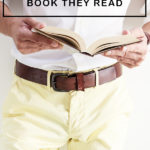 Is your reading list 50 books long or are you the type that wants to read more but you’re not sure what books are good? I tend to be the former, but I’m always curious what everyone else is reading.

Or rather, I placed the question “What was the last book you read?” at the top of my Hinge profile. And then the answers started flooding in. And, trust me, getting dozens of “I read this!” is a million times better than “heyyyyyyy.

I expected a lot of Cormac McCarthy.

I didn’t get a lot of Cormac McCarthy.

What I got, was a diverse list of books, some of which I’d heard of. Many of which I hadn’t. So, I figured I’d share them with you along with the description they gave if they provided one. Some of them made me work for it. And by work for it, I mean go to Amazon and look up the book description of course!

Personally, I’m still reading JD Salinger’s Franny and Zooey. I picked it up at Burning Man while I was waiting for my bike to be fixed, and I really need to finish it because I have The Alchemist next… unless I end up at my local bookshop before then. 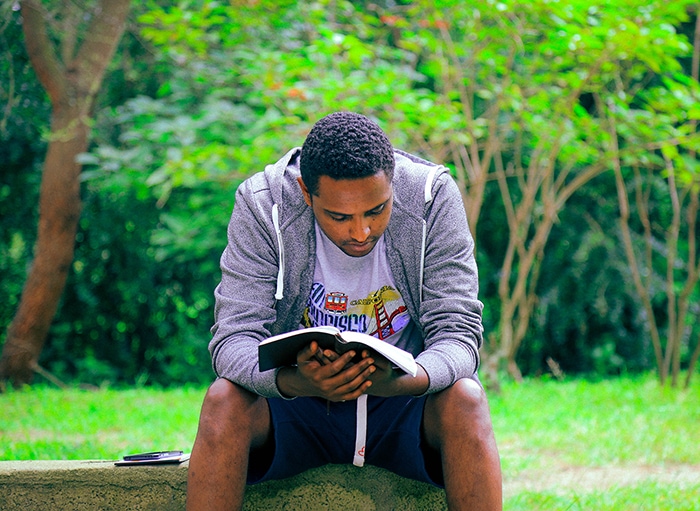 2. Gnomon by Nick Harkaway
“Death of a stateswoman or post-death interrogation shows she invented three or four split personalities and their histories span time and tyranny.” — Ryan

3. Beneath a Scarlet Sky by Mark Sullivan
The “true story of a 17-year-old kid who helped smuggle people over the Alps out of Italy in WW2 and he ends up becoming a spy when he finds himself to be the driver of the 2nd most powerful Nazi in Italy.” — Adam

5. Forgotten Beasts of Eld by Patricia A. McKillip
“It’s a literary fantasy novel. It’s about the reclusive daughter of a wizard who spends her life calling out to mythical creatures and taking care of them. It’s beautifully written.” — Ryan

6. Radical Honesty by Brad Blanton
The idea is that “being as honest as you can be and listening to your feelings is basically the most emotionally healthy way to live.” — Young

7. A Clash of Kings: A Song of Fire and Ice (Game of Thrones, Book 2) by George R.R. Martin
Jeremy didn’t give me with a description, but I think he assumed I knew what it was about. Namely, drinking wine and knowing things. This seems a good idea to mention I once made a Game of Thrones-themed ice cream.

8. The Expanse series by James A. Corey
“It’s a series of near-future sci-fi books that got made into a TV show recently. The inner solar system has been colonized, but life is otherwise continuing more or less as normal. The same human issues follow us into a wildly more advanced future.” — Simon

9. The Three Body Problem by Cixin Liu
“It’s about a strange solar system with three suns that is unpredictable and leads aliens there to fly off in hopes of conquering earth.” — Greg

10. Purity by Jonathan Franzen
No description, but we all knew Franzen was going to make the list eventually. According to the back of the book, “Purity is a grand story of youthful idealism, extreme fidelity, and murder” Wait, is this book a hint at what you’re looking for, Matthew?

11. Tenth of December: Stories by George Saunders
Sometimes, my matches were about as good at providing book descriptions as I was about messaging them back. Sorry, Drew. This one is a collection of short stories by Saunders, who also wrote Lincoln in the Bardo.

12. Freak Kingdom: Hunter S. Thompson’s Manic Ten-Year Crusade Against American Fascism by Timothy Denevi
Eric and I agree that this one really shouldn’t still be relevant… and yet, here we are. Adding this one to my reading list. Also, if you haven’t read anything by Thompson, do. Start with Fear and Loathing in Las Vegas. It’s a short 204 pages and will give you a glimpse into a writer who regularly enjoyed cocaine for breakfast.

13. The Executioner’s Song by Norman Mailer
“The book is an in-depth true crime character study about a convict recently released from prison and his failure to reintroduce into society. It features so many different characters and offers so much humanity in such a slice of life way that it’s basically a longer, more matter-of-fact version of In Cold Blood, but based on a different criminal case.” — Jon

14. Who Rules the World by Noam Chomsky
Brian was non-forthcoming, but this is Chomsky’s deep dive into the current international situation. Well, of 2017. Come on, Chomsky! Get with the times!

16. Sex at Dawn by Christopher Ryan and Cacilda Jetha
“It’s about relationships and societal norms but approached from a generic perspective by looking at family groups in chimps, bonobos, different tribes, and historical family structures.” — Scott

17. Willard and His Bowling Trophies: A Perverse Mystery by Richard Brautigan
When your prized bowling trophies are stolen and your happy life of bowling turns into a life of vengence, even Ryan thinks you’ve been watching the Big Lebowski too much. It was a nice trophy though. Really tied the room together.

18. Meet Me in the Bathroom: Rebirth and Rock and Roll in New York City by Lizzie Goodman
It’s an “oral history on the rock revival in New York during the early 00s.” — Kris (Adding this to my reading list as there a 100% chance Lizzie and I crossed paths when I was a music journalist in NYC then.)

19. A Generation of Sociopaths: How the Baby Boomers Betrayed America by Bruce Cannon Gibney
“It’s about the Baby Boomers screwing us Millennials over.” — David (Don’t get this one for Mom.)

20. A Burglar’s Guide to the City by Geoff Manaugh
It was “about how increasingly clever burglars influenced cities.” — Brandon

21. Magic Hours by Tom Bissell
“It’s a book of stories about artists/creatives and their processes.” — Derek

22. Feel the Fear and Do It Anyway by Susan Jeffers
It’s about “how fear is always present and fear in and of itself isn’t the ‘problem’ and inaction is the main culprit in preventing necessary experience or action.” — Alex

23. The Corruption of Capitalism: Why Rentiers Thrive and Work Does Not Pay by Guy Standing
“It’s a bit long [but offers] some interesting solutions to the current economic situation.” — Matthew

24. bird by bird by Anne Lamott
“It’s one of the better books on writing and the creative process that I’ve read.” — Jason

25. As If! The Not So Clueless Alicia Silverstone by Jason Rich
Ugh, gag us with a spoon, Evan! Next you’re going to tell us Rob Lowe doesn’t age.

26. How to Be a Stoic: Ancient Wisdom for Mondern Living by Massimo Pigliucci
Brought to you by Seneca, a man with a very dry sense of humor.

28. A Brief History of Time by Stephen Hawking
Like, how brief? My attention span is what were you saying? Recommendation by Ian.

29. Preparation for the Next Life by Atticus Lish
“It’s about a Chinese woman who migrates to the US and is struggling to get by and has this love interest with an Iraq War veteran. Much of the book is them wandering the streets of NYC together, with rich descriptions that made me miss it here. But, mostly it’s about people living on the edge and what that’s like.” — Edward

30. A Study In Emerald by Neil Gaiman
Chris enjoyed this new Sherlock Holmes murder mystery set in the world of H.P. Lovecraft.

31. The Perfect Storm by Sebastian Junger
“I have a weakness for media with big waves.” — Dylan

32. Boy, Snow, Bird by Helen Oyeyemi
Josh read this discussion of race and identity told within the confines of a fairy tale. Or rather, one of the original fairy tales. For instance, in the original Little Mermaid by Hans Christian Andersen, the Sea Witch doesn’t just remove her voice, she cuts out her tongue. Sha la la la la kiss the girl!

33. Paddle Your Own Canoe: One Man’s Fundamentals for Delicious Living by Nick Offerman
Step one: Marry Megan Mullally. Step two: Open a woodshop. Brad loved this book by the Parks and Recreation star and I think you would too.

34. The Truth Machine: The Blockchain and the Future of Everything by Paul Vigna
Really, Graham? We’re still talking about blockchain?

35. West With the Night by Beryl Markham
Markham’s memoir, first published in 1942, details her 1936 attempt to become the first person to fly nonstop from Europe to New York and the first woman to pilot that route at all. And you thought making it to the coffeeshop in the rain was difficult. You can thank Pete for this one.

36. You Are a Badass by Jen Sincero
If you want to change the world, change your life, or just feel more oomph when you get out of bed in the morning, may we suggest caffeine? Or this book by Jen Sincero (An official Tim recommendation).

37. Down Girl by Kate Manne
“It’s a nonfiction book on the difference between misogyny and sexism.” — Nathaniel (TL;DR: Both are bad.)

38. Fascism: A Warning by Madeline Albright
Josh turned us onto this book written by Albright — the first woman to serve as U.S. Secretary of State. It focuses on how the fascist idelologies of the 20th century are being used by some political leaders :cough: Putin :cough: today.

39. Infinite Jest by David Foster Wallace
“I just started it in an effort to be more of a white college guy stereotype.” — Mike

40. The Secret History by Donna Tartt
“It’s about a murder at a university, but it’s so much more than that.” — Alexander

41. A List of Things That Didn’t Kill Me by Jason Schmidt
Patrick didn’t tell us much about this memoir about resilience, but there’s always Amazon.

42. Ready Player One by Ernest Kline
All we know is it’s about video games and pop culture and neon and we’re totally going to fail the Turing test aren’t we, Karlis?

43. Farewell My Lovely by Raymond Chandler
“It’s a gritty, noir detective story based in Los Angeles and the sequel to The Big Sleep.” — Pete

44. The Course of Love: A Novel by Alain de Norton
“It’s half a novel and half a critique of romanticism and its effect on our love lives, basically.” — Ingmar

45. Islands in the Stream by Ernest Hemingway
“It’s all about sailing around the Caribbean. He’s hunting a German submarine but it’s really a metaphor for him working through some deep stuff.” — Scott

46. So Long See You Tomorrow by William Maxwell
The novel is “a combination of memoir and true crime. It’s really beautiful writing.” — Michael

47. Cold Storage by David Koepp
“It’s about this semi-sentient alien fungus that uses humans as a host and takes over their bodies and brains then makes them explode to scatter itself everywhere.” — Mike

48. How to Change Your Mind: What the New Science of Psychedelics Teaches Us About Consciousness, Dying, Addiction, Depression, and Transcendence by Michael Pollan
I knew what this book was about, so I didn’t ask. Mostly because I read the full title! Way to give it all away, Pollan.

49. Doctor Faustus: The Life of the German Composer ADrian Leverkuhn as Told By a Friend by Thomas Mann
“Ever read any Mann?” — Justin (Every day, man. Every day.)

50. Good Omens by Neil Gaiman and Terry Pratchett
“The TV series is fantastic, but it’s not nearly as good as the book.” — Pete

Latest posts by Rebecca Swanner (see all)
As an Amazon Associate we earn from qualifying purchases. This post may contain affiliate links from Amazon and other sites that we collect a share of sales from.
118 shares