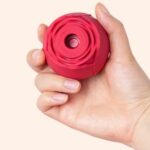 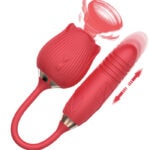 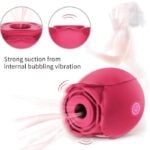 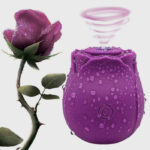 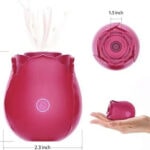 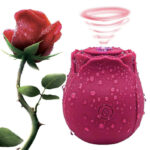 The possibly Bachelorette-inspired toy went viral on TikTok with tons of raving, minute-long reviews. Apparently that’s more than enough time for a recap, since many users reported orgasming within 30 seconds. 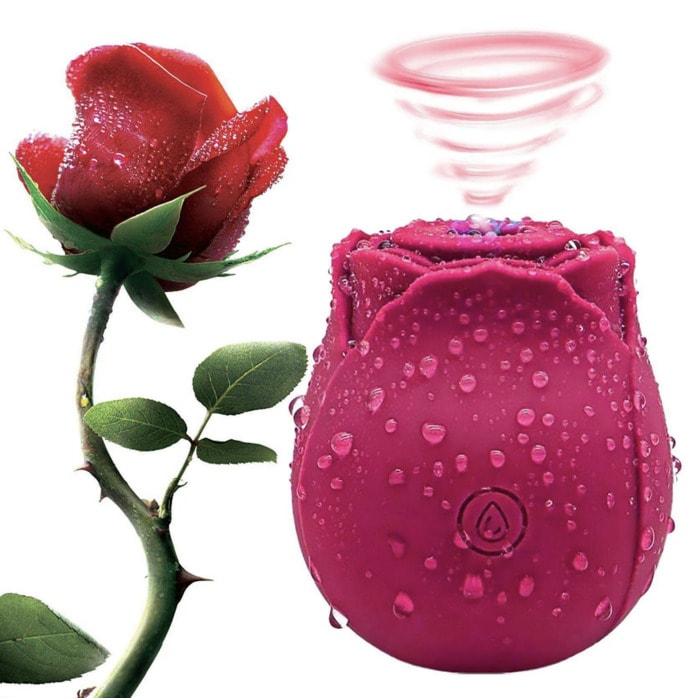 It also comes with a soft, pink lint-free bag that you can use if you ever want to put the toy away (you won’t). 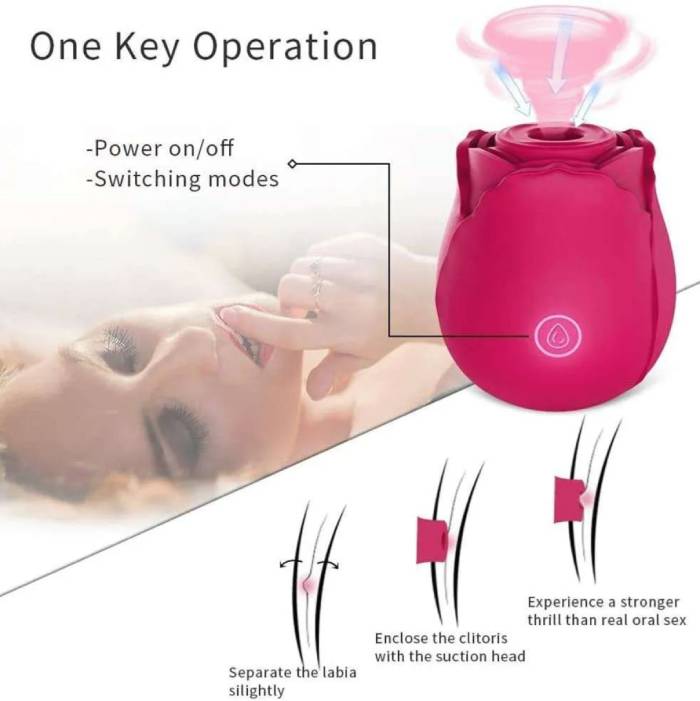 There are five color versions to choose from: red, pink, purple, black, and blue. What color rose symbolizes orgasms? We’ll just get a whole bouquet to be safe.

Multitasking at its absolute finest. 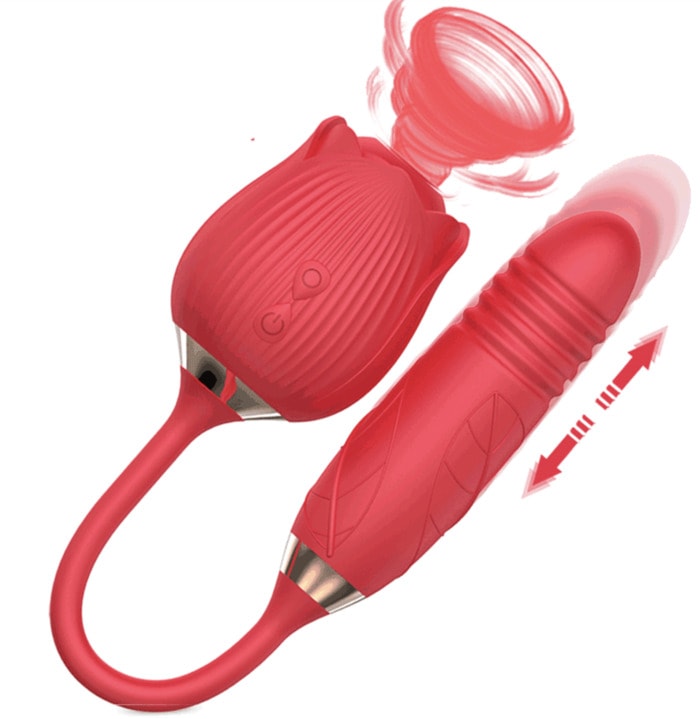 How Does the Rose Toy Work?

For sucking action, place the center hole over your clitoris and hold the power button to turn it on. Then, click the power button again. The rose will start sucking like it’s trying to get the last sip of a thick milkshake. Is that why there are all these boys in our yard?

The Rose Toy has ten sucking and vibrating modes. You use the power button to click through the different modes. You can also use the toy on other sensitive parts of your body, like your nipples or neck. All our teen fashions are back in style – maybe hickeys are too? 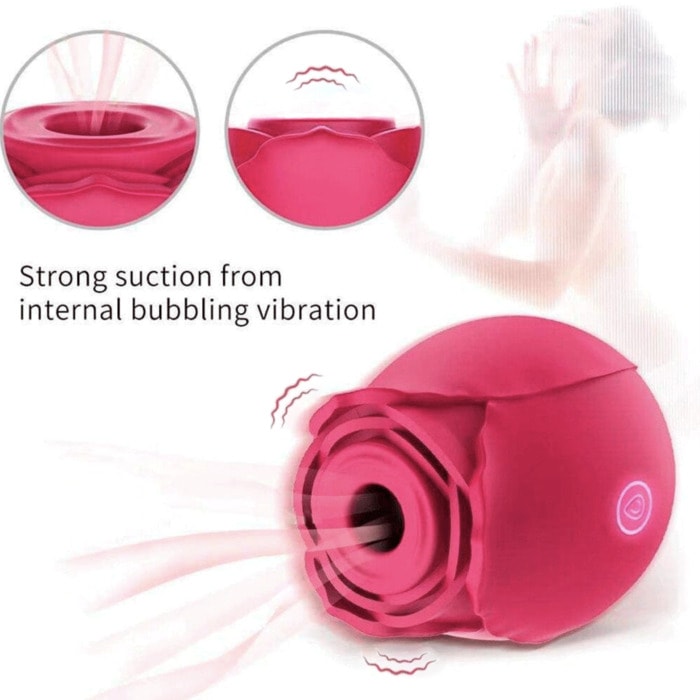 I definitely prefer its cutesy design over other toys with bulging veins that make me feel like I robbed the Terminator of his most important tool.

The vibrator’s approachable design makes it the perfect starter clit sucker. The wide base is easy to hold for solo play. To those saying this toy will get the job done in 30 seconds or less: you can add me to the list.

I went from opening the box to orgasming in minutes. I just hope my mail carrier got out of screaming range in time. 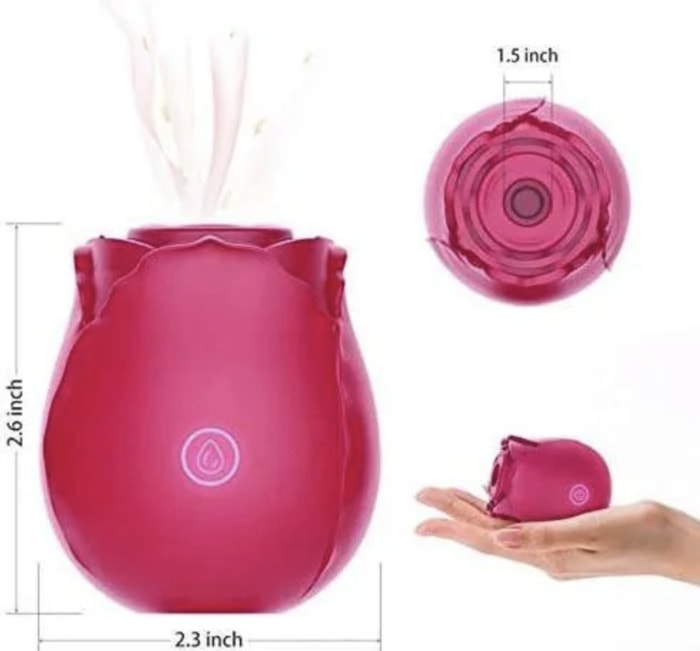 The suction modes are intense and get the job done. You can’t control the vibration and suction separately, but some modes are almost all suction with no vibration, and vice versa. I recommend trying out the modes on the tip of your nose or finger to feel the intensity of the modes before you stick in on the most sensitive part of your body.

The sound was relatively quiet for how powerful the motor was. But I can’t speak to how quiet you will be while you’re using it. My neighbors may have complaints, but I also haven’t left the bedroom to check.

I did eventually need to take a shower and can confirm that the toy is waterproof. 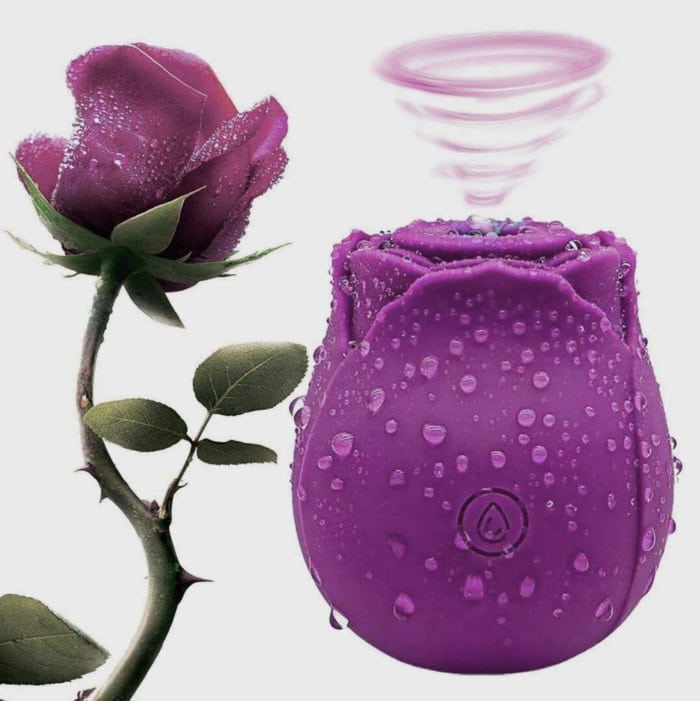 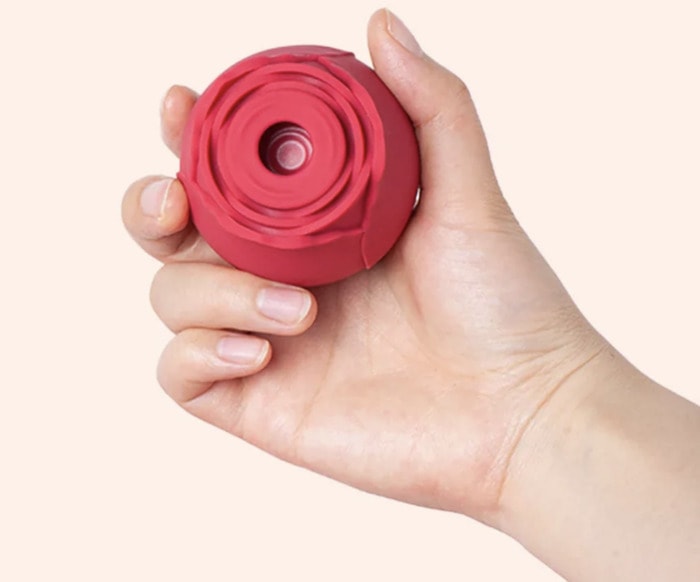 Due to its popularity, Amazon is full of different versions of it. But not all of them are good quality. Since the sex toy industry is unregulated, it’s hard to know who the sellers are and if their version of the rose is made with body-safe materials.

Stick to trusted sex toy manufacturers that use medical grade silicone. Our Rose Toy was made by Adormie and was gifted by RoseToyOfficial.com. You can order a similar one from Adam and Eve.

Latest posts by Madison Higgins Hwang (see all)
As an Amazon Associate we earn from qualifying purchases. This post may contain affiliate links from Amazon and other sites that we collect a share of sales from.