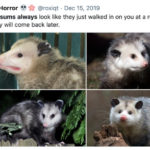 When it comes to funny tweets about raccoons (and the occasional possum), no one writes them better than Roxi Horror, also known by her Twitter handle @RoxiQT.

This horror-themed comedian carved out her unique niche after a tweet about summoning demons went viral. Since she’s often got us in stitches (we mean that figuratively this time), we wanted to give her the spotlight. And make her do the hard work by answering our questions while we peruse her TeePublic shop.

Raccoons always look like they are in the middle of telling a story about how big something was. pic.twitter.com/XSQfOkN2t2

Let’s Eat Cake: You’re from Canada. Does cold weather make people naturally funnier?
Roxi Horror: Definitely. I think when you grow up with the constant fear that a moose could be lurking nearby, you are naturally funnier.

Who are some of your favorite other comedians (dead or alive)?
As far as stand-up comics go, I really enjoy Iliza Shlesinger and John Mulaney. Most of my favorite funny people are friends of mine that I’ve met through Twitter: @MichaelaOkla, @smithsara79, @PallaviGunalan, @Skoog, and @KylePlantEmoji to name a few.

We’d check them out but we’re scared of going on the Internet. Raccoons – why do you love them so much?
I can’t help but adore an animal that is not afraid to break into a coffee shop through the ceiling to steal a donut.

Fair. Do you have a favorite raccoon?
My favorite raccoon is a raccoon named Boomer who lives with my friend @CdyRnkn on Twitter. You may have seen Boomer around on Twitter. He is featured in a pretty popular raccoon video where he is wearing sunglasses and enjoying a nice drink in a flamingo pool floatie.

That’s the last time we let anyone film us on vacation. Who would win in a battle: Rocket or Meeko? Why?
I like to think that they would not fight each other and instead, team up to ransack a convenience store together. But to answer the question: Rocket would win because he has technology on his side.

How did you create or discover your niche?
My first viral tweet was about summoning demons and it just sort of became my personal brand. Roxi Horror is a silly reference to Rocky Horror and then my skull icon is art that I actually made. It all just seemed to mesh well together. I started tweeting about raccoons later.

Life is short. Write that novel. Paint that painting. Try new recipes. Learn black magic. Go into the forest at night. Summon a demon. Earn that demon's trust. Become best friends with it. Brag to everyone else about your new cool demon best friend. Knit that sweater.

How’d you get into comedy? Any tips for breaking in? Or getting better at Twitter?
It’s kind of a weird story but my dad used to tell me on a regular basis that I was not funny. Then he died. Once he died, I decided to tweet something that was funny to me and it went viral.

Then a bunch of other comics started to notice me. We ended up talking and now I’m here. I think everyone has a different journey when it comes to how they start out in joke Twitter but mine started with my dad being wrong. So I guess my advice to anyone that wants to get into comedy on Twitter is to ignore the haters, believe in yourself and put funny stuff out there. Eventually, if it’s meant to be, other funny people will notice.

1. Did anyone spot a fanged rabbit?

FRIEND: It's called cauliflower. It's not ghost broccoli.

ME: [taking a long drag on my cigarette] Listen kid, I know what I saw.

3. This hits harder than it should right now.

Due to personal reasons, I've decided to replace my hair with snakes & turn people who stare at me into stone.

He was a skunk She did ballet pic.twitter.com/stkqmgvg3B

9. Do you really want your commute to be worse?

THERAPIST: [over the phone] How have you been passing the time?

ME: [mixing 4 types of cereal together to create a stronger, more delicious super cereal] I'm learning to cook

If you don't like the taste of coconut water, a trick I've found is to open the container, pour the liquid into a large bowl & let that sit for a moment. Then take the bowl outside & pour the coconut water carefully into the grass. Feel free to share this trick with your friends.

I don't know how to explain this but this cat represents the mood I've been in since March.pic.twitter.com/iGTIGtb2dr

14. Literally any swamp will do at this point.

WOMEN: When I had my IUD inserted, I blacked out from the pain but it wasn't a big deal

MEN: Condoms are uncomfy 🙁 If I have to wear one, this is going to be the worst day of my life 🙁 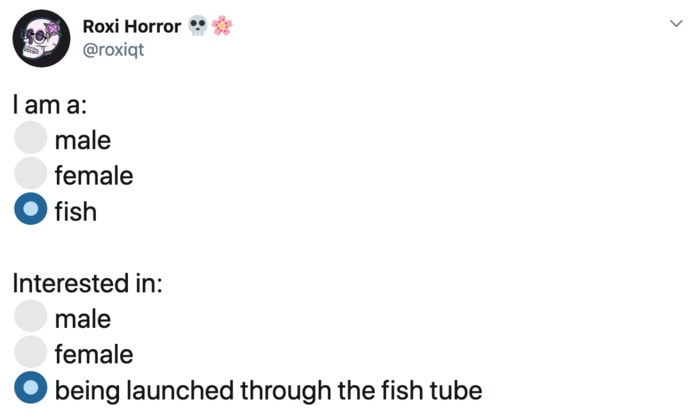 17. Excuse us but we’re going to need that dress.

I heard that people like curvy women. Well, I have scoliosis & a new dress. ✨ pic.twitter.com/ICKm2sX3eS

This is the most beautiful bird I have ever seen.pic.twitter.com/E2Z9T7HT0a

Having ADHD is cool because it's like, alright, I'm going to sit down, focus and write a tweet but first, I need to get a cup of coffee from the kitchen but my favorite mug is actually in the bedroom on the bookshelf that I should take a second to organize alphabetically

22. She found the only silver lining.

Due to personal reasons, I'm going to live on a yacht with a family of raccoons. https://t.co/oXarJqyiXB

24. We’re gonna show ourselves out.

DEMON: No offense but… I'm gonna head back to Hell

ME: [eating frozen waffles] why 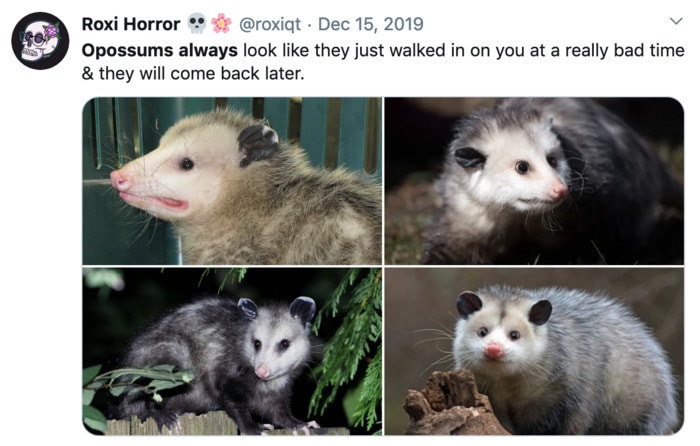 Love her Tweets? Shop her TeePublic store to own an official RoxiQT design. Our eyes are on this raccoon sweatshirt. 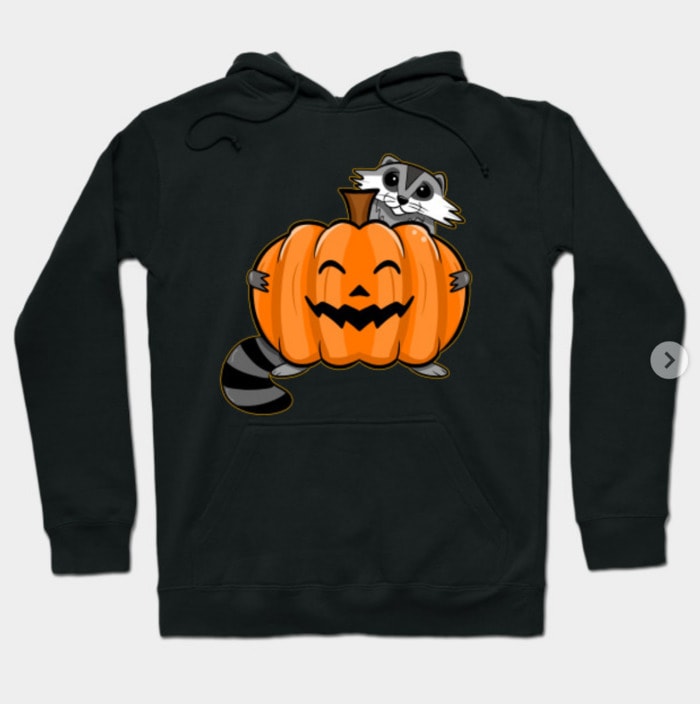 Latest posts by Rebecca Swanner (see all)
As an Amazon Associate we earn from qualifying purchases. This post may contain affiliate links from Amazon and other sites that we collect a share of sales from.
150 shares