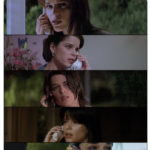 The 1990s just can’t seem to stay away. From low rise jeans to bucket hats, the decade just won’t die. And that’s never been more true now that we have the new easter egg-packed Scream trailer for the upcoming 2022 film.

That’s right, your favorite masked killer is coming back to the silver screen for the fifth time. And if your preferred masked psychopath is somehow Jason, we’re talking about Ghostface. He last terrorized victims in 2011, and is coming back for more on January 14, 2022. We have a lot of questions, one of which is how he keeps his black robes from fading.

The new trailer opens up with the iconic scene of a phone ringing, as a young girl (Jenna Ortega) stands alone in her house. She then promptly…hangs up. After all, who answers phone calls these days?

But our new Ghostface is up to date with all the recent technology, and his reign of terror soon begins.

We can only assume that the Internet has been watching this trailer non-stop, because traffic is pretty light today, and there are tons of people finding Easter eggs in these two minutes and 18 seconds.

Here are some of the best clues and Easter eggs from the new Scream trailer. Because yes, you should probably watch it again.

10 Easter Eggs We Found in the New Scream Trailer

Jenna Ortega, who you may know from You on Netflix, mirrors Drew Barrymore’s short lived character in the opening scene. She’ll be fine, right? 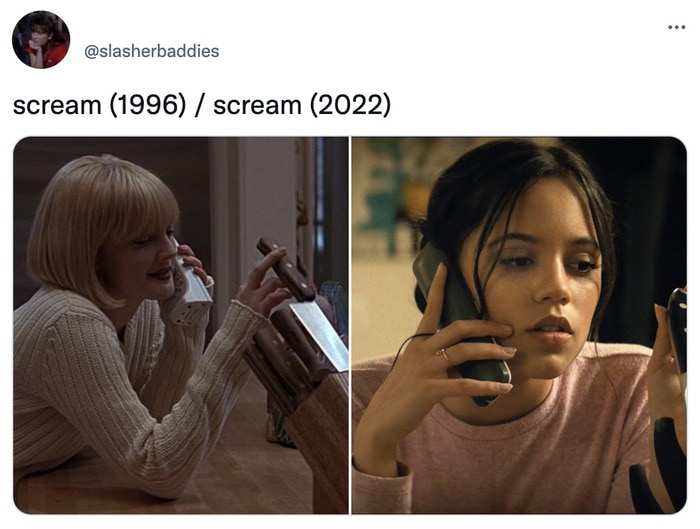 Just kidding. Of course she’s going to die! Or at least she has a dance with death and Ghostface, as he plays the scary game of “unknown caller breaking into your house.” Questions about your cars extended warranty doesn’t sound so bad anymore. 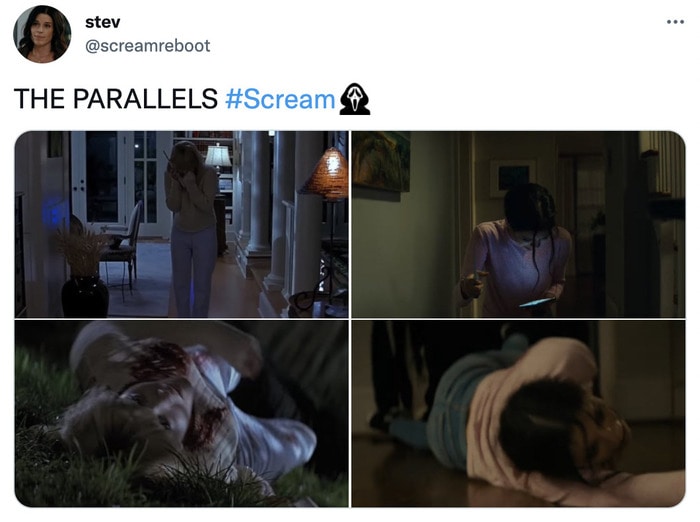 A scene for the ages. Sydney should know by now that answering the phone never results in something good. Should we tell her about texting? 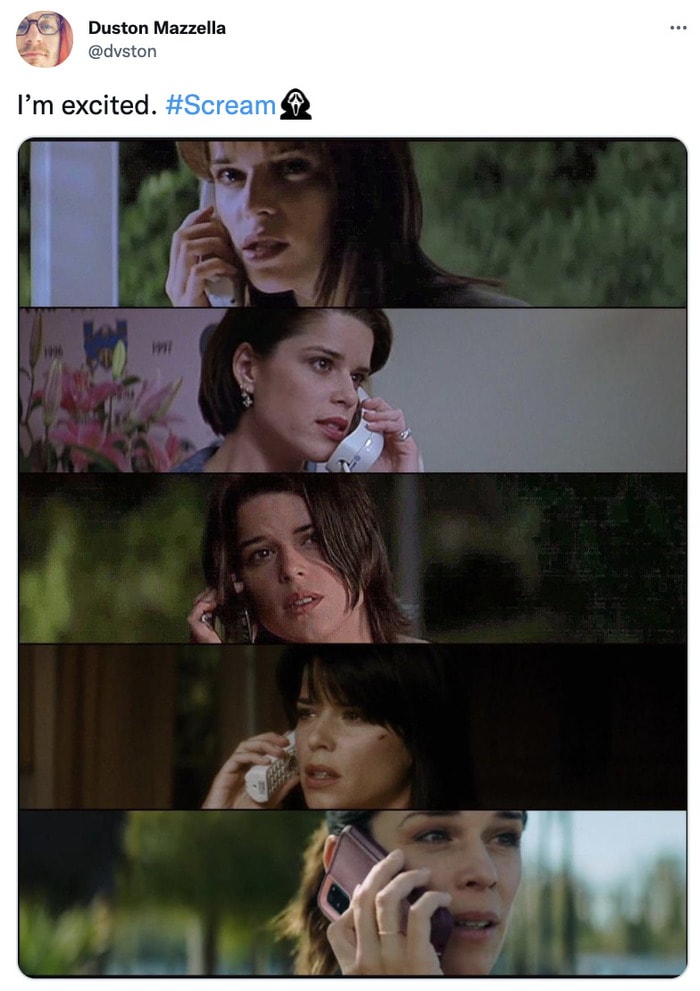 Ahh…well now we see why texting may be an issue for her. Those green bubbles? Yikes. 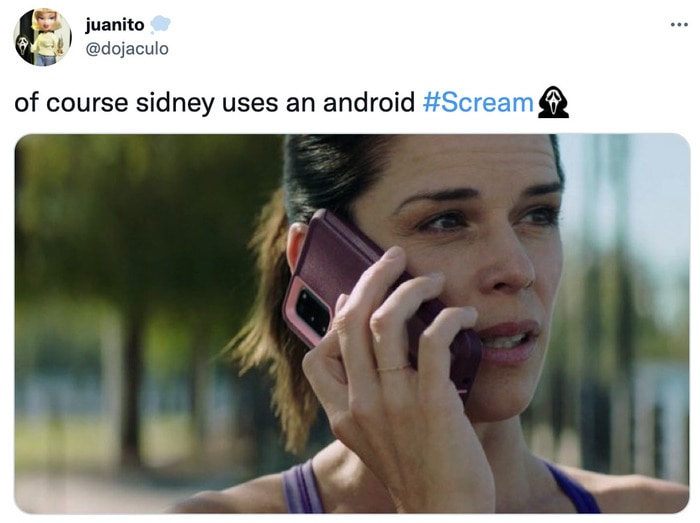 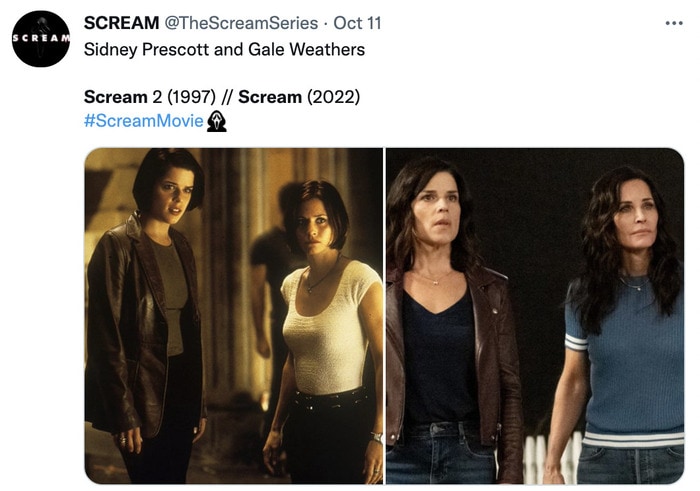 The new Scream trailer gives us a look at Ghostface confronting Sydney once again. Who’s behind the mask? We don’t know yet. But we can smell the obsession leaking from behind it. 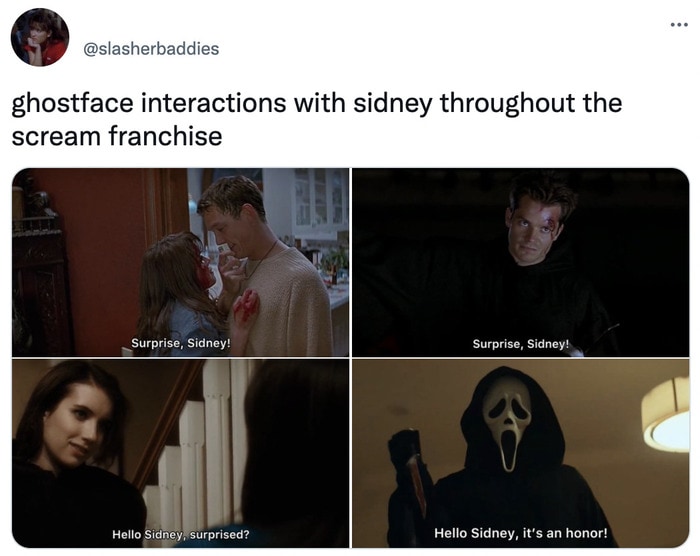 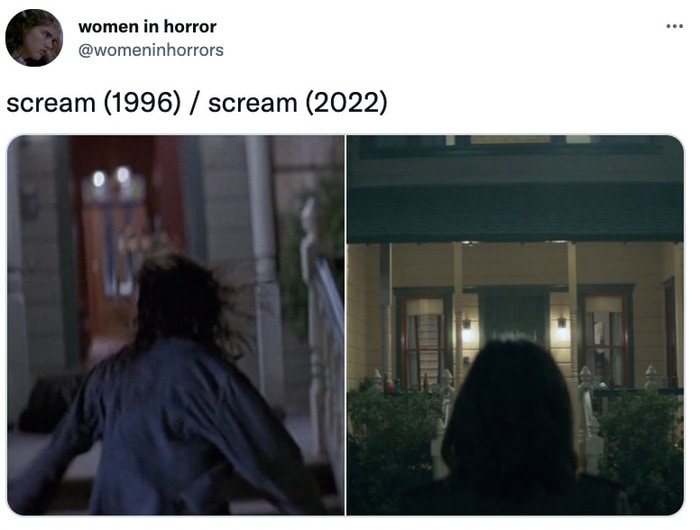 We’re not saying that something bad always happens to lovers in a horror movie…but we don’t have a great feeling about this subtle sign. We do, however, love the stacked choker look. So ’90s. 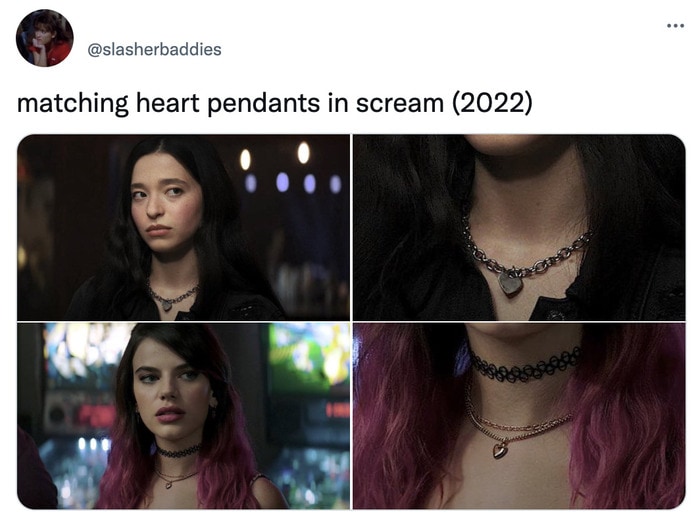 Ok this is definitely a reach. But you can’t say that these two photos of characters played by Matthew Lillard, AKA Stu, don’t look identical. No one looks back at it quite like he does. 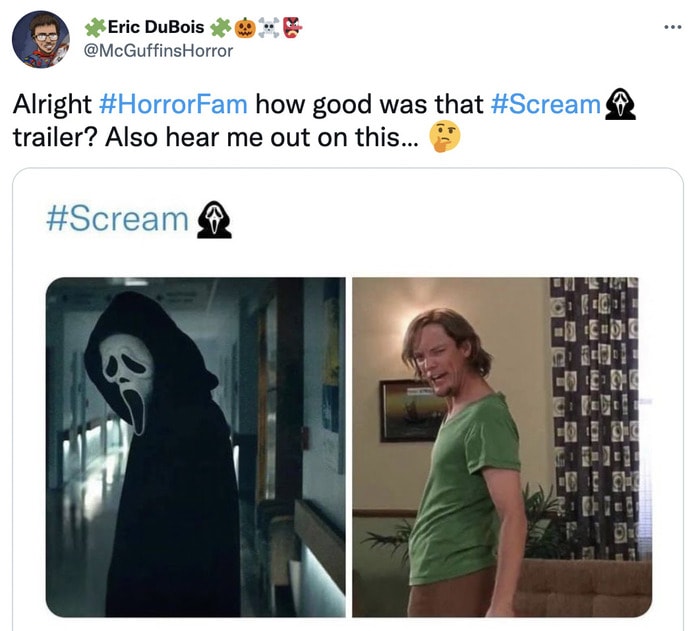 “I’m Sydney Prescott, of course I have a gun.” We’re calling this as one of the top lines of the film (if not just the trailer). She’s used weapons in the past, and it doesn’t look like she’s gotten rusty over the past 10 years. 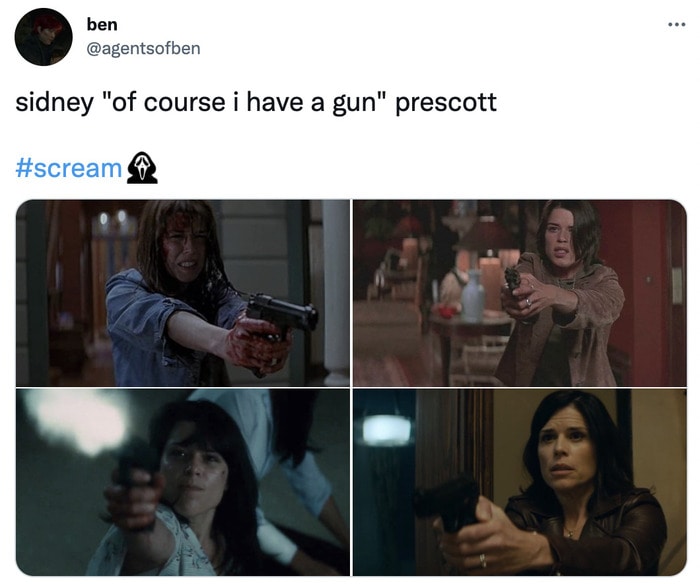 So this is how they’re going to play it? Messing with our heads from the very start, the marketing geniuses behind the new Scream movie are reminding us once again, that no one is off limits. 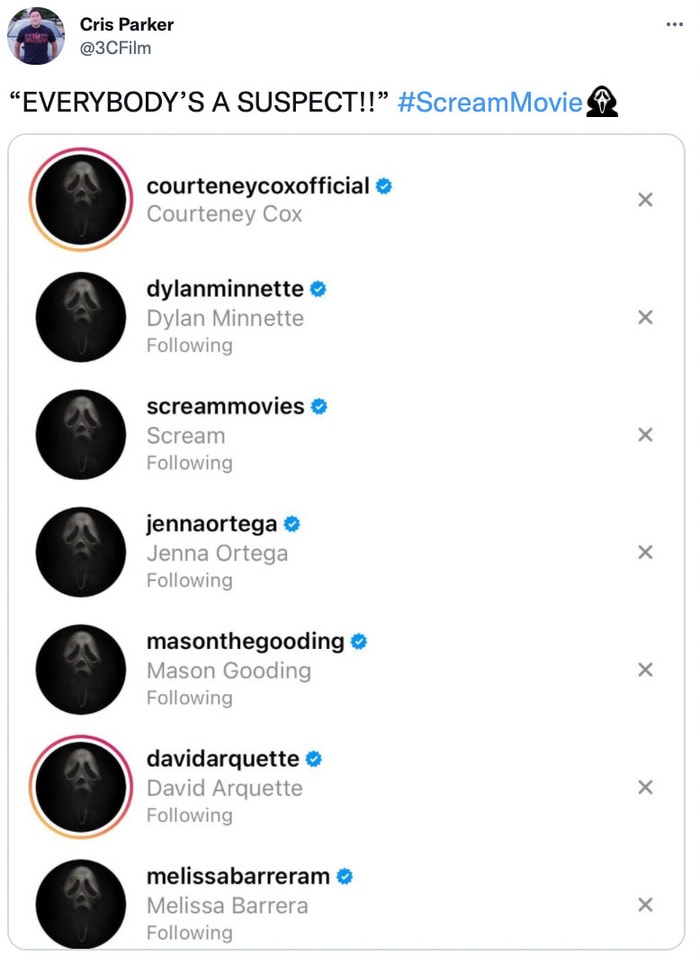 It would be the comeback of the decade, TBH.

no one talk in manifesting stu surviving scream 1 and returning as the killer in scream 5 🤞🏼🤞🏼🤞🏼🤞🏼🤞🏼🤞🏼🤞🏼 pic.twitter.com/hHQ5joPrrB

13. Think we’ll find any more hidden details if we watch it backwards?

me constantly hitting replay for the #scream trailer pic.twitter.com/oLoU4pI5mZ

Latest posts by Hannah Rex (see all)
As an Amazon Associate we earn from qualifying purchases. This post may contain affiliate links from Amazon and other sites that we collect a share of sales from.
133 shares