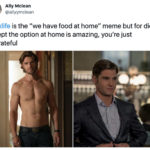 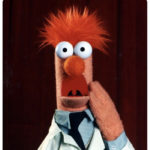 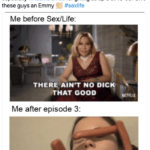 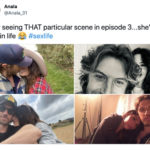 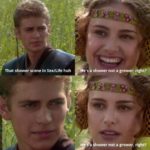 Last Friday, Sex/Life debuted on Netflix. The eight-episode show is about the relationship between stay-at-home-mom Billie (Sarah Shahi) and her husband Cooper (Mike Vogel). And… her ex Brad (Adam Demos) who she can’t stop thinking about. At least it’s not Margaret Thatcher?

And, in Episode 3, Cooper follows Brad to the gym. (It’s not weird if you don’t think about it too hard.) We get a very eye-opening shower scene at the 19 minute 50 second mark when Demos turns around the in shower and flashes the camera full frontal. And boy, is there a a lot to take in. 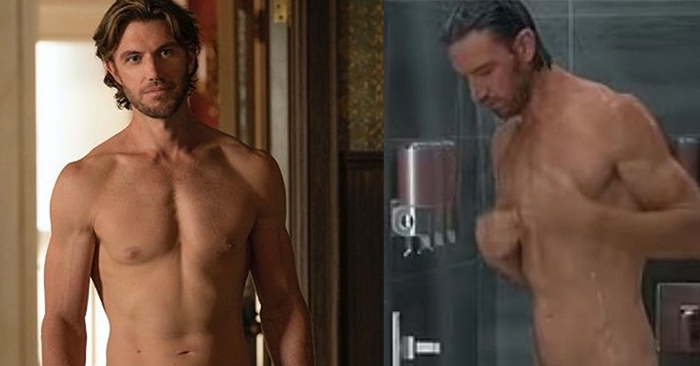 It’s not the first time a movie or show has featured full frontal, but Demos’s is well-endowed enough that there’s now a TikTok trend of people blind reacting to the scene. We’re no size queens, but apparently his dick — whether or not it was a prosthetic — is big enough to cause a stir on the Internet.

Demos says it wasn’t a body double and when The Cut mentioned that “People will be talking about your full-frontal scene a lot.” He played coy, answers, “You know, you sacrifice for the art.” Unless he fesses up one way or the other, we’ll never know… but Shahi probably does (the two are dating in real life).

There's full frontal dick on #Sexlife. I wasn't not expecting that. 365 needs to step it up. pic.twitter.com/aoNePAUros

When Brad turned around in that shower #SexLife pic.twitter.com/xmGxiDonuE

3. Prosthetic or not, we stan this. 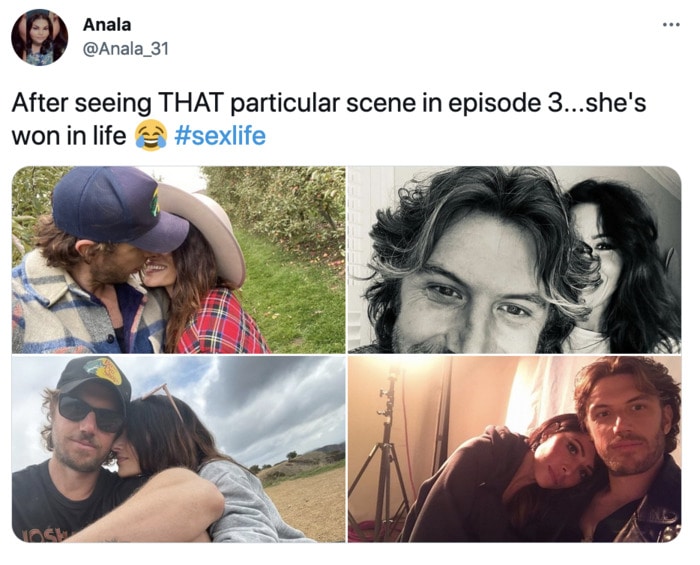 4. And that’s a lot coming from a Muppet that looks like one. 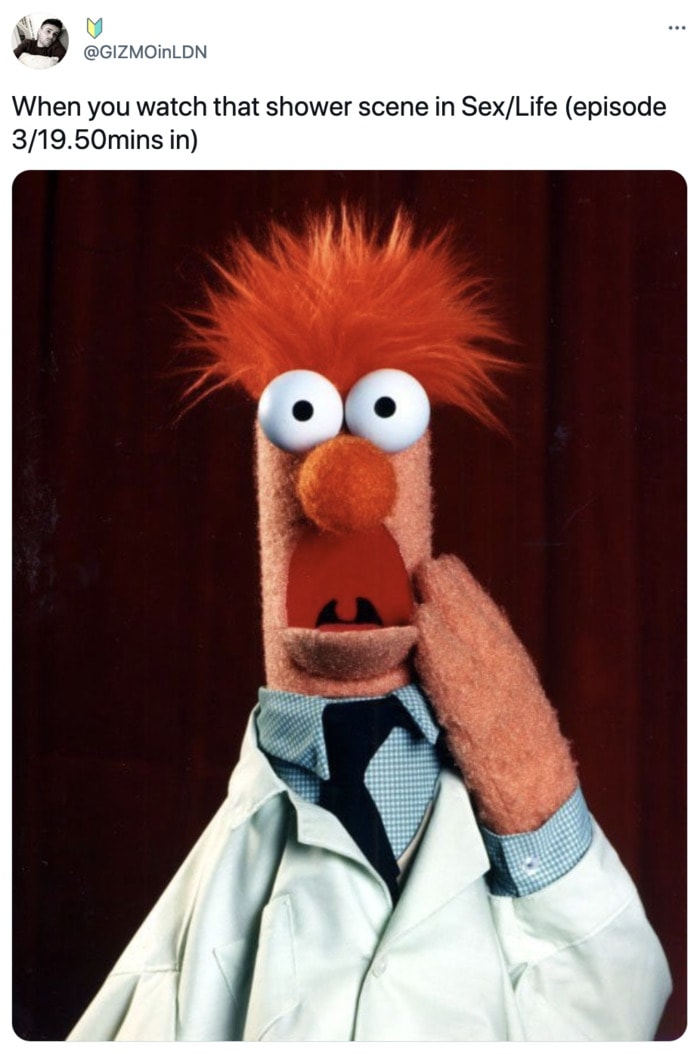 5. Perhaps with your partner.

Um has anyone watched Sex/Life on Netflix cause a cold shower is definitely needed 🤣 pic.twitter.com/2l5u9vaDl3

Episode 3 shower scene with Brad. Billie I get it! #sexlife pic.twitter.com/DWq1s7zfZp

7. We’re watching for the plot.

I just want to take a moment to thank @netflix, sex/life producers, directors, camera men & writers, and especially #AdamDemos for giving us ep 3 at 19:59. Give these guys an Emmy 👏🏼 #sexlife pic.twitter.com/iPcLUQqDNw

8. Sometimes the food at home is actually even better.

#sexlife is the “we have food at home” meme but for dick, except the option at home is amazing, you’re just ungrateful pic.twitter.com/zSst2NYpHx

9. Where is the pause button?

So about that shower scene… #sexlife pic.twitter.com/snUzhdBXo6

Okay if that penis in Sex/Life wasn’t a prosthetic, I can only hope that homeboy isn’t a grower as well as a shower cause he could probably kill someone with that thing

Watching the new show Sex Life episode 3 location 20:00 and wondering if Netflix tracks how many times we rewind and watch again because… I’m on 4 times. 🥴🥴 pic.twitter.com/o2fS6PDjB8

14. The producers right at this moment…

15. Size queens, this is your moment.

Haha when u search 19:59m into episode 3 of Sex/Life not gonna spoil it but pic.twitter.com/Y5XFrKG55E

Latest posts by Rebecca Swanner (see all)
As an Amazon Associate we earn from qualifying purchases. This post may contain affiliate links from Amazon and other sites that we collect a share of sales from.
112 shares