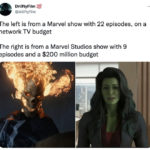 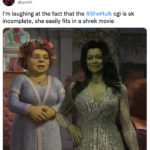 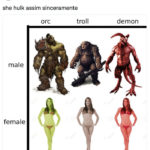 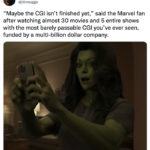 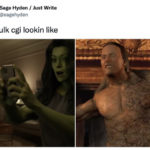 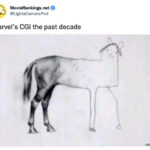 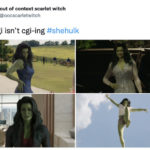 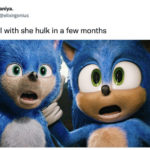 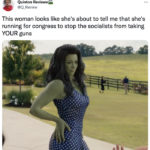 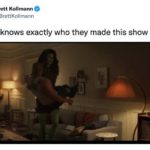 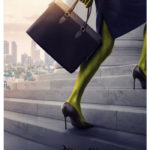 Although there are some mixed responses to this first look, almost everyone can agree that the CGI is a little lacking, especially given Marvel‘s history (and deep pockets). But if you can ignore the fact that She-Hulk looks like she belongs in a Shrek movie, it’s easy to get excited about Tatiana Maslany’s portrayal of this green law machine. 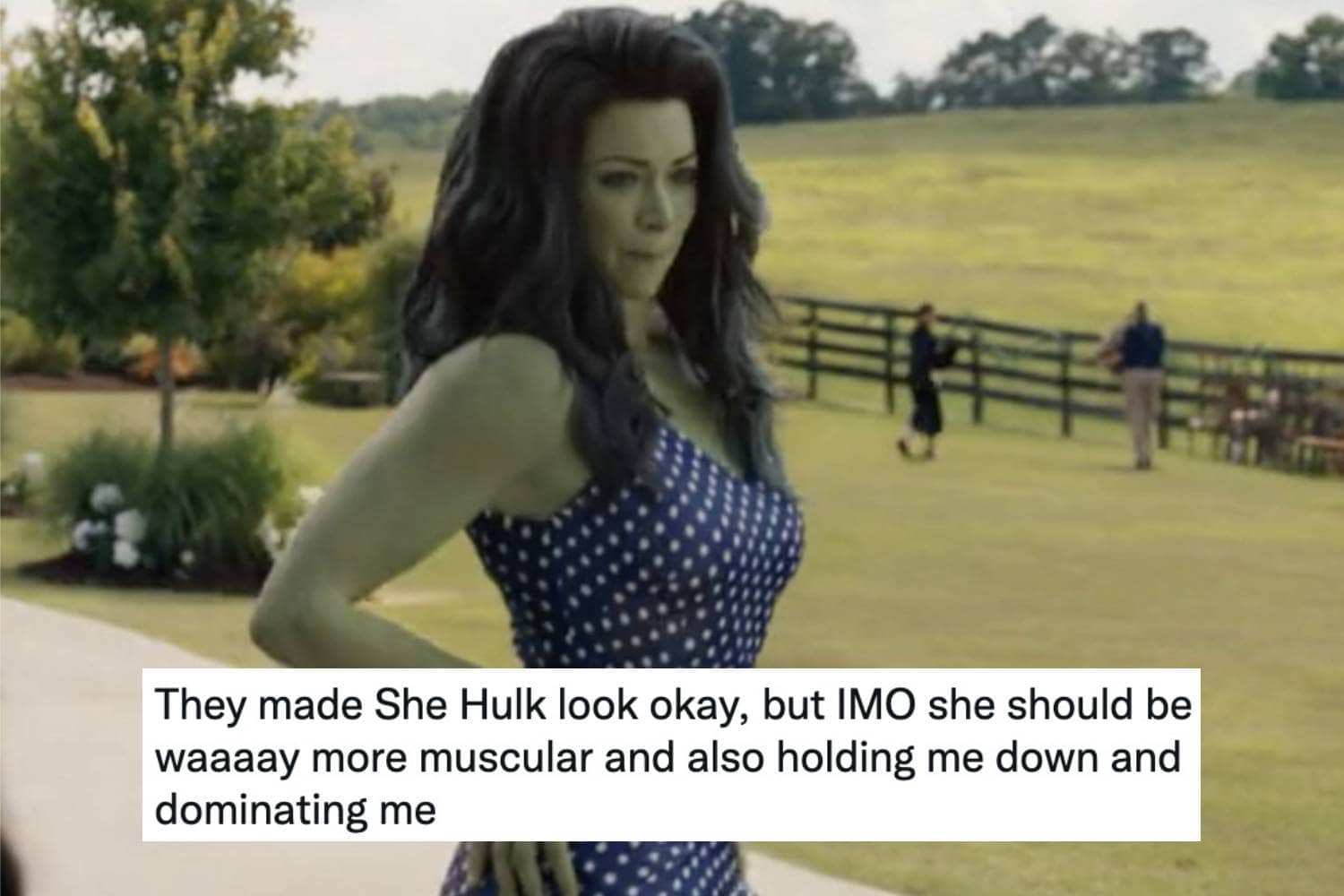 While we wait for the show’s release and brace ourselves for creepy comments about this sexy monster women, here are the funniest She-Hulk trailer memes and tweets so far. 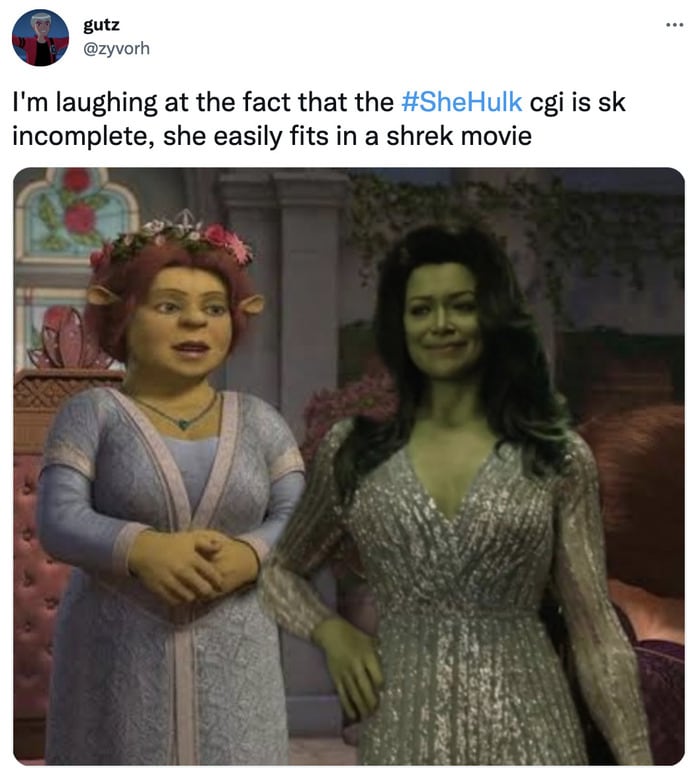 2. Have you tried turning it off and on again? 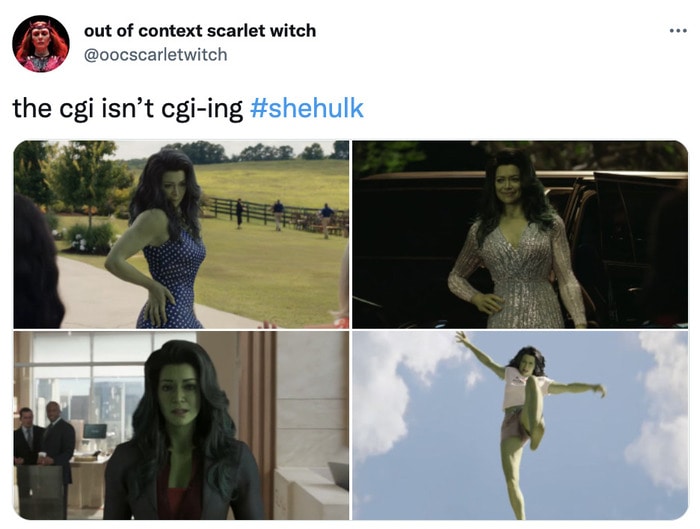 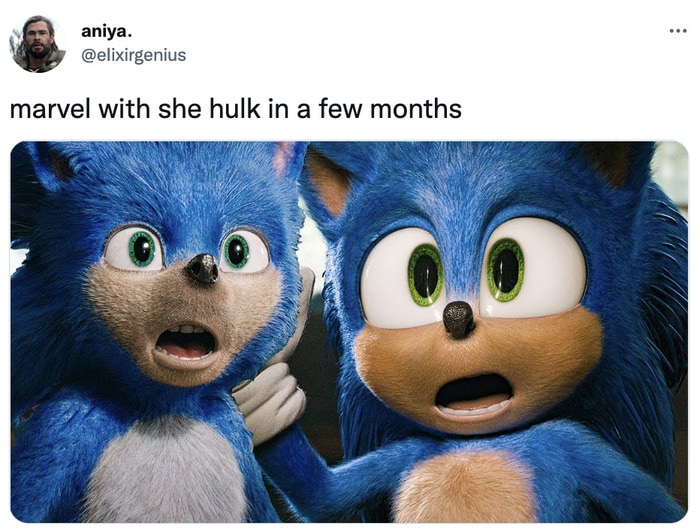 5. Please tell us this has a killer Smash Mouth song cover? 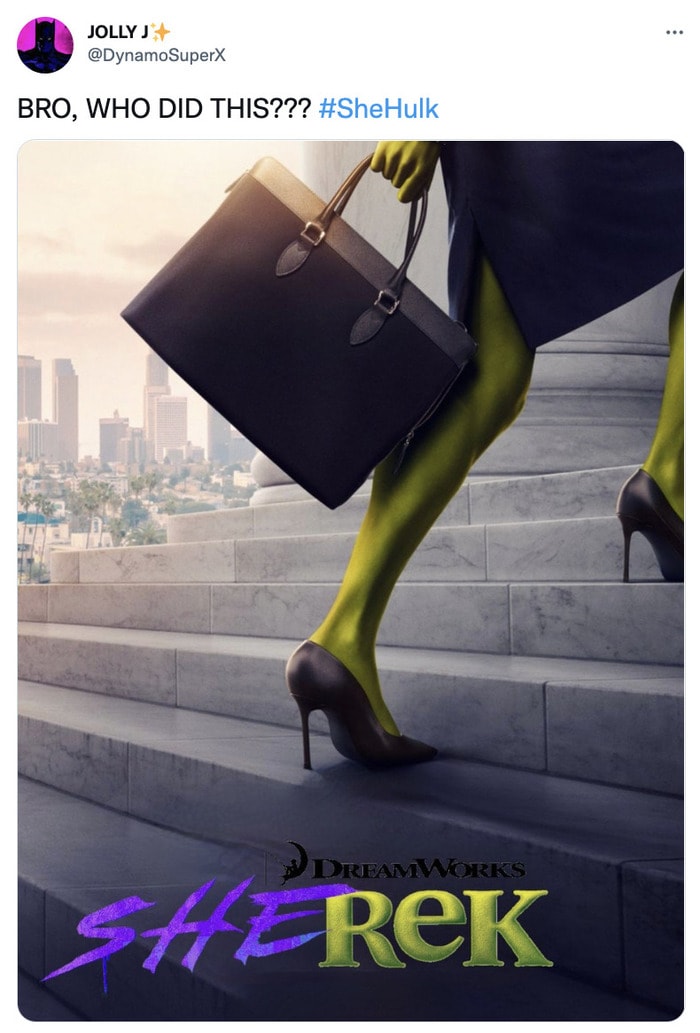 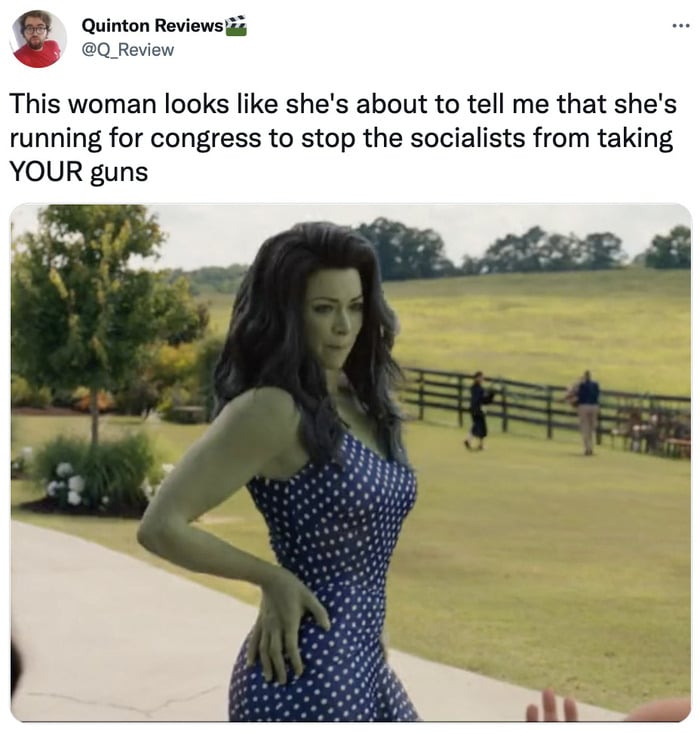 7. How did we miss this in the trailer?

she hulk after that dinner date pic.twitter.com/qP3cDzniKJ 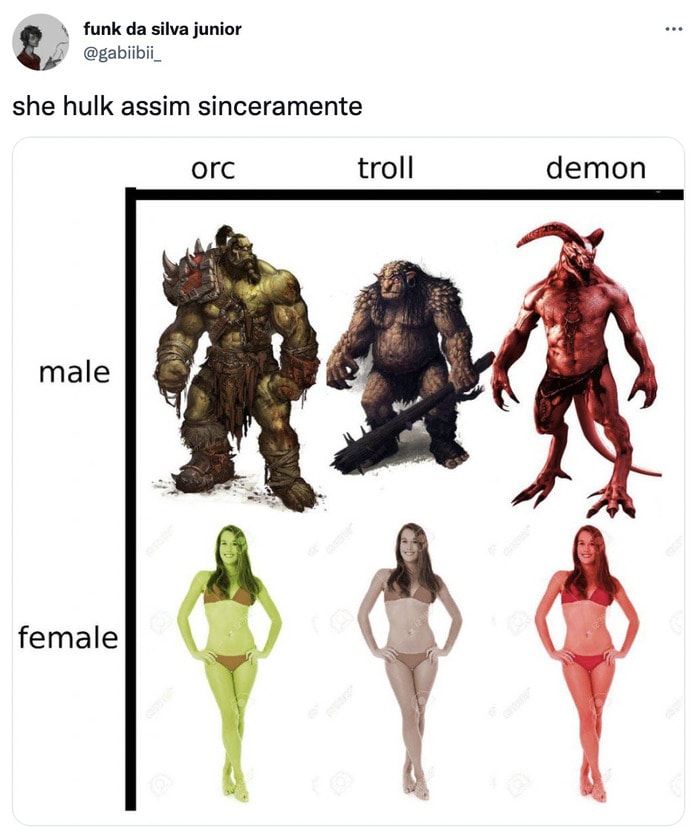 9. We get tired after sending two emails, so we can’t really judge. 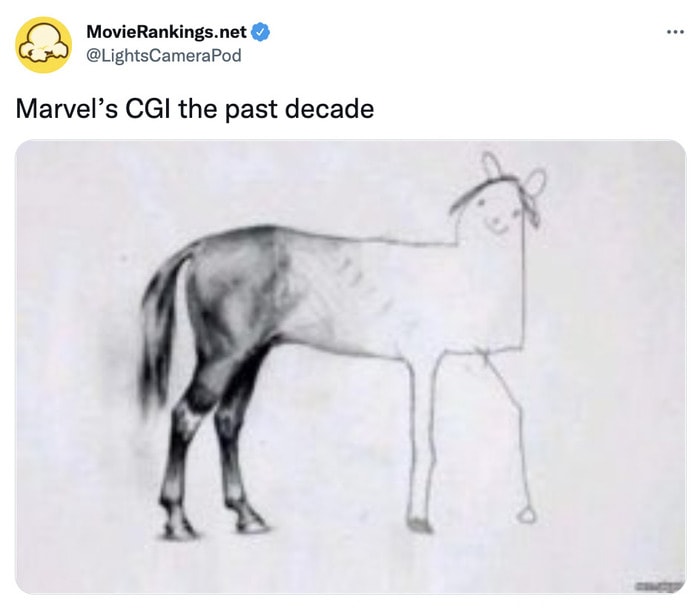 10. There’s that positive thinking you learned about in therapy! 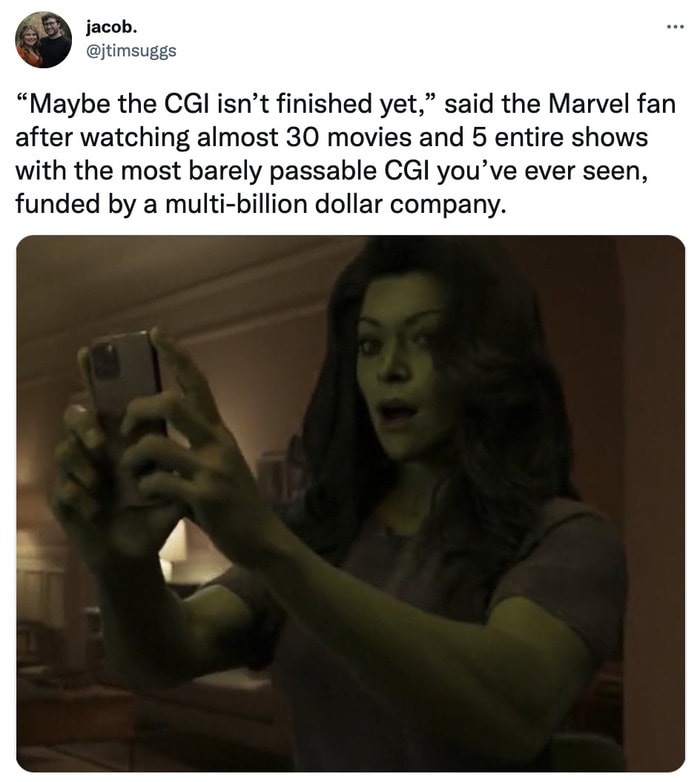 11. To be fair, we will be watching it no matter what.

Idc if the She hulk cgi looks like a live action background character from shrek. That’s mother pic.twitter.com/IiebxrpHUw 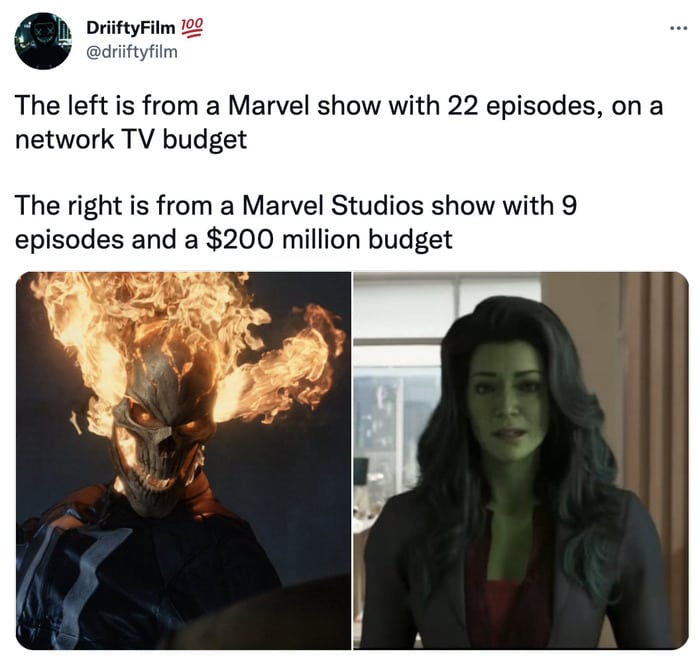 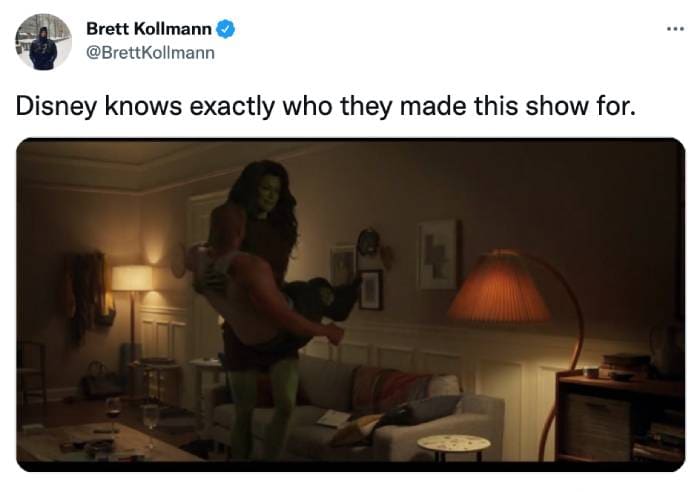 Latest posts by Hannah Rex (see all)
As an Amazon Associate we earn from qualifying purchases. This post may contain affiliate links from Amazon and other sites that we collect a share of sales from.
354 shares