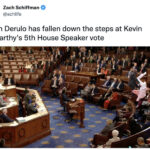 Despite all of the time we spend on Twitter instead of doing our jobs — we’re just like Elon Musk! — we don’t report on most of the trending topics. That’s because the Twittersphere gets really fired up about something related to politics or sports or someone having a nice afternoon with their partner for maybe 24 hours and then it goes the way of the dodo.

Like the rest of you, we thought the GOP voting on a new Speaker of the House to replace Nancy Pelosi would be quick. Well, turns out we were also wrong. Democrats really don’t want Republican conference leader Kevin McCarthy as Speaker, so they’re voting for Hakeem Jeffries instead. 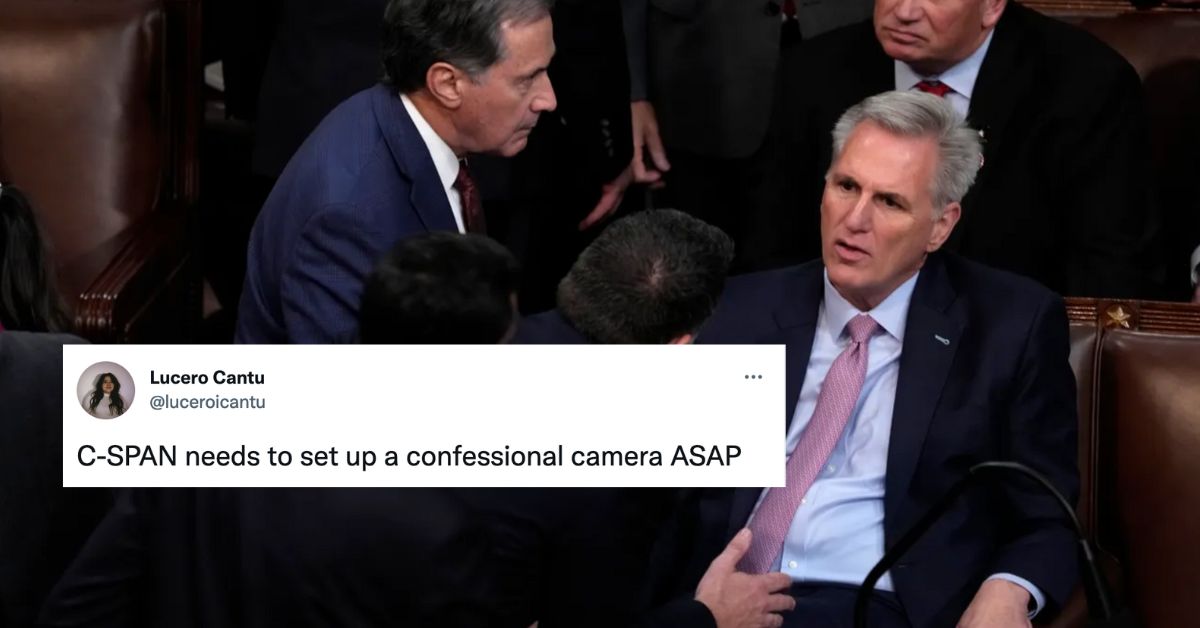 Meanwhile, some Republicans don’t want McCarthy either, so there’s been an increasingly comedic list of alternatives and nonsense moments on the floor. (At one point Donald Trump was added to the ballot. The only person who voted for him was Matt Gaetz.)

Voting started on Tuesday, January 3rd. And, as of press time, Congress is on their 13th ballot to vote for a Speaker. Do they know it’s Friday?

The Funniest Speaker of the House Confirmation Vote Memes and Tweets 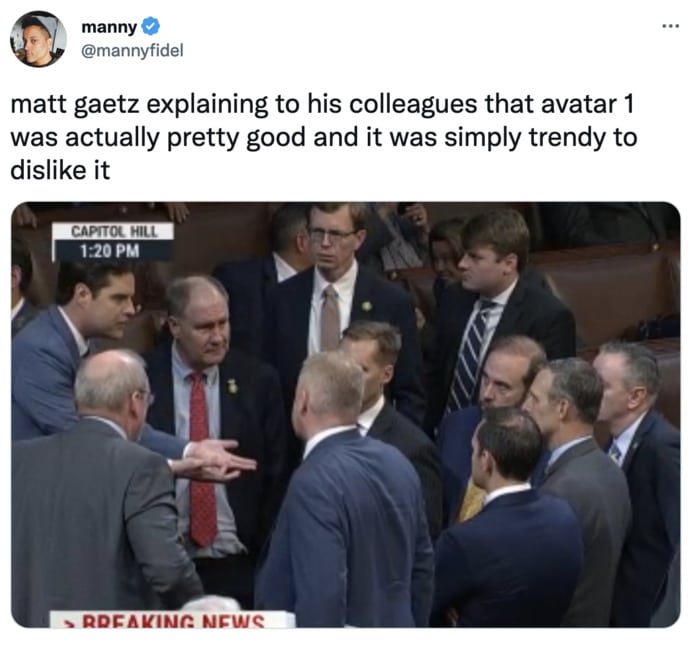 4. Feels like even the World Cup didn’t go on this long. 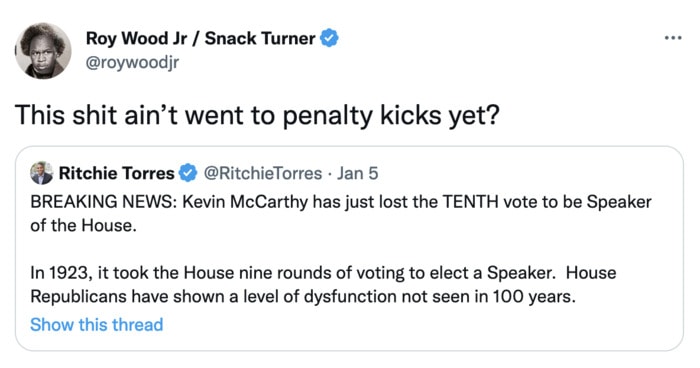 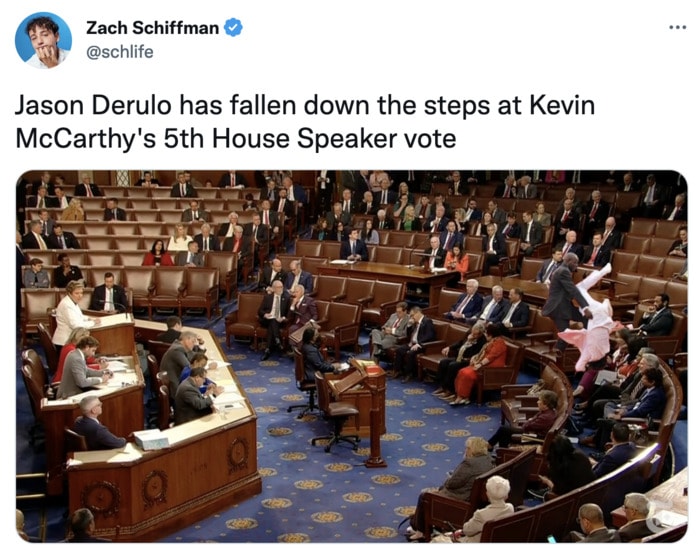 7. Maybe they should consider running ads.

8. We really need to watch The Sopranos at some point. 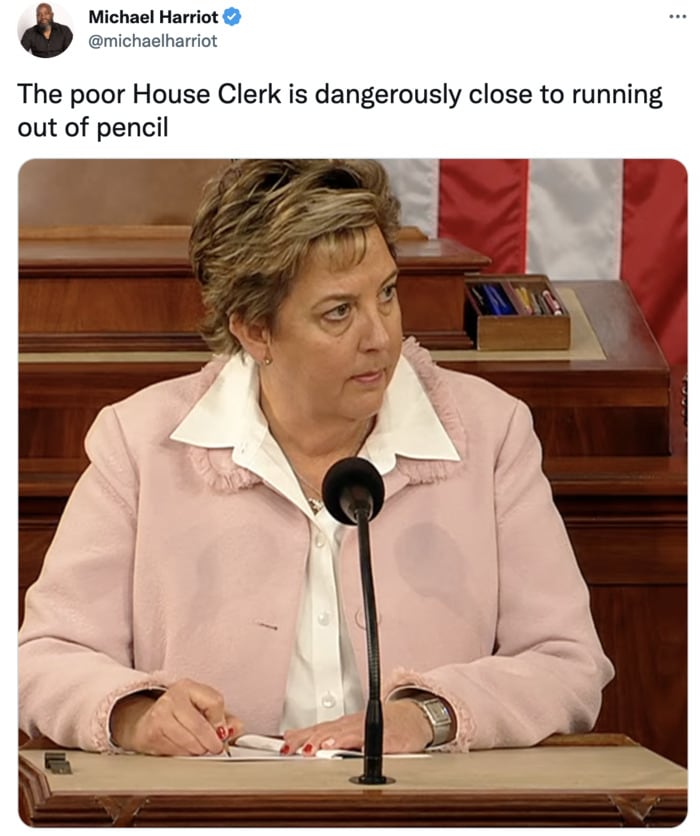 21. Maybe we add it to the list of strange holidays? 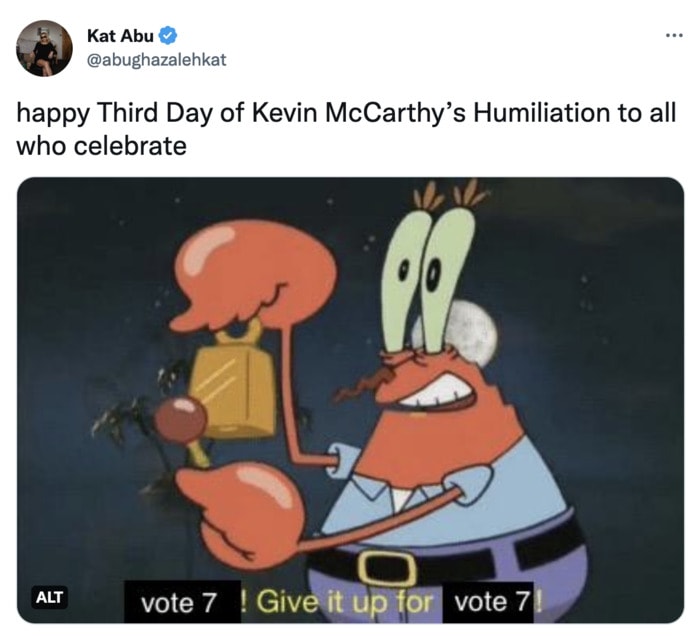 22. Please tell us this is not the elections all over again. 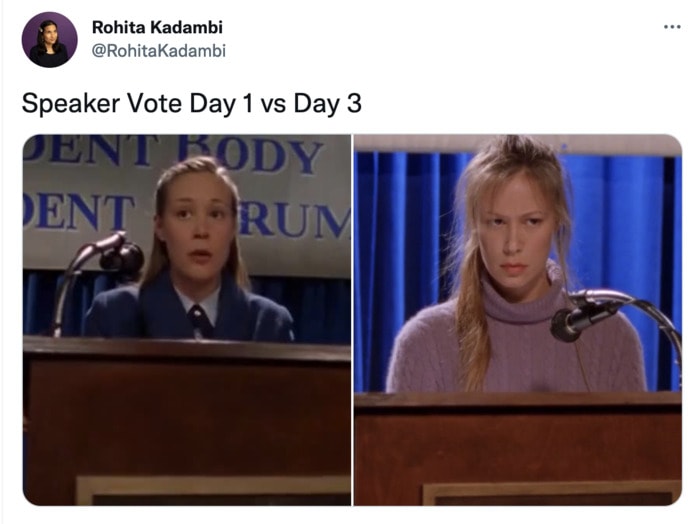 24. These things are getting way too difficult.

25. At this point, we imagine the GOP is up for trying anything.

Latest posts by Rebecca Swanner (see all)
As an Amazon Associate we earn from qualifying purchases. This post may contain affiliate links from Amazon and other sites that we collect a share of sales from.
2 shares