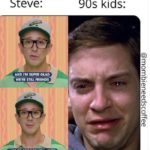 As if you needed another reason to cry on a Wednesday (trash day is hard, ok?), Steve from Blue’s Clues popped in to say a long overdue “hello” on September 8th. There were a few videos posted on Twitter to celebrate the 25th anniversary of the show, but none hit as hard as the one that addressed the time when Steve went off to college.

So about that time Steve went off to college… #BluesClues25 pic.twitter.com/O8NOM2eRjy

In just two minutes, Steve Burns, the original host of Blue’s Clues, touched on his abrupt departure and the difficulties we’ve faced over these past years. He also gave the most genuine compliments and encouragement I’ve gotten since people signed my middle school yearbook. HAGS, amirite?

Steve reminisced about that time we all used to freak out about the mail and hang out with Blue. He wore the same green shirt we saw him in every day after school. But then he takes an earnest look at the camera and asks if we can talk about that time he just got up and left us.

I didn’t know my therapist could shape shift, but now I realize why I’ve been paying her so much. 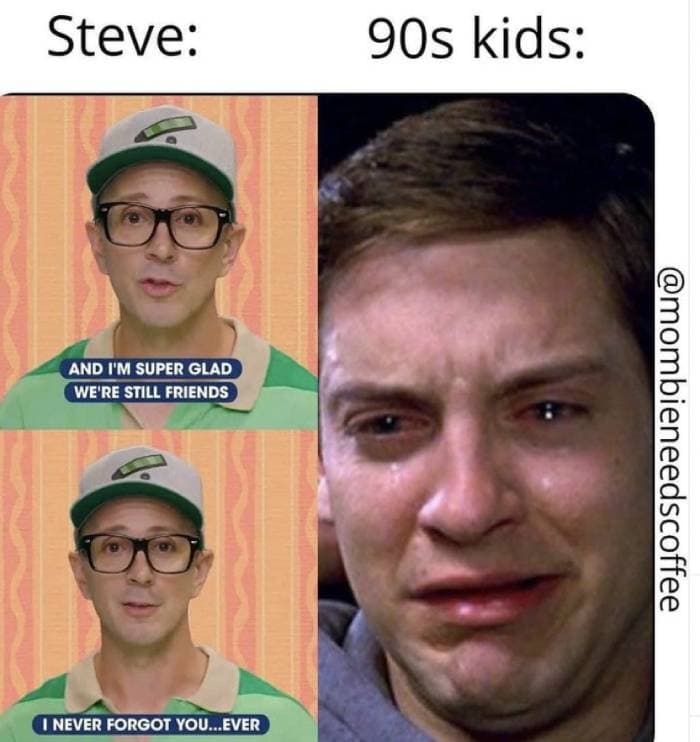 He digs deep into a time that may have – consciously or unconsciously – rocked our little elementary school worlds. He owned his actions better than any influencer apology video I’ve ever seen. And although that bar is literally buried 3.5 feet underground, it still tugged on the heartstrings.

But it’s not just about him. Steve turns the conversation back to us. To all of us. Our amazing accomplishments, our struggles, our growth, our student loans. And if there’s anything more unifying than student loans…well, then it’s how much lactose intolerant people still love to eat cheese.

Although this isn’t a full reboot as we’ve seen with Gossip Girl, Queer Eye, and unfortunately Fuller House (don’t @ me), it has a similar impact on us. “Us” meaning the generation of people who grew up with the Internet, through a financial crisis, through a pandemic, and most of all, the resurgence of low rise jeans. 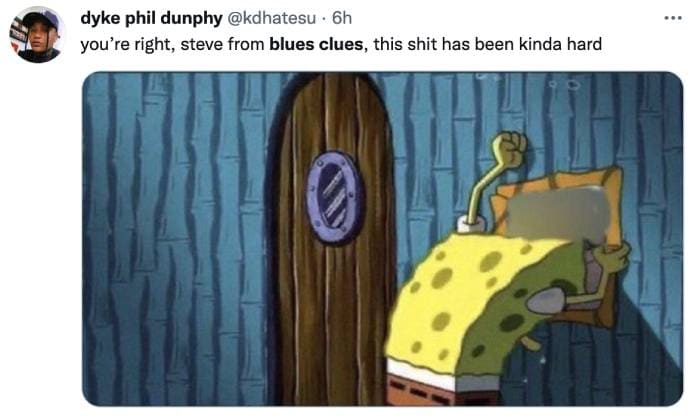 We loved those original shows and the characters they gave us. Seeing them come back to life in any capacity helps us go back to a time that was a little bit easier. Even if you did have your heart broken over AIM.

Because it’s easy to feel isolated and forget about your youth. It’s easy to take a cynical view on life. But when these little nuggets pop up and remind us that people like Steve grew up right along with us? Seeing them succeed, and better yet, hearing them praise us? It reminds us how far we’ve really come. 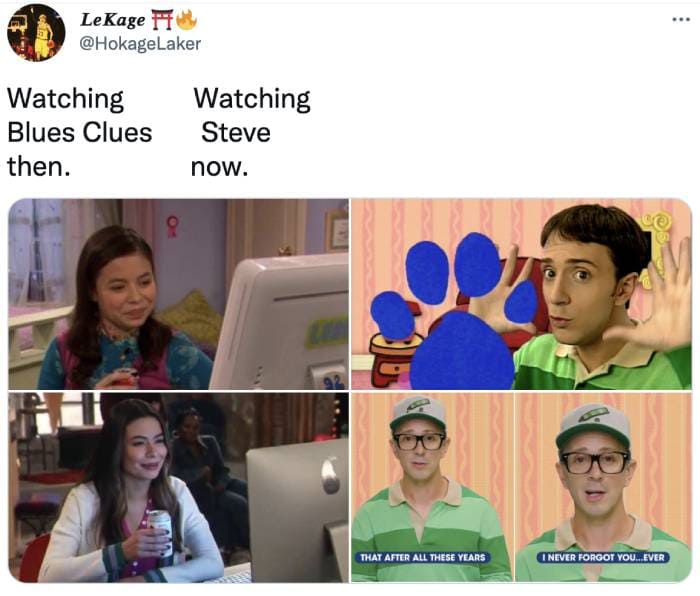 Today, I didn’t think I would be writing an existential article on the complicated intricacies of growing up on the cusp of the 2000s. I also didn’t think I would be stressing over what to get someone for a baby shower while dealing with adult acne. But at the end of the day, Steve is proud of me, and I’ve kept three out of four plants alive this year.

I may not get as excited for mail time anymore, because electric bills aren’t as exciting as clues from Blue, but I know that I’m not alone. There’s a whole Internet world out there who’s with me in threads on various subreddits. And if that’s not comforting…then at least my weighted blanket is.

Latest posts by Hannah Rex (see all)
As an Amazon Associate we earn from qualifying purchases. This post may contain affiliate links from Amazon and other sites that we collect a share of sales from.
36 shares