Stranger Things Season 3 is now streaming on Netflix, and you know what that means: Calling in sick so we can binge watch the whole season today. Then pre-ordering the soundtrack so we can rock it all summer long.

No matter what happens in season 3 (Will they find clues that allow them to finally defeat the demogorgons? Will they hate New Coke? Will Nancy perm her hair and have to go back to the future to undo it?), we’re ready to Netflix and chill. Literally. 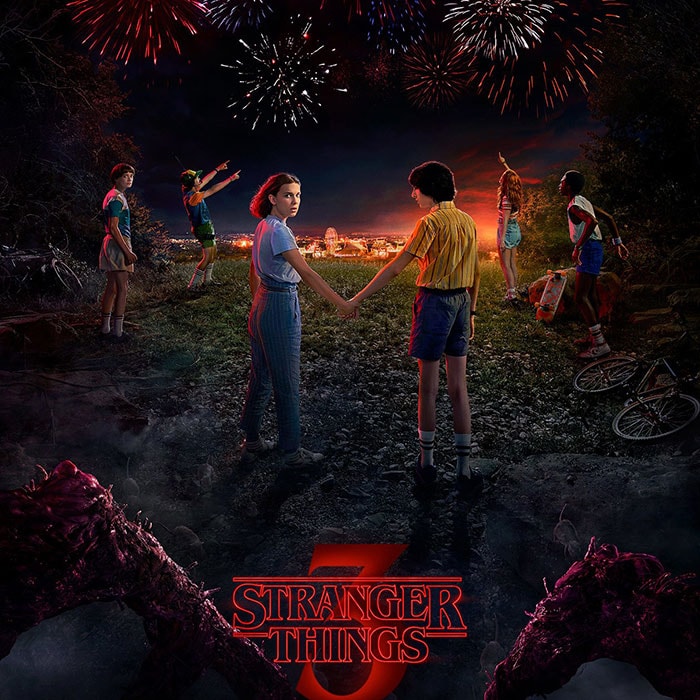 If you’ve already watched it and are hungry for the Stranger Things Season 3 soundtrack, first know that it has no nutritional value so maybe eat some almonds, and second, here are the details.

If you order the soundtrack, here’s what you can expect to find on it.

2. Howard Jones, “Things Can Only Get Better”

Where Can I Get the Stranger Things Season 3 Soundtrack?

The Stranger Things Season 3 Soundtrack is available now on MP3 or CD. If you want the vinyl version, you can pre-order it now, but you’ll have to wait until it’s released on July 26 to throw it on your record player.

If you’re a true vinyl collector, you’ve got options. And you know what comes with options? Decision fatigue. Or maybe that’s just the hangover from yesterday’s Fourth of July party talking.

Target’s variant that includes a red, white, and blue splattered vinyl and a 7″ bonus single with “Never Ending Story.” 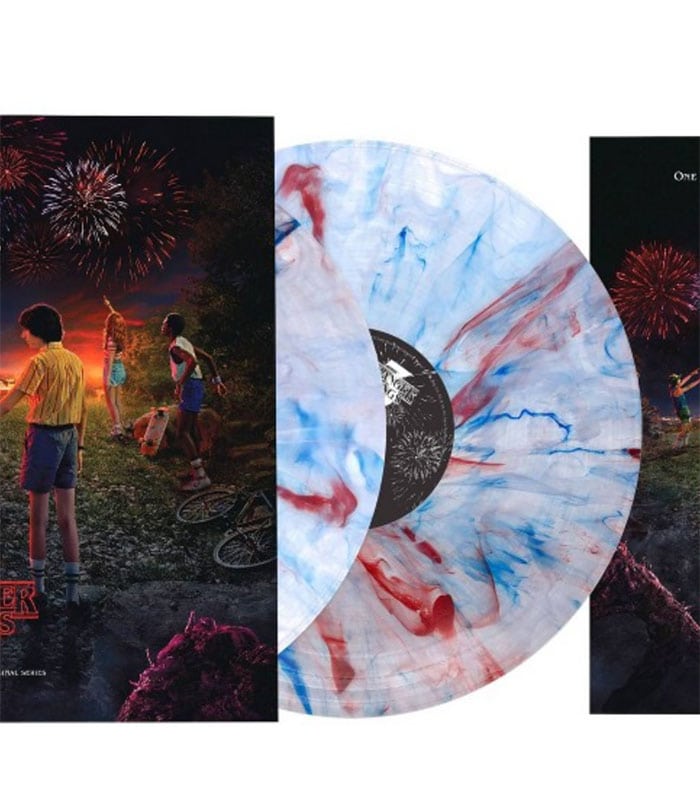 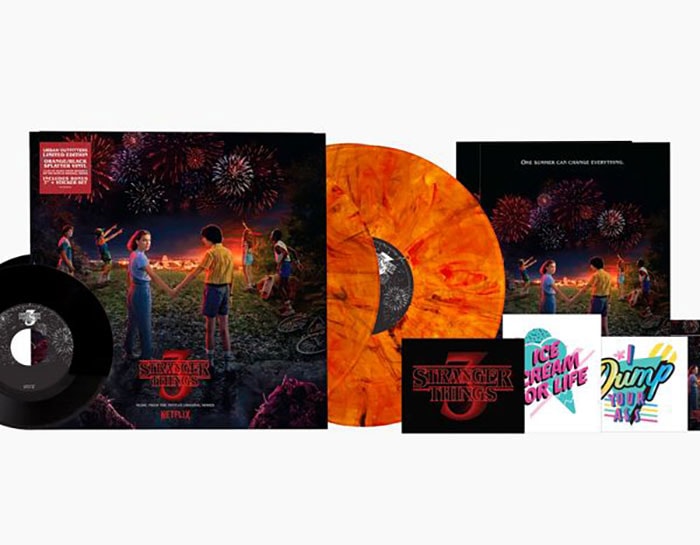 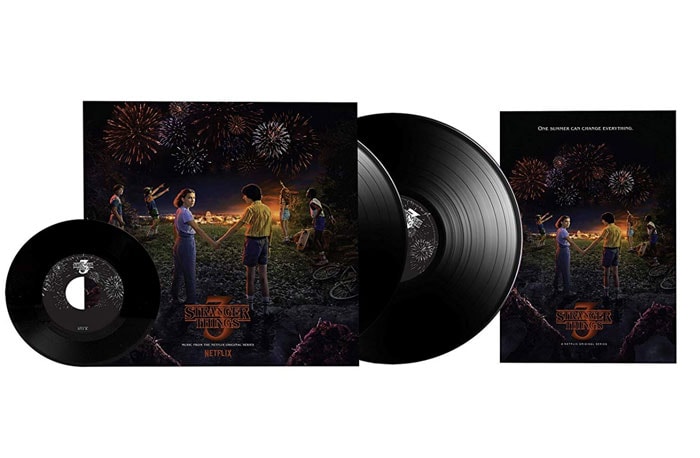 Need a turntable to play it on? This Stranger Things-themed Crosley record player from Barnes & Noble should do the trick. Get it here. 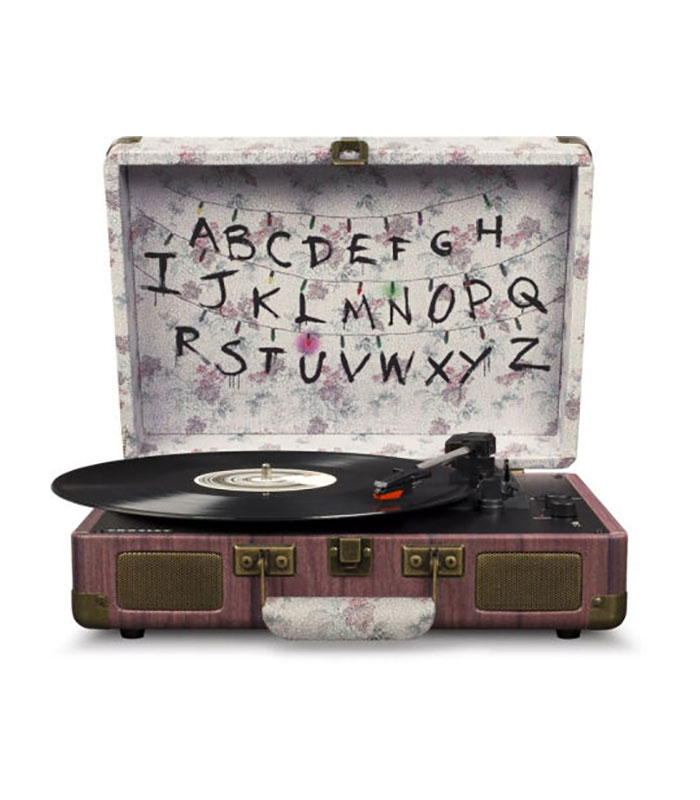 If you really want to go back to the 80s, buy a crimper, a DeLorean, and throw the soundtrack in your Walkman with this Stranger Things 3 cassette exclusively from FYE. 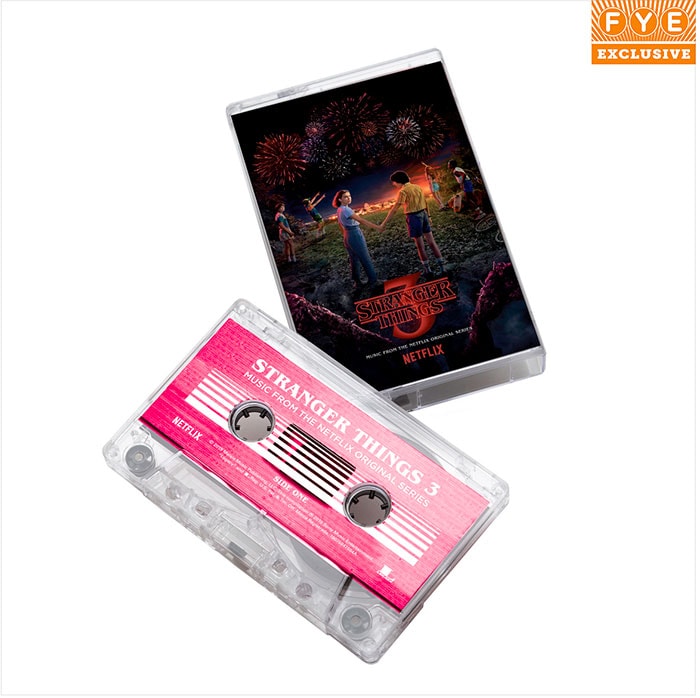 Need the score from Stranger Things Season 3? Amazon’s got that complete with records painted to look like fireworks. But you’ve got to wait until October 4. Coincidentally, this is about the same time our neighbors will run out of theirs. 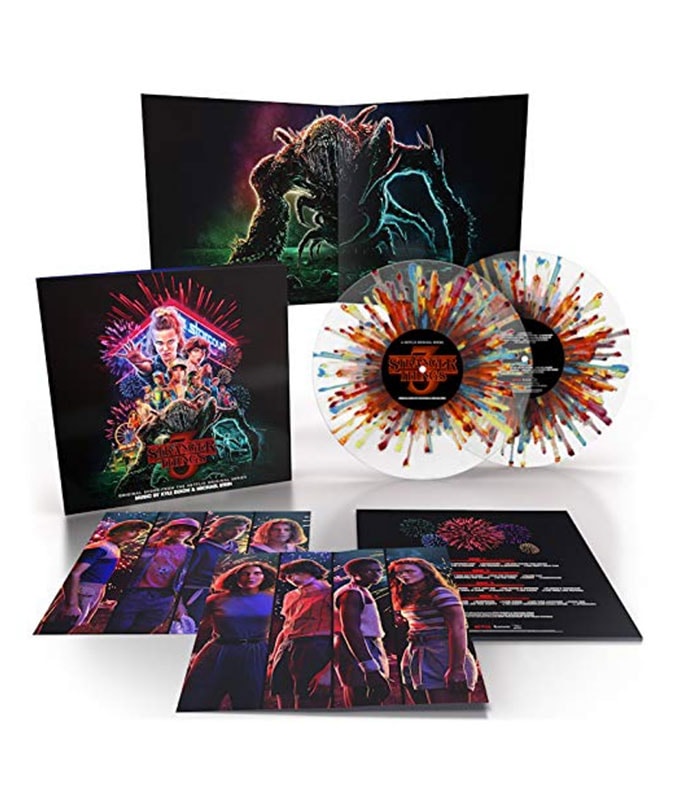 Lakeshore records and Invada Records also collaborated on pink and teal variants. You can pre-order that bundle here. 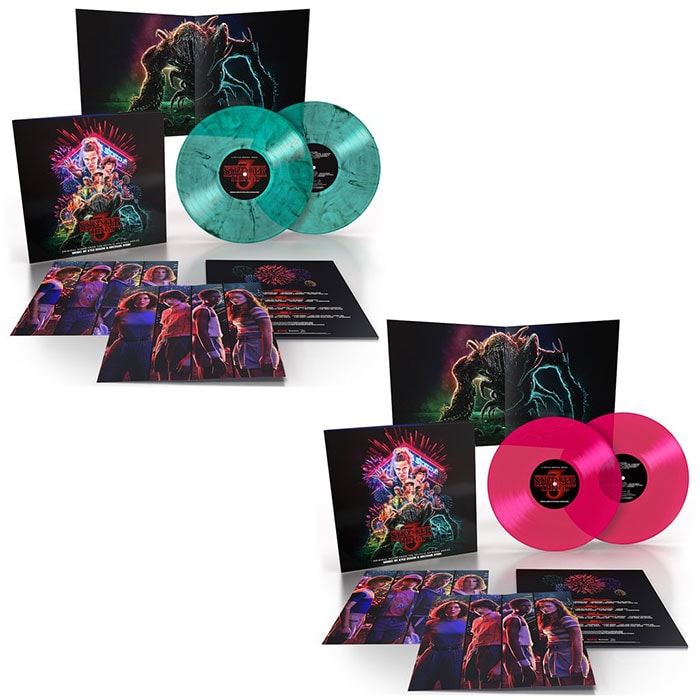 All the Songs from Stranger Things Season 3:

Not everything in the show made it onto the official soundtrack. We’ve bolded those that are featured in the season but not on the soundtrack. You can listen to all of them here on our Spotify playlist.

Want to listen to it now? Check out our Spotify playlist.

Latest posts by Rebecca Swanner (see all)
As an Amazon Associate we earn from qualifying purchases. This post may contain affiliate links from Amazon and other sites that we collect a share of sales from.
877 shares