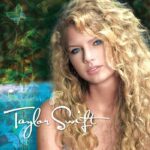 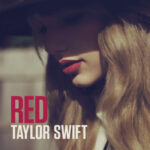 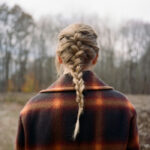 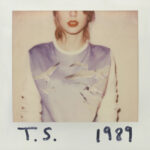 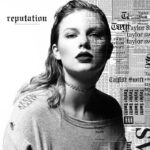 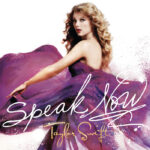 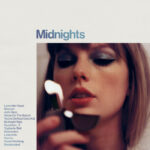 Taylor Swift’s fans are some of the most loyal and dedicated out there. I know this because I’m one of them. And, well, have you ever been on the Internet?

Still, we managed to create a list ranking all of Taylor Swift’s studio albums, including her newest release, Midnights. 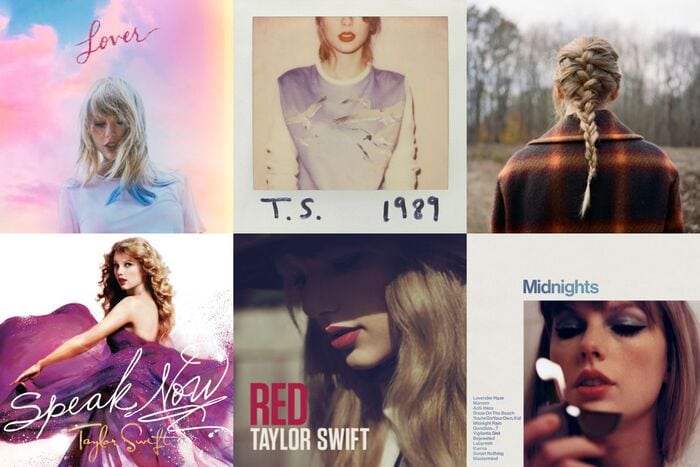 Before you start coming for me for daring to put such a controversial ranking together, I’ve been a die-hard Taylor Swift fan since her hair was curly and her voice sounded more like Dolly Parton than Billie Eilish.

I even made a post on Facebook in 2011 about wanting to become her because “she’s awesome.” How could anyone argue with such a concrete data point? So, as we approach her upcoming Eras tour, here is the ranking of all 12 of Taylor Swift albums.*

In the original version of this article, I didn’t include the “Taylor’s Version” albums. It just didn’t feel fair, since it gives both Fearless and Red double spots on the list, and the new records are still an unfinished project. But after thinking more about it, it doesn’t feel fair not to include them.

So, I’ve updated it. Also, because all of you were complaining. On second thought, maybe this is setting up a bad reward mechanism. Anyway, on with the ranking!

*Opinion may change at any time.

Her debut album features one of my favorite Taylor Swift songs of all time, “Tim McGraw,” along with her first true radio hit, “Teardrops on My Guitar.” However, it also includes a few of the worst.

“Picture to Burn,” while popular at the time it came out in 2006, also included a homophobic line that essentially amounted to calling your ex gay because he broke up with you. Thankfully, she’s since changed the lyric. How do we get her to have the same “aha” moment around her reported use of fossil fuels?

In much of the album, the lyrics are simplistic. In “Stay Beautiful,” she croons, “Just a small town boy and girl / Living in the crazy world.” When you’re not sure if the song is Taylor Swift or Journey, the songwriting is probably not at its peak.

It’s a better debut than we could produce. But it’s definitely not her best work. 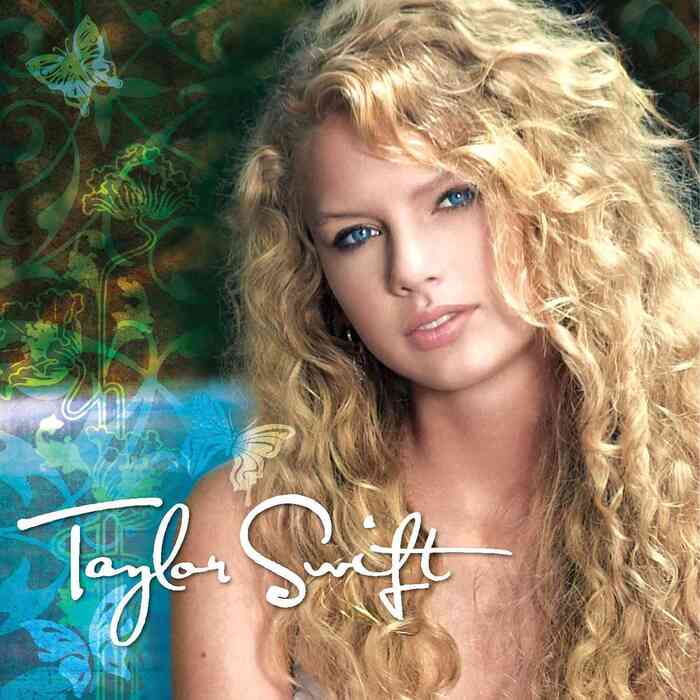 Reputation is the dark horse of Taylor Swift lore. Some people adore the album, others can’t stand it. While Reputation holds a special place in my heart because its tour was the first time I saw Ms. Swift live, the album doesn’t hold up to her other work lyrically or sonically.

There are highlights in the album, including “Delicate,” and “…Ready For It?” But the lows outweigh the highs, with songs like “End Game” and “So It Goes…” that, lyrically, are below average.

On her report card, we’d mark this as a “Approaching Proficiency.” 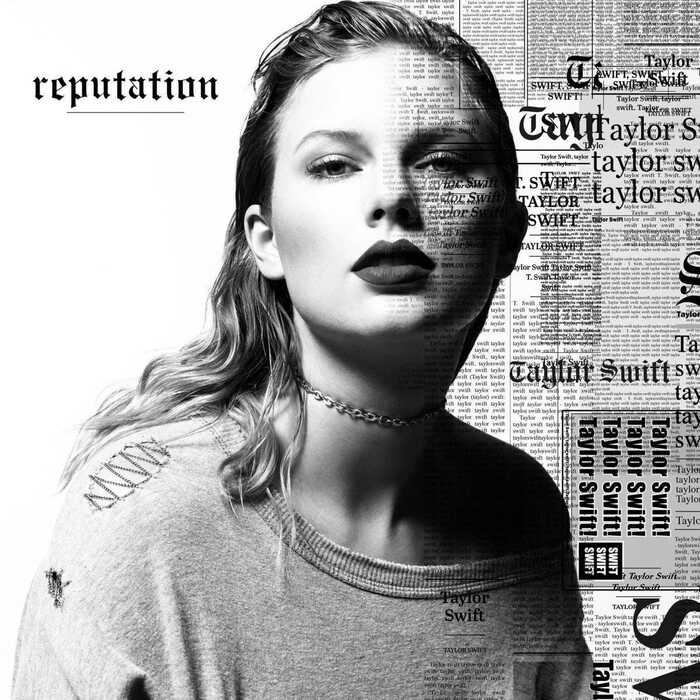 It’s at this point in the list where things start to get really challenging. Lover is a good album. But, here’s the thing. You have epic, iconic tracks like “Cruel Summer” and then total duds like “It’s Nice to Have a Friend.”

Every song is either an absolute fave, or one of my least favorite. And whoever signed off on “ME!” needs to be fired.

That being said, we have to give credit where it’s due: “Lover,” “Death By a Thousand Cuts,” and “Daylight” are peak Swift songwriting. Even though the traffic lights around me are suspiciously silent. 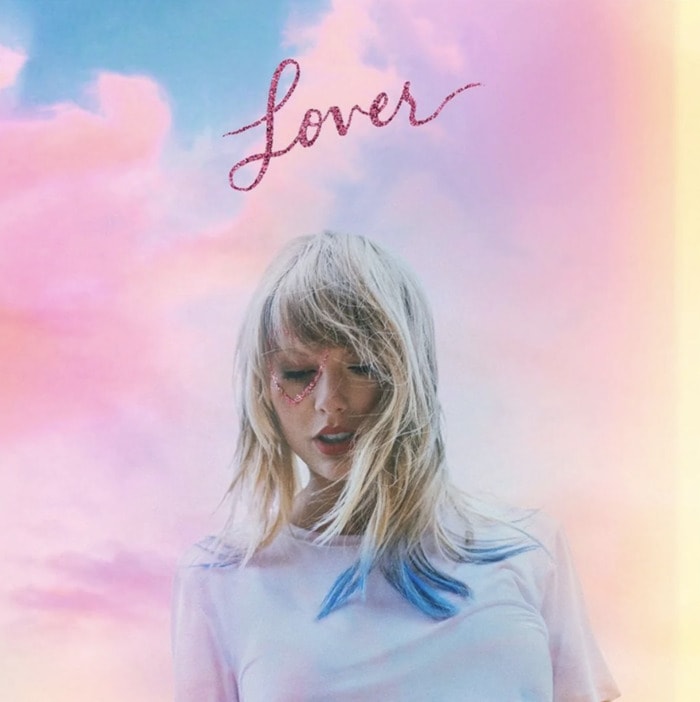 An argument could be made Fearless is only here because of my nostalgia towards it. And because of the excitement resulting from it being the first “Taylor’s Version” remix.

I know that Fearless, much like the debut album, features some of the more simplistic lyrics and themes in Swift’s repertoire. I don’t care. “Love Story,” “You Belong With Me,” and “Fifteen” are all cultural artifacts at this point. Please don’t let Kim K get her hands on them.

Fearless features so many songs that have held up over the years that it outweighs uninspired tracks like “Breathe.” Plus, it won Swift her first Grammy award for Album of the Year. 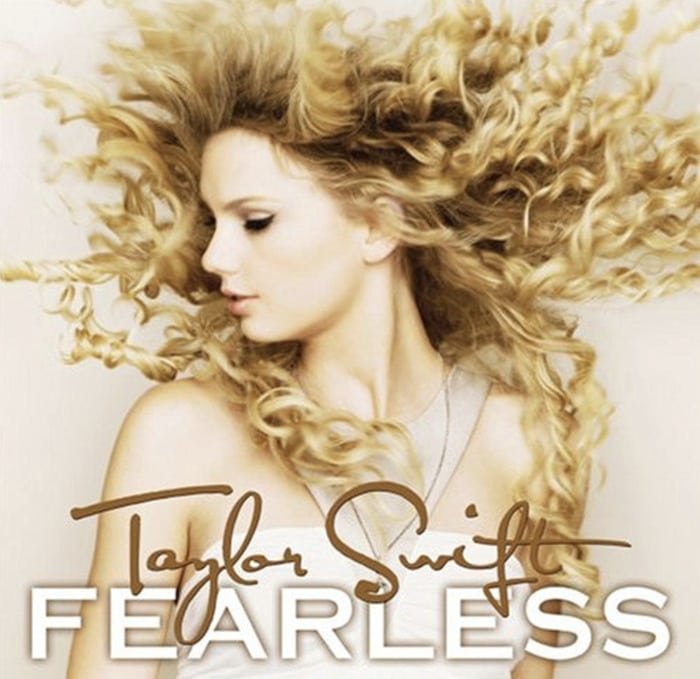 Crucify me if you must, I now expect to love the new versions more, on the whole. Aside from the opportunity to relive past eras with Taylor as she re-records her old music, the songs just feel more mature. Part of that is due to Swift’s vocals being stronger as her voice has aged over the years.

The Taylor’s versions additions to Fearless, known as the “From the Vault” tracks, are exciting, too as they’re songs that she wrote during that time but that didn’t make it onto the original record. Fearless (Taylor’s Version) was our first chance to hear six new songs. We can forgive you for most of them, but “Mr. Perfectly Fine”? I needed that back in high school, Taylor!

Another addition, “That’s When,” which features Keith Urban, is just pure joy incarnate. And some of the original Fearless tracks that weren’t faves of mine originally (like “The Other Side Of The Door” and “Come In With The Rain”) earned a new place in my heart. Specifically in the left ventricle. 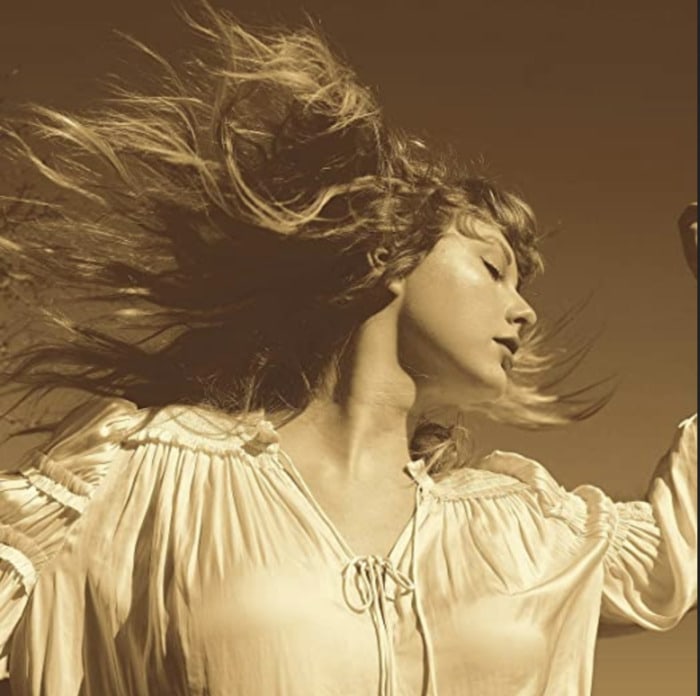 Evermore is an inventive album with an intricate web of stories, most of them fictional. Listening to Evermore feels like stepping into a fairy tale. Hopefully not the one with murderous mermaids.

The first five tracks, from “Willow” to “Tolerate It” are absolute perfection. It’s the second half of the album that starts to lose me, with songs like “Happiness,” “Dorothea,” and “Coney Island” that are just…skips.

Overall, it’s a good album. But Taylor Swift is her own fiercest competition, and so the ranking must go on. 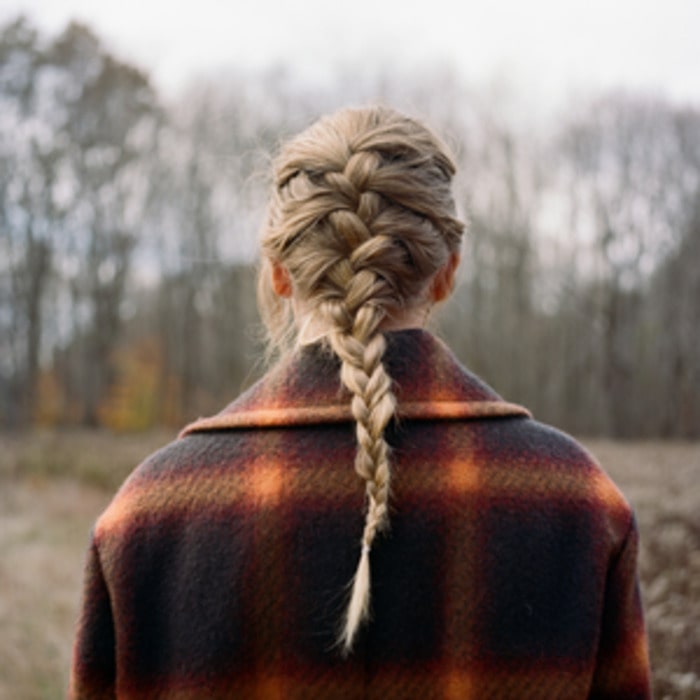 1989 was Swift’s first official pop album and it broke away entirely from her country roots. It also nabbed Swift her second Album of the Year Grammy, making her the first solo female artist to earn the crown twice.

“Blank Space” is one of the most memorable songs on the album, with an epic music video to boot. “Style,” “Out of the Woods,” and “Wildest Dreams” are also highlights, especially since some of those are about Harry Styles.

However, because this album was a radio favorite, I also never want to hear songs like “Shake It Off” and “Bad Blood” again, which drops the whole record down a few pegs. 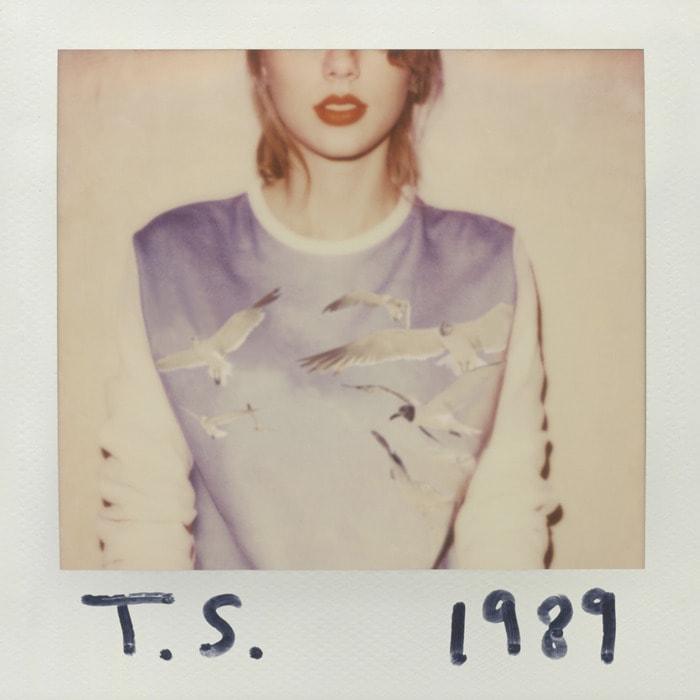 Midnights witty lyricism, catchy melodies, and dry humor wraps the best of 1989, Lover, Reputation, Speak Now, and Folklore all together in one. It’s an aural gift for us, and a hefty paycheck for her.

Midnights infuses dreamy pop synth tunes like “Lavender Haze” and “Snow on the Beach” with playful, exciting tracks like “Karma.” It’s just plain fun to listen to. And, her lyrical talent is showcased in “Would’ve, Could’ve, Should’ve” and “You’re On Your Own, Kid.”

At this point, Midnights is a no-skip album. 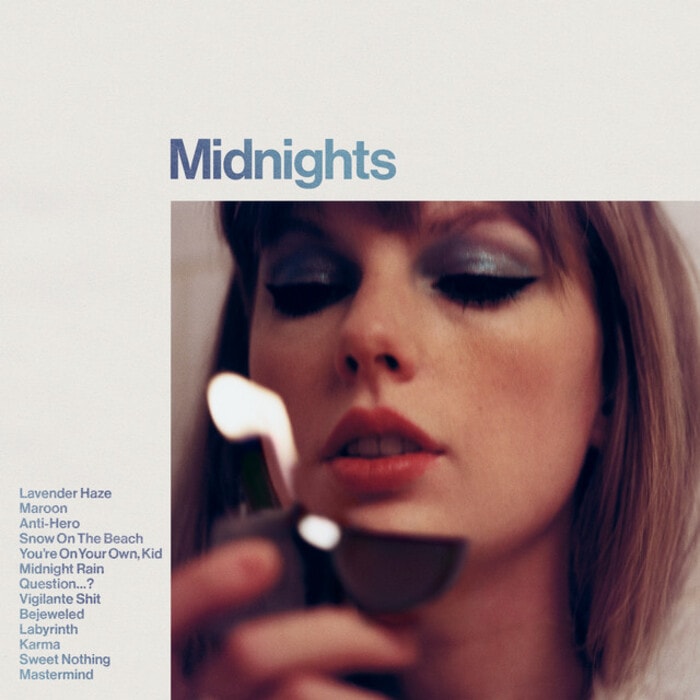 Red toyed with the idea of embracing pop music, but  the songwriting speaks for itself without showy, distracting beats. It gifted us with “All Too Well” (before the 10-minute version came around and stole the throne), which is Swift’s single greatest song to date.

On top of that, Red hits hard from its very first song, “State of Grace.” Tracks like “Treacherous,” “Holy Ground,” and “Begin Again” continue to deliver her masterful ability to weave together words and encapsulate feelings without being cliche. Okay, except the part when she dated a Kennedy.

The only problem with Red is its inconsistency. Swift brings us from emotional lows like “I Almost Do” into pop-infused highs like “I Knew You Were Trouble” without giving us time to breathe in between. 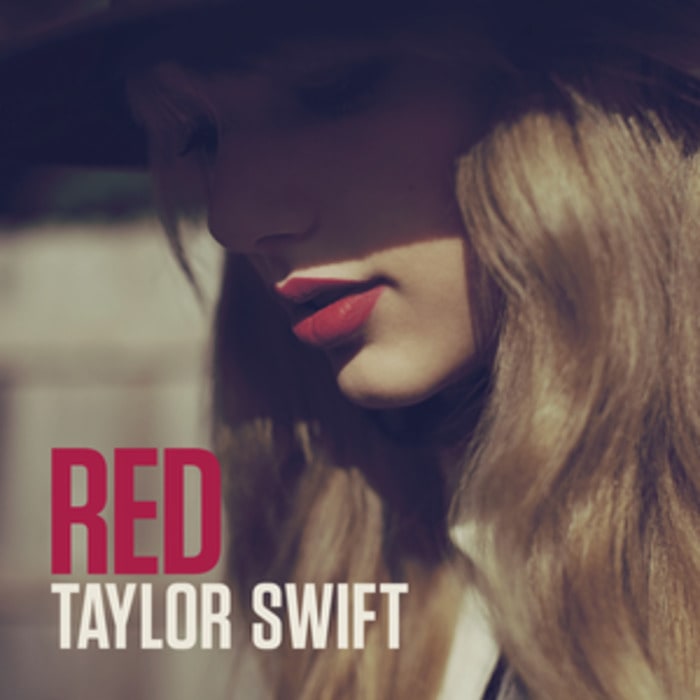 Folklore brought a new wave of fans to Taylor Swift’s music. It’s her most creative and imaginative work to date, and the record tells tales through emotionally vulnerable songwriting and a different musical approach. If “melancholy” wasn’t a genre before, it is now.

It was her third record to earn Album of the Year, which made her the first woman to win three times, and the fourth artist to ever earn that honor. The other three are Frank Sinatra, Stevie Wonder, Paul Simon. We’re feeling great about our participation ribbon from fifth grade field day right about now. We don’t think Sinatra had one of those!

“Cardigan,” “August,” and “Betty” make up three parts of a beloved story line about high school love, telling the tale of a love triangle from the perspectives of the girl, the boy, and the other girl. It’s fun, it’s different, and it gave us trust issues. Thanks, Taylor. 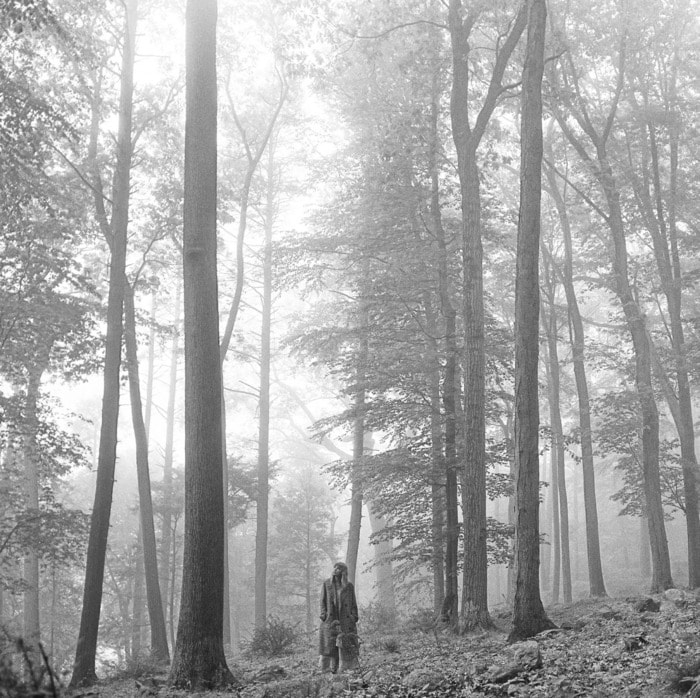 Speak Now is an absolute masterpiece. It’s also the only album that Swift wrote without co-writers.

From the overly emotional, teenage drama encapsulated by “Dear John” and “Last Kiss” to the feeling of falling in love portrayed in “Enchanted,” the album has something for everyone. Unless you’re not a teenage girl. In that case, good luck!

Speak Now is the other no-skip album in her lineup. Every song from the sweet, imaginative “Mine” to the impactful, inspiring “Long Live” is worth listening to, and screaming along to every word. Now please excuse me while I go don my purple ball gown and slam the door to my room. 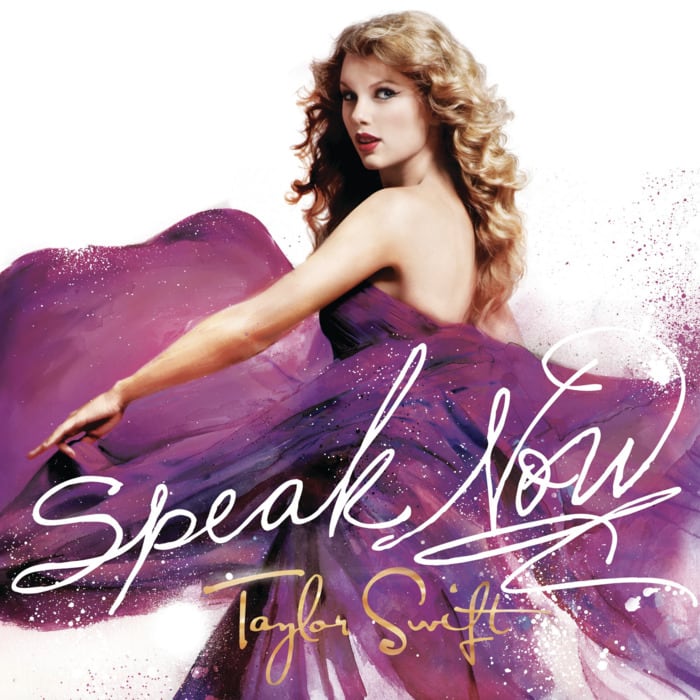 “Taylor’s Version” of Red is my absolute favorite album of all time and deserves its rightful crown. Sorry, Rhaenyra.

On Red (Taylor’s Version), Swift gave us nine new songs, plus all the re-records, and several of them became instant favorites. “Better Man,” which was written by Swift but originally recorded by Little Big Town, never fails to evoke a bout of ugly crying.

“Message in a Bottle” represents the other half of Red: the highs of being in your early twenties (it doesn’t all suck). And “I Bet You Think About Me” is vengeful Swift at her best.

But “All Too Well (10 Minute Version)” is where the conversation begins and ends. I remember when Red came out. I was 17, in love for the first time, and then going through my first heartbreak. When I learned of the extended version she wrote that was abbreviated for the original album, I anticipated and hoped she would release it for years. “All Too Well” was her best song, no holds barred. And the only way to beat “All Too Well” is with more  “All Too Well.” (Sorry, neighbors!) 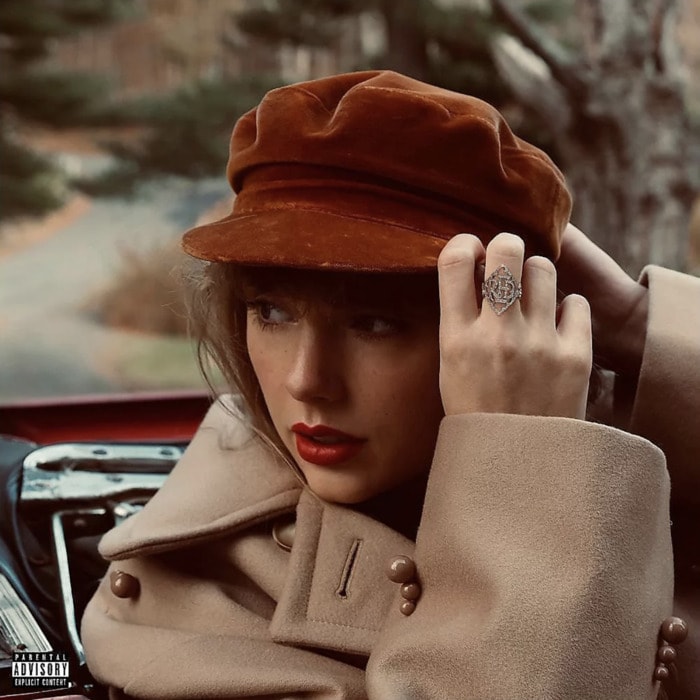 Latest posts by Laura Davis (see all)
As an Amazon Associate we earn from qualifying purchases. This post may contain affiliate links from Amazon and other sites that we collect a share of sales from.
46 shares