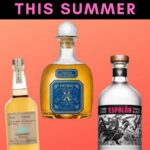 That’s why we put together a list of the some of the best tequila brands. Because you know what they say — you didn’t dance on top of the bar. Tequila did. 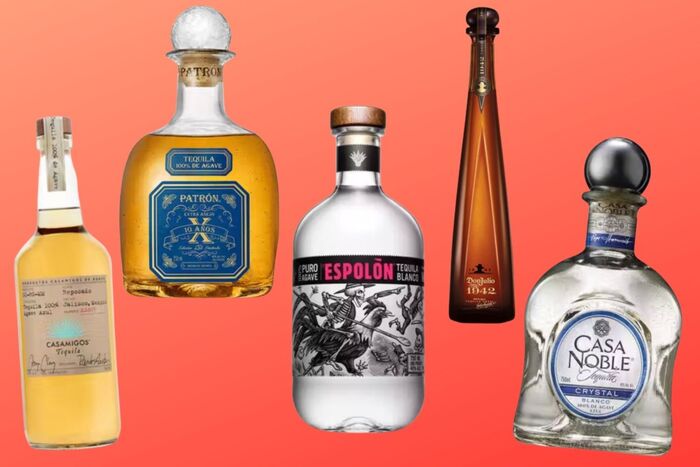 We asked Huse Culinary bartender and certified tequila expert Staci Wells to share her knowledge of the tequila world with us. Let’s get into her top picks of the best tequila brands. But, first, a quick recap on what makes tequila tequila.

You know how some people are like, “You can’t call it champagne that if it wasn’t made in Champagne!” You know how you kind of hate those people? So, it turns out the same is true for tequila.

Otherwise, according to the NOM (Norma Oficial Mexicana) and and the Consejo Regulador del Tequila (CRT), it’s mezcal.

For a spirit to be classified as tequila: 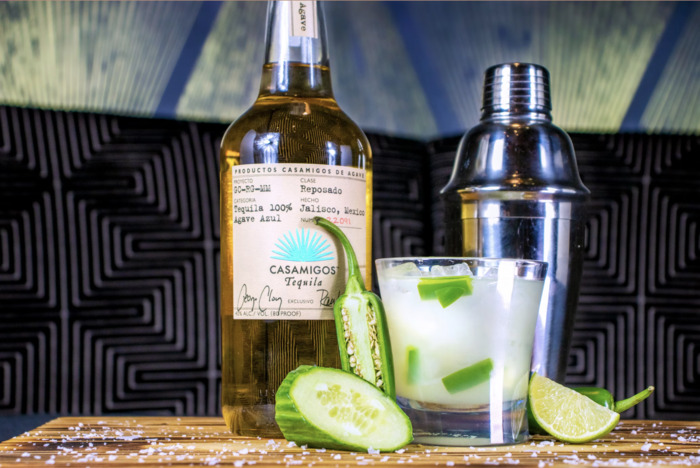 What Are the Types of Tequilas?

There are five different classifications or types of tequila.

Silver tequila is tequila that has been aged for less than two months. It is never aged in oak, but it is sometimes aged in steel. 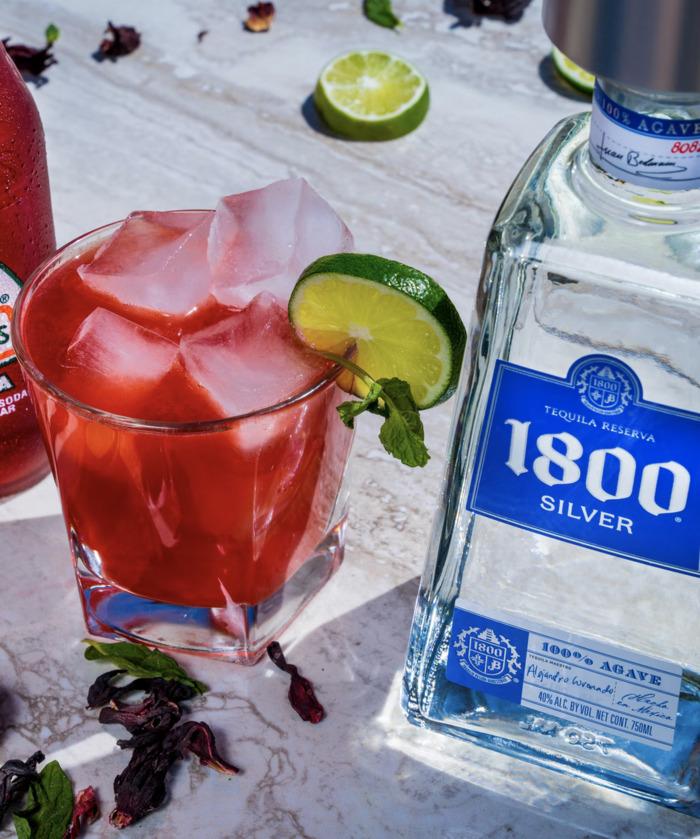 Joven is a blend of blanco and aged tequila. Some Jovens known as “gold” or “oro” have caramel flavoring or other additives, so look for 100% agave on the label unless you like hangovers.

According to the NOM, Reposado tequila must be aged for at least two months in oak or Encino oak barrels. Sometimes, they’re aged in bourbon barrels, and recently, we’ve seen tequilas aged in wine barrels.

Those wine barrels can give reposado more of a dried fruit taste, as well as even a light chocolatey flavor, though they come with a strong urge to share Minion memes. 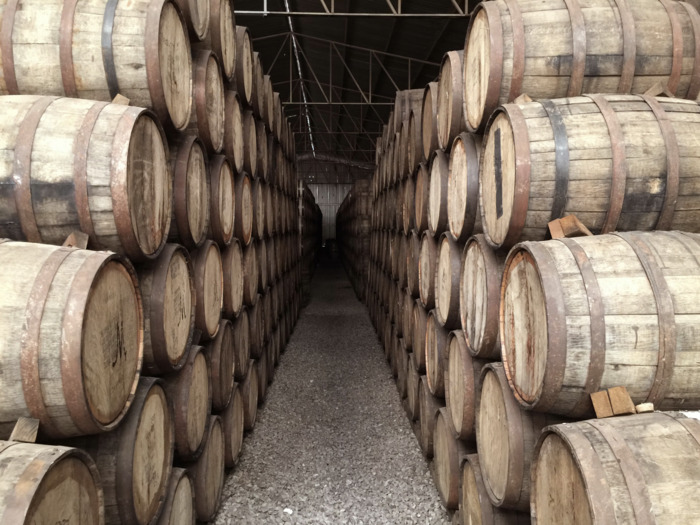 Añejo tequila is also aged in oak barrels, but must be aged for at lest one year in containers that have a maximum capacity of 600 liters. Which is like the size of four hamster cages in the Imperial measuring system.

If añejo tequila is George Clooney, extra añejo is Jeff Goldblum. The zaddy of the tequila world. To be classified as extra anejo, tequila must be aged for at least three years in a container with a maximum capacity of 600 liters. So don’t throw out those hamster cages.

What is the Best Tequila for a Margarita?

Blanco or silver tequila is the best for margaritas. Not only is it usually the least expensive, it also has the lightest flavor and will be blend well with the flavors of orange and lime.

If you want to add a splash of reposado for a richer flavor, go for it Just don’t let your unrly party goers start blending up margs with your añejo. 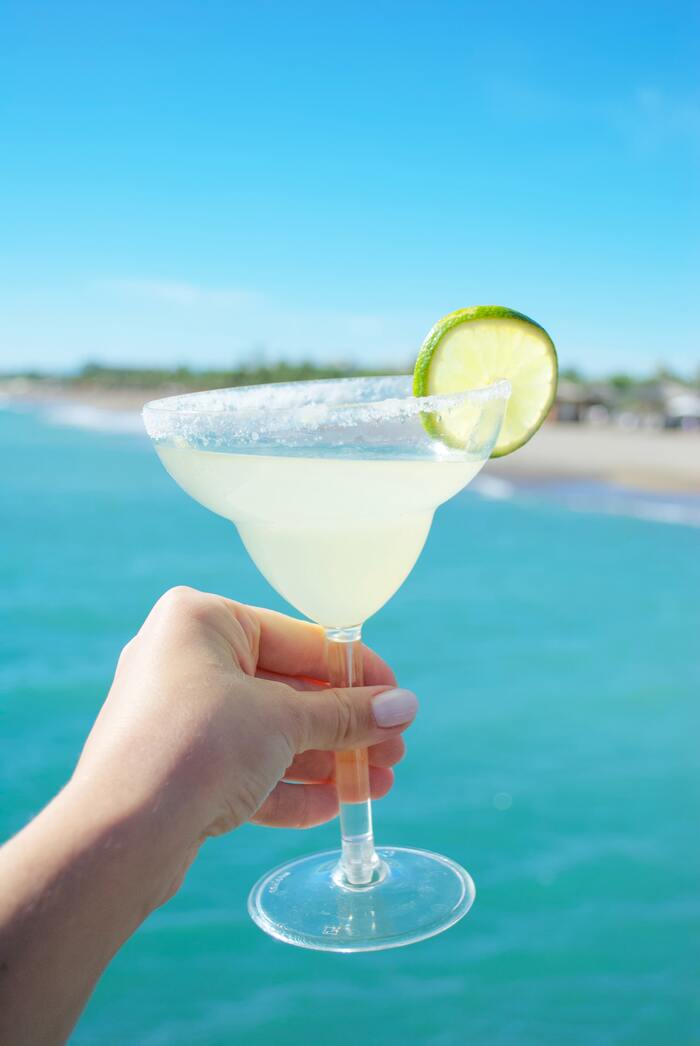 15 of the Best Tequila Brands

The master distillers over at Don Julio ended up with an award winner with 1942, which is why Wells says it’s a tequila that can’t be missed.

This añejo tequila is aged for at least 24 months, or two years for those who are bad at math. You’ll taste notes of vanilla, butterscotch, and cinnamon with every sip. 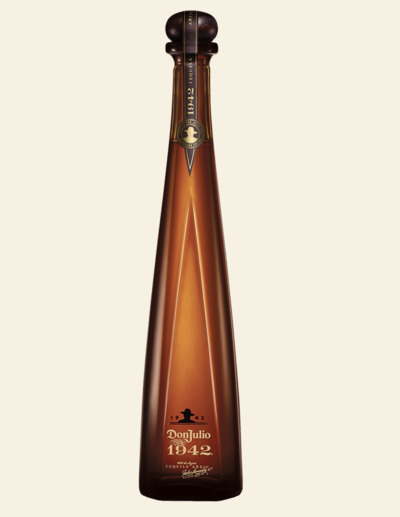 The reposado is aged for seven months and has a smooth finish with with hints of vanilla, caramel, and oak. It’s a tequila perfect for pretending you too are married to a brilliant barrister. We love you, Amal! 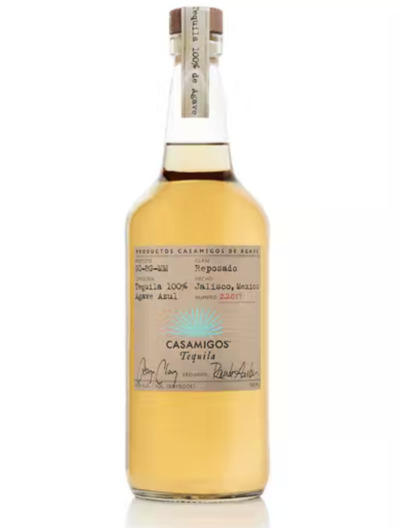 Want to give your margaritas a zesty, earthy flavor? Wells says you’ll want to give Hiatus Tequila Blanco a try.

This silver tequila is untouched, unaged, and frequently gets compared to the aroma of fresh-cut grass. Finally, something that goes well with your neighbor’s 7am weedwacking. 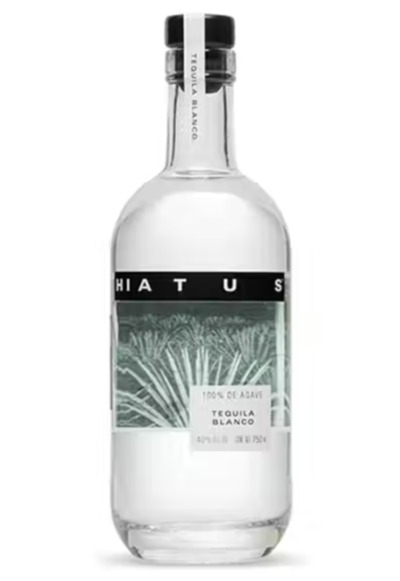 Patrón claims that they perfected tequila. Whether or not that’s the case, they did make a 10-year extra añejo that has a caramel, vanilla, and dried fruit finish. It’s available for around $350 or the same price of their blanco you bought the last time you got bottle service. 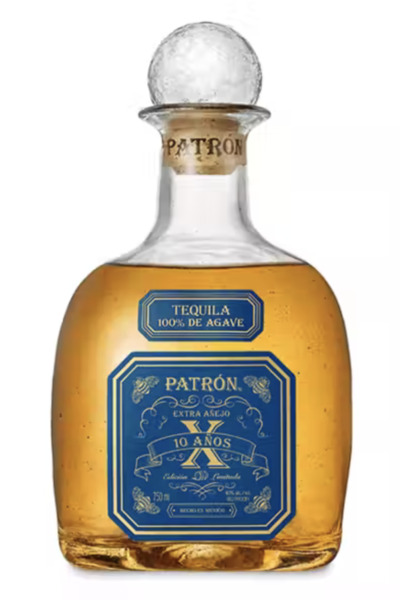 Komos Reposado Rosa is like if rosé and reposado had a party. To make this baddie tequila, they age the spirit for two months in red wine barrels. It’s a good pick if you’re new to tequila or like bright flavors, as it has hints of honey, lime, and orange peel. 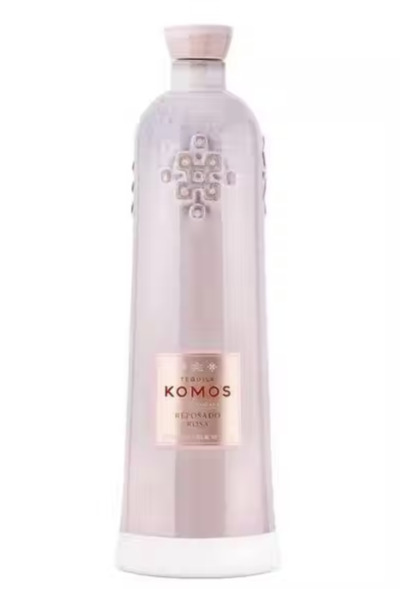 Clase Azul Reposado is as much of a delight on the taste buds as it is on the eyes. Every bottle is handcrafted and hand-painted, though for some reason they won’t release our stick figure line. 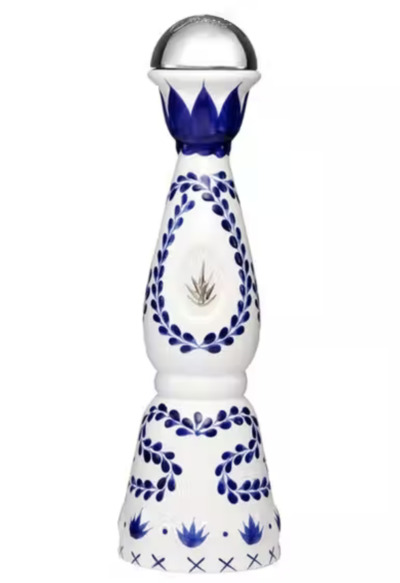 The Sauza family has overseen the Fortaleza brand for five generations and we are still waiting for them to adopt us. Their Fortaleza Blanco is unaged, smooth, and, unlike most blancos, is a solid sipping tequila with its earthy notes of olive and lime. 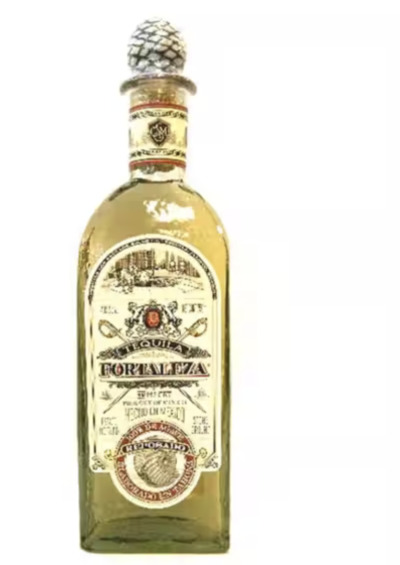 Casa Noble Crystal is a is triple-distilled blanco that has a silky smooth finish and notes of pepper and lemon. It helps you feel connected to the earth with every sip and not just because you’re feeling tipsy. Just mostly because. 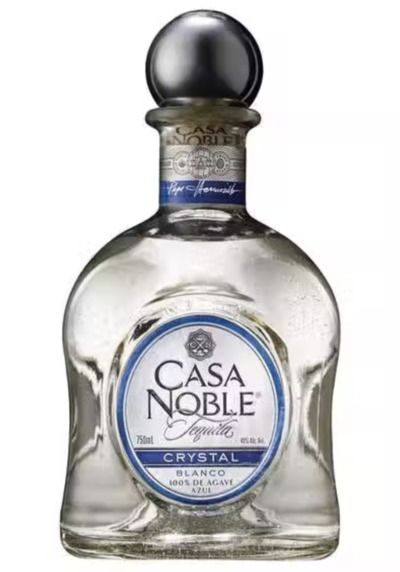 El Tesoro Reposado is aged for nine to 11 months in bourbon barrels, giving it a sweet, smoky flavor. You’ll also find notes of vanilla, caramel, black pepper, and oak. And maybe our class ring? We’ve been looking for it everywhere! 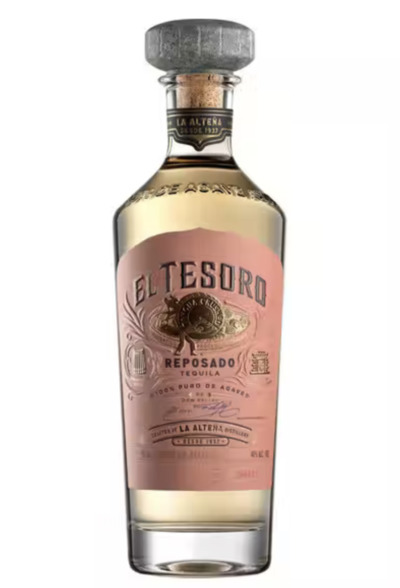 Can you smell what The Rock is cooking? Because it’s some pretty good small batch tequila. The Dwayne Johnson-produced brand is considered super-premium with notes of vanilla, pepper, oak, and honey. Either way, it’s got to be better than Doom. 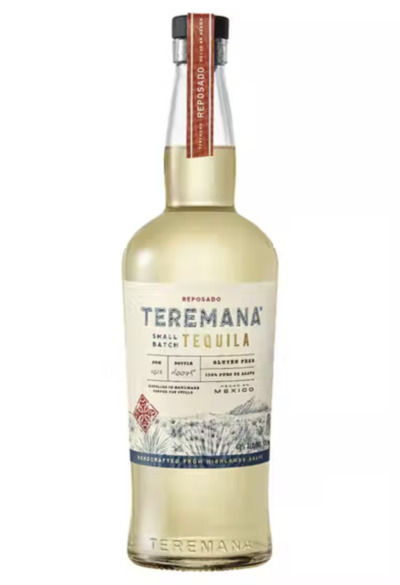 Avión Reserva 44 is an extra añejo that’s aged for 44 months in a temperature-controlled cave. We’re not saying we would have wanted to join it for the last 44, but we’re not not saying that either.

Avión takes it a step further by having Reserva 44 spend its last month in smaller oak barrels, which are rotated daily. You’ll find notes of caramel, vanilla, and oak inside. Yeah, actually, where can we sign up for this? 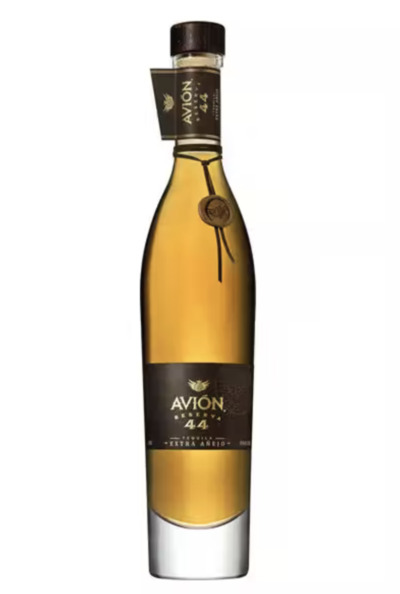 If you’re bored of margaritas, the double distilled Espolòn Blanco is an excellent choice for the Paloma. This silver tequila features sweet notes of citrus and vanilla. 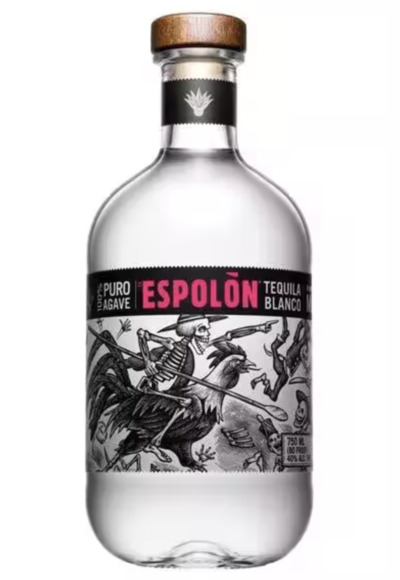 Casa Dragones Joven is a 100% agave-based joven that’s crafted in small batches. The extra añejo portion is aged in new oak barrels for five years and the final product has flowery notes mixed with vanilla and lemon. 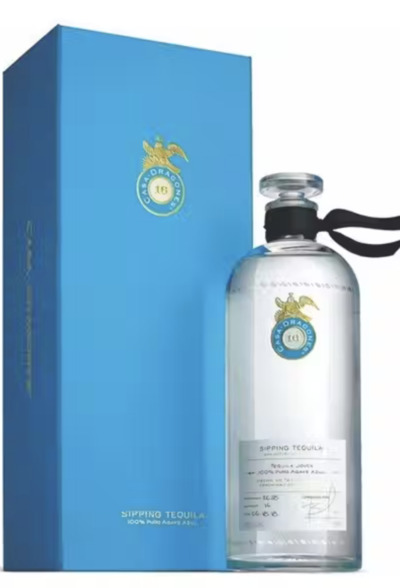 Milagro Reposado delivers the flavors of vanilla, almond, and caramel, and a hint of cinnamon in each sip. If you’re trying to get your best friend to stop drinking Fireball, pour her a shot of this. 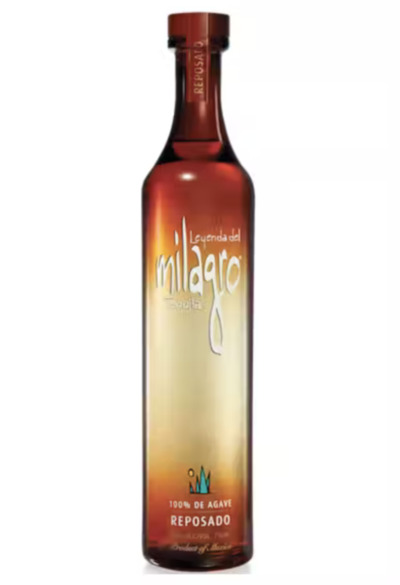 Are you a whiskey drinker looking to get into tequila? Then you might like Tequila Ocho Reposado, which is aged for just eight weeks and eight days in whiskey barrels. Inside each sip, you’ll find sweet notes of vanilla and caramel, alongside the fresh aroma of orange peels. But, no acutal whiskey. 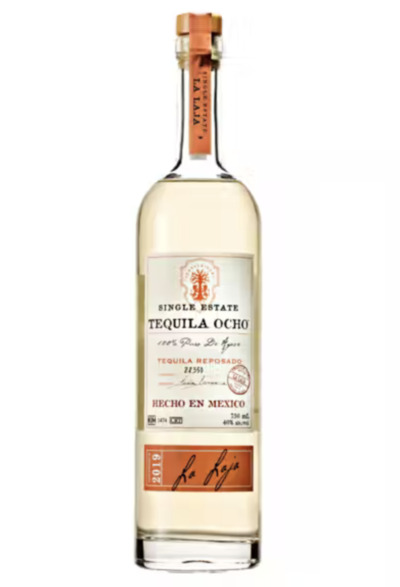 Latest posts by Jacqueline Gualtieri (see all)
As an Amazon Associate we earn from qualifying purchases. This post may contain affiliate links from Amazon and other sites that we collect a share of sales from.
68 shares