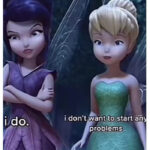 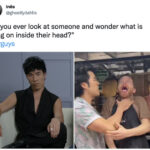 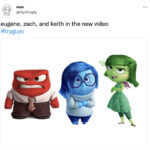 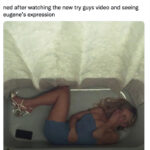 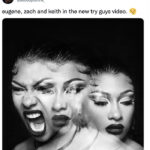 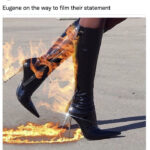 The Try Guys released a video addressing the removal of Ned Fulmer from the group after his alleged affair with a coworker. Honestly, it deserves an Oscar nomination.

As do the Tweets and memes in response to Eugene’s seething anger. 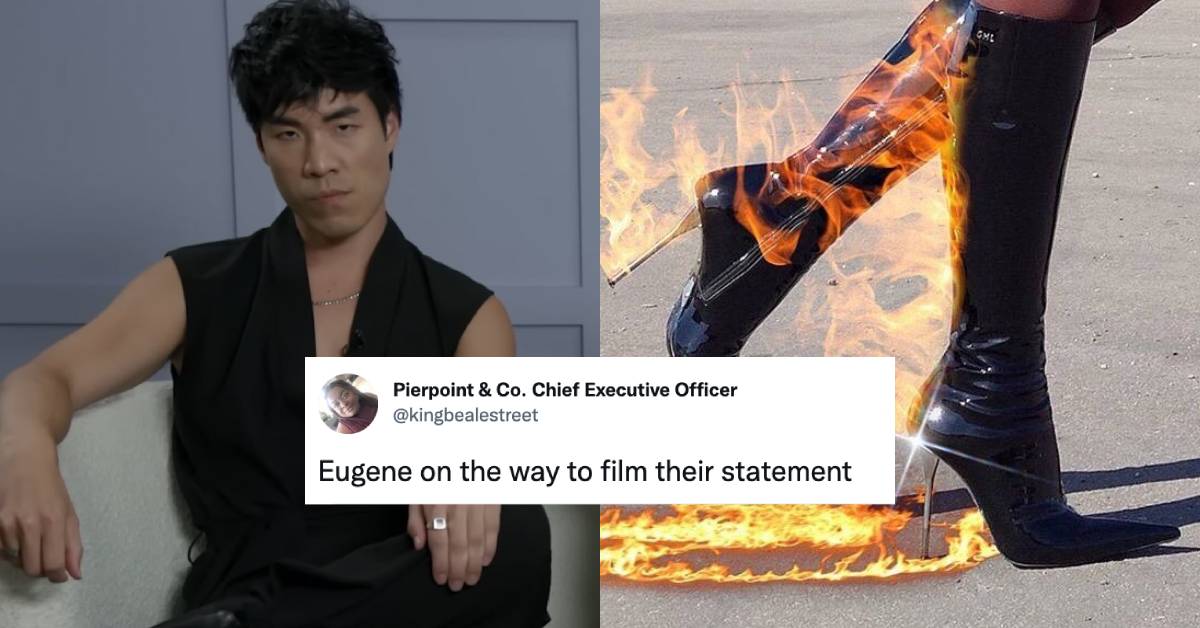 If you have no idea what we’re talking about, we’ll back up for a quick recap. The Try Guys – which originally included Keith Habersberger, Ned Fulmer, Zach Kornfeld, and Eugene Lee Yang – began as a BuzzFeed video project in 2014. People loved them, so in 2018 they branched out to create their own YouTube channel and production company, 2nd Try LLC.

They’re known for, well…trying things! Each member has their own unique personality, with Ned Fulmer claiming his as “the wife guy.” But on September 26th, rumors began circulating that Fulmer was cheating on his wife, Ariel. Not only that, the affair was allegedly with the Try Guys producer, Alex Herring.

Between the infidelity and the workplace romance, the other three Try Guys swiftly jumped into action to address the situation. According to their response video, they launched a full investigation, “refused to sweep things under the rug,” and removed Ned from literally everything.

He’s no longer in a part of the company, he’s been edited out of future videos, and previously taped segments featuring him have been scrapped.

So…that’s a lot. And obviously, the situation is pretty terrible for everyone involved. But as the Internet does its Internet thing, Twitter exploded with responses to the response video.

All of this has led to some top quality Twitter reactions and memes. Enjoy the best ones below. 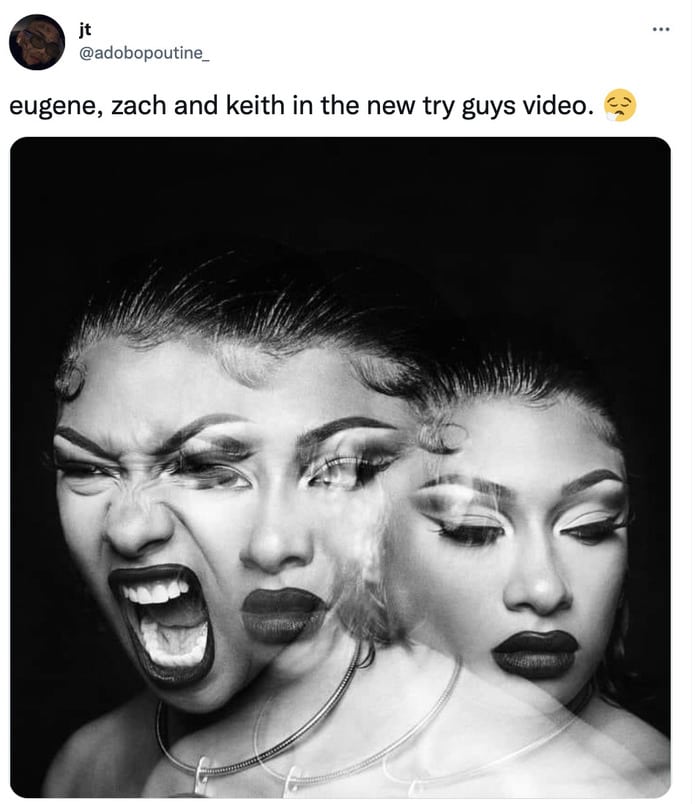 2. And that curtain is the lawyers. 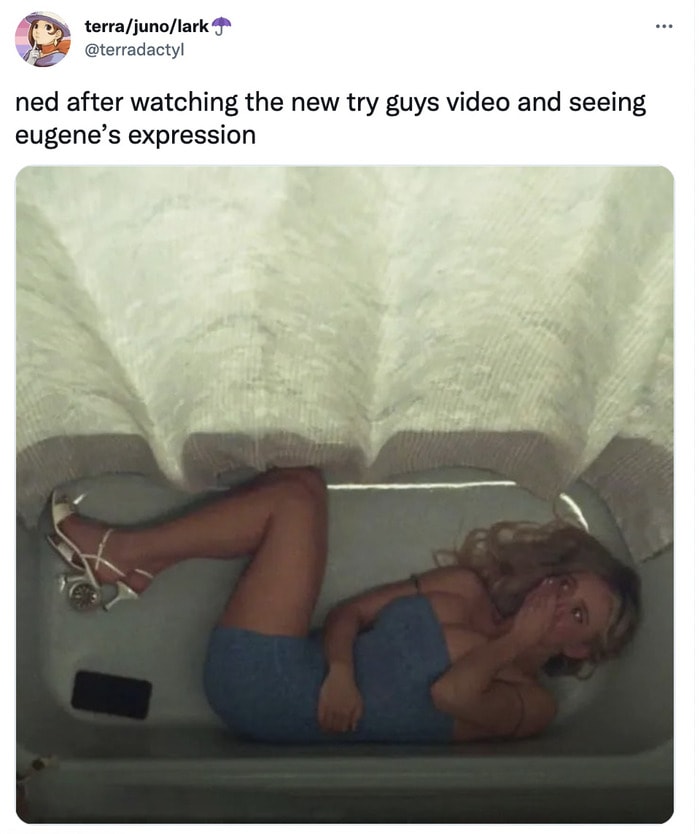 3. Why is this so accurate? 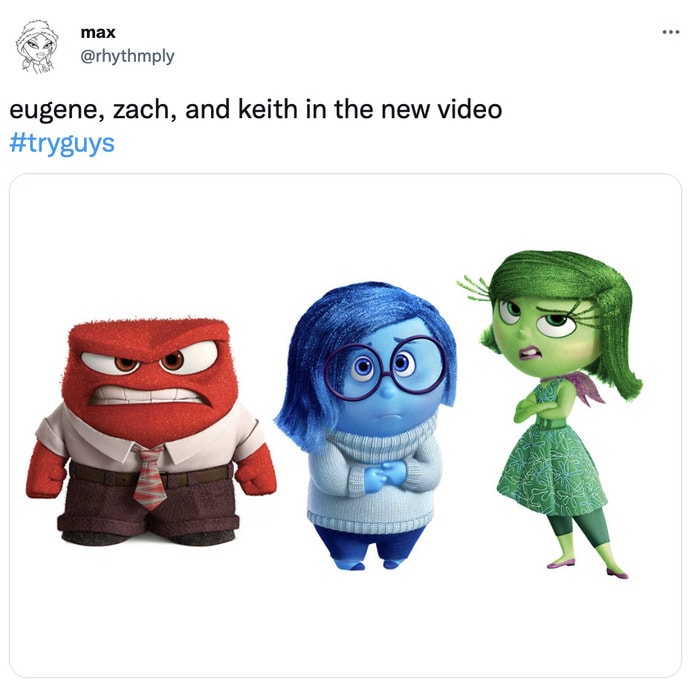 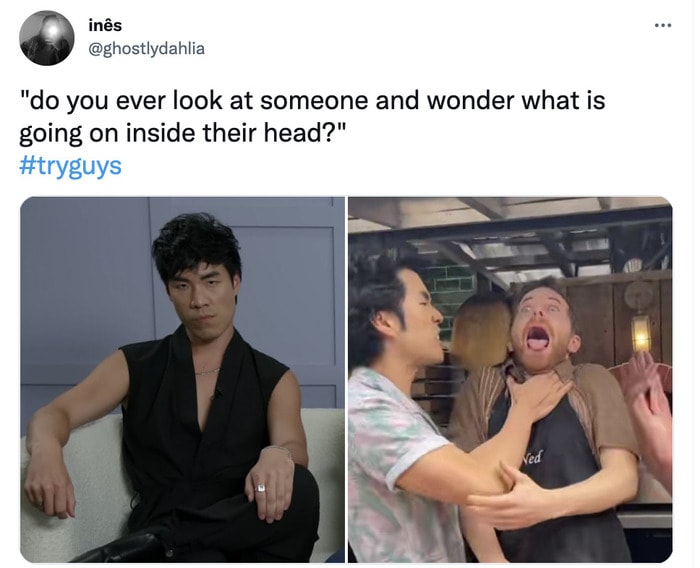 5. The revenge look does it again.

this whole situation is heartbreaking but eugene expressing his thoughts even though he legally can’t use its words was perfect. poor try guys 🙁 pic.twitter.com/KdEDc0hcRH 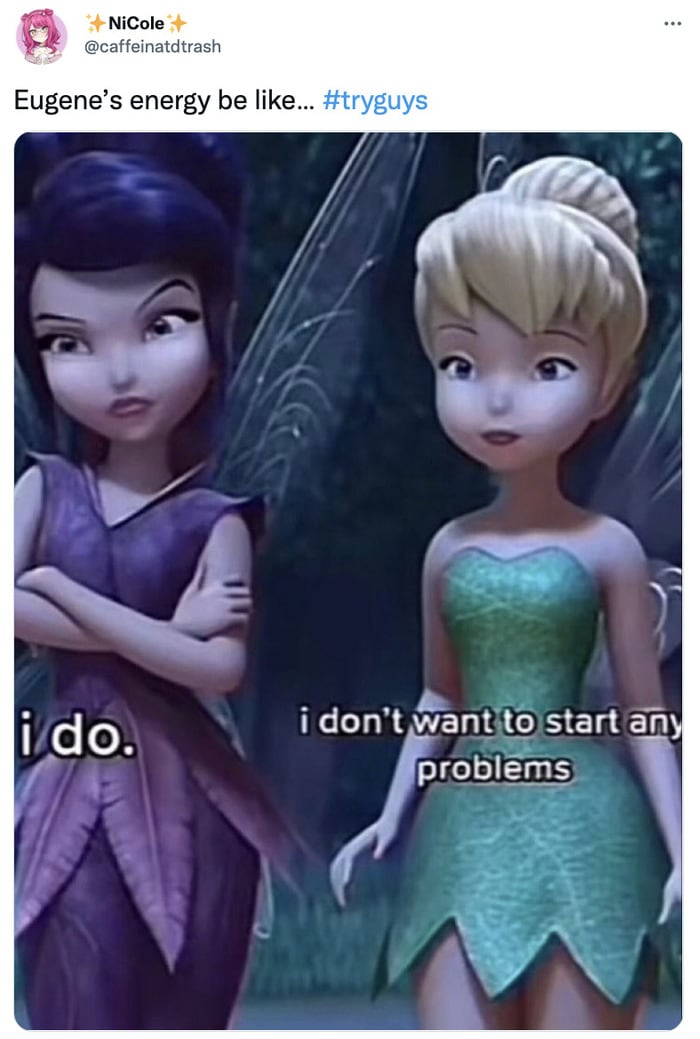 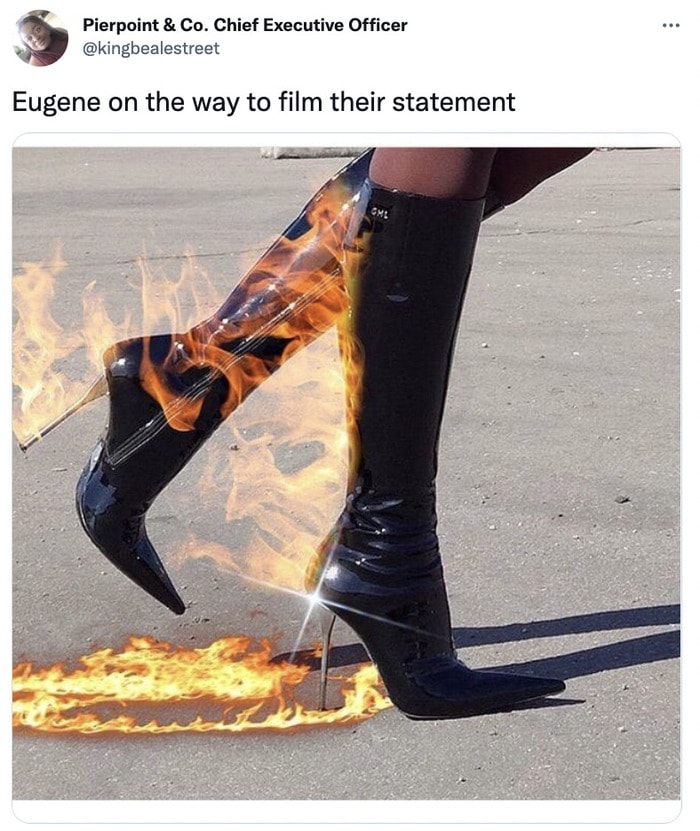 8. They have a very nice vacation in their future.

The Try Guys editor having to edit that one guy out of all their shit: pic.twitter.com/eNc36oopb6

Need a Try Guys: Try Letting Eugene Do What He Gotta Do pic.twitter.com/8t4aXsgfts

eugene's face journey… the man is TRYing to feel anything other than blinding fury rn and it's not working pic.twitter.com/uGksJuLv9e

11. In the distance, a tree bursts into flames.

eugene was really like “i can’t say how pissed i am with words for legal reasons so let me just say it with my face” pic.twitter.com/DwjgmD32Yz

if nothing else eugene’s commitment to serving looks no matter the circumstance is so inspiring pic.twitter.com/V9OsXKBTZc

Eugene is literally the definition of “if looks could kill” 😬 pic.twitter.com/c1qrCkhTV5

everyone saying they're eugene in that try guys video, I'm keith pic.twitter.com/n8KdaRz4rU

15. They are about trying things, right?

the way eugene sitting with his legs crossed mad as hell..ned watch out pic.twitter.com/jBhCPlFYbO

Eugene looks mad as hell i know Ned Fulmer was hiding in the office like this when the news came out pic.twitter.com/uTN3HE7AIZ

the try guys lawyers vs literally everyone else talking to eugene#tryguys pic.twitter.com/s91a4JqK3q

Not #tryguys putting out a better apology for something they didn't do, than most of the creators that have done one.

Latest posts by Hannah Rex (see all)
As an Amazon Associate we earn from qualifying purchases. This post may contain affiliate links from Amazon and other sites that we collect a share of sales from.
998 shares