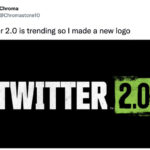 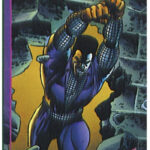 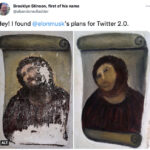 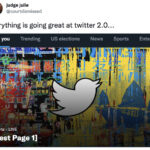 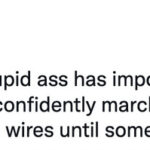 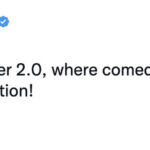 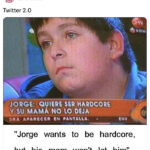 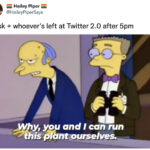 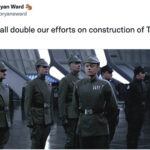 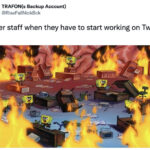 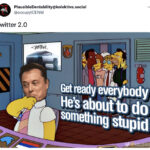 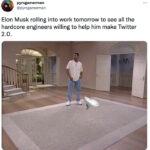 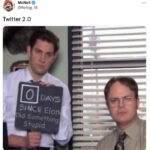 Elon Musk has been creating waves of controversy since he took over Twitter. And while many of his actions are extremely questionable (see: paying for a blue verification check mark), his latest decree of “Twitter 2.0” may be the craziest yet.

On the other hand, it may be the most brilliant idea yet, because Twitter is going bananas with tweets and memes in response to it. Well, the people using the platform. Not the employees. We imagine they hate it.

So what is this new regime that Musk wants to implement? After laying off a large portion of employees, he’s now stated that everyone left should expect to work “long hours at high intensity.” If they don’t want to, they’ll lose their job and receive “three months of severance.” 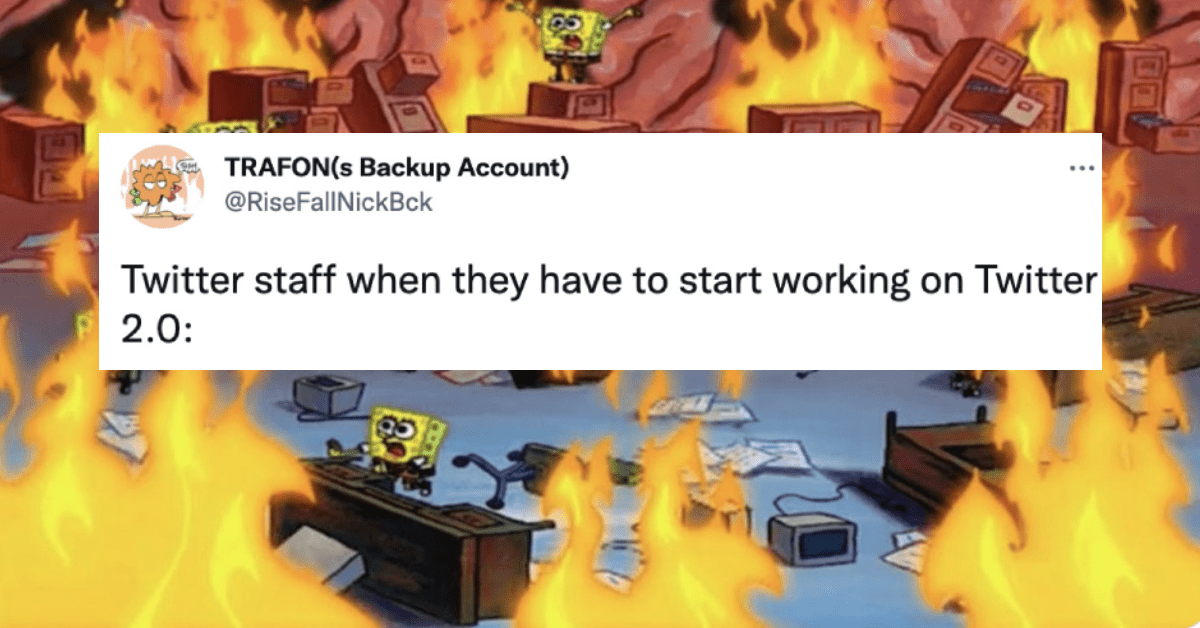 “We will need to be extremely hardcore,” Musk states in his notice. (Not a parody.) In the background, fireworks explode, Monster Cars rev their engines, and rugby players start charging into the crowd. (A parody.)

Of course, people took to Twitter to express their thoughts. Here’s the best tweets and memes so far. Enjoy them before the server crashes. 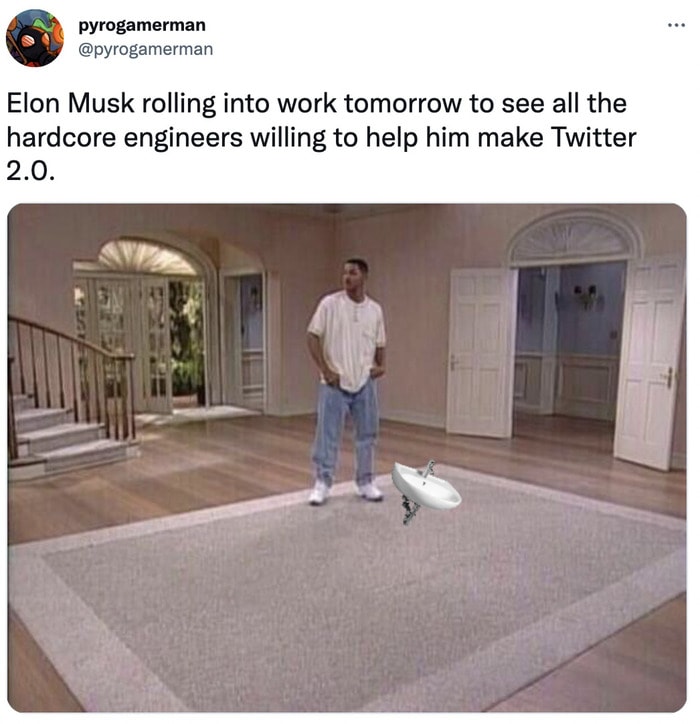 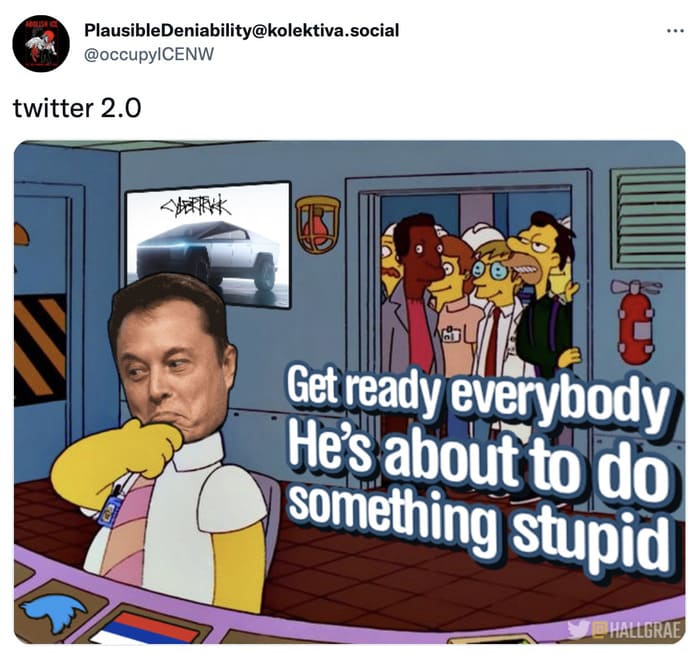 3. Is anyone else smelling that Axe body spray? 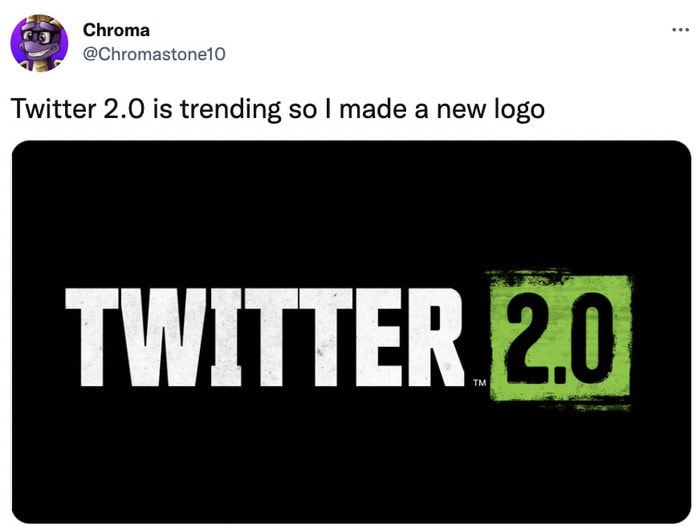 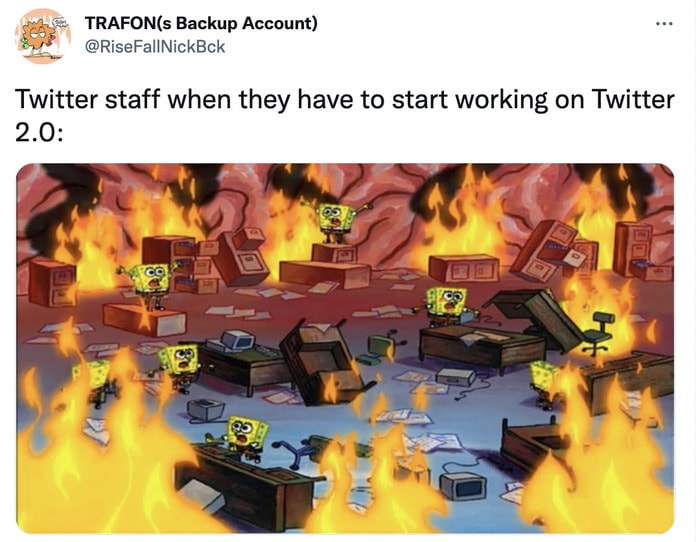 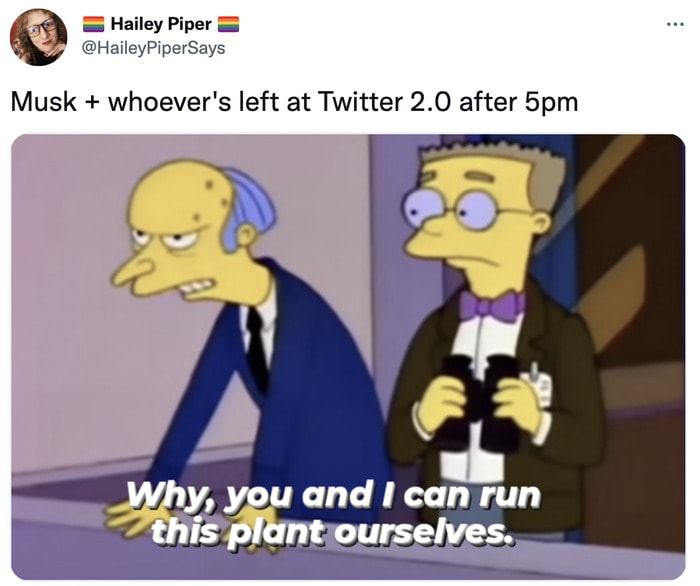 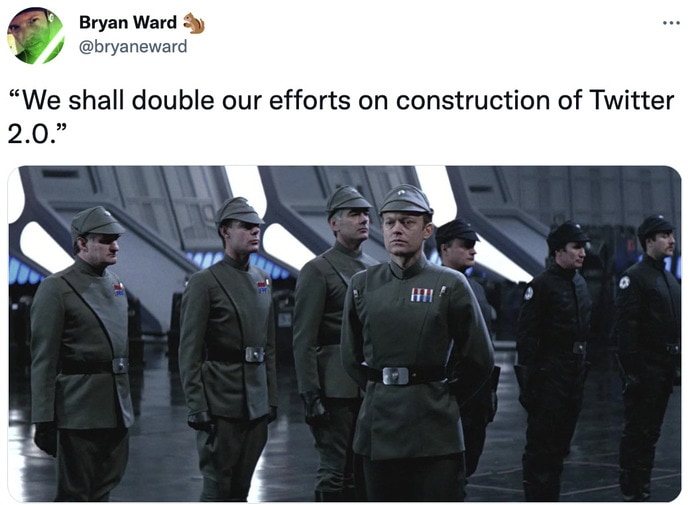 7. But Mom! All the billionaires say it’s cool! 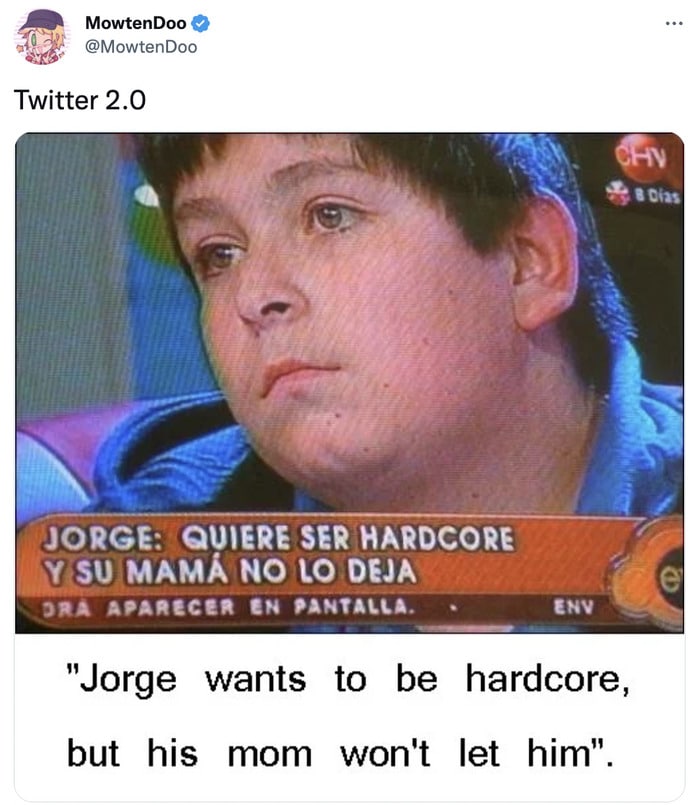 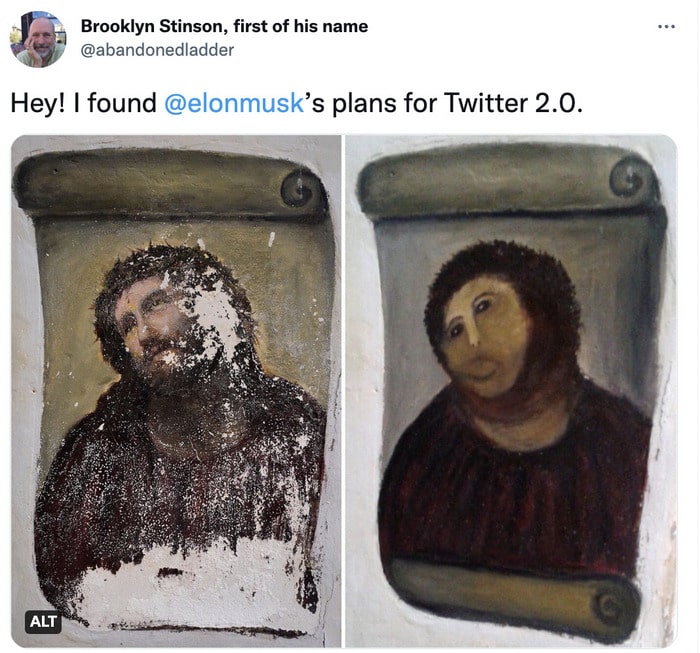 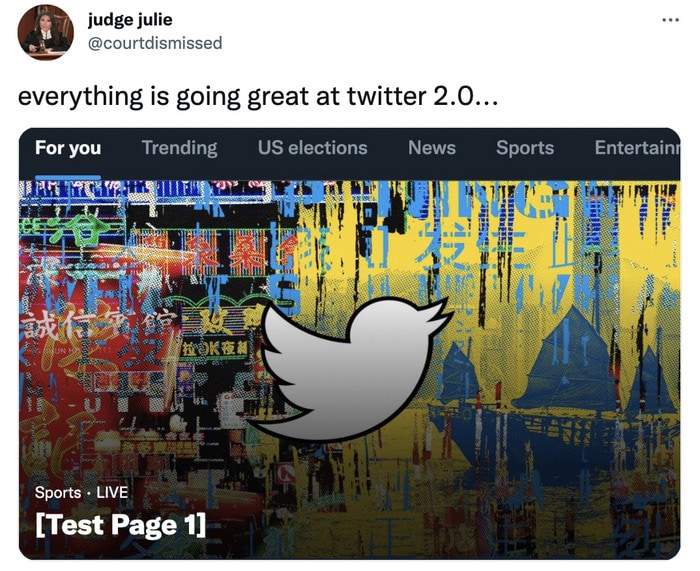 11. How is Twitter HQ going to work without any walls? 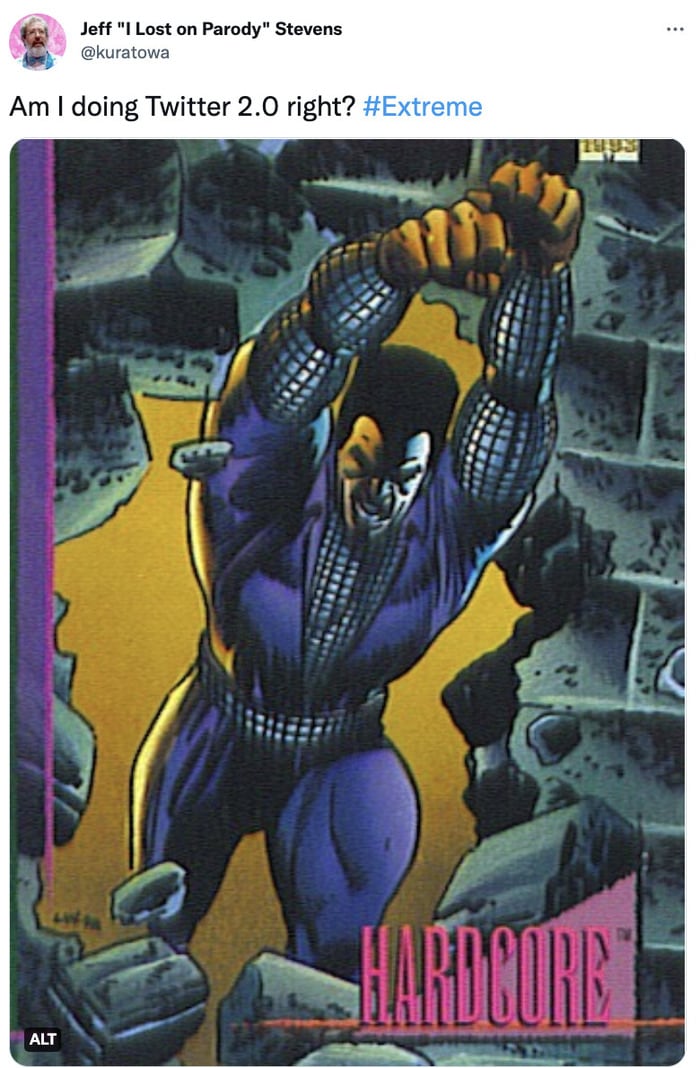 12. This is the confidence boost we didn’t know we needed.

13. Join us tomorrow to start the count again! 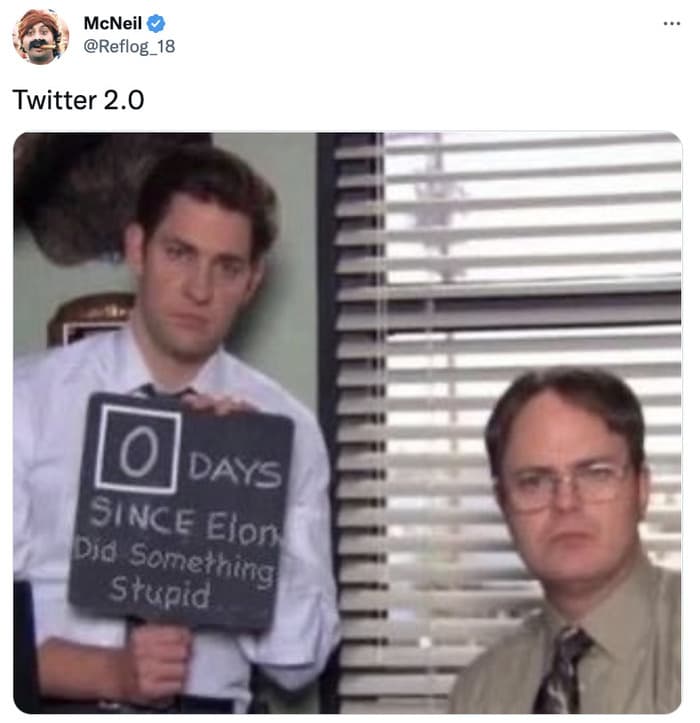