Home » Food + Drink » Bars + Restaurants
This post may contain affiliate links that we collect a share of sales from. Click here for more details.
1.4K shares 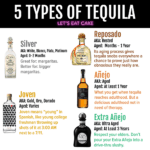 If you live in America, chances are you’ve tried a few types of tequila.

We love our Margarita Mondays and Taco Tuesdays. In fact, America imports a whopping 75% of the millions of liters of tequila produced in Mexico each year. And I’m responsible for drinking 74% of that.

Tequila is made from the blue agave plant, and is primarily distilled around the city of Tequila, Mexico.

What are the Different Types of Tequila?

There are two main tequila classifications: mixto and 100% agave. A bottle can only be labeled as tequila if at least 51% of fermentable sugars come from the agave plant.

100% agave means it’s been distilled purely from blue agave without any additives or added sugars. These are considered to be better tequilas and can be sipped neat.

A mixto tequila means prior to fermentation, the tequila has been mixed with cane or corn sugars. These cheaper mixto tequilas are best enjoyed in cocktails. 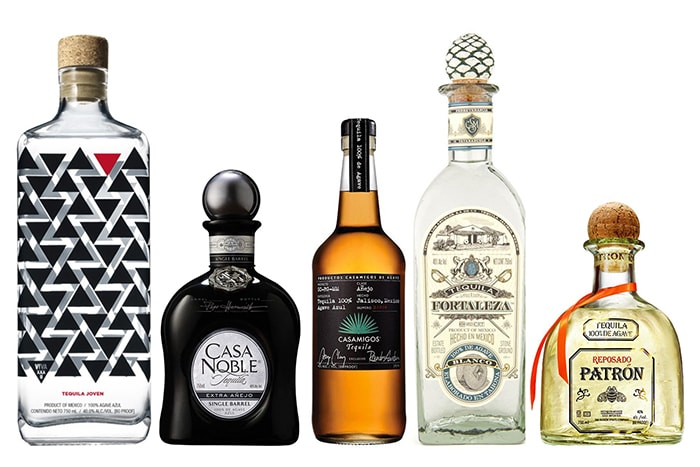 Just like champagne must originate from France, it’s Mexican law that a spirit can only be called tequila if it’s produced in one of five states in Mexico. The bulk of tequila is made in Jalisco, but some is made in Guanajuato, Nayarit, Michoacán, and Tamaulipas.

So, if you’re trying to start a tequila facility in your mom’s basement, you’re going to have to relocate. 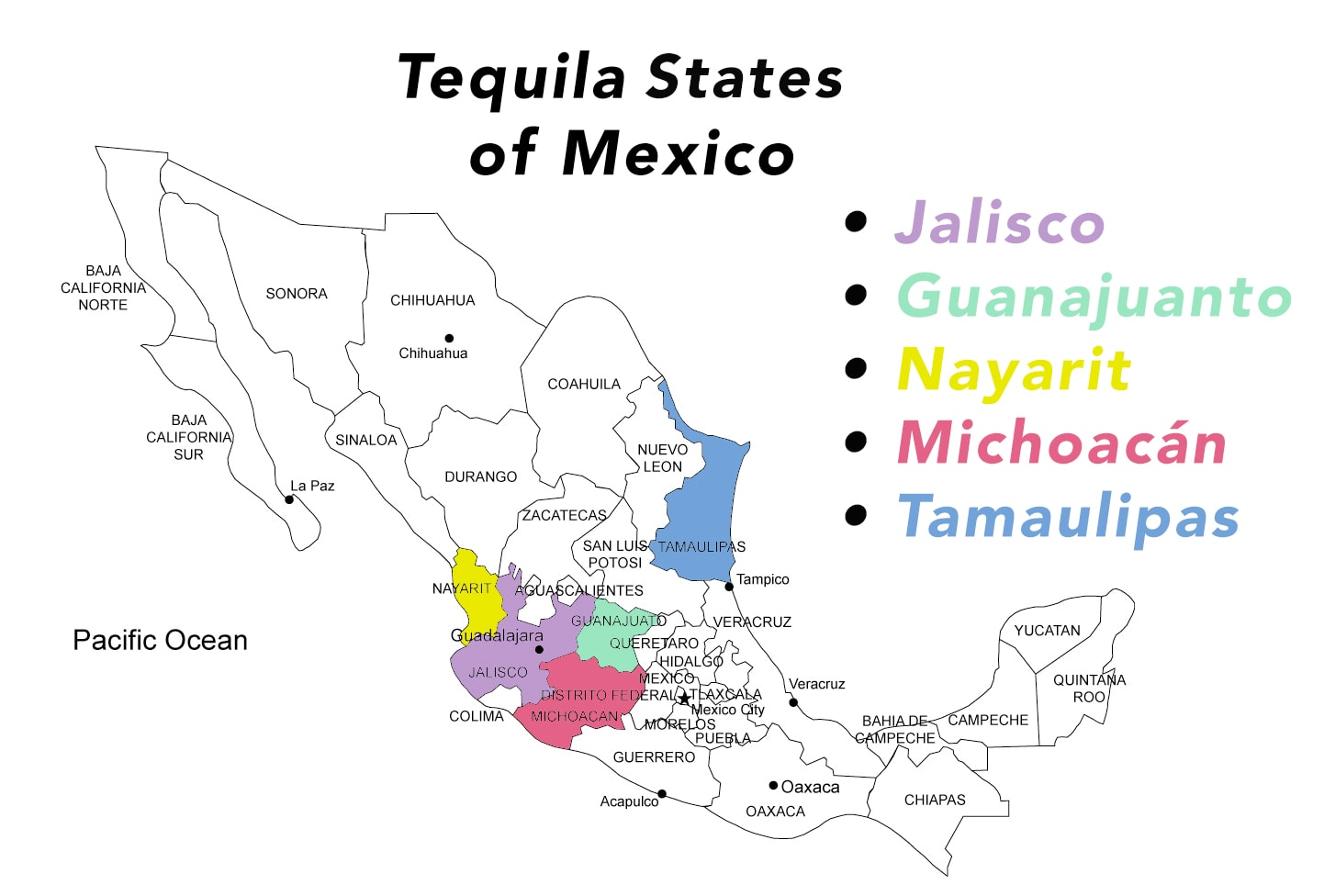 The youngest type of tequila is Silver tequila. It’s made of 100% blue agave in its purest form and is rarely aged for more than a few weeks. It’s also known as White, Plata, Platinum, and tequila Blanco.

Because this slightly sweet tequila is often freshly distilled instead of spending time in the aging process, it stays clear or silver-ish in color (hence the name, “blanco” meaning “white.”). On occasion, distillers age blanco tequilas for up to two months if they want a smoother spirit. 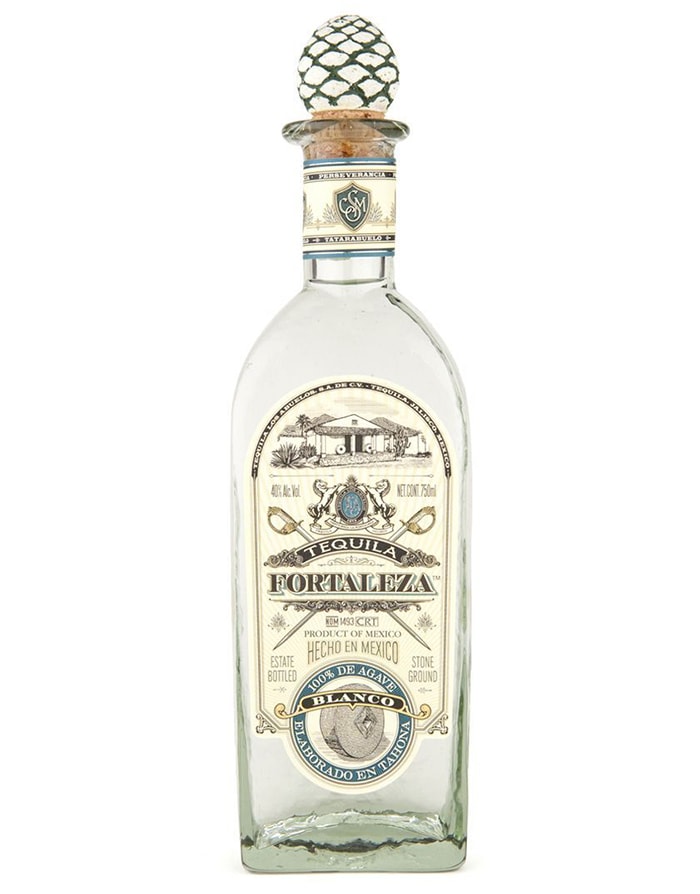 Joven tequila (which means “young” in Spanish) is often called dorado, gold, or oro (which means gold) because of its golden color.

This tequila type is often a mixto, and may get its gold color from flavoring agents such as grain alcohols, caramel coloring, or other additives. I always thought this tequila was called “young” since you often see college freshman throwing up shots of it at 3:00 AM next to a 7/11.

To avoid a hangover from hell, splurge for a higher-end gold tequila with a label that states it’s made from 100% agave. These jovens are made from a blend of silver and reposado tequila and/or añejo. 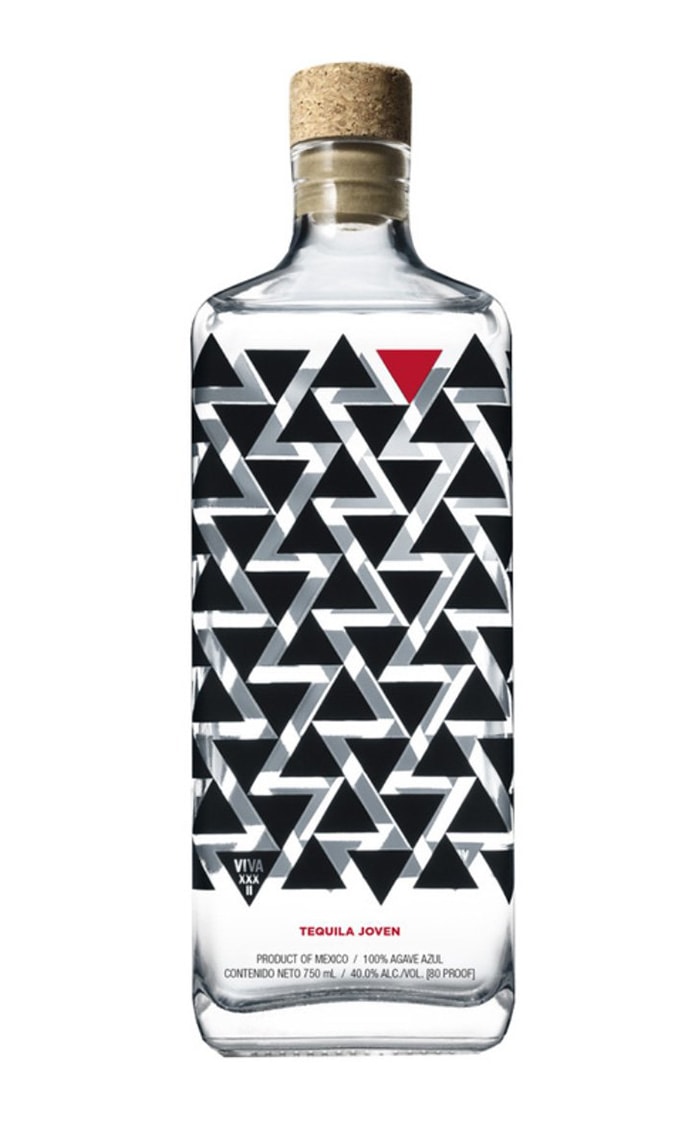 In order to be classified as a reposado tequila (also known as “rested”), it must be aged in wood casks from two months to a year. Many distilleries age their tequilas in used bourbon barrels to add these flavors to the finished product.

The aging process not only adds a natural golden color, it also gives bros agency to say things like, “oh yes, I taste subtle hints of vanilla, nuts, and coffee” in between swapping lacrosse stories. (It does actually give the tequila hints of oak and vanilla but don’t tell Chad I said that.)

You can use reposado in cocktails, or enjoy it straight. 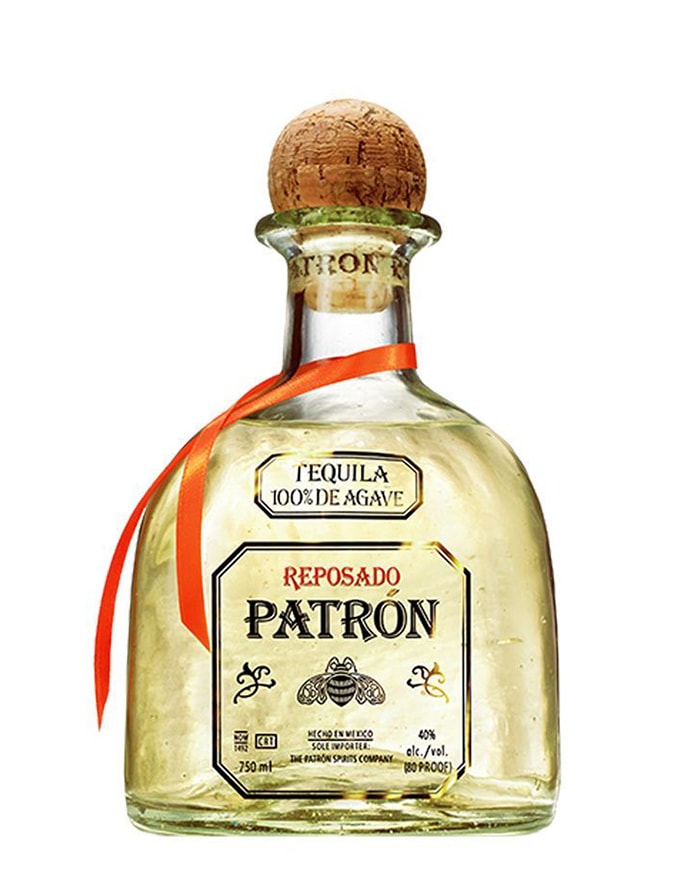 Añejo, or “aged,” tequila rests for at least one year in oak barrels. This causes it to lose its agave characteristics, turn an amber color, and take on the barrel’s flavor. Mmm… bark.

The result is a rich and smooth tequila with hints of butterscotch and caramel character. It’s best enjoyed neat or neat with water, and you can use it as a substitute for whiskey.

Añejo is basically when tequila has reached adulthood. It’s kind of like when you grow up and lose your innocence and are full of baggage, except in this case the baggage is delicious and not in need of therapy. 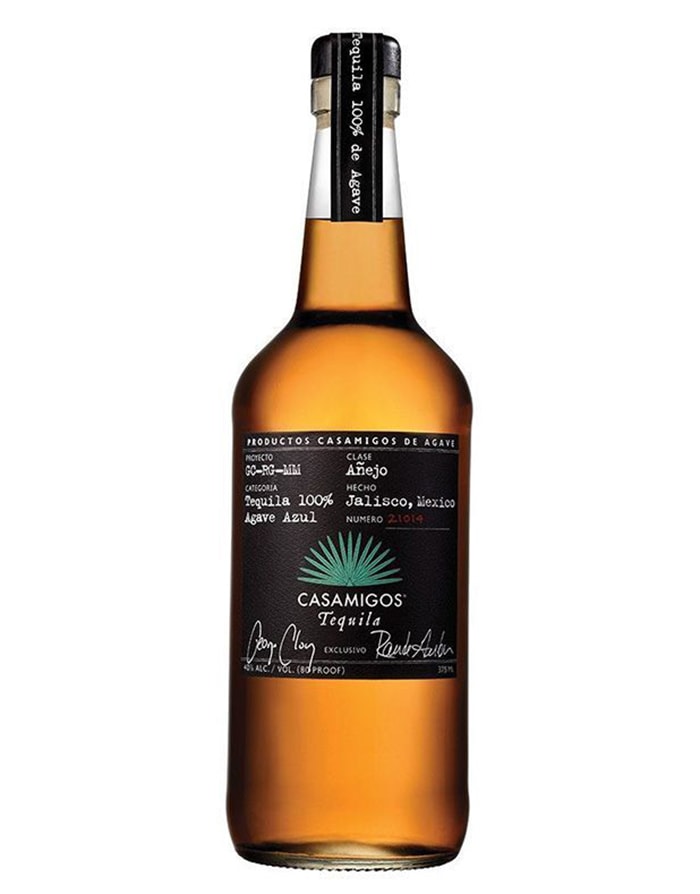 Extra añejos (or “ultra aged”) are darker tequilas that have aged for at least three years in a container with a maximum capacity of 600 liters.

These extra aged tequilas are the senior citizens of tequila. The complexity, smoothness, and flavoring in this mahogany-colored spirit can resemble whiskey or brandy. Extra añejo tequilas are best for sipping rather than mixing into mixed drinks.

Remember: respect your elders. Don’t pour your extra añejo into a drive-thru slushy. 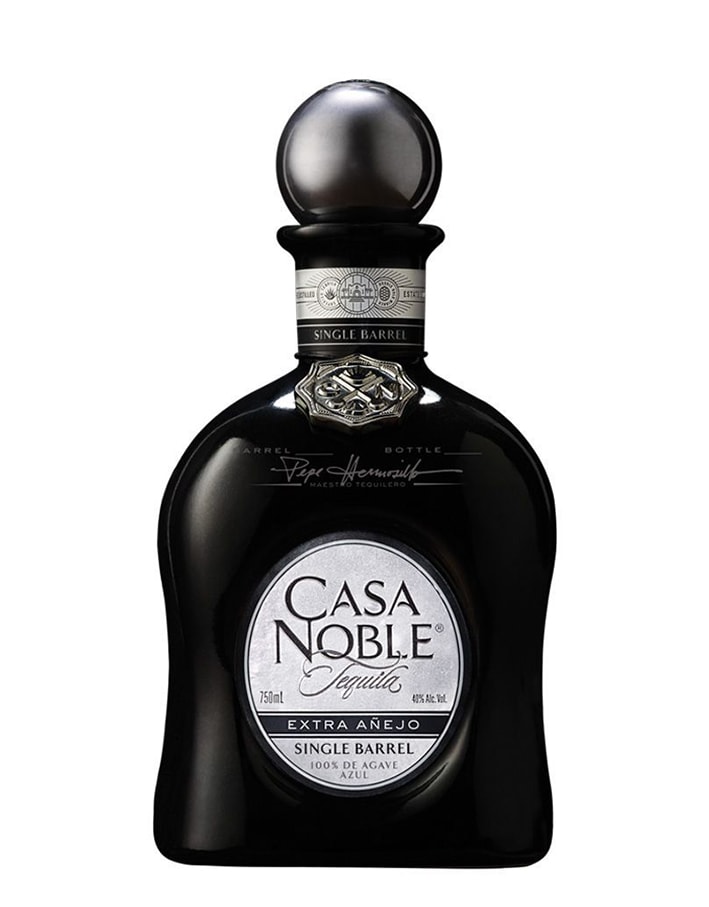 What Is the Best Tequila for Margaritas?

For margaritas, you’ll want to choose a lighter-flavored tequila, like a reposado or blanco tequila. Aged tequilas will give your margarita an oaky-caramel flavor. Which isn’t bad, but it does make for an expensive cocktail.

My favorite tequila for margaritas? Patron Silver. You could also go with mezcal if you prefer something smokier.

Mezcal is similar to tequila but where mezcal can be made from over 30 types of agave plants, tequila can only come from the blue agave. Basically, all tequila is mezcal, but not all mezcal is tequila.

What Is the Smoothest Type of Tequila?

Añejos and extra añejos are typically the smoothest tequilas for sipping.

If you’re trying to avoid that “I’m a cat with a hairball” face, pay special attention to quality. Some recommendations to get you started: Gran Patron, Casamigos Añejo (George Clooney’s brand, swoon), and Don Julio 1942 Añejo. 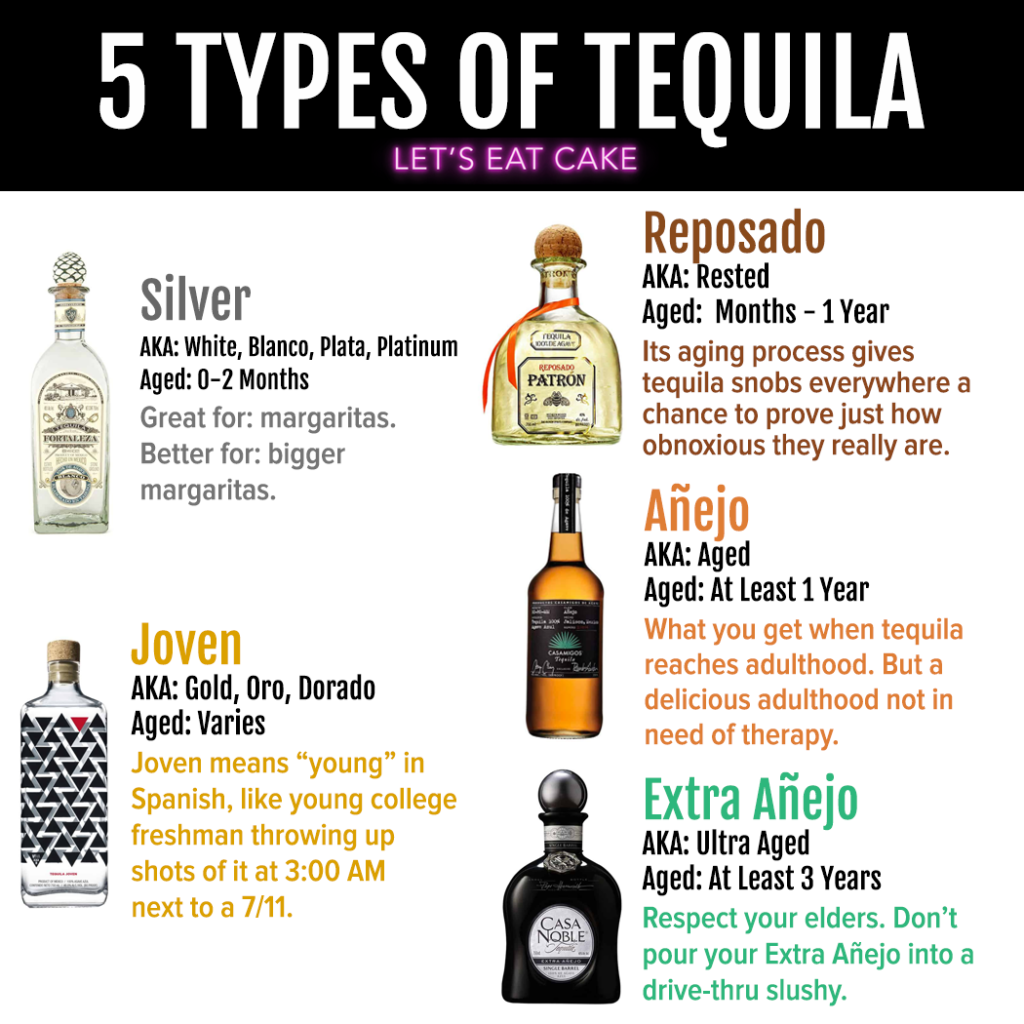 Latest posts by Chelsea Frank (see all)
As an Amazon Associate we earn from qualifying purchases. This post may contain affiliate links from Amazon and other sites that we collect a share of sales from.
1.4K shares