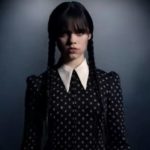 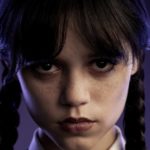 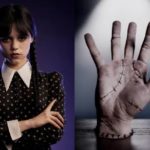 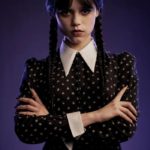 Halloween is coming early this year. Netflix announced that they’re releasing an Addams Family spin-off series about the world’s most mischievous child. No, not Violet Beauregarde. Wednesday Addams.

The upcoming horror comedy show is aptly called Wednesday, and will feed our soul with new Addams Family content, which we’ve been desperately waiting for. It was really getting sick of GrubHub.

What We Know About “Wednesday” on Netflix

Jenna Ortega, who you probably recognize from YOU and Scream (2022), will play the daughter of Morticia and Gomez Addams. She absolutely nails the look of the deranged teenager. Based on her experience in horror and generally creepy entertainment, we’re sure she’ll kill it in this new role.

Christina Ricci, the OG Wednesday Addams (in our hearts at least) will be a part of the show, but her role is under wraps. All we’re asking is you don’t make her play Cousin Itt.

The rest of the cast includes Catherine Zeta-Jones as matriarch Morticia Addams, Luis Guzmán as her doting husband, Gomez, and Gwendoline Christie (AKA Game of Thrones‘s Brienne of Tarth) as Larissa Weems, Morticia’s nemesis.

After a six-year stint of creating nearly unwatchable films, the director of Beetlejuice and Batman Returns returned to his roots with Miss Peregrine’s Home for Peculiar Children and seems to be on an upward trajectory. And, is there anyone else you’d really want to see direct a Wednesday Addams series?

After all, Tim Burton is the mastermind of all things creepy…if you don’t count our next door neighbor who only leaves his house with suspiciously-shaped garbage bags. Where he finds that many parallelogram-shaped objects is beyond us.

4. The plot will follow Wednesday’s time at Nevermore Academy.

According to Netflix, the show will chart “Wednesday’s attempts to master her emerging psychic ability, thwart a monstrous killing spree that has terrorized the local town, and solve the supernatural mystery that embroiled her parents 25 years ago — all while navigating her new and very tangled relationships at Nevermore.”

5. The release date is still TBD.

So far, all we have is the very short teaser trailer from Netflix with an ominous, “coming soon” warning. We don’t know if that’s “soon” in the sense of a fast minute where you’re eating pizza, or a slow minute when you’re holding a plank and thinking about eating pizza. But we hope it’s sometime this year.

You’d think that Halloween would be a good time to release this new series written by Smallville creators Al Gough and Miles Millar. But if we know anything about the Addams family, is that they’re all together ooky. And that doesn’t bode well for following the norm.

Latest posts by Hannah Rex (see all)
As an Amazon Associate we earn from qualifying purchases. This post may contain affiliate links from Amazon and other sites that we collect a share of sales from.
13 shares