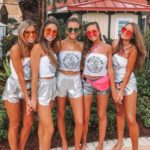 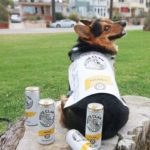 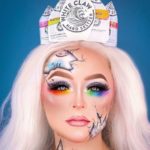 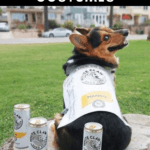 As much as we thought 2019 was the peak of Clawsomeness, turns out the stuff is still having its moment. Why, it was just weeks ago we were talking about White Claw cakes and White Claw slushies. Now that it’s Halloween,  how better to capitalize on a trend than by investing in its parent company? Or you could wear it as a Halloween costume, we guess.

We’re a big fan of the see-through fanny pack that can fit two cans of White Claws comfortably, or two bottles of wine uncomfortably. 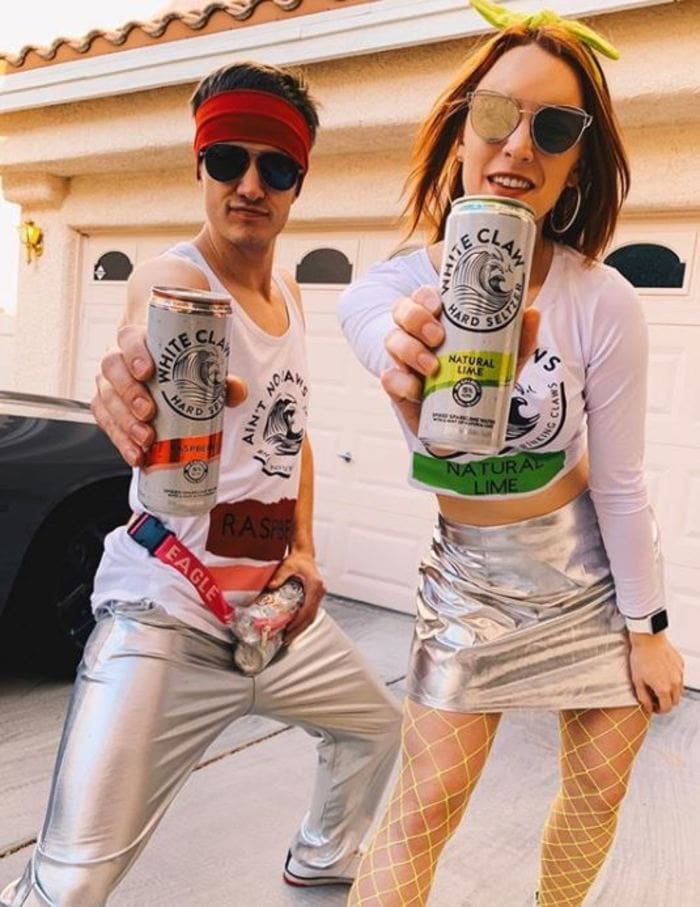 Maybe there are some laws if you’re drinking Claws in international waters.

We estimate it took him at least three or four six-packs to complete the outfit, and another two for the liquid courage to go out in public.

This takes the these are all cakes meme to a whole new dimension.

Silver shorts, fishnets, crop tops, and hopes and prayers that it’s the temperature is above 50°.

He’s our official emotional support animal… but only when he’s carrying White Claws. For more great dog Halloween costumes, check out these.

Her nails match her can! But not the one she’s wearing because we all know that would be overdoing it.

9. There Are Apparently Some Laws

Every homemade White Claw costume is basically a testament to how much free time people have on their hands. Other people.

The perfect get-ups for handing out booze – or boos, as we call them on Halloween. Yes, this makes for a lot of repeating ourselves.

We had no idea White Claw cans could be this big or that morning radio DJs still existed.

Warning: Do not insert White Claw directly into eye. We always forget that important direction!

Did you know that if you drink enough White Claw, you can time travel? Try it on Halloween — you might find yourself in a whole ‘nother month! (November, that month is November.)

Turns out these two were the only ones protected from the government reading their thoughts. Which reminds us, we need to make some new tinfoil hats!

This costume is handmade, guys! No pants required, but strongly encouraged. October can be nippy!

There are instructions for this amazing outfit, but we quit at “Flip your trash can upside down” as it resulted in a full-on mess that took us forever to clean up.

The cool thing about this is you can just do a different flavor every year and you’re set for at least, what – eight years? Please tell us, we only how to count up to four.

Technically more of a group outfit than a White Claw costume, so save this one for next year.

This has inspired us to replace the acid in our Super Soakers with White Claw. Is it ironic that White Claw is getting us to reform our lawless ways? Or is that not how irony works? GODDAMN YOU ALANIS!

Latest posts by Ashley Hubbard (see all)
As an Amazon Associate we earn from qualifying purchases. This post may contain affiliate links from Amazon and other sites that we collect a share of sales from.
183 shares