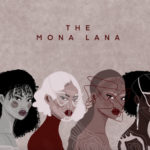 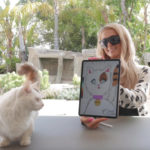 The blockchain is the technology of the future, but according to a CNBC and Acorn survey from August, there are twice as many men as women investing in cryptocurrency.

But, women — from celebrities like Paris Hilton to community organizer and Liquality co-founder Thessy Mehrain — are making waves with NFT collections, cryptocurrency projects, and more. These investors, founders, developers, and artists bring fresh voices to the space. 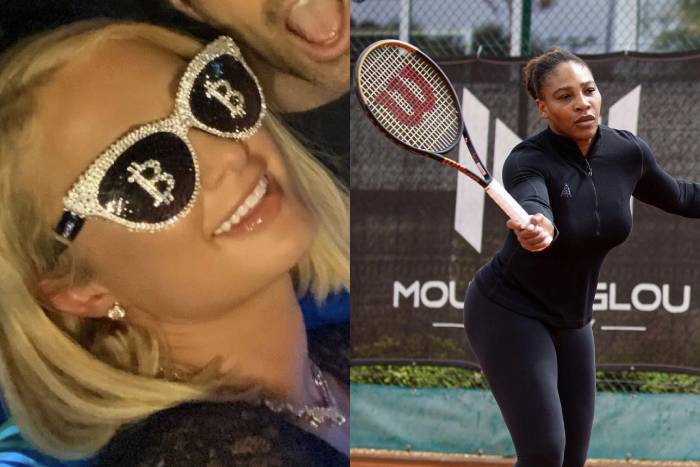 Just Some of the Cool Women in Crypto

Paris Hilton was a cryptocurrency investor long before that was hot. Back in 2016, she invested in Bitcoin when it was at $1000 and Ethereum when it was $10. She even named her dogs Crypto and Ether. We guess “Sit, Non-Fungible Token” was a bit of a mouthful.

The billionaire heiress is one biggest celebrity advocates for the technology, and was also an early adopter of NFTs, and of female NFT artists in particular.

I’m calling it @ParisHilton is honorary #graffitiqueen although no artwork in the show she engaged and followed many of the Women as support and we love that’s she’s here with us in spirit! #graffitiqueens @GraffitiKINGS ❤️❤️❤️ pic.twitter.com/3t3tceyd5D

Hilton is also NFT artist in her own right. In March 2020, she worked with Cryptograph to sell a drawing of her kitten, Munchkin. The sale raised $17,000 for food and housing charities. She continues to make NFT art, such as pieces inspired by her late dog, Tinkerbell and created Paris World in Roblox. 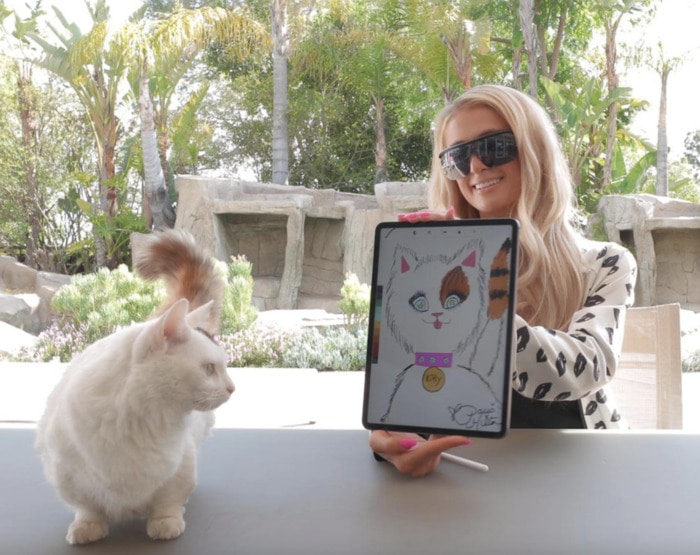 If you missed out on joining the Bored Ape Yacht Club when those were selling for 1 to 2 ETH (they’re now available for around a cool $250k), you might want to take a look at Karkai’s World of Women. The floor price is still 2.4 ETH, while the most popular are starting to sell for 100.

Karkai is the artist and creator behind the sold-out generative NFT collection which features 10,000 women with a diverse range of skin tones, ethnicities, and body types. The project has attracted celebrity collectors include Reese Witherspoon and Karkai has used a portion of the sales to support other artists and women-centered causes. 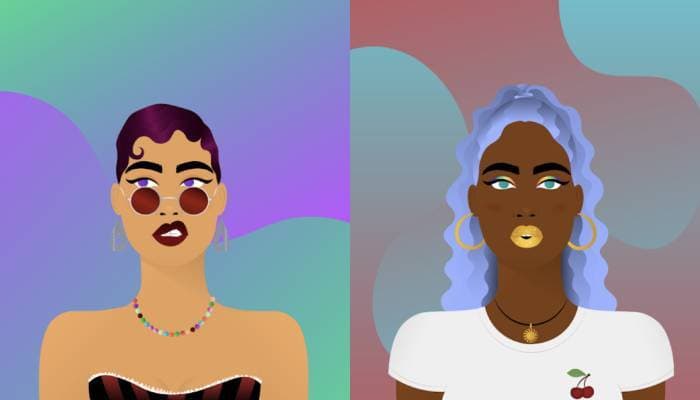 Witherspoon is making waves in the NFT space – what, like it’s hard? She entered the NFT space when she purchased one of the World of Women and set it to as her Twitter avatar.

Just bought my first NFTs ! I’m learning so much. 🤖😺👾Would love to know about amazing women creating #NFTs. Talk to me #cryptotwitter

Since, she’s continued to use her influence to support women-led NFTs and has been buying NFTs from predominantly woman-led ventures. Her media company, Hello Sunshine, also attended the NFT.NYC conference in November and the Women Rise NFT artist residency.

If you’re an artist thinking about minting work onto the blockchain, you might want to get on that. Like, now. Take inspiration from Lana Denina, a painter who has made more than $300,000 selling her art as NFTs. For artists, NFTs can be a way to circumvent the gatekeeping of the traditional art world. Plus, you earn royalties each time a piece is resold.

WOW ! I'm on @CNBC !! Go read this amazing article written by @itstaylorlocke about my journey in the Nft/ crypto art space. This has been absolutely amazing to see how this space helped me express myself to the fullest. https://t.co/CDi0i8toVl

Her Mona Lana collection, features 500 unique portraits of women created from 112 traits. The original collection sold out in weeks and is now available in the secondary market on OpenSea. She’s using part of the proceeds from the sales to support Cyber Baat, “a creator DAO of artists of African descent in the metaverse.” 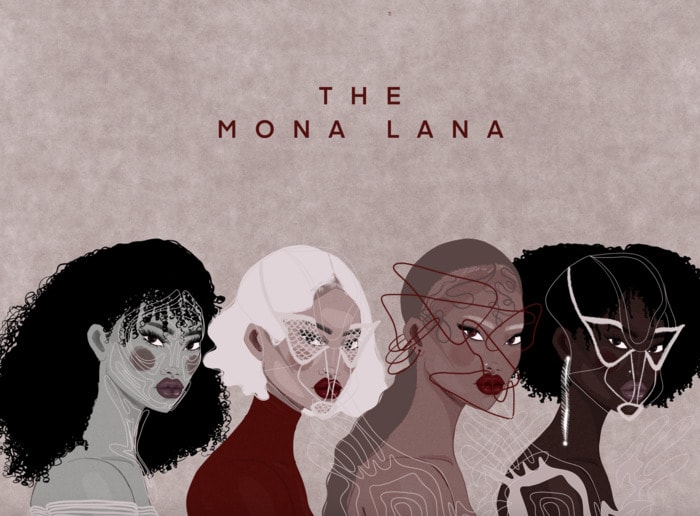 Emma Hernan is the newest cast member of Selling Sunset, but real estate isn’t her only investment. Between her real estate business, her angel investments in startups, and her plant-based food company, Emma Leigh & Co, her Google calendar is about to break the Internet.

Hernan told Nylon that she loves crypto and drops a key tip to keep in mind if you are planning on investing: “I love crypto. I’m definitely getting more involved in that each and every day. NFTs I wasn’t as into. Plenty of my friends and family are into it, but you never want to get in when you’ve already missed the boat. You don’t want to get in when it’s on a high.”

Bored Becky, Data, and NFTIgnition are the current co-owners of Fame Lady Squad, another generative avatar collection of all-female NFTs, but one that has an unexpected backstory.

The original collection launched in July 2021. It claimed to be “the first all-female led and female-based NFT project.” @DigitalArtChick and other community members suspected this was not the case and the team finally admitted that they were men. Which was a twist we didn’t see coming. The project was relaunched in late August with new project leads.

Bored Becky and NFTIgnition are also the co-hosts of From the Blockchain, a podcast that talks with industry experts about NFTs. 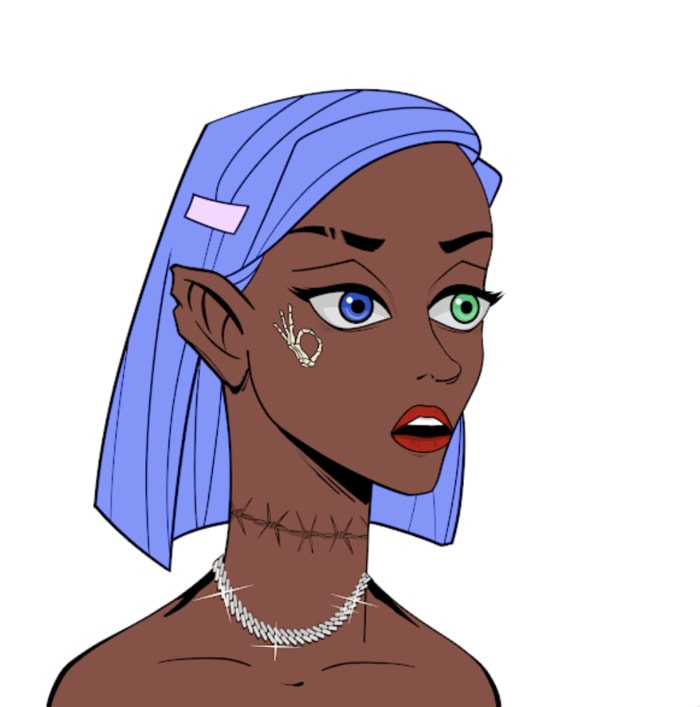 The artist formerly known as Scary Spice made history when she became the first mainstream music artist to sell her music for Satoshis. She partnered with Cloud Hashing to accept Bitcoins through her website in payment for her new single, “For Once in My Life.”

After uniting the Spice World with girl power, she said “Bitcoin unites my fans around the world using one currency.” 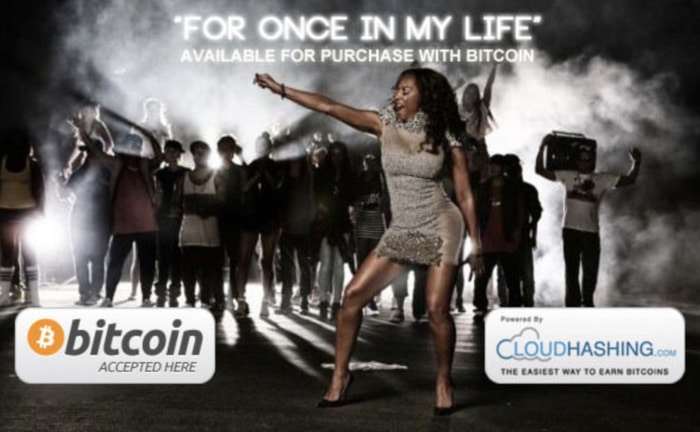 Cleve Mesidor is the founder of LOGOS, a decentralized social platform exclusively for activists, and the National Policy Network of Women of Color in Blockchain. This spring, she’s also helping launch the FUBU Blockchain and continues to serve as a policy advisor for the Blockchain Association.

• Speaking at North American Bitcoin Conference in Miami this month

After talking to crypto experts on her Apple TV show Planet of the Apps, Goop-founder and actress Gwyneth Paltrow started paying attention to blockchain technology. And noticed that women weren’t in the conversation. She started a tutoring call with a group of friends to learn about blockchain, tokens, and NFTs.

She invested in TeraWulf, a Bitcoin miner that aims to mine through nuclear, hydro, and solar energy to lessen the impact of mining on the environment.

And, for the 2021 holiday season, she teamed up with Cash App to give away $500,000 worth of Bitcoin to promote using cryptocurrency through the popular mobile payment app. Think she’ll respond if we just send a $500,000 request?

Thessy Mehrain founded Women in Blockchain, a decentralized network of groups that aim to increase representation of women in the crypto world. The organization hosts events to educate women about blockchain and provide networking opportunities.

Mehrain also founded Liquality Wallet, a browser extension that allows you to trade cryptocurrency across the Ethereum, Polygon, Bitcoin, and other ecosystems. 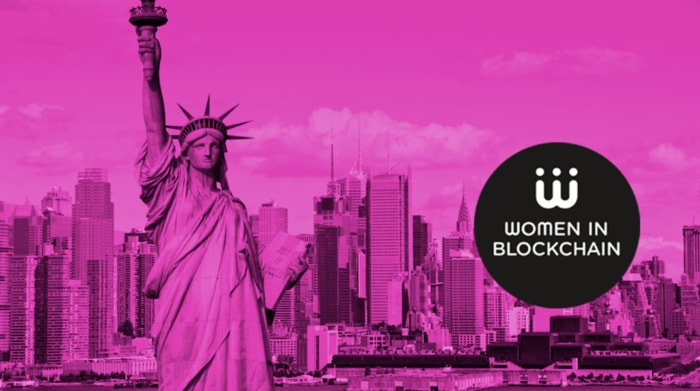 Tennis star Serena Williams, along with her husband Alexis Ohanian (co-founder of Reddit), made a major investment in Lolli. Lolli is a Bitcoin rewards start-up that gives cash back on purchases through the currency.

The couple have also been buying NFTs. Ohanian bought Williams a CryptoPunk NFT in her likeness and he wore it as a pin to the Met Gala. Forget diamonds, Non-fungible tokens are a girl’s best friend.

Decided to bring a #Cryptopunk of my wife (that I bought for her) to the #MetGala. WAGMI. pic.twitter.com/BI2VZFmasQ

Latest posts by Madison Higgins Hwang (see all)
As an Amazon Associate we earn from qualifying purchases. This post may contain affiliate links from Amazon and other sites that we collect a share of sales from.
15 shares