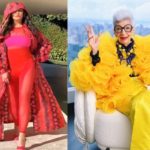 Some women are like wine. They start out great and get better with age. Some are bold, others are bubbly. Some are from France. And some are better after you swirl them around in your glass. Nope, that last one is only wine.

What’s important here is how impressed we are with the women who never let age deter them from being fierce and stylish. While we may still be living in the same sweatshirt from high school, this all-star list of women over 60 have amazing style. 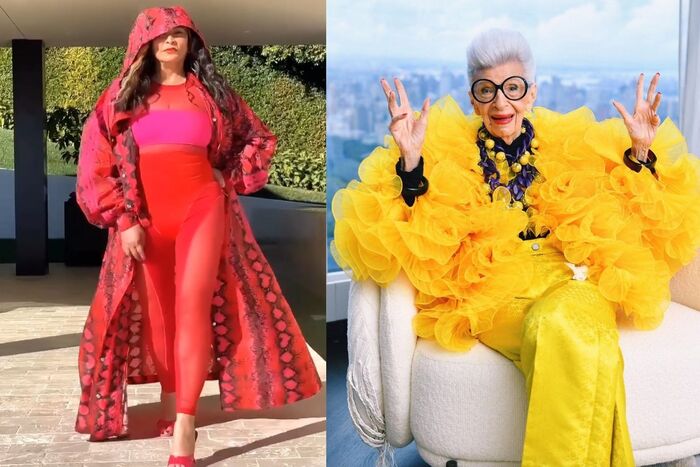 Whether you want to live vicariously through these women or bookmark some of their styles for your own closet, we can all agree on one thing: we should really wash our sweatshirt.

OG Great British Bake Off fans may have been skeptical about Prue at first. How dare anybody think they could swoop in and banter with Paul Hollywood like our dear Mary Berry did?

But chef/writer/chancellor Dame Prudence Margaret Leith and her accidental innuendos came walloping through with hats, but also wild glasses and memorable statement jewelry. 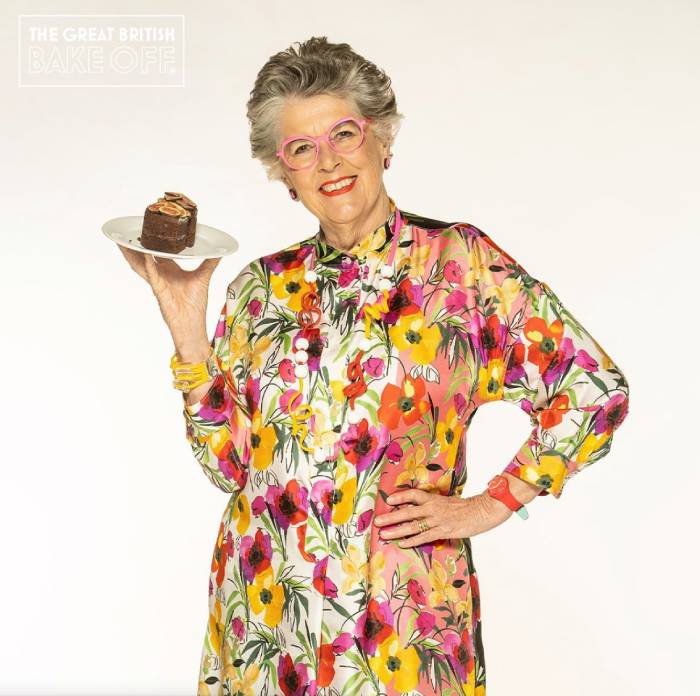 Peruse her website for some fashion advice while you debate what to have for dinner. And then just order some pizza already.

She’s beauty and she’s Grace. And a lot of other characters besides Grace Hanson. Jane Fonda is not only an actress, but also a former fashion model, the face of Workout Starring Jane Fonda, and consequently the reason that the leotard industry owes her every first born.

With her bright Spandex and neon leg warmers, she made athleisure a thing before Lululemon ever existed. We can all thank Jane for igniting a fashion movement that doesn’t involve jeans. 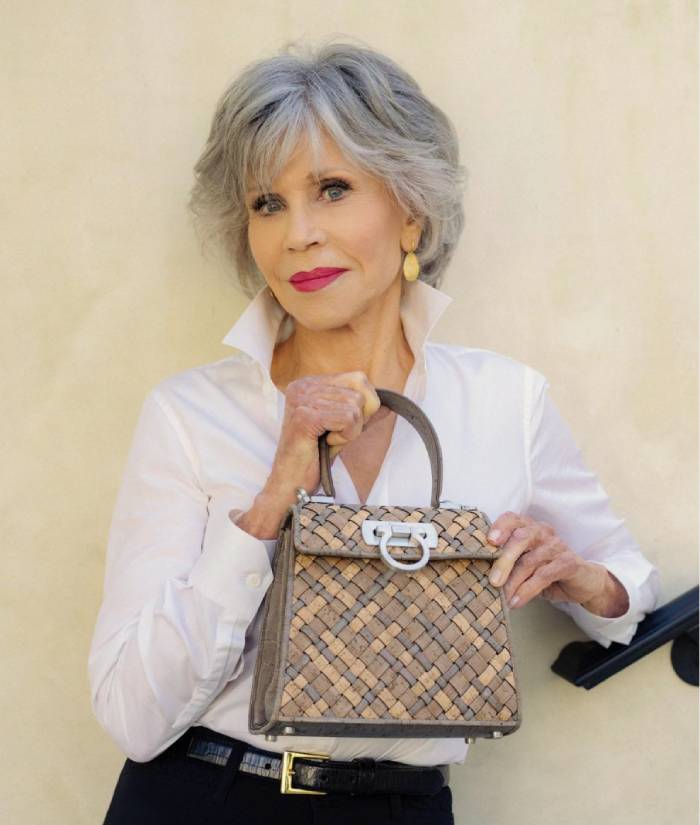 Whether she’s being the cover star of Vogue or being arrested fifth time in Washington, D.C. while protesting among climate change activists, Fonda proves that being a bad-ass never goes out of style.

Rita Moreno has influenced the entertainment industry for over 70 years as an actress, singer, and dancer, with no sign of slowing down. Even though you’d think her flowy dresses and billowing sleeves would create some drag.

She became the first Latina woman to have an “E.G.O.T.” after winning the four major entertainment awards: an Emmy, Grammy, Oscar and Tony. Not to be confused with our breakfast order: Eggs, Gravy, Oranges, and Tacos. Don’t knock it ’till you try it. 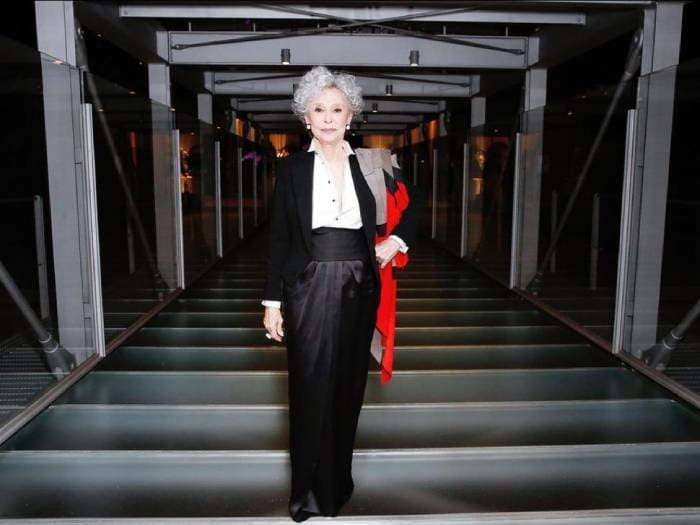 She’s had success in movies, TV, and theater. She is one of the last remaining stars from the Golden Age of Hollywood. Not only is the woman striking, but she’s 90 and could still dance circles around us any day. And probably a few squares. In heels and a sash.

A normal day at the beach for Helen Mirren flipped the world on its head as she showed off her rocking bikini body. The iconic picture landed Mirren in the two-piece hall of fame .along with Princess Leia and Katy Perry’s whipped cream cannons.

When fully clothed, she rocks eye-catching patterns while still keeping them classy. Which makes sense, since she’s known for her classy historical portrayals, like Queen Elizabeth I and Queen Elizabeth II. 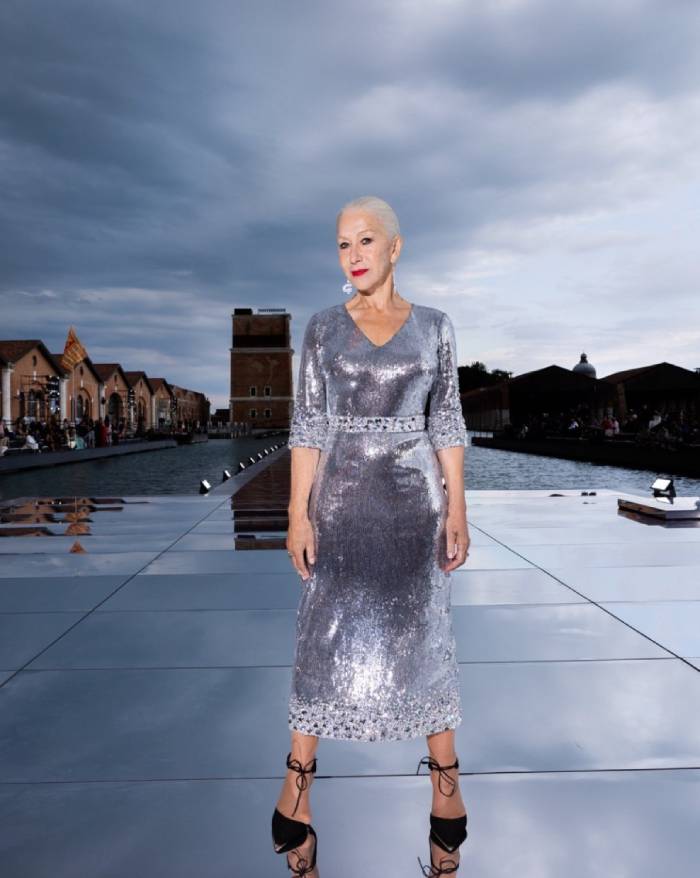 Between her gowns and her effortless no-makeup days, she’s truly a Dame of the people. Mia Thermopolis, who?

Iman began her career in 1975 as a model and has challenged the prevailing notions of beauty ever since. Single-named but multi-faceted, Iman is a Somali fashion model, actress, philanthropist, and entrepreneur. And no, not in the way that Chad from Silicon Beach claims to be. 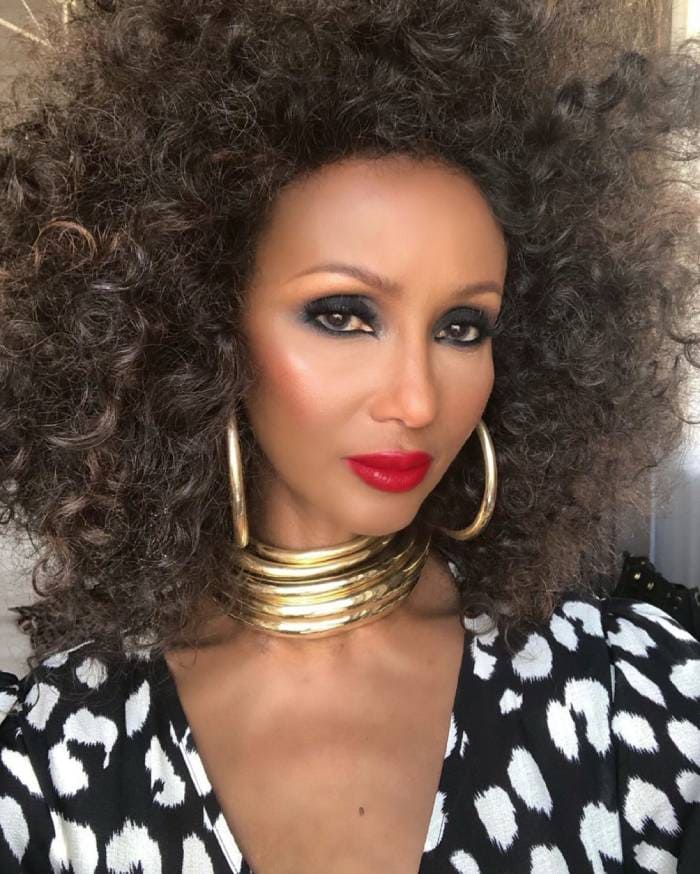 The daughter of an African diplomat, Iman grew up speaking five languages, studied political science, and looked good enough while doing it to catch the attention of photographer Peter Beard. It’s hard enough to shower during final exams, but hey, we can’t all be Iman.

As a model, she’s graced all sorts of outfits, each one more elegant than the other. Floor length gown? No problem. Power suit? It started out as a normal suit until she put it on.

Helen Ruth Elam – AKA Baddiewinkle – is someone you may not know, but now you’ll never forget. A late bloomer of sorts, she became an Internet sensation at the spry age of 85 when her great granddaughter helped her to upload a picture to Twitter.

She’s swept the nation with her colorful outfits and charming eloquence, encompassed by her tagline “Stealing Your Man Since 1928.” And we believe her. We don’t fear Jolene taking our man. But instead, Baddiewinkle. 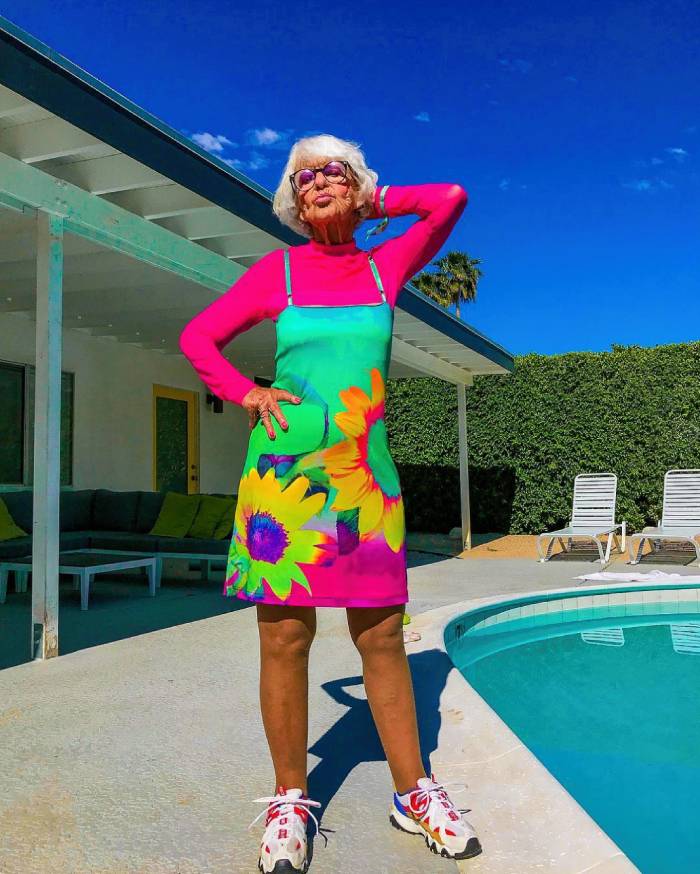 She uses her humor, eccentricity, and wild style to slam dunk ageism into the trash. Between 420 friendly garb, overtly suggestive clothing, and peculiar prints, Baddiewinkle celebrates body positivity and the fact that age is just a number.

And if we learned anything from algebra, it’s that  numbers are sometimes imaginary.

Known for both her political activism as for her varied screen roles, Susan Sarandon rose to fame after starring in the cult-classic Rocky Horror Picture Show. Her style has only gone up from there…mainly because there wasn’t to go off of as Janet Weiss in her underwear.

These days, she’s slaying red carpet looks, classy button up shirts, blazers, jackets, and even a jumpsuit every now and then. And even though her signature red hair may sneak into “beauty” territory, we have to give it a thumbs up for her overall style. 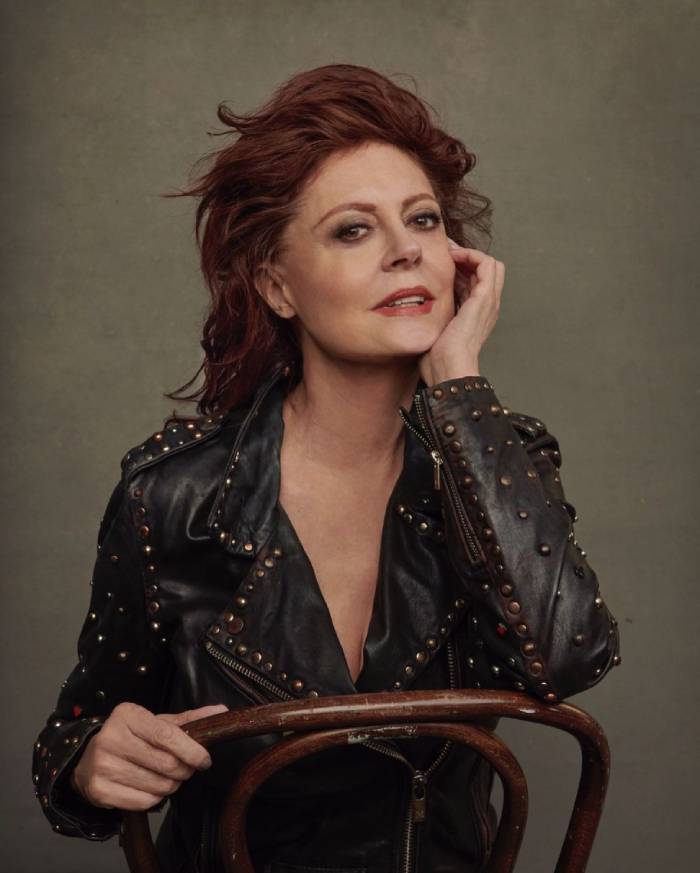 Sarandon has even ventured onto the blockchain by creating her very own NFT. The proceeds go towards exonerating Steven Donziger, who was wrongfully punished for his fight for environmental justice.

If there’s anything more stylish than staying up to date with new currencies and political activism, we don’t know what it is.

JoAni Johnson is a woman who makes anti-grey hair products quiver in fear. But her flowing silver locks are only the beginning of her long list of impressive traits. She’s a certified tea blender and consultant, model, and jewelry designer. Which also makes her a triple threat at the farmer’s market.

Though she’s dabbled in fashion, her modeling career didn’t begin until she was in her 60s. She was on an afternoon walk in 2016, and a street photographer asked to take her portrait. Things snowballed from there. 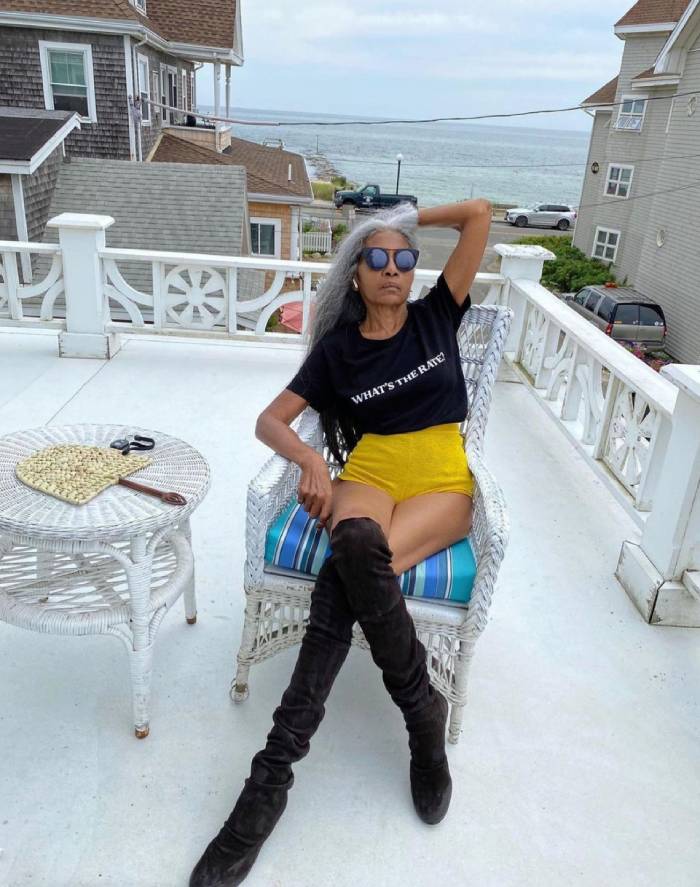 Coming from a family who understood the importance of dressing well, Johnson states,“the way you looked played a very big part, especially if you were a person of color.” She references photos from her Harlem home neighborhood from the ‘20s and ‘30s, where everybody was dressed to the nines. As for today, we think she’s upped things to a 10.

You might know Oprah from any number of her successes. She’s a talk show host, media executive, actress, billionaire philanthropist, and has perfected the art of the giveaway.

We know Oprah can rock blazers, sweaters, and button-ups. And she knows how to appropriately dress for any occasion, including an interview with royalty. 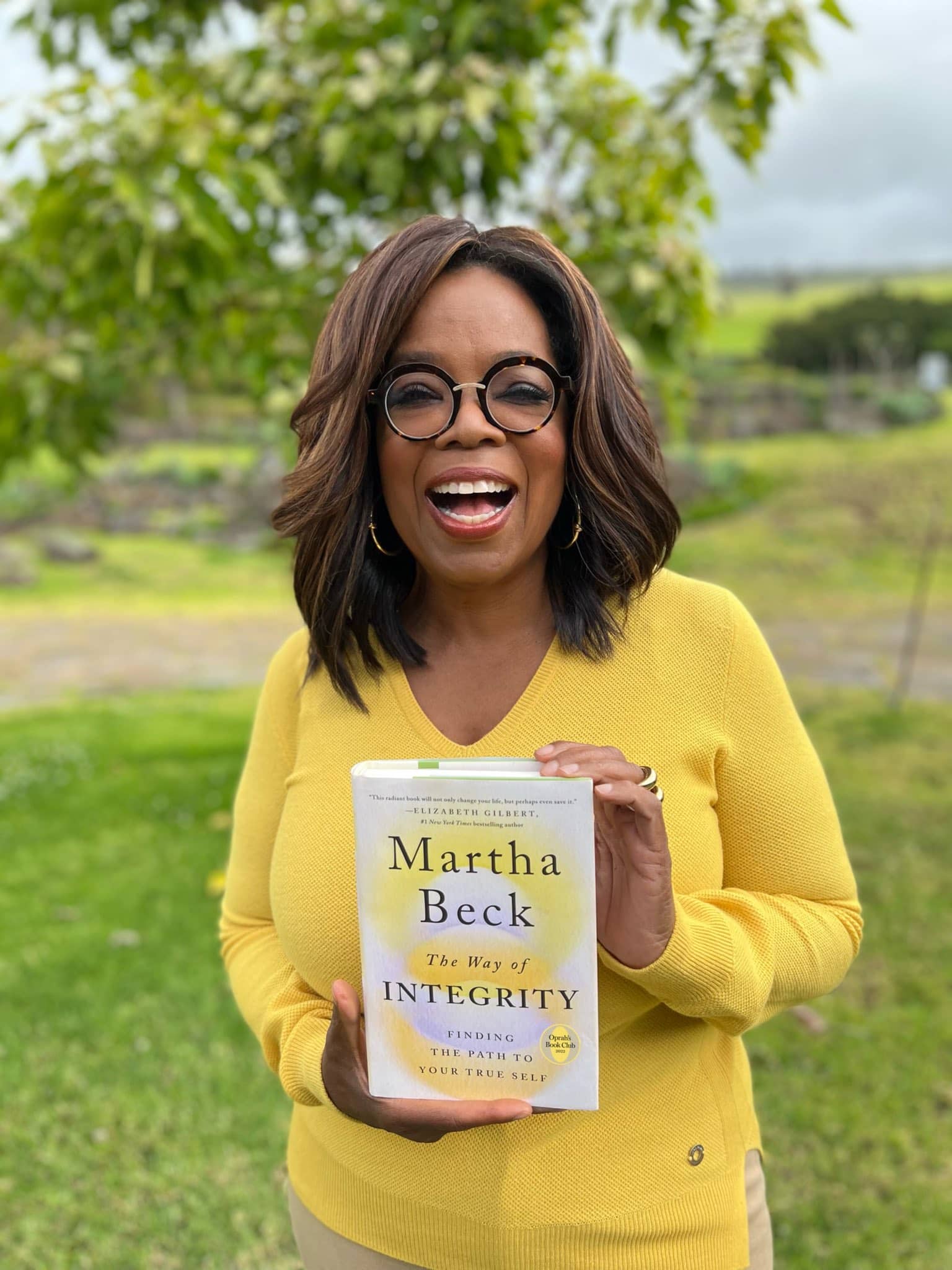 Winfrey also launched a line of prepared foods, called “O, That’s Good,” providing nutritious twists on favorites like pizza and pasta. A stylish billionaire journalist who is an expert interviewer and makes people excited about eating their veggies and loves bread? Nothing but respect.

Her portrayal of Ripley is regarded as a significant female protagonist in cinema history. But aside from the iconic Alien jumpsuit, Weaver keeps her outfits classy and practical, but never boring. She stands out without the use of chunky jewelry or bright patterns. 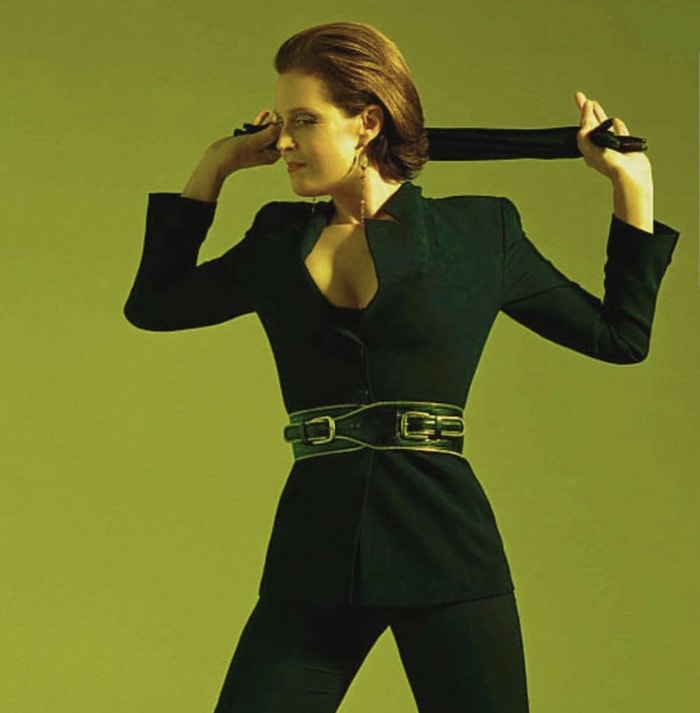 She’s received several awards, including a British Academy Film Award and two Golden Globes, plus many more nominations. And at the risk of getting tomatoes thrown at us, her outfits are out of this world.

She also has an uncle named Doodles Weaver. That’s unrelated to all of this, but a great fact for a random Tuesday.

Celestine Beyoncé Knowles-Lawson, otherwise known as Tina Knowles, may not have the syllabic brevity of her daughter Beyoncé, but they’re cut from the same cloth. And Tina would know, because she’s literally a fashion designer.

Her own style is effortlessly classy, and mostly devoid of loud colors or patterns as a signature look. That being said, no one complains when she pulls out an entirely hot pink outfit. Even Barbie takes notes. 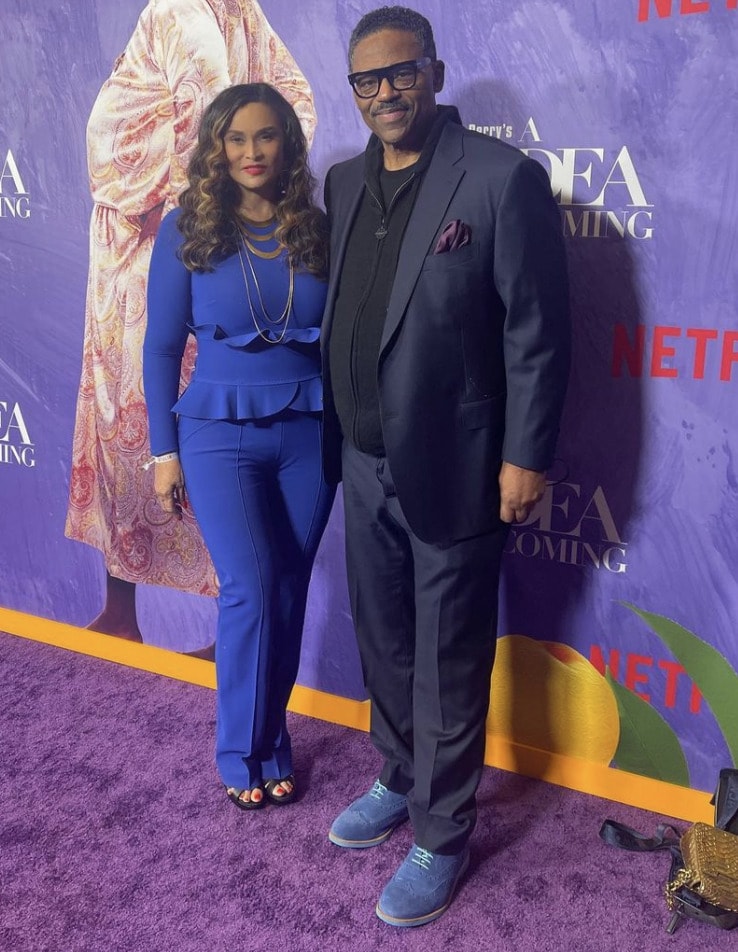 As a fashion designer, Knowles has been featured in publications such as Vogue, Cosmopolitan, and Sports Illustrated, and she designed costumes for films including Dreamgirls and Pink Panther. Oh, she also made many of the outfits for Destiny’s Child. Those three-outfit matching sets? Parents of triplets could never.

An American chef, baker, and author, Nancy Silverton played a significant role in popularizing artisan and sourdough breads in the US.

With a lifetime spent in the industry, it’s clear that Silverton knows taste, both in and out of the kitchen. She can clearly take the heat, and turns it up even more with her brightly patterned clothes. In a good way. Not so much a “Flavor Town” way. Yeah, we said it. 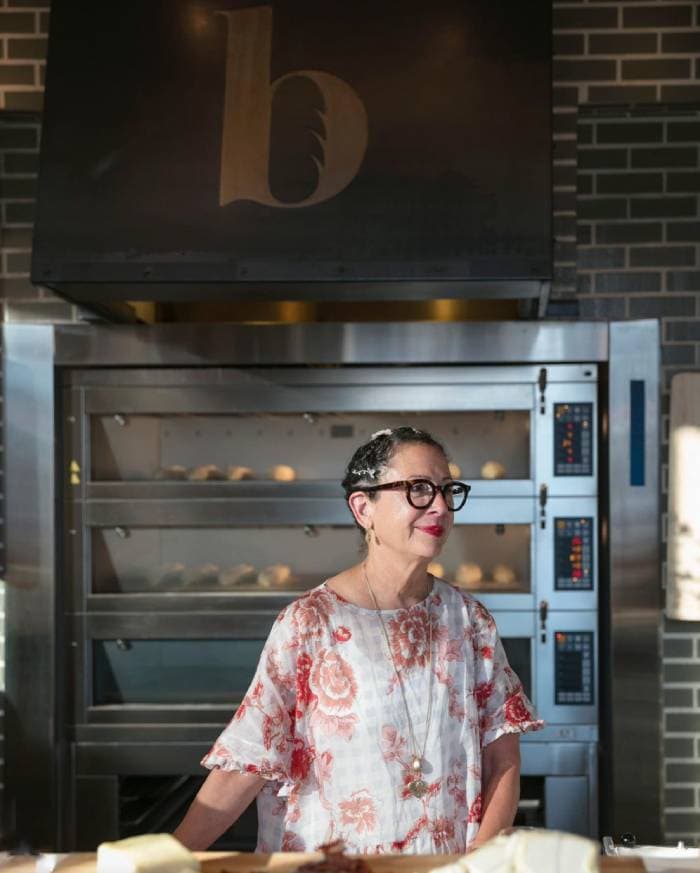 Nancy and her sourdough helped usher LA away from the dark times when artisan bread was largely unknown. Finally someone has shown us that there is a correct – and profitable – way to leave our food sitting and fermenting for months on end.

You know this list isn’t going to be without Iris Apfel. An American businesswoman, interior designer, and fashion icon, she is literally 100 years old. With a century of style under her belt, she embodies the 100 emoji in more ways than one. Like those big, round glasses.

Iris launched her textile firm Old World Weavers with her late husband, and together they powered ahead in the industry until their retirement. Her career included a contract with the White House, a character inspired by her in The Incredibles, that spanned nine presidencies and a collection with H&M. Three things we’d never thought we’d see in the same sentence. 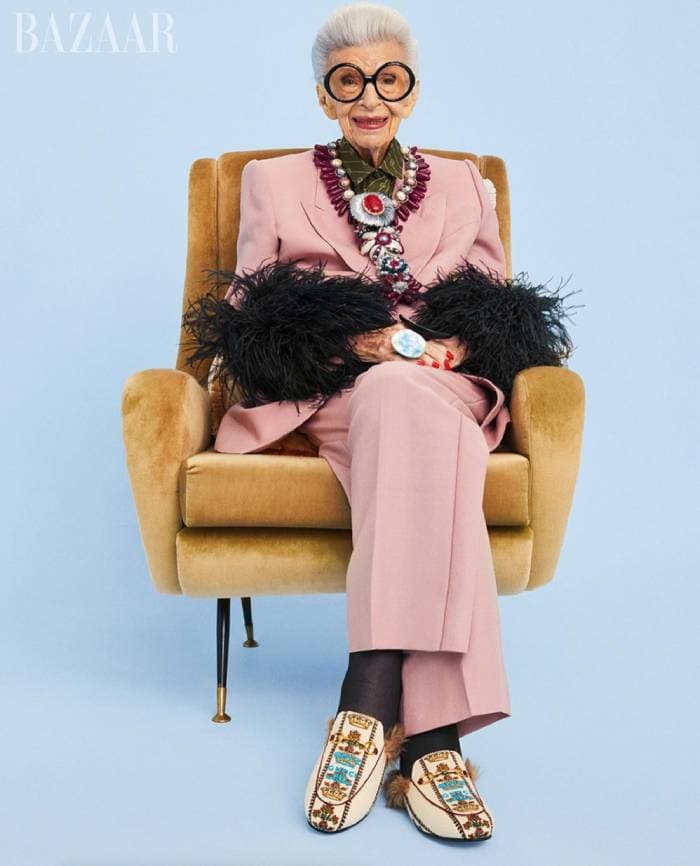 A spunky fashion icon, she signed to IMG in 2019 as a model, at age 97 and was featured in a 2014 documentary called Iris. With an exquisitely colorful wardrobe, the Costume Institute at The Metropolitan Museum of Art featured her costume jewelry and clothing.

We’ll have to double check, but we’re pretty sure it’s her name next to the dictionary word “goals.”

Latest posts by Hebba Gouda (see all)
As an Amazon Associate we earn from qualifying purchases. This post may contain affiliate links from Amazon and other sites that we collect a share of sales from.
2 shares