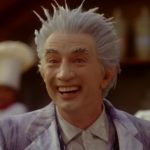 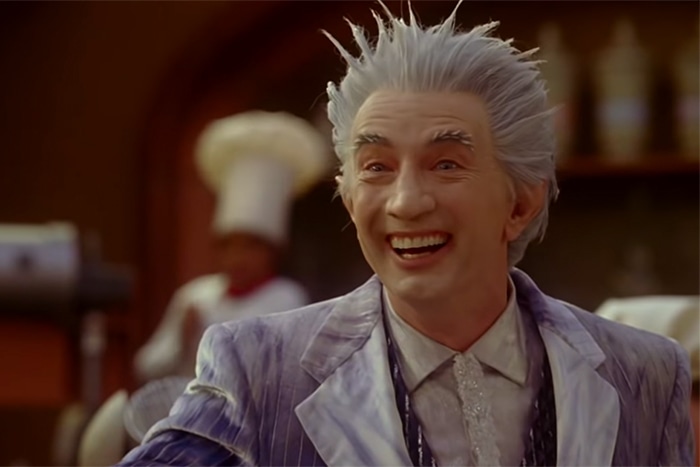 ‘Tis the season to be jolly. Or, at the very least, to curl up on the couch with three days’ worth of what’s left in your fridge — including some off-brand prosecco — and a lengthy playlist of Christmas movies.

But once you’ve run out of the good stuff (the Die Hards, namely), you’re left with a sleighful of garbage that you might wind up pressing “play” on, either in a fit of curiosity or as a drunken hate-watch. Some are hilariously bad. The others are simply insults to the actual classics they ripped off. National Lampoon’s Christmas Vacation, these ain’t.

Here, then, are the worst offenders — Christmas movies so bad that even the spirit of Christmas can’t save them.

The Worst Christmas Movies Ever

A painfully miscast Vince Vaughn plays Santa’s sleazy brother in this contrived comedy that is both viciously mean and tooth-rottingly sweet. The movie can’t decide if it wants to be wholesome family fun or something more adult-friendly, like Bad Santa. So, it settles for an unsatisfying middle ground. The added presence of Kevin Spacey as the villain makes it a little too realistic to swallow at Christmastime.

Kirk Cameron is a polar-izing figure, to put it punnily, so it should come as little surprise that he made a pretty patronizing Christmas movie attempting to reconcile Christianity’s charitable values with wanton commercialism. Did you know that it’s totally in the Bible for you to spend too much money on unnecessary gifts every year? It’s right there in the Book of Wal-Mart 4:12.

8. Jingle All the Way

Jingle All the Way is a slapstick movie about how toys aren’t what Christmas is all about… that feels like an extended toy advertisement. It’s kinda like Home Alone, but with a less-clear message than, “Kids sure are sadistic!” Still, this Arnold Schwarzenegger vehicle is a masterpiece compared to the straight-to-DVD sequel produced by the WWE and starring Larry the Cable Guy. Yes, this exists. No, we didn’t include it. We threw all our DVDs away when we upgraded to Blu-Ray.

Easily one of the most mean-spirited Christmas movies ever made, Deck the Halls is so astoundingly cruel that you can’t help but wonder if it’s part of one of those secret anti-Christmas agendas that your backwoods uncle keeps talking about. (Psst: It’s us who are pushing forward the anti-Christmas agenda! Down with Christmas! Up with Labor Day!)

Both Danny DeVito and Matthew Broderick look bored playing warring neighbors trying to outdo one another in festive cheer. There’s not a single laugh to be had, making Deck the Halls seem like some form of seasonal punishment rather than a festive good time — which is pretty much how we view Christmas, anyway. (Labor Day 4 Life!)

The Nutcracker, pretty much the only ballet most people are familiar with, is a holiday tradition. You’d think it’d make for a decent movie, but director Andrei Konchalovsky turned it into a $90 million immersive disaster worse than Waterworld. It’s a family film too terrifying for kids — and that’s before we even get to the rat Nazis! It does succeed in one area: earning the rare 0% rating on Rotten Tomatoes.

5. Christmas with the Kranks

Christmas with the Kranks is based on a story by John Grisham (yes, that John Grisham). The movie stars Tim Allen and Jamie Lee Curtis, a couple who decide to sit out celebrating Christmas one year, turning them into the local pariahs. Let’s just say the community’s campaign to force them into festive cheer is creepier than doing a duet of “Baby It’s Cold Outside” with your brother.

Reese Witherspoon is an Oscar winner, so it’s kind of baffling to see her sink to such cringe-inducing depths with the utterly joyless Four Christmases. She and Vince Vaughn play a couple who decide to visit a quartet of dysfunctional households over Christmas. Households full of too many actors too good for this movie (Robert Duvall! Sissy Spacek! Tim McGraw?). The misanthropic festive film would be more tolerable if it didn’t swerve towards an unearned feel-good climax intended to make you reach for the Kleenex. Those allergies are really acting up!

3. The Santa Clause 3: The Escape Clause

Tim Allen is back for his second appearance on this list! By the time Tim Allen dresses up as Santa for the third installment, the concept had gotten as stale as last year’s cookies. The Escape Clause sees him face off against Martin Short, who hams it up to near-unfathomable levels as a vengeful Jack Frost, stealing Santa’s job and turning the North Pole into a tacky amusement park.

There was a brief and unfortunate period of director Robert Zemeckis’s career during which he motion-captured the eff out of everything. The Back to the Future director’s take on Charles Dickens’s classic A Christmas Carol is, like Polar Express, a terrifying descent into the uncanny valley. Jim Carrey stars as a dead-eyed Scrooge who is dragged through a bunch of wonky action scenes that wouldn’t look out of place in a late-90s PlayStation game. Or Cyberpunk 2077.

We feel kind of bad putting this one on the list, because this hilariously cheap B-movie is the stuff of legend thanks to an unforgettable riff courtesy of Mystery Science Theater 3000. But not so bad we didn’t include it. It’s the epitome of so-bad-it’s-good. It’s a kind of cinematic trainwreck that does everything wrong, to the point where you can’t help but love it.

Clearly made for a budget of around $4.50, Santa Claus Conquers the Martians was shot in two weeks by a group of incredibly game actors and achieved a kind of Christmas miracle — that anyone would ever actually watch it.

Latest posts by Kayleigh Donaldson (see all)
As an Amazon Associate we earn from qualifying purchases. This post may contain affiliate links from Amazon and other sites that we collect a share of sales from.
35 shares