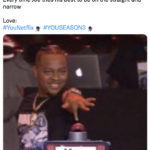 Your favorite neighborhood murderous stalker is back! And this time, Joe Goldberg is starting You season 3 with a wife, a baby, and a picture perfect house in the suburbs. What could go wrong? A few blown out diapers?

Oh right. And some dead neighbors that the Quinn Goldbergs definitely didn’t have anything to do with…

This season gave us not one, but two people who don’t have a problem murdering people to solve their problems, making us extra thankful that we don’t know our neighbors that well. And as good as the episodes were, the tweets and memes are just as entertaining. 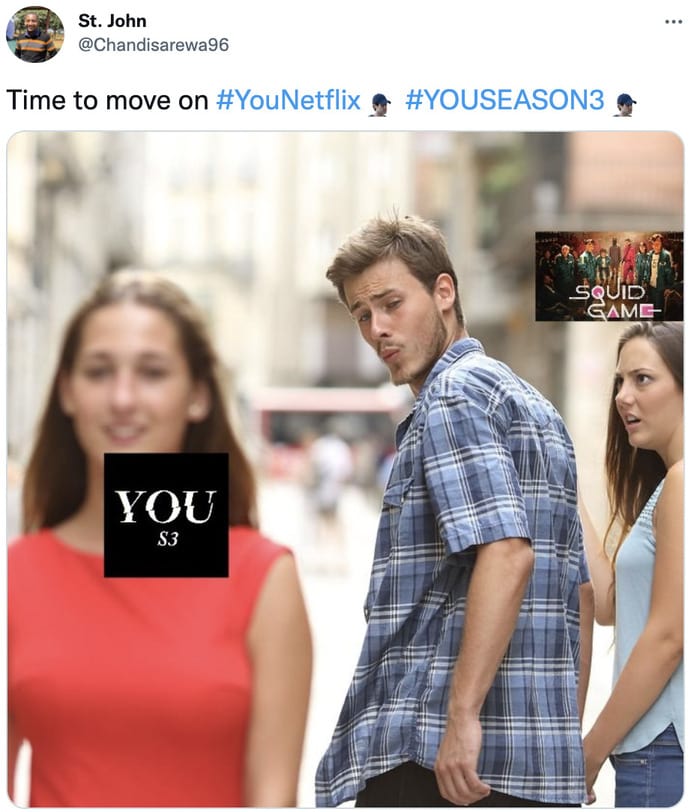 Here are the best You season 3 tweets, memes, and reactions to the best thing to hit Netflix since Squid Game. What a time to be alive.

Read at your own risk…possible spoilers ahead!

1. Sorry Joe, Henry is the new heartthrob of the series. 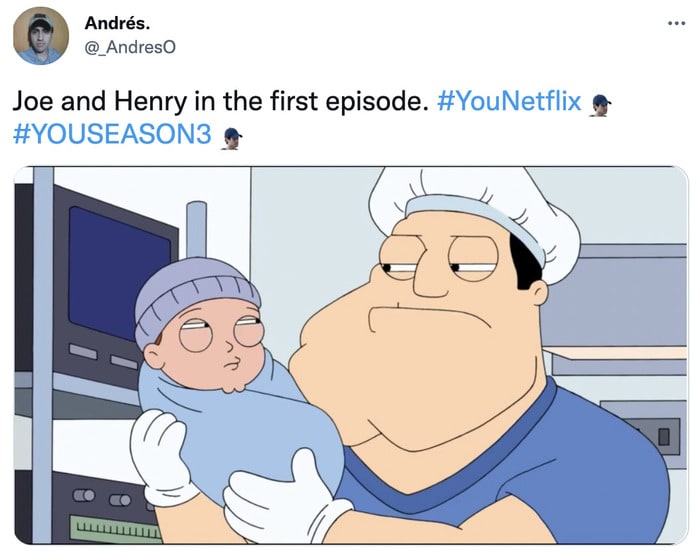 2. Jumping right into his nonsense. 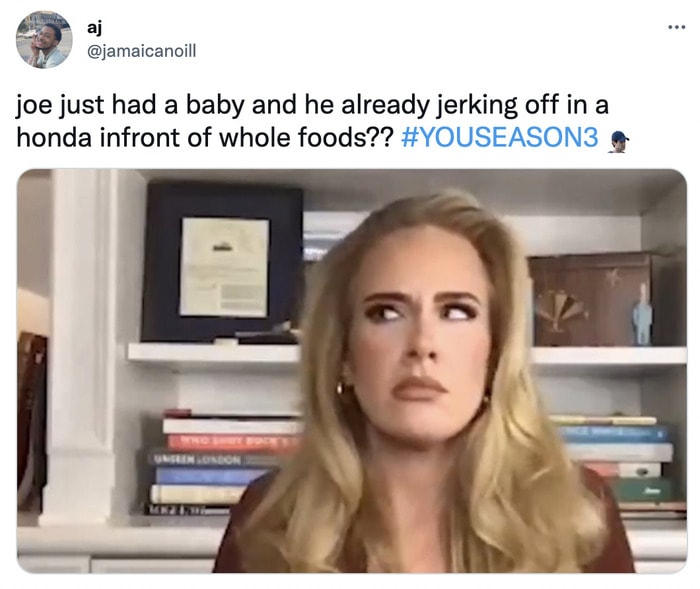 3. The dead bodies are making us skeptical.

me every time I hear Joe say "I changed. That's not me anymore." #YOUSEASON3 #YouNetflix pic.twitter.com/lYCexXTmt3

4. Nothing bad ever happens in a creepy basement. 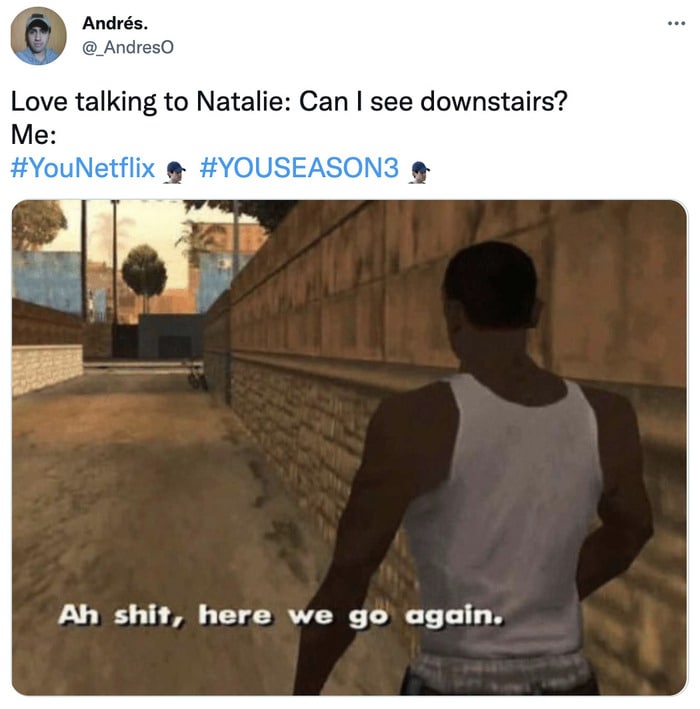 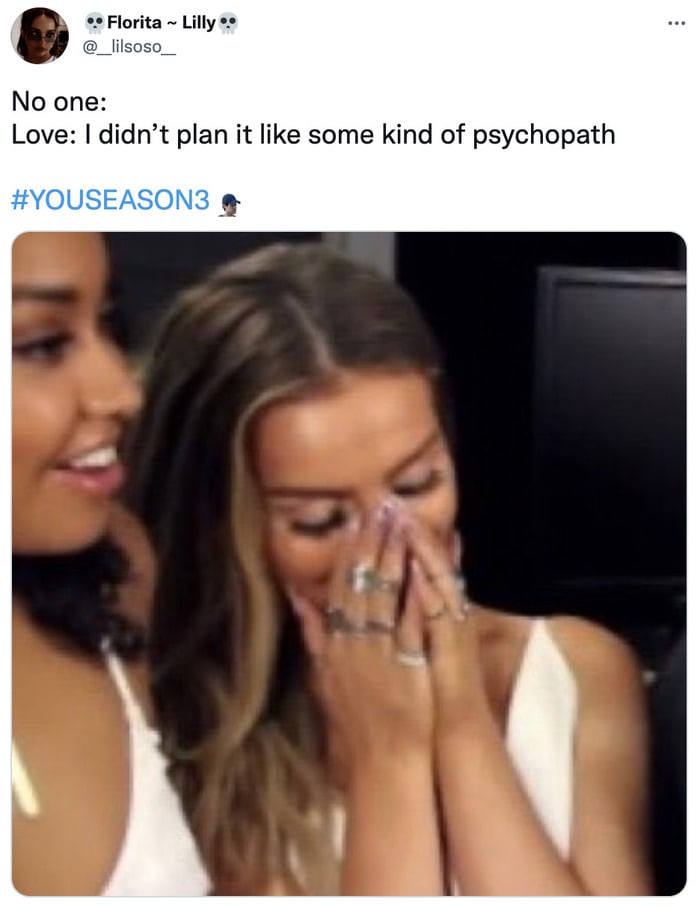 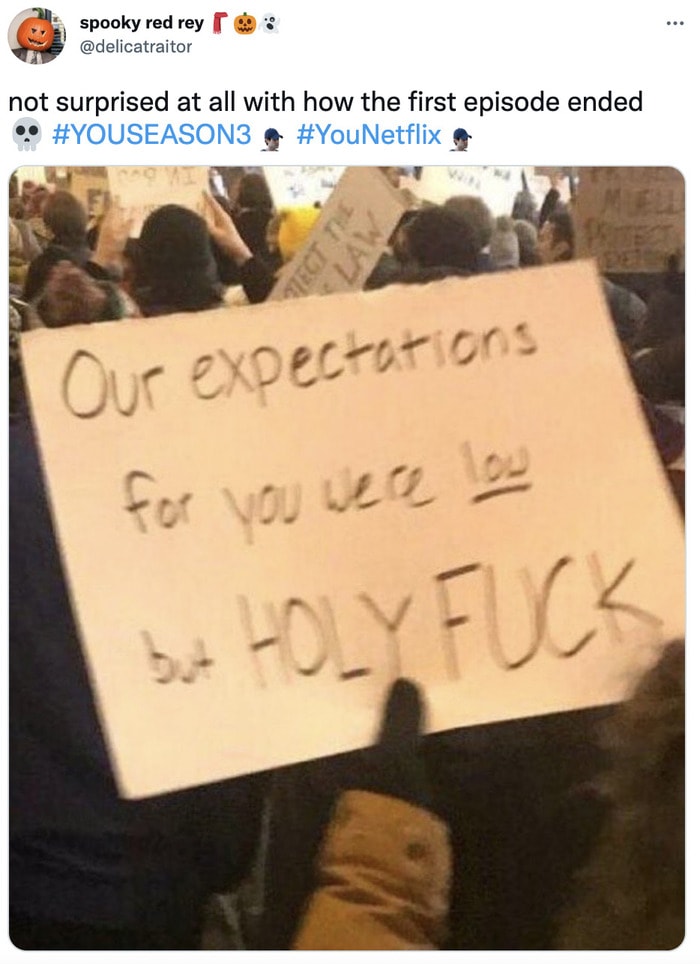 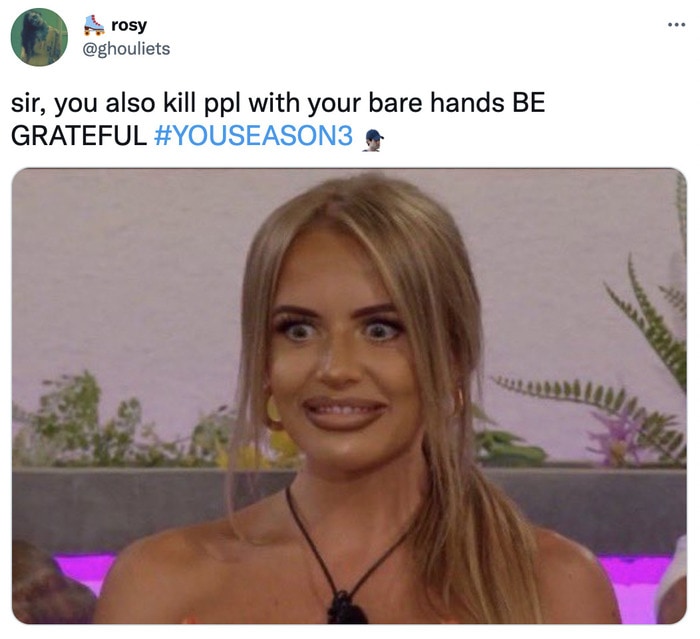 8. Someone get this girl a Nike deal! 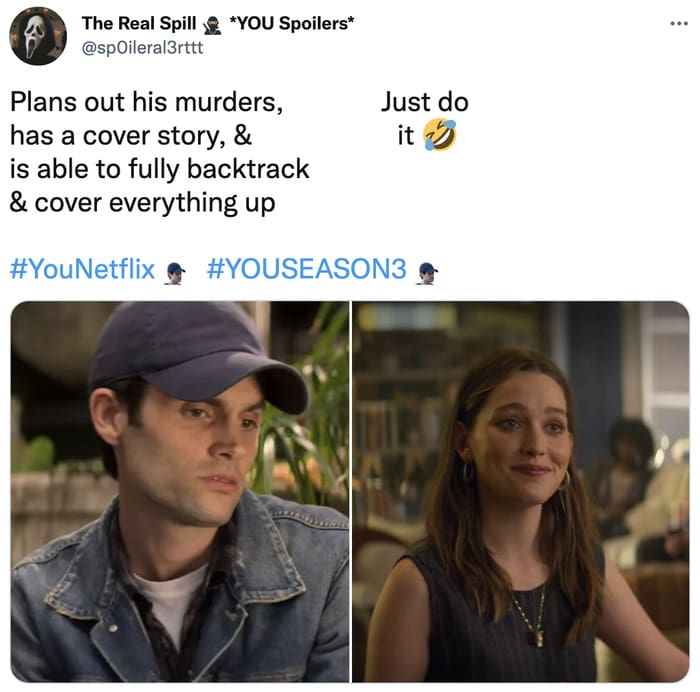 9. We’ll never look at a children’s book the same way. 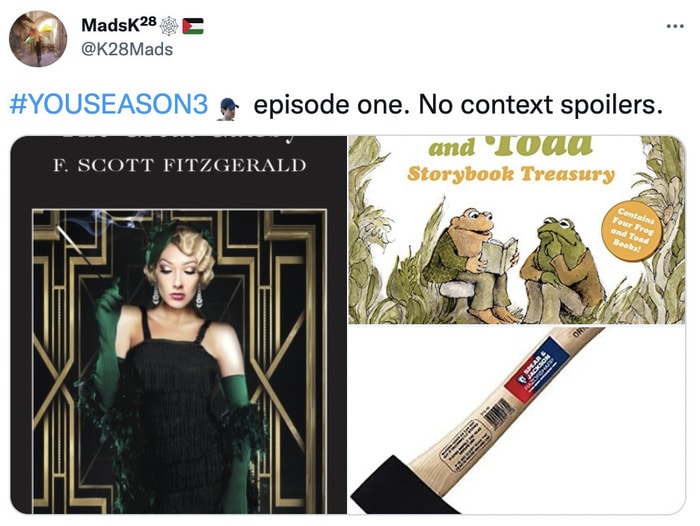 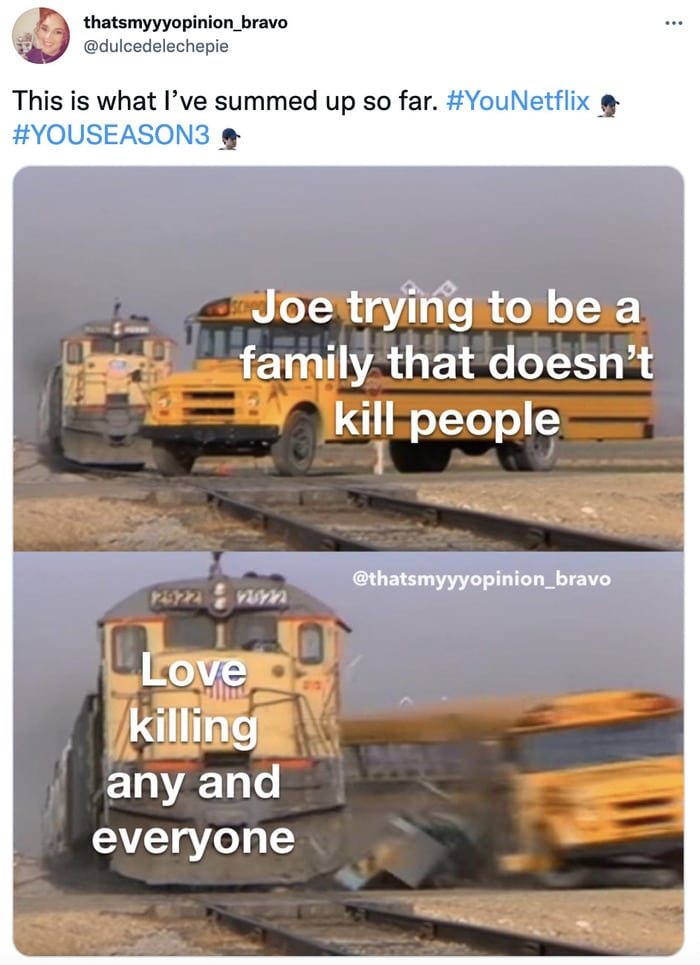 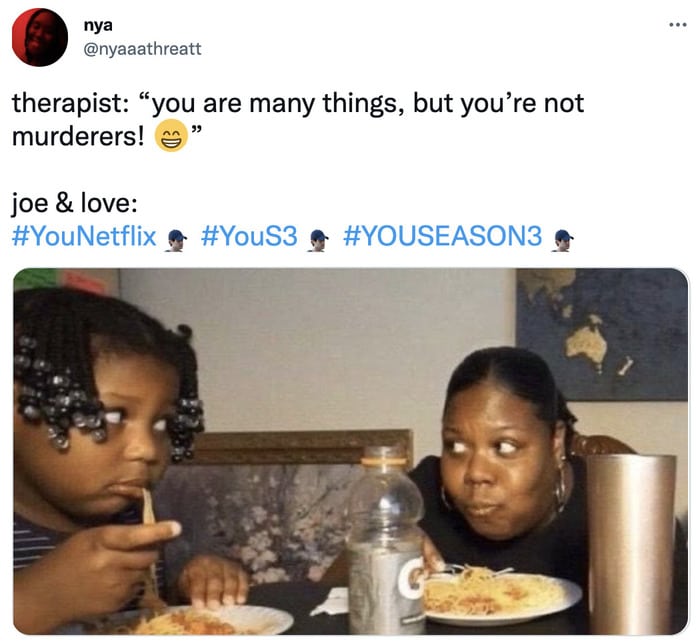 12. What about giving each other breakfast in bed? Could that be an alternative?

Not Love and Joe telling each other “I would kill for you” as if they haven’t already…multiple times #YOUSEASON3 pic.twitter.com/rSa9AcJ552

13. We blame the Netflix autoplay button.

Me: I'm going to try REAL hard to watch ONE episode of #YOUSEASON3 every other day & not binge.

14. Joe and Love may be murders, but Sherry has her own flaws. 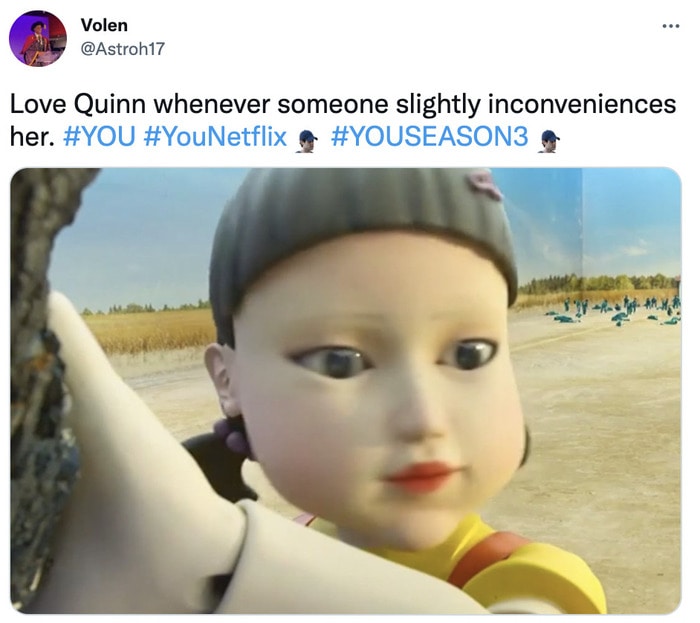 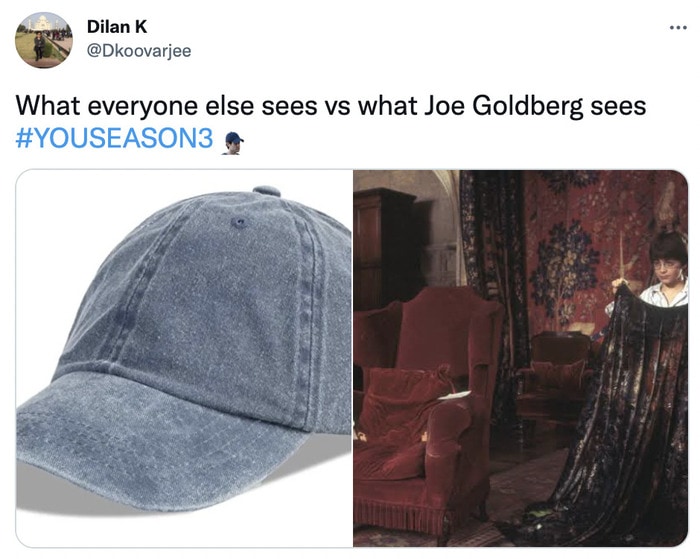 18. At least it’s better than him just liking to bury people for fun? 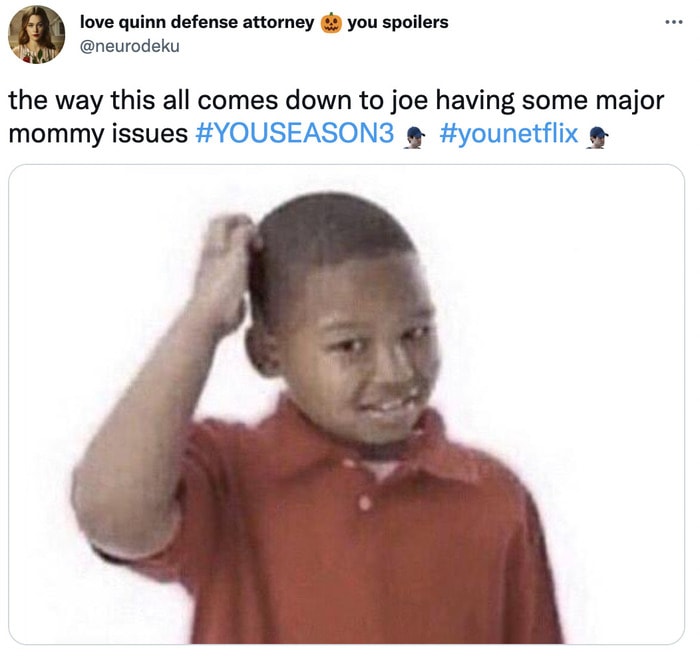 20. Are books an undiscovered aphrodisiac? 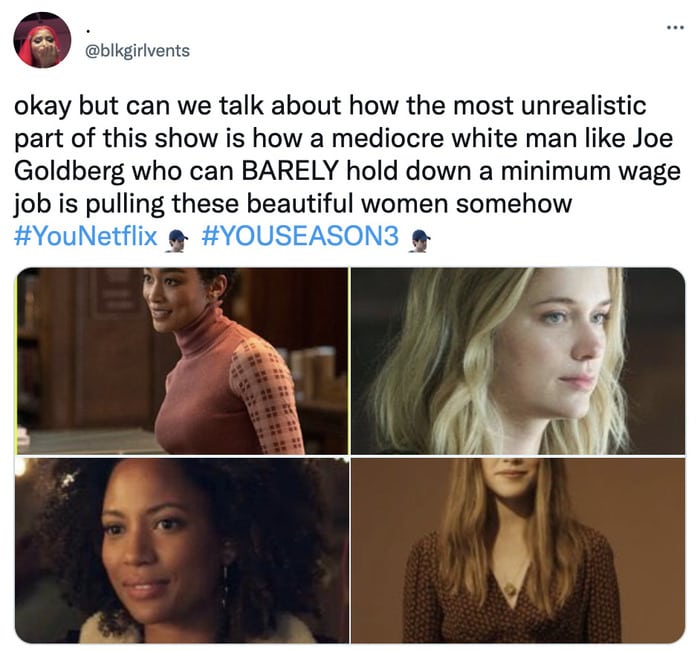 21. Honestly we still can’t decide either. 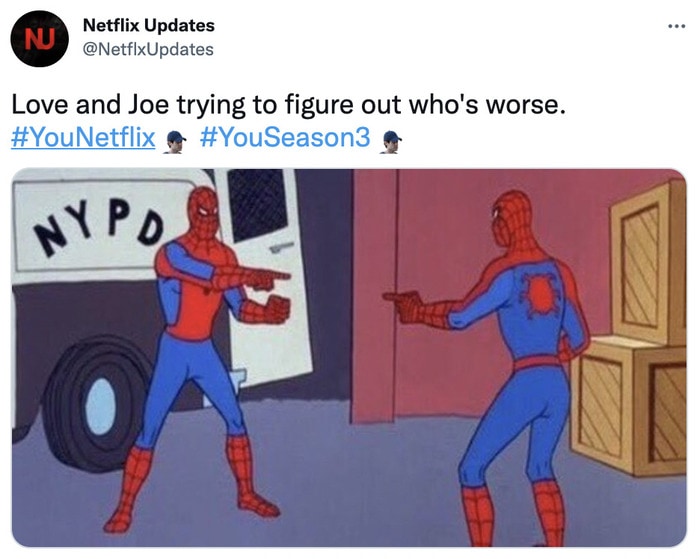 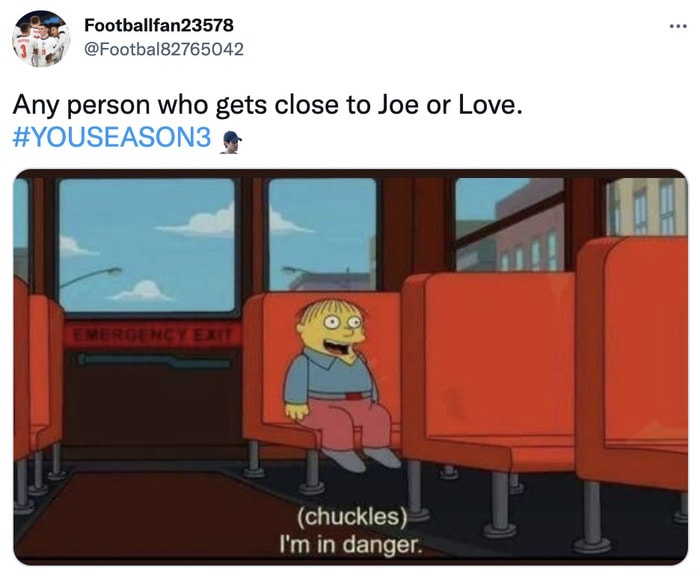 24. Marriages need to keep the spark alive somehow! Although ideally with keeping everyone else alive too… 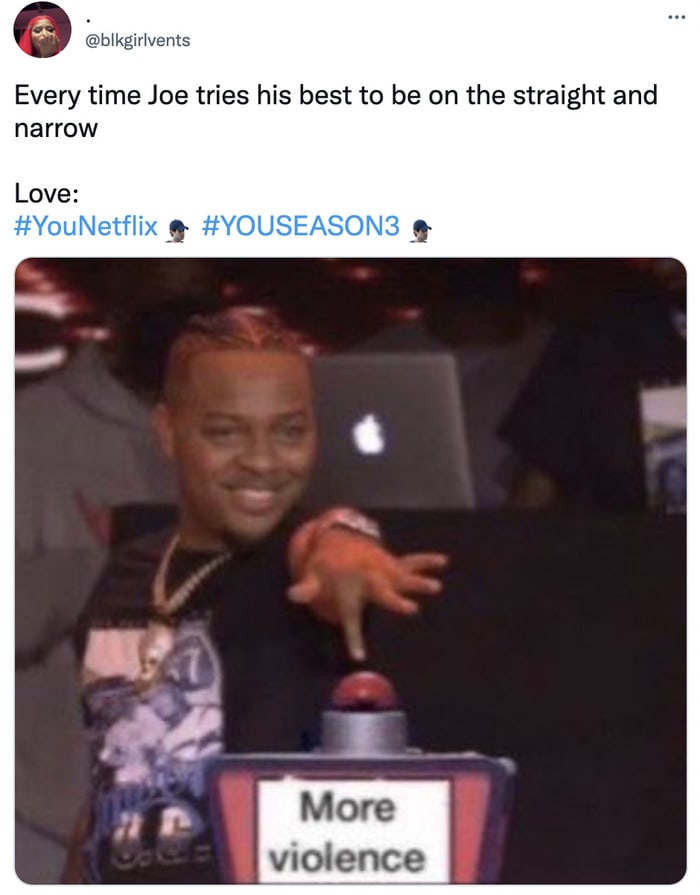 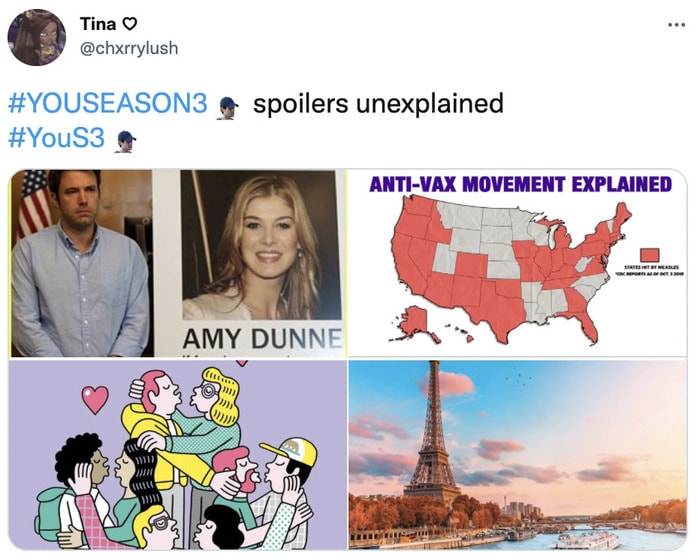 26. We bet the next search is “Why am I attracted to Willy Wonka.” 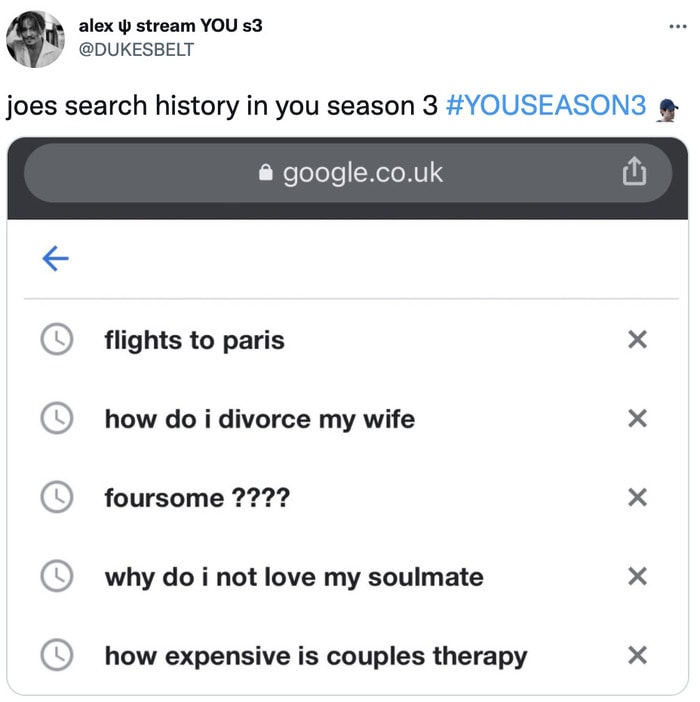 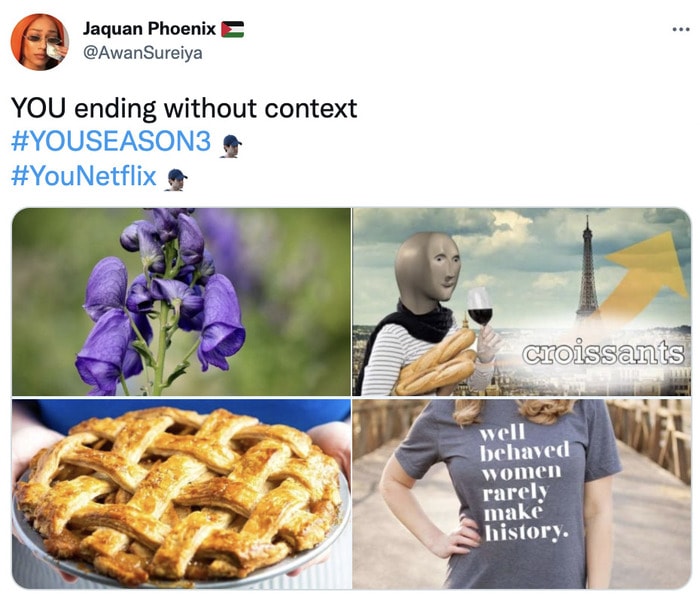 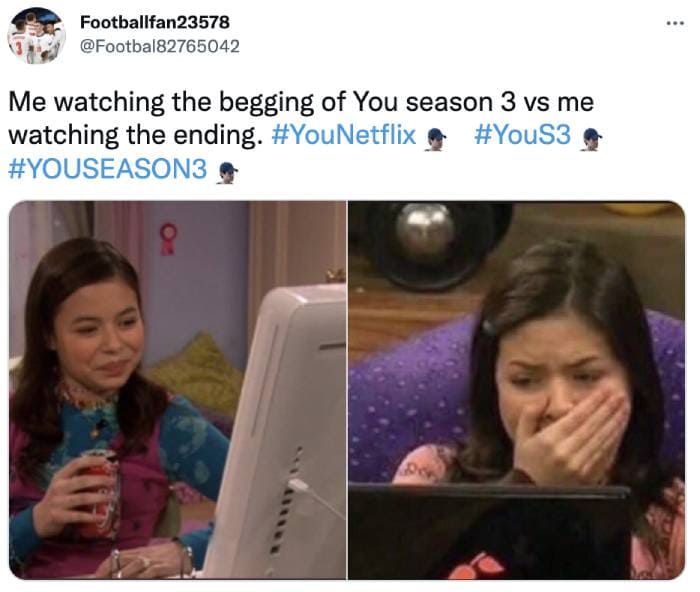 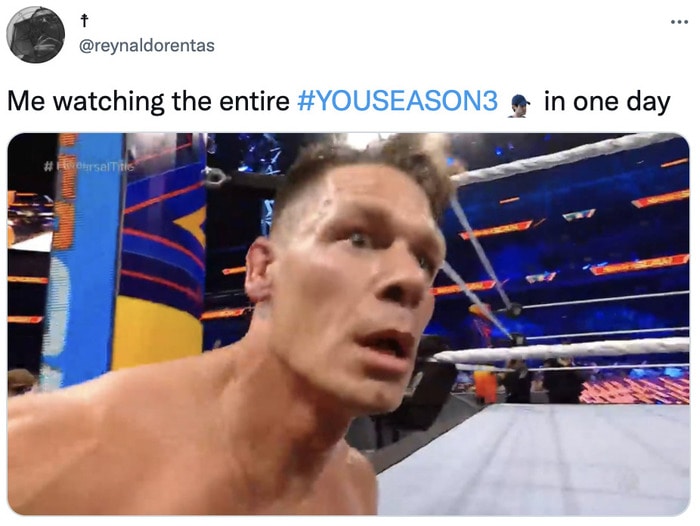 Latest posts by Hannah Rex (see all)
As an Amazon Associate we earn from qualifying purchases. This post may contain affiliate links from Amazon and other sites that we collect a share of sales from.
7 shares