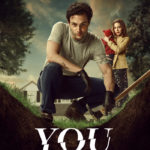 We’ve been anxiously awaiting the release of You season 3 ever since season 2 premiered back in December 2019. Almost two years-that-feel-like-decades later, it’s finally here.

In preparation for the new season, we put together a cheat sheet of everything important that’s happened so far. If you don’t have time to re-watch two seasons of Dan Humphrey – um, sorry, Joe Goldberg – we’ve got you covered.

What Happened In You Season 1?

Penn Badgley’s character, Joe Goldberg, is introduced to us and we quickly realize he has… issues. And not just because he pairs black shoes with a brown belt.

Joe is a charming young NYC bookstore manager who doubles as a narcissistic serial killer. He meets Guinevere Beck (Elizabeth Lail), an aspiring writer, and decides he wants to “save” her from the materialistic world we live in. And this is why we prefer our hero complexes stay in our Marvel movies.

Joe becomes obsessed with Beck, to the point where he kills the people closest to her in a bid to become the only support in her life. Her best friend Peach (Shay Mitchell) and her ex-boyfriend Benji (Lou Taylor Pucci), meet particularly gruesome ends. But Beck is blissfully unaware of all the murders happening right under her nose and begins dating Joe. The red flags are literally dripping with blood, Beck!

Trouble in twisted paradise arises when Beck questions why Joe won’t talk about his ex, Candace (Ambyr Childers), who seems to have disappeared off the face of the earth. In the eerie season finale, Beck unravels the murderous tendencies of her knight in shining armor. 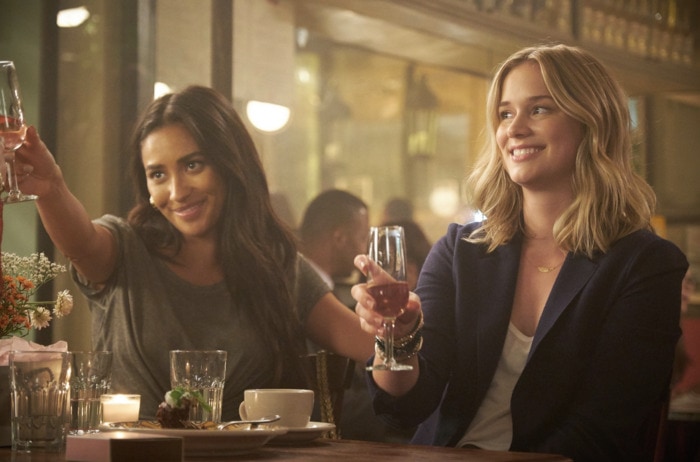 Joe tries to convince her it was all necessary, but Beck doesn’t buy it. Probably because he didn’t make a proper slide deck with his talking points. She tries to escape his clutches, but fails, and Joe kills her. He pins her murder on Beck’s therapist (John Stamos) and sends him to jail, where we assume he reconnected with Lori Loughlin.

What Happened In You Season 2?

You season 2 kicks off with Joe’s recent move to Los Angeles because he’s on the run for…you know, murdering half of Manhattan. And he heard that In-N-Out is to die for.

He steals the identity of a guy named Will Bettelheim (Robin Lord Taylor), and gets a job at this universe’s version of Erewhon – a high end grocery store for people who will pay triple digits for a smoothie. It’s here that he meets his new obsession, Love Quinn (Victoria Pedretti), who has a twin brother named Forty. And yes, they do play tennis. Mostly for the outfits.

We see Joe interact with his landlord Delilah (Carmela Zumbado), and her 15-year-old sister, Ellie (Jenna Ortega). We also learn about Joe’s back story, which includes him tragically killing his father for abusing his mother. Freud, do you want to chime in with anything here?

And instead of picking up surfing or road rage on the 405, Joe/Will gets involved with some sketchy dealings that impact all these new acquaintances in his life. Which is why we prefer not to make new friends. It becomes clear by the end of the season that Joe has met his match in Love, and not just because she has a killer serve.

She’s as bloodthirsty as he is, and she proves her devotion to him by killing his ex, Candace. Wouldn’t a nice bouquet of flowers have sufficed? Joe tries to kill Love afterwards, because even psychopaths have trust issues, but stops when she tells him she’s pregnant with his baby. We don’t think we’ve seen this plot on Maury before…

The season ends with Joe and Love moving into a peaceful suburban life. Love is pregnant, and Joe is…lurking over the fence of his female neighbor’s backyard. Ah, the picture of suburban bliss.

What Do We Know About You Season 3?

You season 3 is coming to Netflix on Friday, October 15th. There will be 10 episodes in the new season, and they’re all being released at once. We know what you’ll be doing this weekend, and it’s not folding your laundry from two weeks ago.

The You season 3 trailer premiered a few weeks ago, and a few precious nuggets of plot were dropped along with it. The season takes place in Madre Linda, California, which is not a real place, but it won’t stop people from looking it up on Google Maps. Joe and Love’s baby is a boy. And Joe is super obsessed with his pretty new neighbor, Natalie (Michaela McManus). Sigh.

We also know that Love’s mom, Dottie (Saffron Burrows), has been promoted to a season regular, which opens the door for lots of in-law drama. And a few new characters will be entering the scene, including a mom influencer, a self-proclaimed founder of a supplement company, and a no-nonsense librarian. Ok…maybe we’ll understand the motive behind the murderous thoughts this season.

But what exactly will happen when Joe’s stalker tendencies combine with Love’s murderous nature? We’ll have to wait until Friday to find out. Until then, check out the trailer and speculate wildly. And start paying attention to red flags on your dates, ok?

Latest posts by Laura Davis (see all)
As an Amazon Associate we earn from qualifying purchases. This post may contain affiliate links from Amazon and other sites that we collect a share of sales from.
203 shares