A team of cold case investigators known as the Case Breakers say they’ve discovered the identity of the Zodiac Killer, a notorious serial killer who was active in 1968 and 1969. And no, he didn’t target people based on their Zodiac signs. Psst… we’re ok if you take the Geminis first.

The Case Breakers are a team of former law enforcement agents, journalists and military intelligence officers who have previously worked on other big cases, like the disappearance of Jimmy Hoffa and the D.B. Cooper hijacking heist. We’re going to hire them to investigate Who Keeps Stealing Our Sandwiches next. 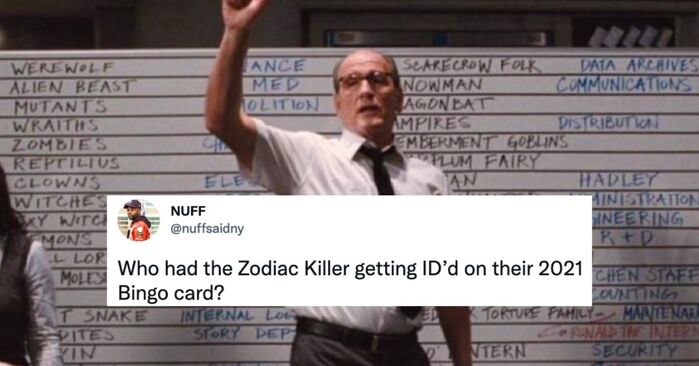 The professional sleuths say the Zodiac Killer was Gary Francis Poste, who died in 2018. Apparently they found forensic evidence and photos in his bedroom, and deciphered a clue in one of the Zodiac Killer’s letters that spelled out his name. It wasn’t T-e-d C-r-u-z, but close.

We turn now to Twitter for their thoughts. And some memes.

1. We finally won something! 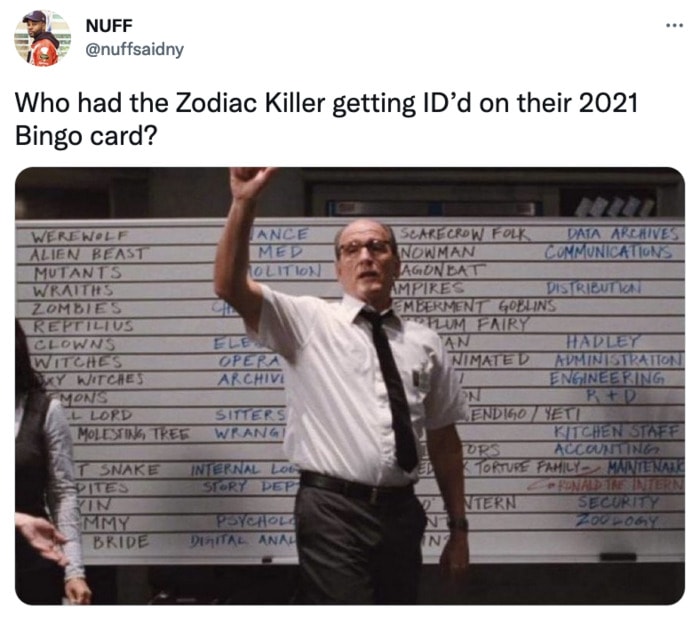 2. That reminds us, we should probably check on our Sims. 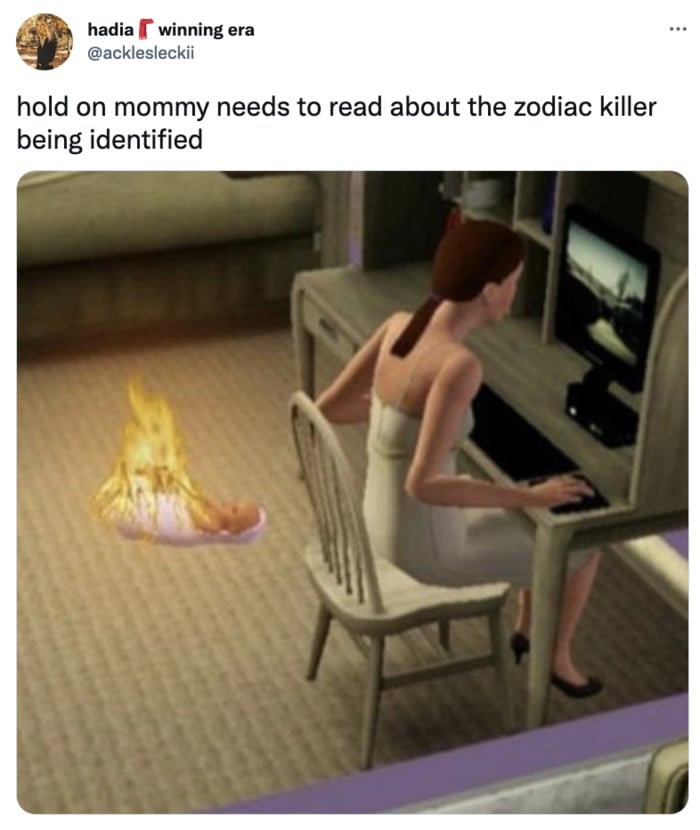 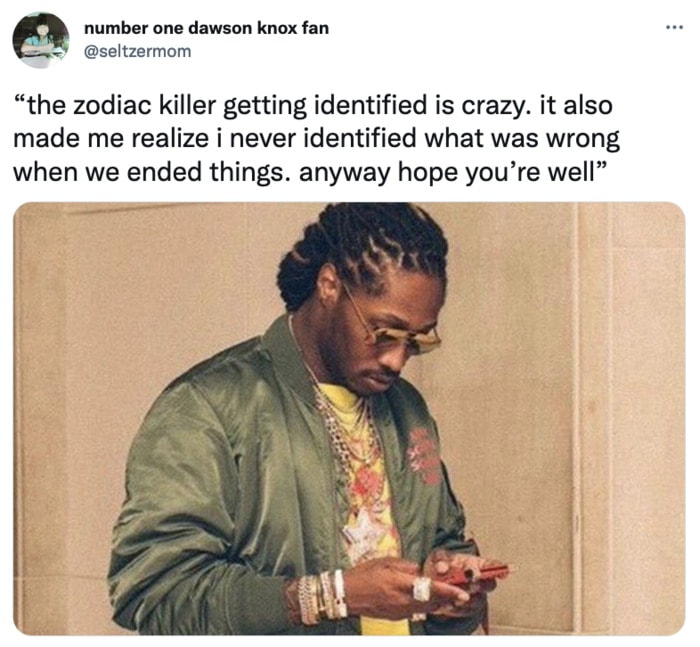 4. And we thought it was a slow news week. 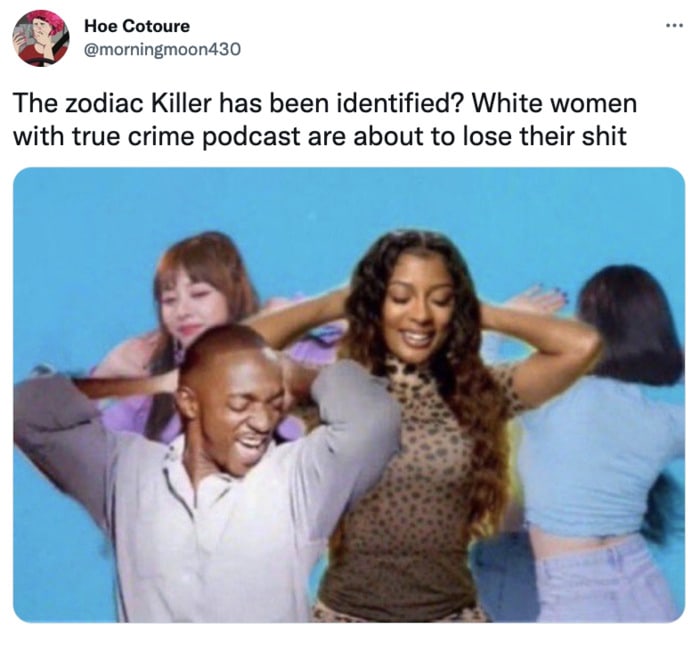 5. We all make mistakes. 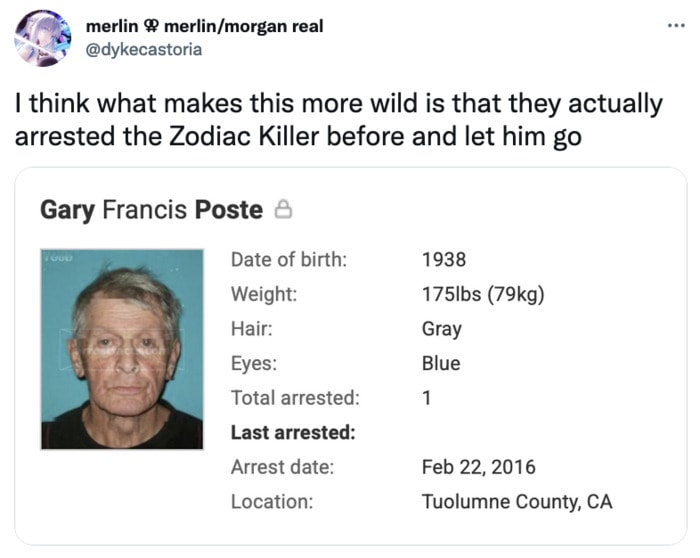 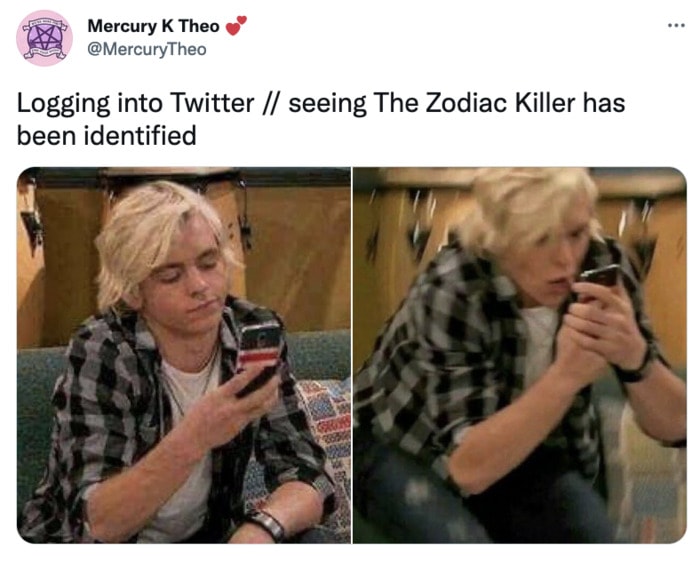 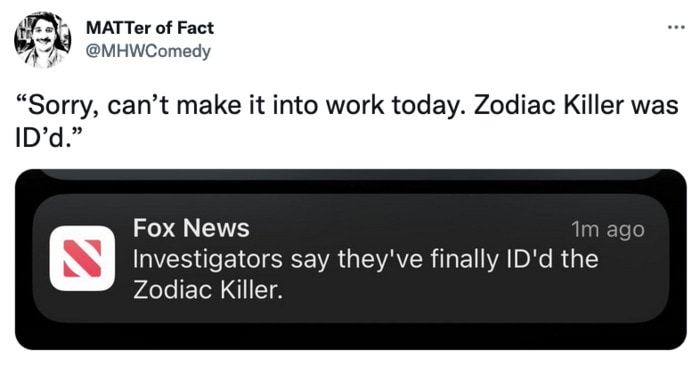 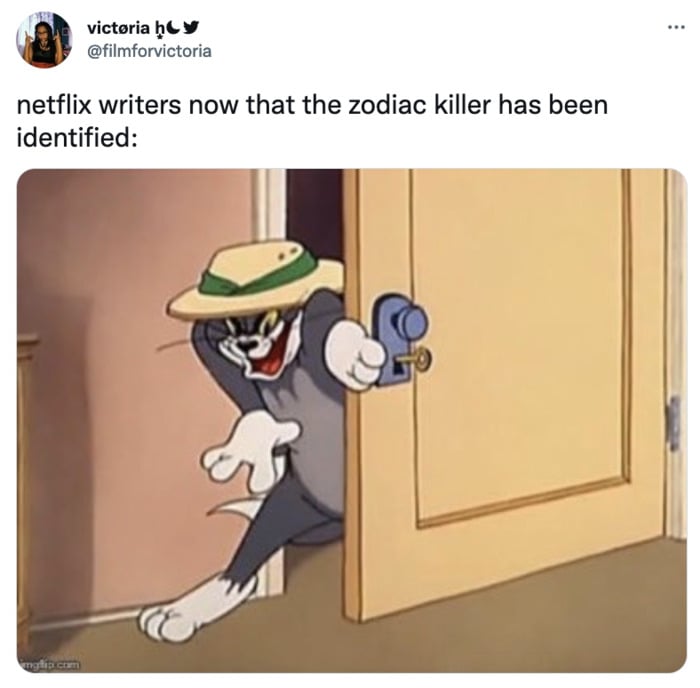 9. Even more shocking: that it wasn’t Ted Cruz.

People logging onto Twitter on October 6, 2021 to see that the Zodiac Killer has been identified
pic.twitter.com/X1S9HgFRq3 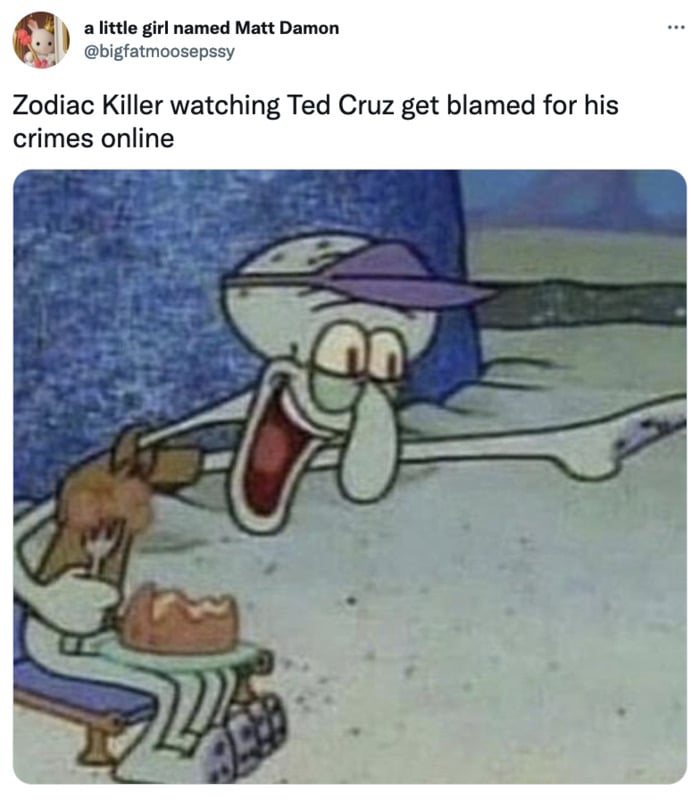 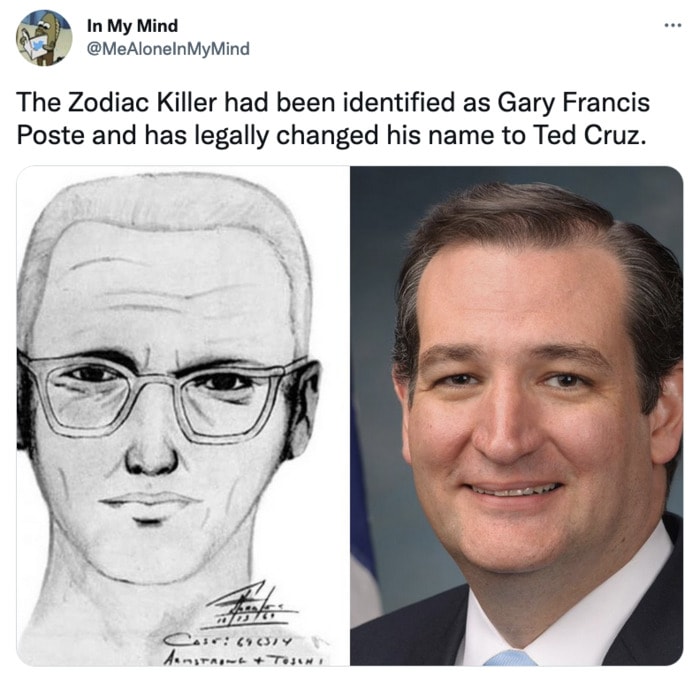 Gary Francis Poste aka “The Zodiac Killer” watching all those movies and documentaries about himself up until his death. pic.twitter.com/e7dDl4172q

Everyone finding out the Zodiac Killer has been identified in the year 2021 pic.twitter.com/eMtsKkR24y 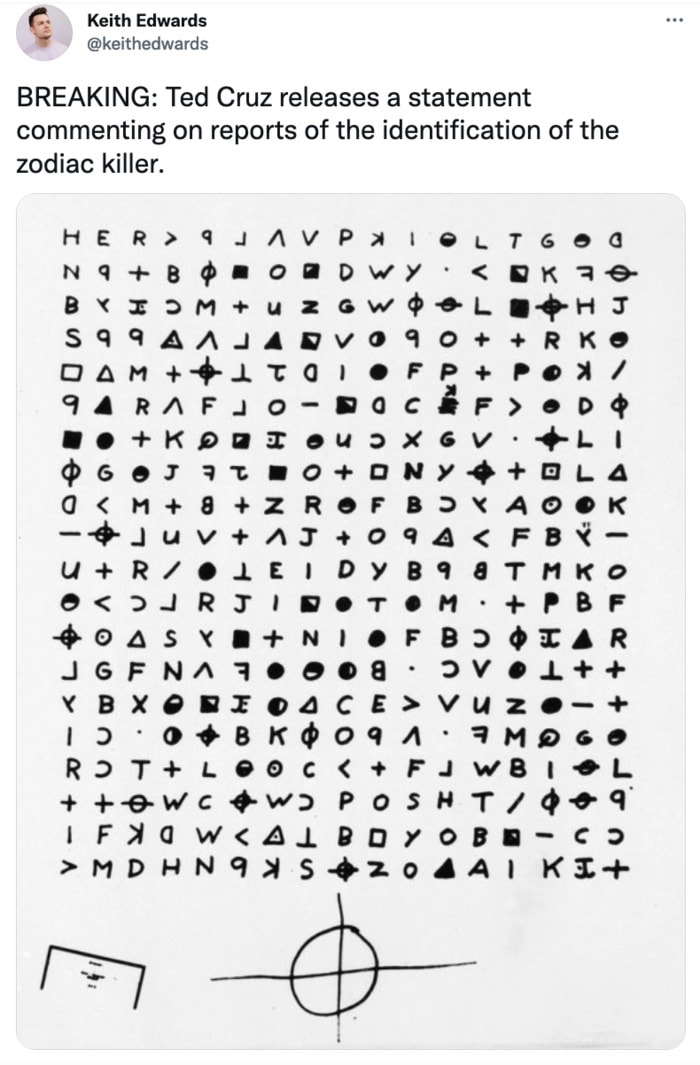 18. The Zodiac Killer? I’ve never heard of him. 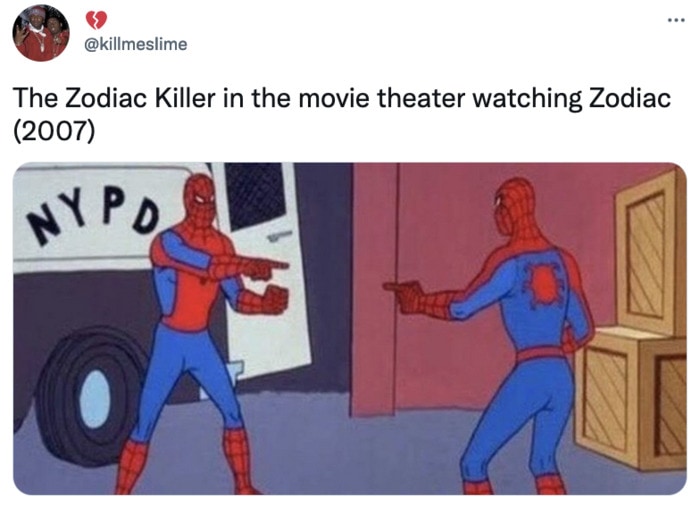 I would still rather assume the Zodiac Killer is Ted Cruz and nothing you say will change that.

Latest posts by Laura Davis (see all)
As an Amazon Associate we earn from qualifying purchases. This post may contain affiliate links from Amazon and other sites that we collect a share of sales from.
300 shares