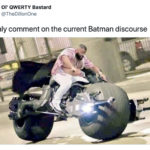 It’s been said that some heroes don’t wear capes. Well, according to DC, heroes do wear capes, they just don’t give oral sex. Is every superhero secretly DJ Khalid in a mask?

According to a recent story in Vulture, DC asked Justin Halpern, executive producer and co-creator of the animated series Harley Quinn, to cut the scene where Batman goes down on Catwoman.

“A perfect example of that is in this third season of ‘Harley’ [when] we had a moment where Batman was going down on Catwoman. And DC was like, ‘You can’t do that. You absolutely cannot do that.’ They’re like, ‘Heroes don’t do that.’ So, we said, ‘Are you saying heroes are just selfish lovers?’ They were like, ‘No, it’s that we sell consumer toys for heroes. It’s hard to sell a toy if Batman is also going down on someone.’”

And here’s which heroes we think do or don’t go downtown.

1. Cutting to the chase

Every Batman that does or does not eat pussy, a thread: pic.twitter.com/uEnqYItdQA

3. Batman on his way back to the mansion.

My only comment on the current Batman discourse pic.twitter.com/xxNnUypu11

4. Batman not going to have a partner for very long either.

Batman Begins but none of his ladies finish

So, what you're saying is I've dated Batman? pic.twitter.com/ZH4wppBBAb

7. Everyone loses this one.

So many DJ Khaled jokes but this is the best courtesy of @abhishekdrums pic.twitter.com/R9X9Zld0Ti 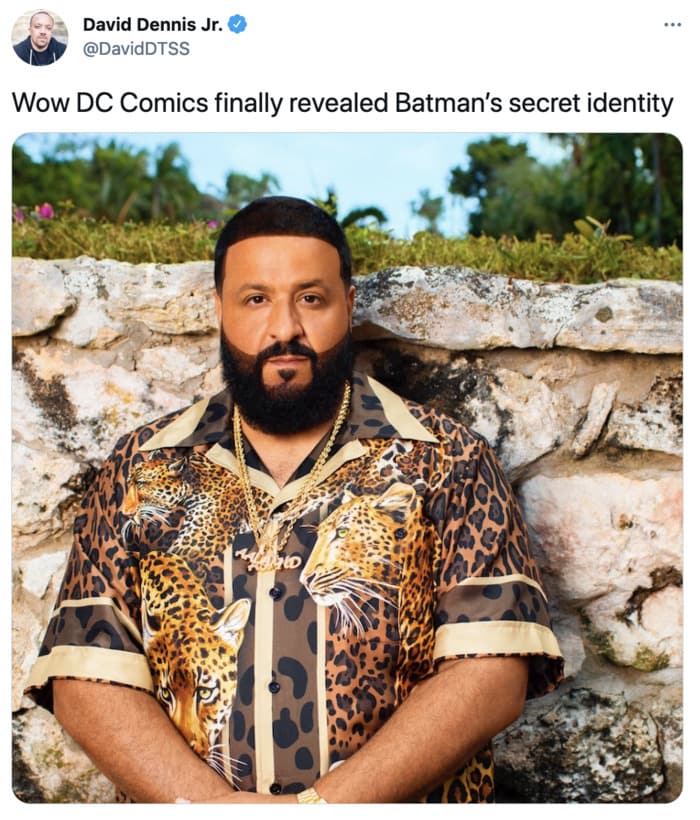 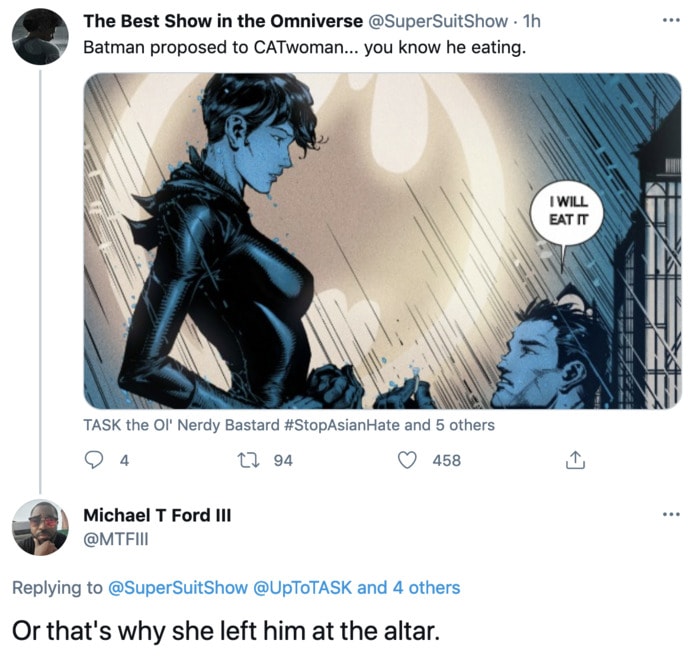 10. At least you can trust Loki to be a good lover.

Batman might not, but you know Loki does. pic.twitter.com/PSfKDaGFfw

Wait a second: has anyone ever seen Batman and DJ Khaled in the same place at the same time?

12. Take it from a guy who was an Executive Story Editor on Gotham.

ive written Batman and he does

Catwoman, leaving the altar once she realizes Batman was serious when he said he doesn't eat pussy: pic.twitter.com/SHfsBvCeFH

16. There is literally no other reason for it to look like that. 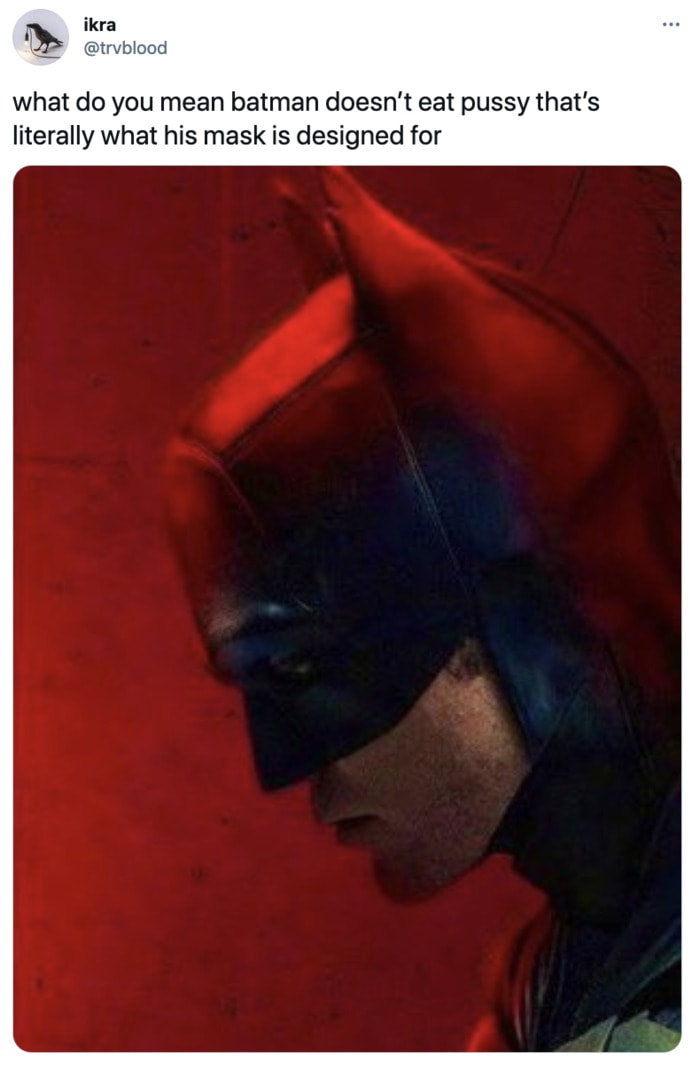 *Checks why Batman is trending*
*Goes back to writing Nightwing, possibly a more… giving hero.* pic.twitter.com/U7HxaQj1lv

thank you DC for making this Batman moment possible pic.twitter.com/DD6jvTPtVb

19. Even Obama is confused.

DC: Batman can fuck his friend's daughter but he can't go down on Catwoman. pic.twitter.com/z9x2NV7iZL

Latest posts by Rebecca Swanner (see all)
As an Amazon Associate we earn from qualifying purchases. This post may contain affiliate links from Amazon and other sites that we collect a share of sales from.
102 shares