When you go camping, you get to see all kinds of wildlife: birds, turtles, snakes, and unfortunately, spiders. But what about the beast with two backs? Get in touch with your own animal instincts with some camping sex. What better way to work up an appetite for s’mores?

To answer the call of nature, you’ll want to be prepared. You may be into a lot of kinky stuff, but I don’t know anyone who likes ramming their knee into a rock while they’re trying to get down and dirty.

When it comes to outdoor sex, here’s what to pack, tips for success, and the most in-tents sex positions.

A two-person tent probably won’t cut it, even if there’s only two people involved in your woodsy romp. That’s because these tents are meant for two people to just sleep in, not to dance the four-legged foxtrot. Aim for a tent that holds six people or more.

Having sex with rocks poking into your back is the spiritual opposite of a hot stone massage. You’re going to want some cushion between you and the cold, hard ground. Bring a mattress pad, yoga mat, or air mattress for comfort.

Nature has yet to provide us with power outlets in trees, no matter how many letters we write to the Department of the Interior. Bring your battery-operated sex toys with an extra set of batteries, or make sure your toy is fully charged before you leave civilization.

Sleeping bags are meant to hold warmth, so trying to have sex in one will feel like trying to make love inside of a burrito. Unless you’re a die-hard Chipotle fan, we recommend doing it on top. But, for post-sex snuggles, you’ll want a two-person sleeping bag to share. Yes, guacamole is still extra.

When you’re camping, there’s a lot that can dry you up: dehydration, dry mountain air, nowhere to plug in your oil diffuser and humidifier. But packing your gallon-sized bottle of lube takes up too much room in the backpack, so get some smaller, to-go containers of lube, instead.

If you’ve only packed a few shirts, you don’t want to sacrifice one for post-sex housekeeping. Bring a sheet or towel to put on top of your sleeping bag to soak up any wet spots. Pack some wipes to freshen up, especially if you won’t have access to a shower. Finally, bring an extra trash bag to use inside your tent so you can discreetly dispose of your used items before carrying them to a trash can.

Tents have about as much soundproofing as the ceiling between your apartment and the upstairs neighbor. Find a secluded camping spot away from other sites. You don’t want any curious neighbors wandering over to see what animal is making the howling sound.

The starry night sky is romantic, but mosquito bites on your butt cheeks and a public indecency charge are not. Keep the fun times in the tent and away from fellow campers.

There’s already a lot of not-amazing smells involved in camping. Hot boxing your tent with sex smells will not help. Open up the vents in your tent so there’s some air flow.

Unless you’ve always dreamed of starring in a sexy shadow puppet show, keep the lanterns and flashlights in the tent turned off. Lighting from inside the tent will project everything happening on the tent wall.

5. Have Car Sex Instead

Sex outside can be fun, but sometimes you’re looking for cushions, walls, climate control, and a horn you can honk when you’re done. Instead of tent sex, do it in the not-any-more-comfortable car. Beep beep!

Camping isn’t the time to pull out the Kama Sutra for your next acrobatic adventure. Getting medevaced from the woods for a sex-related injury is a surefire way to end up as a trending Reddit meme. What’s better than sex? Not ending up in the hospital.

If you didn’t spring for the larger tent, there’s probably not enough room for upright positions like cowgirl or doggy style. If you did, pretty much anything goes, but here’s some ideas anyway.

If you’re squeezing into a sleeping bag together, you’re probably spooning anyway. And after a long day of hiking, getting lost, falling into a ravine, and having to cut off your own arm with a knife, the lazy spooning position is easy and fun.

The spooning sex position creates the perfect angle for G-spot stimulation. And you don’t even need that second arm. 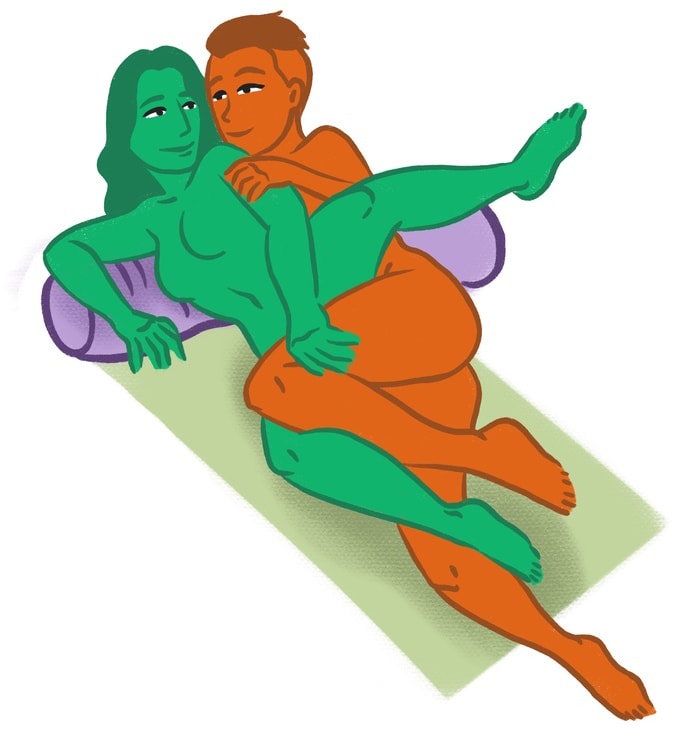 Like missionary, the 69 position allows you to lay relatively flat in the tent. It can be done with one partner on top of the other or facing each other side-to-side.

Just make sure you use the freshening wipes before getting down in each other’s business. Otherwise, add nose plugs to the packing list. Yankee Candle isn’t coming out with a sweat and dirt scent anytime soon.

Missionary position may not be your default sex position, but it’s perfect for this environment. And, even if it is, doing the same old thing in a new environment brings new energy to it. At home, you aren’t listening to a chorus of crickets all around you. If you are, call the exterminator. For extra support on the ground, use your clean-up towel as a wedge pillow. 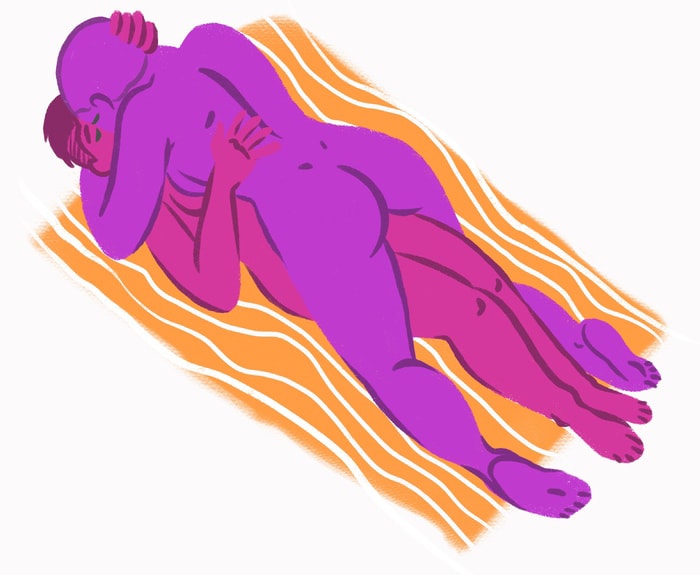 Many smaller tents only have room for one person to sit up. The solution? Sit on top of each other! Have one partner sit cross-legged and the other partner straddles them facing each other. Being close face-to-face is perfect for intimacy, or to search each other’s hair for ticks. Don’t you wish you could do this every weekend?

Latest posts by Madison Higgins Hwang (see all)
As an Amazon Associate we earn from qualifying purchases. This post may contain affiliate links from Amazon and other sites that we collect a share of sales from.
74 shares