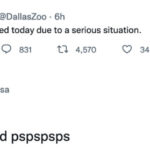 Just after 8am on Friday the 13th, the Dallas Zoo put out a Tweet that “The Zoo is closed today due to a serious situation.” What was that serious situation, you ask? Oh, just a very cute missing 25-pound cloud leopard named Nova. As expected, Twitter fell over itself with plenty of funny tweets and cat memes in response.

Now, if you’ve owned a cat, it’s likely the leopard is probably somewhere it doesn’t belong — like on the top of the elephant enclosure — trying to knock over something it shouldn’t.

We hope they find the missing animal soon. In the meantime… here are some funny memes. Also, has anyone tried catnip yet?

Dallas PD is onsite assisting with the search efforts. The Zoo is closed today as our teams work to find and recover the animal. Given the nature of these animals, we believe the animal is still on grounds and hiding. We will share updates and more information as soon as we can.

Update: Nova was spotted at 4:40 on the zoo grounds and returned to her quarters by 5:15 pm.

1. It’ll fit in so well with the others.

4. When pspspspspsps alone won’t cut it. 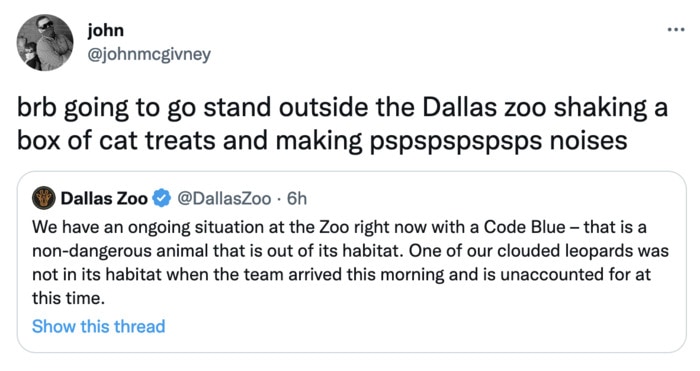 5. You know what, actually, do the criminal investigation. 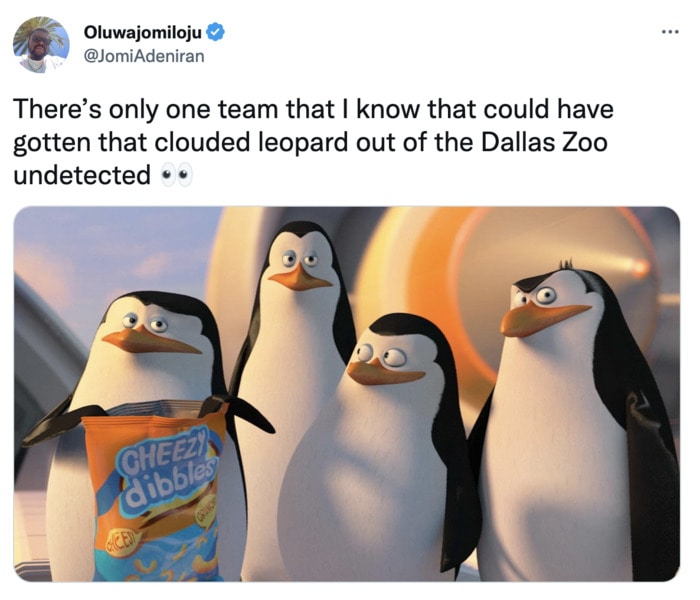 7. Did anyone look under the pile of laundry?

8. Surely there’s an Amazon box around there somewhere. 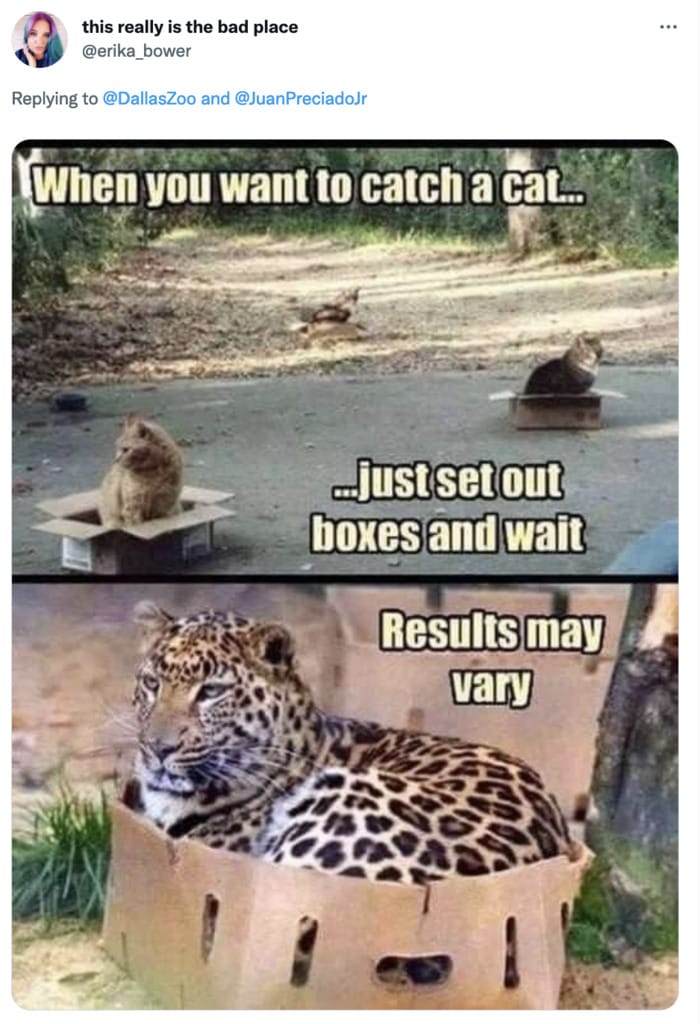 11. Ideally something filled with water too. 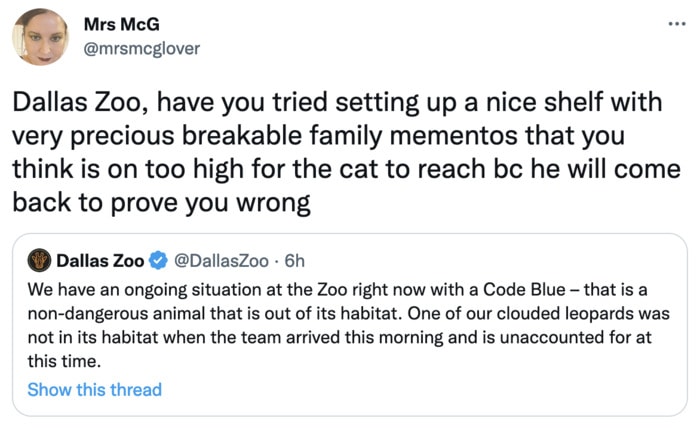 12. She just wanted to say hello to the neighborhood. 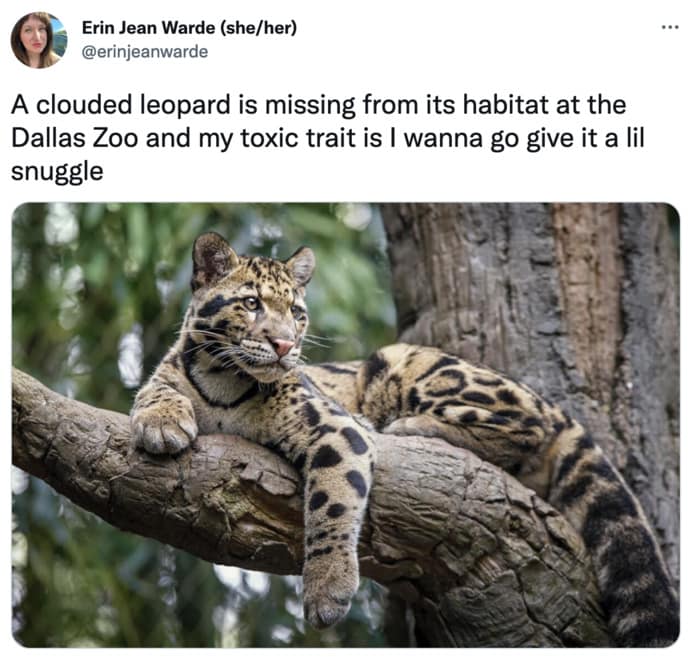 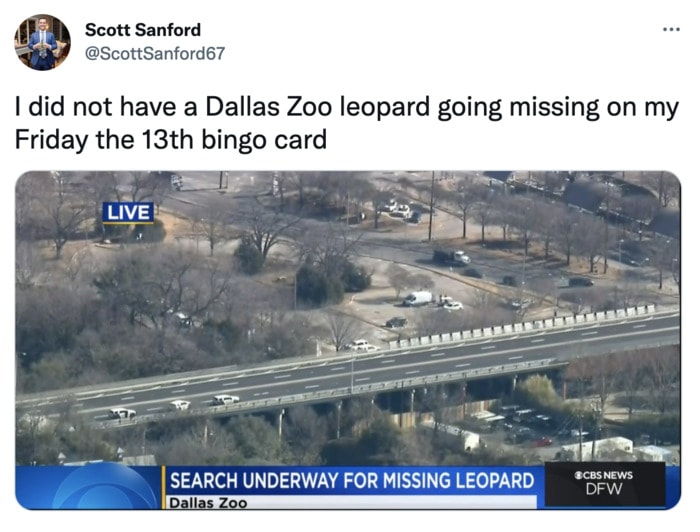 Let me pet the leopard pic.twitter.com/rR5WPimAk1