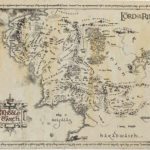 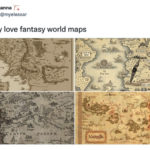 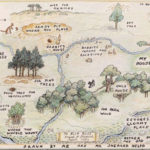 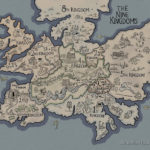 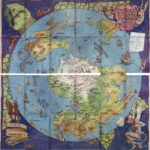 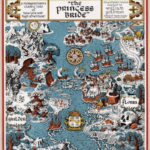 It seems like every few months we have a new fantasy show based on a book, and we honestly couldn’t be more stoked. Escaping to a new world is everything we need right now. Especially when it’s so meticulously built that we can get completely lost in it.

Unlike our dads on road trips, where we’re more than happy to ask for a directions when we’re lost. 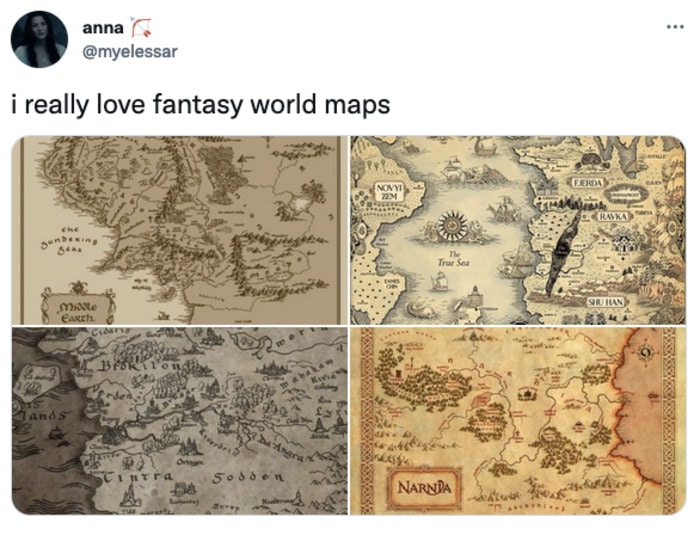 A good fantasy map doesn’t just help ground you within the story. It’s a work of art all by itself. Here are our favorite maps from books and shows that we would totally put on our fridge in place of our nephew’s latest drawing. Sorry, bud.

Fantasy Maps from Books and TV

1. Middle Earth from The Lord of the Rings

Maybe one of the most well-known fantasy map-makers, J.R.R. Tolkien included detailed maps of his fantasy world. And we may get to see the map grow with the release of Amazon’s The Rings of Power.

Tolkien may not have been the first fantasy map novelist, but he certainly inspired generations of fantasy writers. He’s the hipster of fantasy maps – he was drawing them before it was cool. That’s how he knew about the dwarves too, even when they were underground. 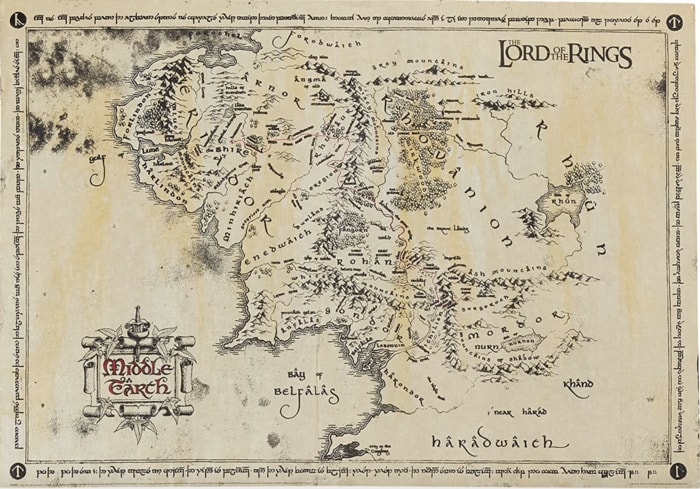 2. World of the Wheel in Wheel of Time

If the new Wheel of Time TV series is anything like the Robert Jordan book series it’s based on, it’ll be an epic spanning years and distances. True to the theme of the book, there’s a ton of story threads between a ton of characters and a ton of locations. No wonder the books are so heavy.

This map isn’t just beautiful, it’s necessary to wrap your brain around what’s happening. Now when you stress about how separated the characters are, you know exactly how distraught to be. Our therapist is thrilled. 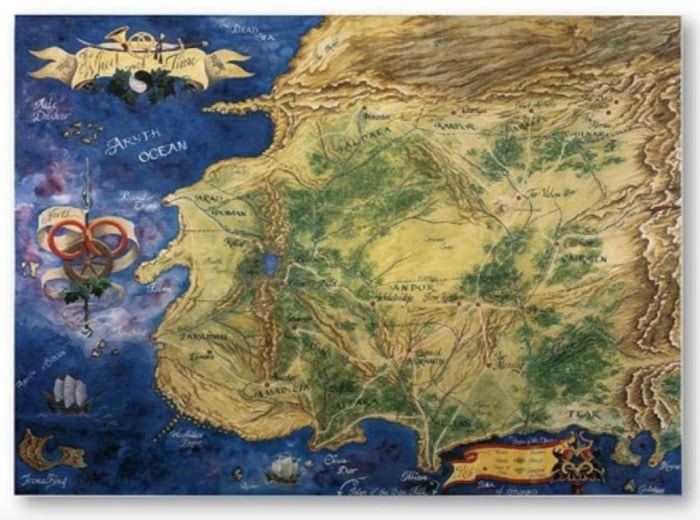 The 10th Kingdom miniseries is a bit of a deep cut. But for fantasy nerds who were pre-teens in the aughts, it was a minor obsession.

It’s a sequel to all the fairy tales we grew up with, and as the map shows, there are nine kingdoms that have been established by fairy tale heroines: Snow White, Cinderella, Red Riding Hood, and so on.

If you missed the obsession in 2000, The 10th Kingdom is streaming on Amazon Prime. Enjoy it as you relive your preteen years. Butterfly clips and stretchy chokers not included. 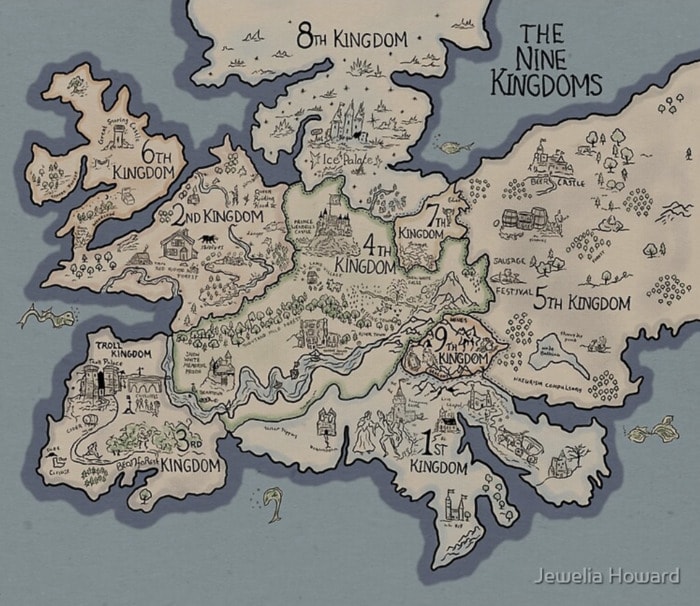 Our favorite thing about the map of Winnie the Pooh‘s Hundred Acre Woods is that it’s meant to be drawn by Christopher Robin. He may be young, but thankfully he still knows how to draw trees.

Just looking at this map makes us feel like we’re tucked in warm and cozy, having a bedtime story read to us. Someone please bring us milk and cookies. We learned the hard way that a pot of honey isn’t the best bedtime snack. 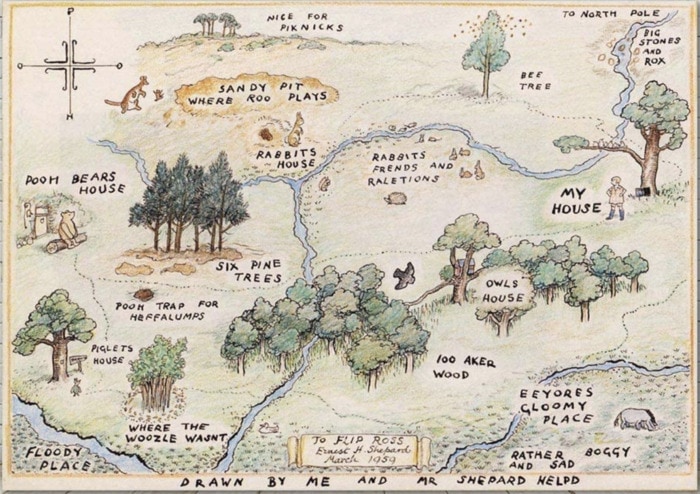 5. Guilder & Florin from The Princess Bride

This classic quest for true love takes Westley and Buttercup across two countries and to death itself. From the Cliffs of Insanity to the Fire Swamp to the Zoo of Death, The Princess Bride boasts some of the most memorable literary locations.

The thought that some people wouldn’t love these intricately drawn maps? Inconceivable! 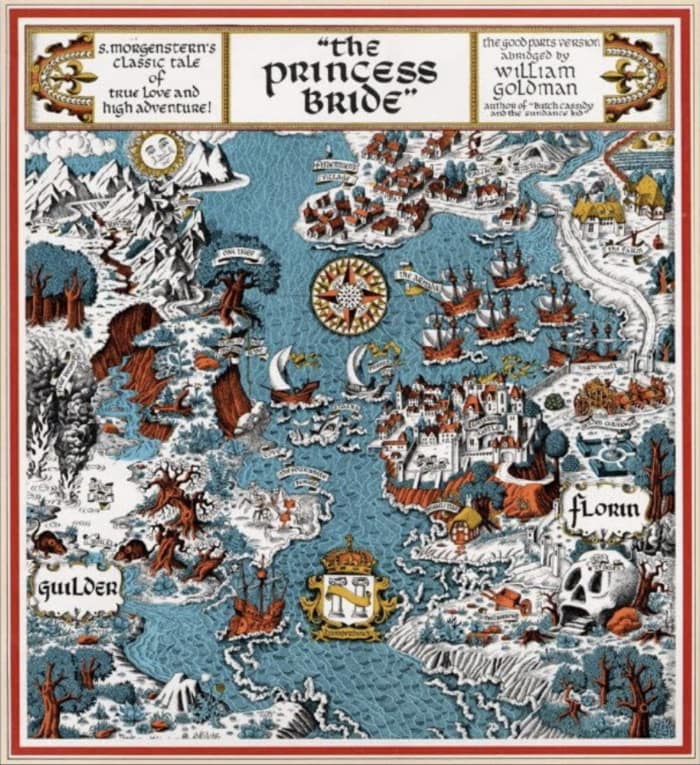 This is one of our favorite maps because it’s so different from the rest. The aptly named Discworld, based off of Terry Pratchett’s book series, this is a universe that is disc-shaped.

It’s totally flat, and sits on the back of four elephants who are standing on the back of a cosmically huge turtle. And we thought those Flat Earthers sounded crazy!

Most of Pratchett’s most popular works take place in the city of Ankh-Mopork, which boasts its own gorgeous maps. At one point Random House even developed an app that would allow you to virtually explore the city, but it’s sadly defunct now. Kind of like Apple Maps.

7. Westeros from Game of Thrones

The map of Westeros was just another fantasy map until the HBO adaptation and this absolutely bonkers title sequence. The shifting clockwork map is one of the coolest things we’ve ever seen, and as it turned out, way more satisfying from start to finish than the series itself.

No, we’re still not over it. And yes, we still occasionally scream into the void, “WHY WAS HE A TARGARYEN?!” And then we watch this opening sequence again to calm down. This is a fine cycle.

Latest posts by Marissa Rousseau (see all)
As an Amazon Associate we earn from qualifying purchases. This post may contain affiliate links from Amazon and other sites that we collect a share of sales from.
97 shares