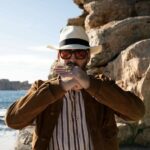 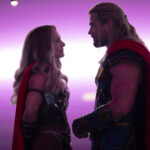 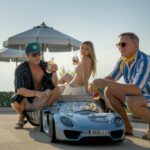 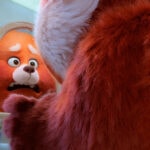 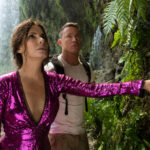 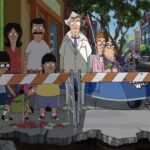 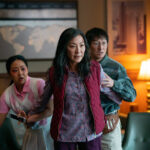 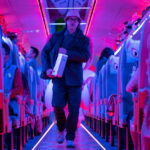 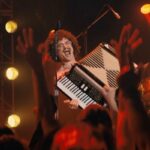 Need a laugh? After braving everything over the past year, we’re betting you do. Fortunately, there’s a pretty extensive list for the funniest movies of 2022.

This year offered us some of the most innovatively hilarious films. They made us laugh, cry, think, and even – on very rare occasions – keep us off our phones for a whole hour. Miracles really do happen! 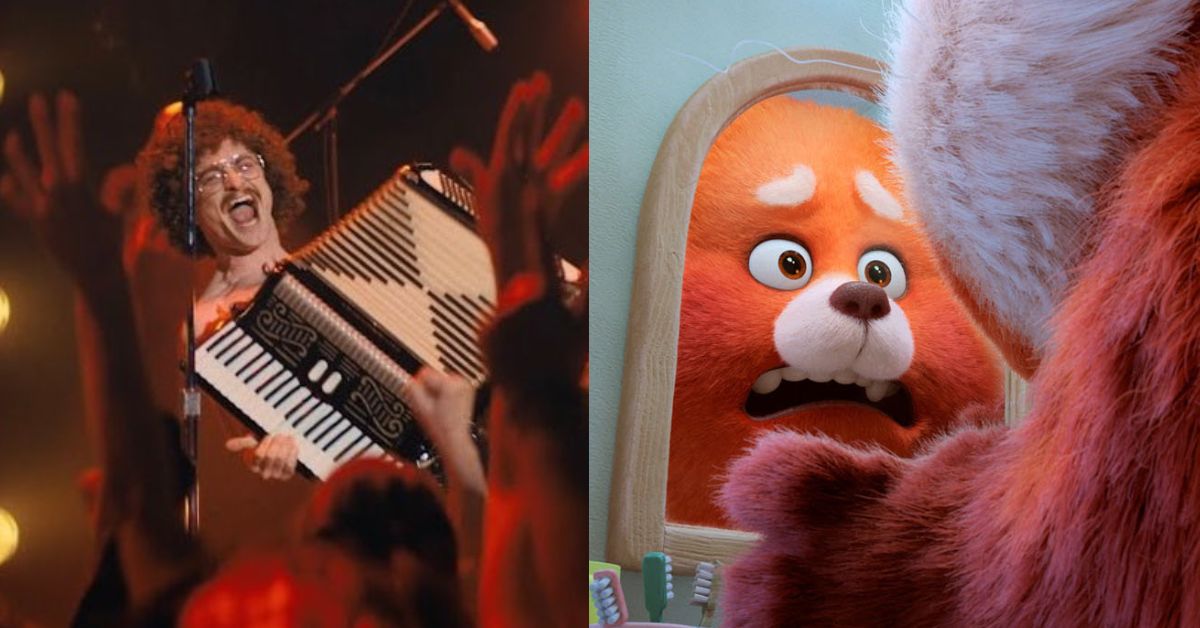 From a meta-comedy about a washed-up actor going through his own hard times, to a dimension-hopping epic that defies classification, you don’t want to miss these funny films that came out in 2022. So grab some popcorn and put your phones on silent – it’s movie time!

See, the jokes are already starting. We know you haven’t had a ringtone since 2008.

1. The Unbearable Weight of Massive Talent

Nicolas Cage takes on the most challenging role of his career by starring as a washed-up Hollywood movie actor named… Nick Cage.

In The Unbearable Weight of Massive Talent, Cage gets an offer from super-fan and possible arms dealer Javi Gutierrez (The Mandalorian’s Pedro Pascal) for one million dollars to hang out with him at his birthday party. Apparently, Baby Yoda was unavailable.

Follow Al Yankovic (Daniel Radcliffe)’s rise to fame as he earns multiple platinum records with hits like “My Bologna” and “Another One Rides the Bus.” Share in his agony as that wannabe Michael Jackson parodies his song “Eat It.”

And, watch as pop star Madonna attempts to seduce the brilliant young songwriter so he’ll… yeah, okay, so none of that happened to the real Weird Al. But we’re betting you’ll find Roku’s biographical parody Weird: The Al Yankovic Story way more interesting than his actual life. Plus, Harry Potter plays Weird Al! Wonder how much Polyjuice Potion he had to drink?

Brad Pitt plays master assassin “Ladybug” who battles fellow killers “Lemon,” “Tangerine,” “Wolf,” and “The Prince” on a high-speed Japanese bullet train. A giant Pokemon-like mascot gets punched in the face, and there’s an ode (or two) to Weekend at Bernie’s. What more could you want?

It’s chaotic, clever, and the plot has more twists than a sketch rollercoaster that, in hindsight, probably shouldn’t have been made in the first place.

4. Everything Everywhere All at Once

Along the way, she tries to get her taxes done, improve her relationship with her daughter, and find happiness. We’re just waiting for the royalties from this film that clearly just replicated our average Tuesday.

Running a burger restaurant is hard — especially when a sinkhole opens in front of your place, exposing the skeleton of a carnie your landlord may have murdered.

Hoping to clear their landlord’s name (and get a break in their rent), the Belcher family investigates the crime and ends up uncovering a plot involving cufflinks, submarines and one nasty speargun. Is it too late to consider a food truck?

Romance novelist Loretta Sage (Sandra Bullock) traipses through the jungle in a purple sequined jumpsuit searching for the priceless Crown of Fire. That is, after billionaire Abigail Fairfax (Daniel Radcliffe) had kidnapped her, believing that her novels are based on actual archeological research.

Despite the seemingly ridiculous premise, the authors in my Facebook group assure me that The Lost City is an accurate depiction of how all romance novelists live. Especially the part about the jumpsuit.

Audiences loved this animated Pixar fantasy-comedy about a 13-year-old girl who inherits a hereditary curse that turns her into a giant red panda whenever she experiences strong emotion. And you thought that unibrow you got from your great-aunt was bad.

Makeovers are tough. But when the guy who wants to rebrand himself into a good guy is the actual Big Bad Wolf, you know you’re in for a rough time. Throw in a crew of misfit criminals named Mr. Snake, Mr. Piranha, Mr. Shark, and Ms. Tarantula, and you’ve got yourself a recipe for one of the funniest animated films of 2022. And a pretty good crew for Noah’s arc.

Want more animated bad boys? Puss in Boots will be making his return to the big screen in December 2022 in Puss in Boots: The Last Wish.

9. Glass Onion: A Knives Out Mystery

Together, they all participate in a next-level murder-mystery game. You know, the kind where someone gets killed for real.

Whether we’re seeing the God of Thunder take on a bunch of space-muppets with the Guardians of the Galaxy, contend with his ex-girlfriend (and ex-hammer), or suffer a serious wardrobe malfunction courtesy of a skirt-wearing Zeus (Russell Crowe), Thor: Love and Thunder was made for late-night viewing parties where you can just chill and explore the wackier side of the Marvel Universe. And Chris Hemsworth’s abs.

Latest posts by Michael Jung (see all)
As an Amazon Associate we earn from qualifying purchases. This post may contain affiliate links from Amazon and other sites that we collect a share of sales from.
10 shares