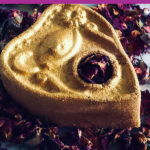 We might be the exact target market for these goth bath bombs, but #witchplease, we’re not the only ones. Self-care and witchy vibes are two trends that show no signs of slowing down.

So, if you shop at Hot Topic, like to unwind in a tub at the end of a long day of casting spells, and want to bathe your flesh in the dark waters of the underworld with a cute goth bath bomb, keep reading. Because apparently bathing in the blood of virgins Elizabeth Bathory style is still frowned upon. But, fanny packs also made a comeback, so you never know.

PSA: Despite what our inner middle schooler feels, we know that witch, Wicca, and Goth are not interchangeable terms, unlike Nirvana and most overrated band ever. (Also, we think anything out of stock will be back soon.) 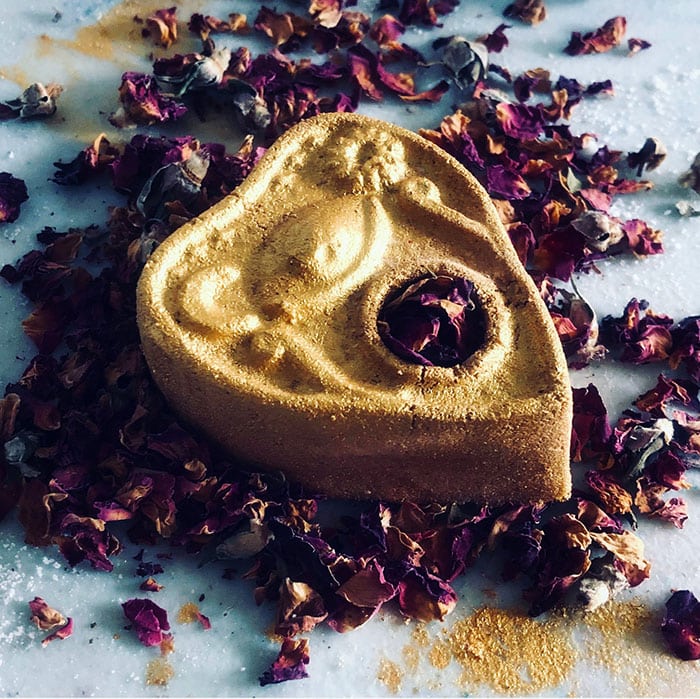 1. Pop!Natural The Grape Houdini Planchette Fortune Teller Bath Bomb, $7.95
This bath bomb’s name is so long by the time you’re done saying it the water will be cold. But, it features a surprise burst of fortune-telling color inside and smells like fruit and wine. We’re not saying it reminds us of our college girlfriend but we’re not saying it doesn’t either. 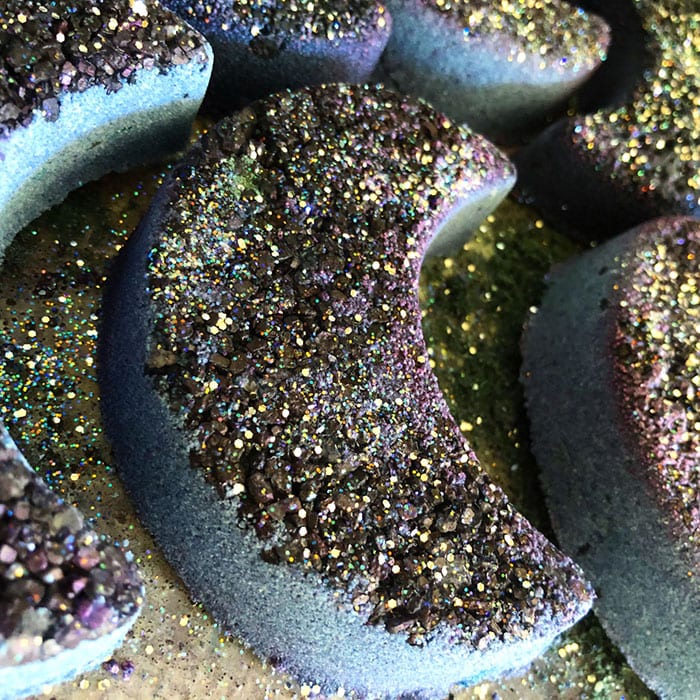 2. Pop!Natural Dreams Druzy Quarts Moon Bath Bomb, $12
This hydrating goth bath bomb has scent notes of amethyst, merlot and lavender. Order one so you can find out what amethyst smells like and then tell us. Our bets are on sage. 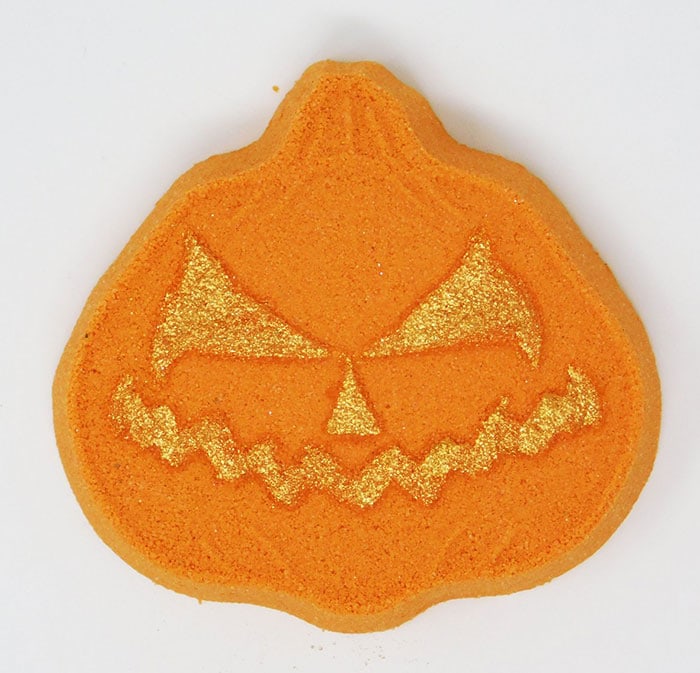 3. Witch Baby Soap Hallowmas Bath Bomb, $7
Any Goth worth her Epsom salts celebrates Halloween year-round. And, what better way to celebrate fall than with a mulled cider in a bath with a pumpkin spice and bourbon vanilla scented Jack-o-lantern bath bomb? 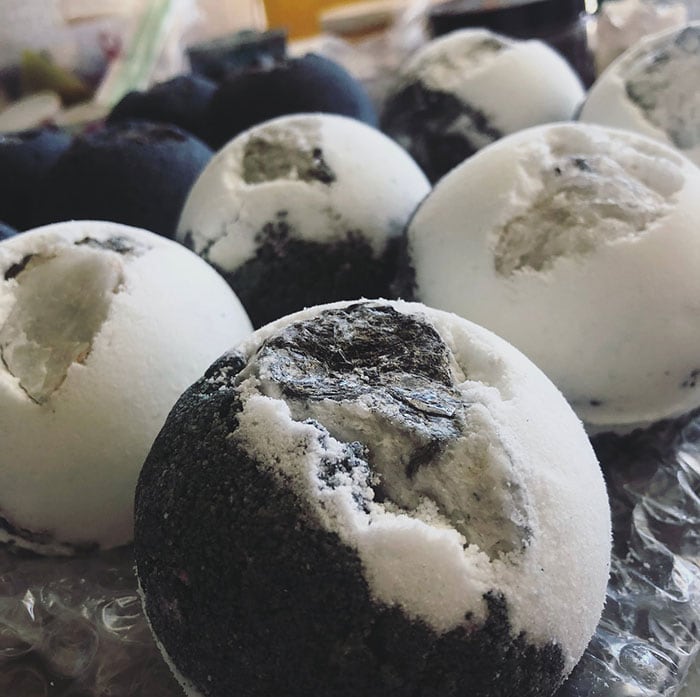 4. Pop!Natural Moonstone Bath Bomb with Raw Moonstone, $15
This is Cracker Jack box of a bath bomb looks like a moon and comes with a prize moonstone inside! There’s nothing we love more that surprise gifts. Especially if they’re money. Or if we can exchange them for money. 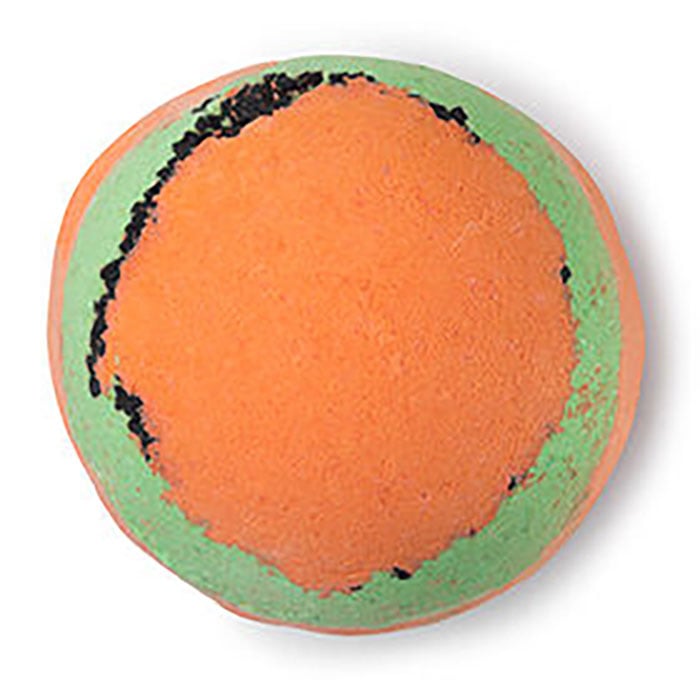 5. Lush Mercury Retrograde Bath Bomb, $7.95
This is for the Goth that has a lot of opinions about how Mercury Retrograde is screwing up their life. Get them lemon, gardenia, and cinnamon-scented bath bomb and a tutorial on credit card limits. 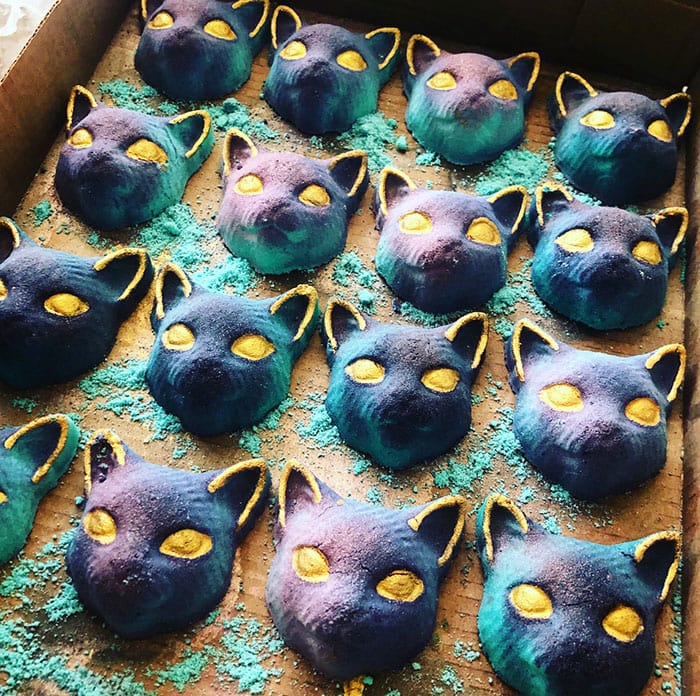 6. Pop!Natural Tabu Magic Cat Rainbow Bath Bomb, $9.75
Our black cat likes to sit on the edge of the tub while we’re in the bath and creepily stare at us, and that’s why we turned Hector into a bath bomb. In his new form he smells like cassis, seaweed, bergamot, and jasmine tea, any of which is a lot better than kitty litter. 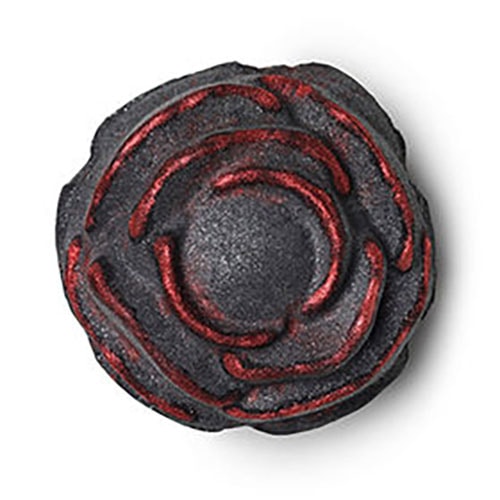 7. Lush Black Rose Bath Bomb, $8.95
This bath bomb has the holy trinity of goth colors: it starts out black and red, but turns the water a vibrant purple. This lemon-scented, cocoa butter infused beauty will keep you soft and worship-worthy. And it’s a much better idea than that black rose tattoo you’re contemplating. 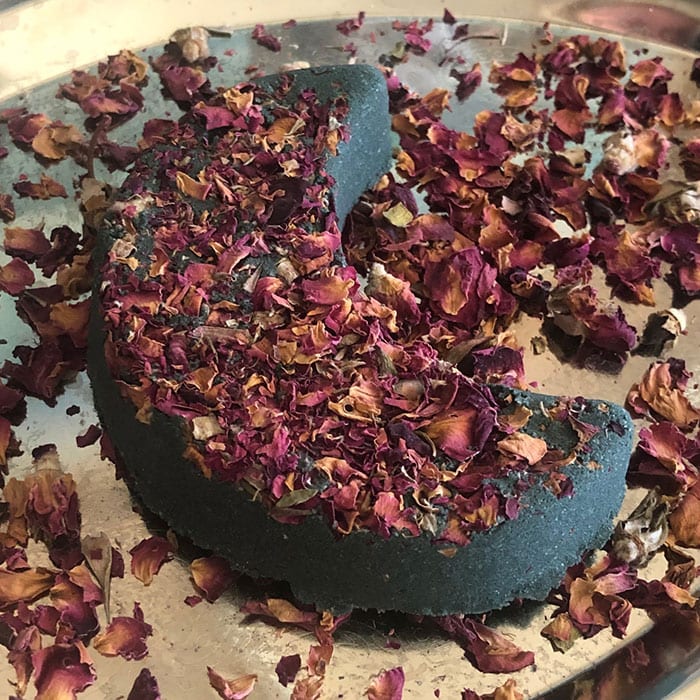 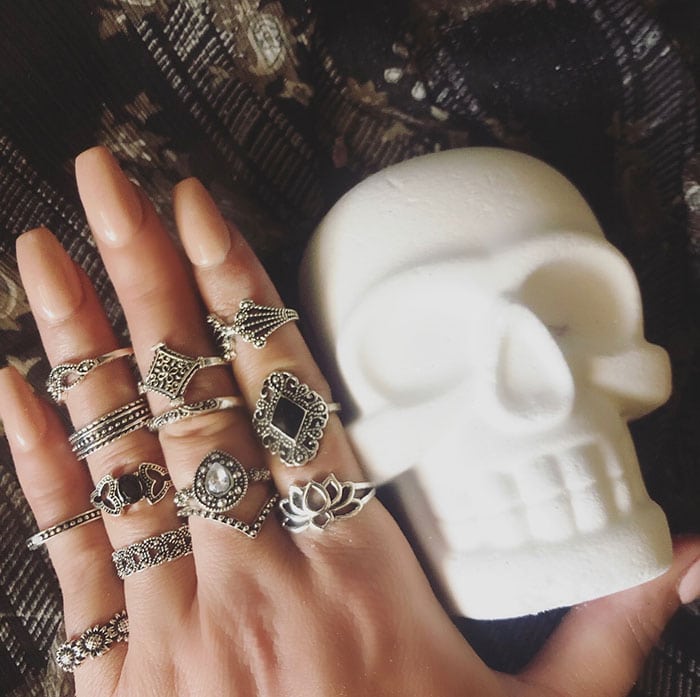 9. Pop!Natural Fortune Teller Skull Bath Bomb With Hidden Rings, $14
This skull-shaped bomb looks white on the inside, but will release one of eight mystery bursts of color and 15 costume rings once it’s underwater. Whatever the mystery color is it means “you’re a hoarder.”

10.  Pop!Natural Toxic Bitch Craft Coffin Bath Bomb With Hidden Moon Necklace And Rose Petals, $16
Is there anything more Goth than a coffin-shaped bath bomb? How about one scented with roses that comes with a moon-shaped rhinestone necklace? Peter Murphy would approve. And, we would know! (He loves being on our speed dial!) 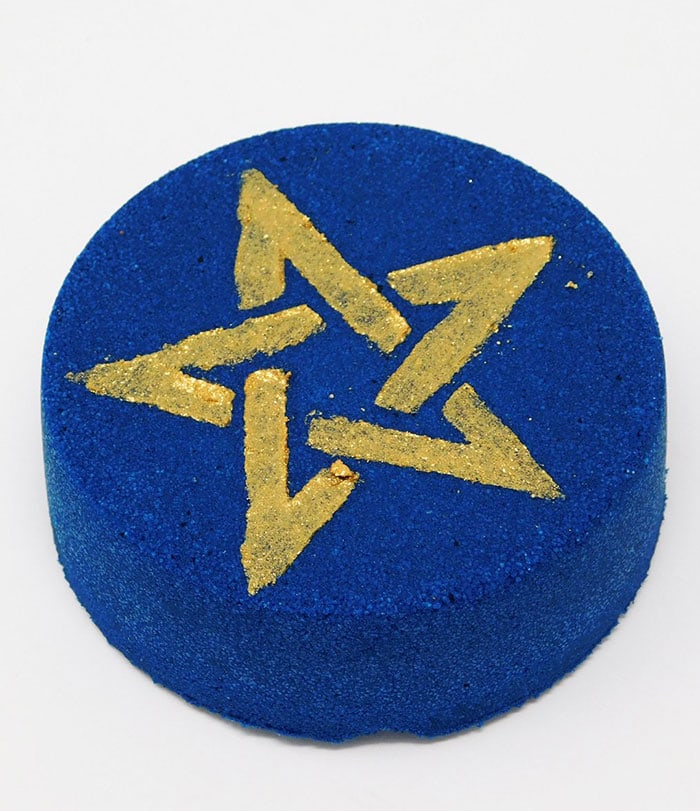 11. Witch Baby Soap Initiation Bath Bomb, $5.50
Welcome to the dark side. Honey, smoky vanilla and sage in a dark blue bath will engulf you while you watch the Pentagram disappear. My favorite bath bombs are ones that would scare our Southern Baptist grandma, and this one definitely fits the bill. Just like premarital sex!

12. Witch Baby Soap New Moon Bath Bomb, $5
Lemon peel, oatmeal, and angelica will transform you into a hydrated priestess instead of the desert witch your skin has been masquerading as. 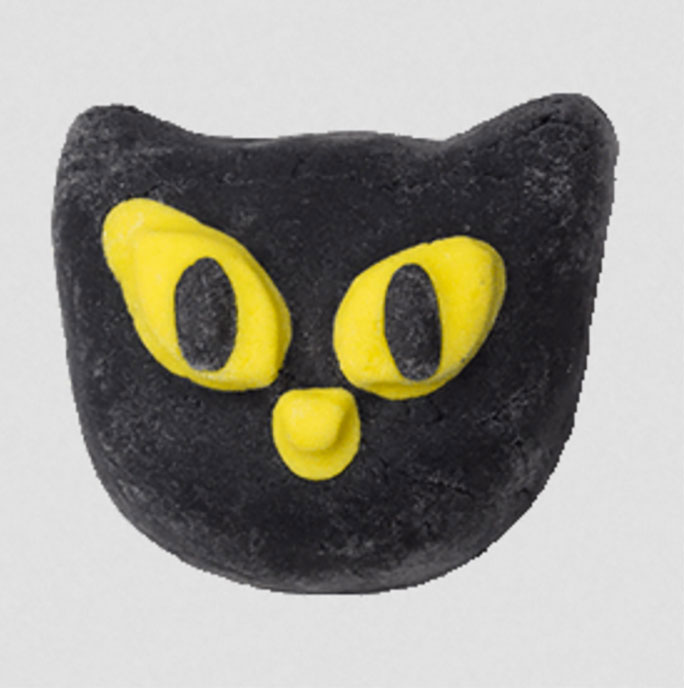 13. Lush Bewitched Black Cat Bubble Bar, $7.95
This goth bath bomb produces big thick bubbles and colors the water a deep black. Not unlike what our Hector does to all of our clothing. 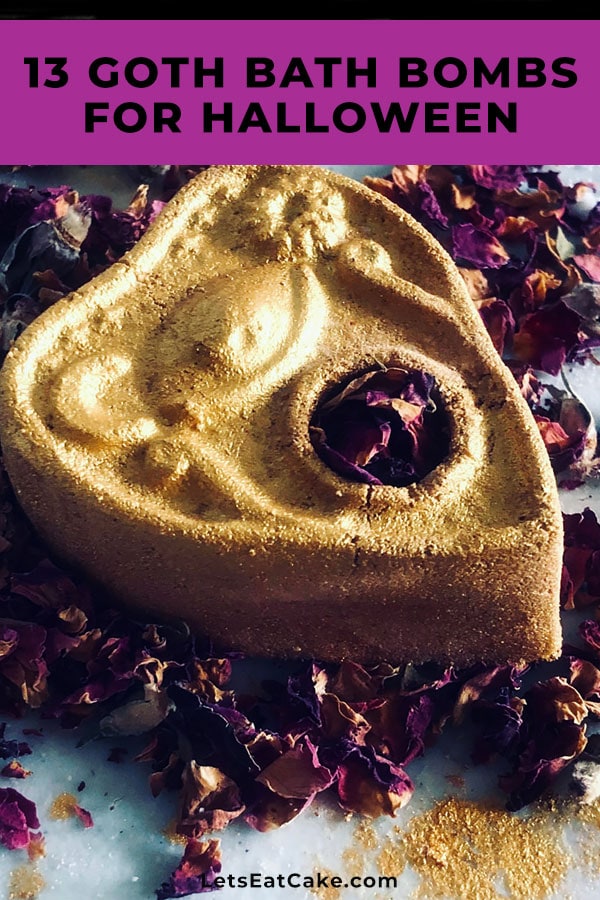 Latest posts by Sarah Hartshorne (see all)
As an Amazon Associate we earn from qualifying purchases. This post may contain affiliate links from Amazon and other sites that we collect a share of sales from.
751 shares