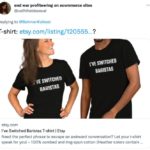 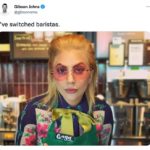 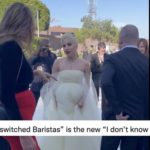 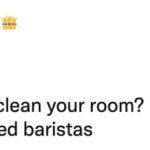 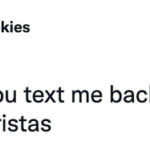 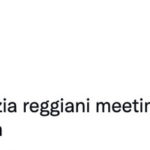 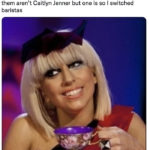 The 2022 Oscars keeps on giving. There were the ball gowns, Rami Malek’s creepy stare, and of course Will Smith slapping Chris Rock.

But as the infomercials always say…”Wait! There’s more!” Lady Gaga and Caitlyn Jenner had a brief conversation at Elton John’s Academy Awards Viewing Party that gave us the most iconic line: “I’ve switched baristas.” 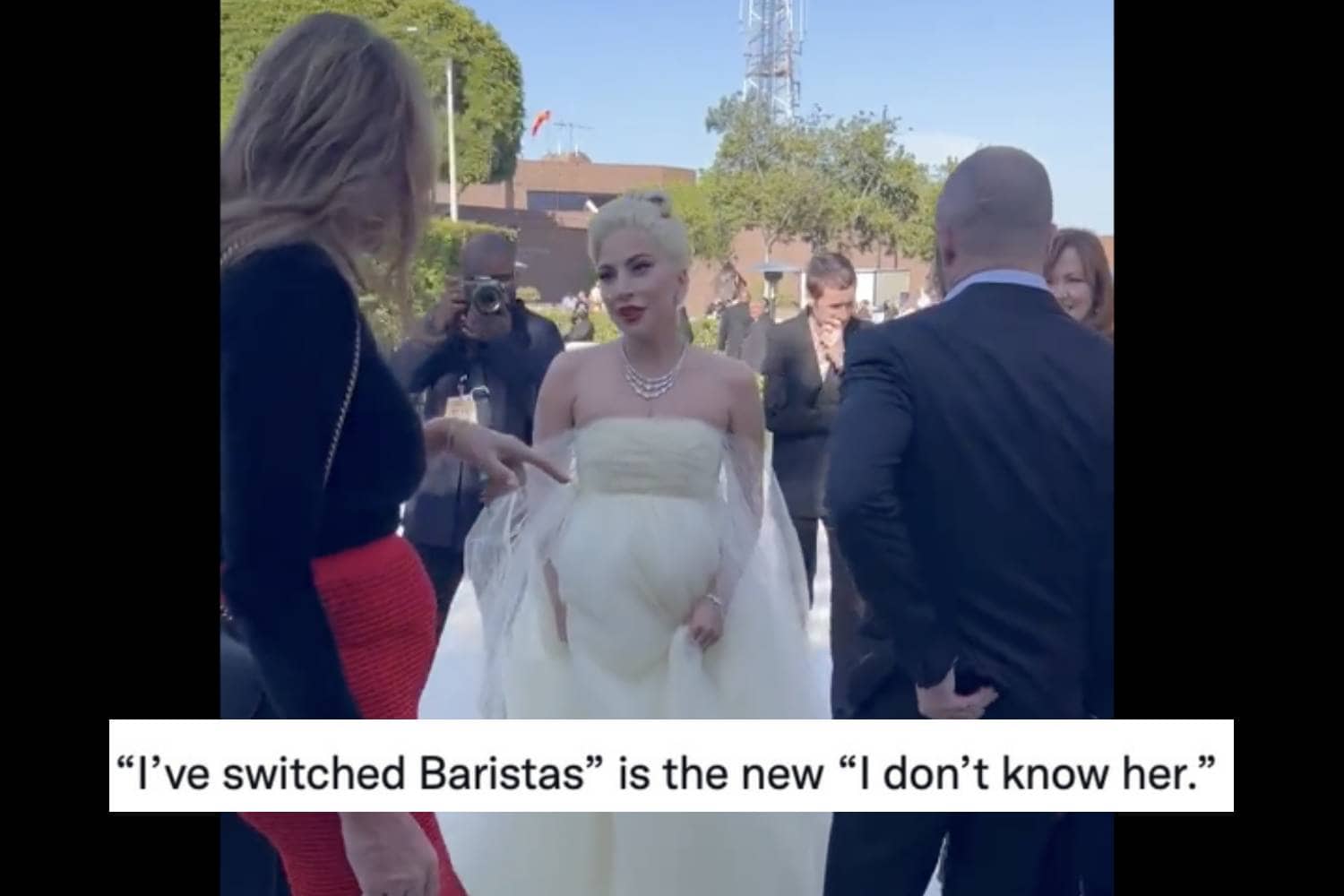 In the 26-second encounter, Jenner asked Gaga if she was still in Malibu, because she hadn’t seen her at Starbucks in a while. Gaga, who clearly wanted to get out of this chit chat, replied with the devastating line, “Well, I – I’ve switched baristas!”

And then she sweeps off into the distance.

People are kindly putting subtitles on this moment I filmed yesterday. “Uhhh I have switched baristas..” should be a t-shirt. #LadyGaga #Shade #caitlynJenner pic.twitter.com/ImsYo5WAnG

Icy. Iconic. The newest version of, “I don’t know her.” Yet another reason for us to bow at the shoes of Lady Gaga. (We hear she only wears Gucci.)

So here are the best memes and tweets about this epic line. And yes, there are t-shirts.

3. But are any Bradley Cooper? Or is he more of a Philz guy? 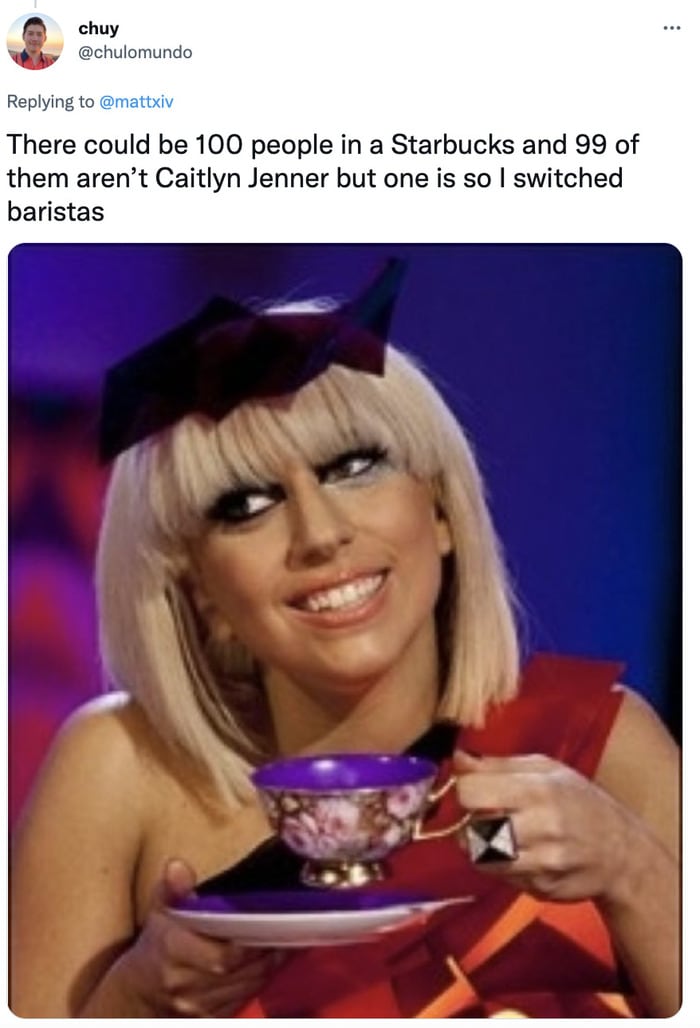 4. We believe this emoji is applicable? 💀

5. And the crowd goes wild! And by crowd, we obviously mean Twitter. 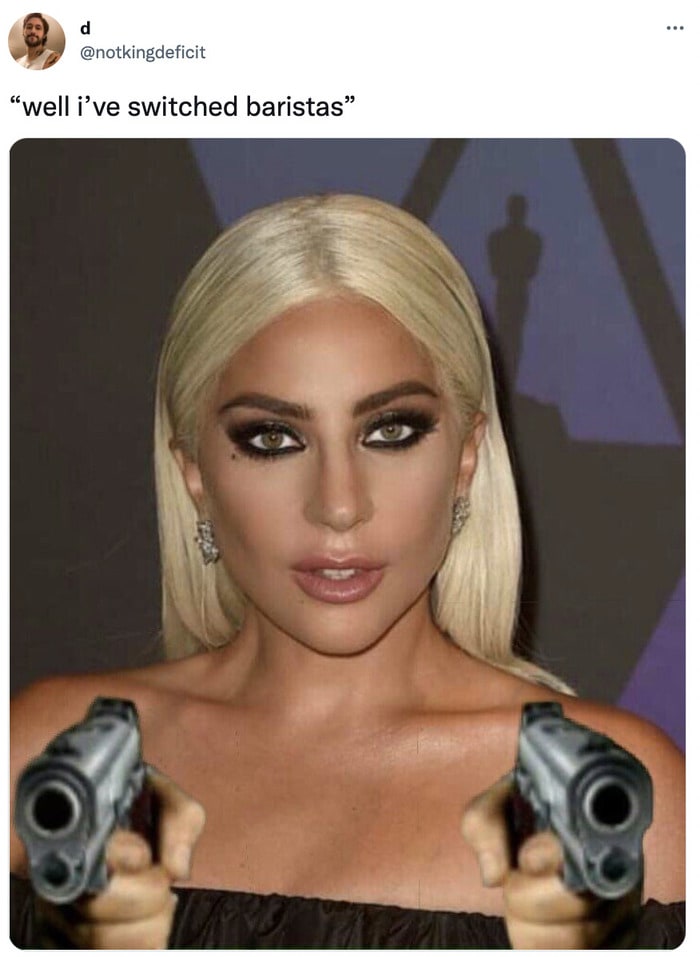 8. We can hear it in an Italian accent already.

10. The devil works hard, but Twitter works faster. Get it here. 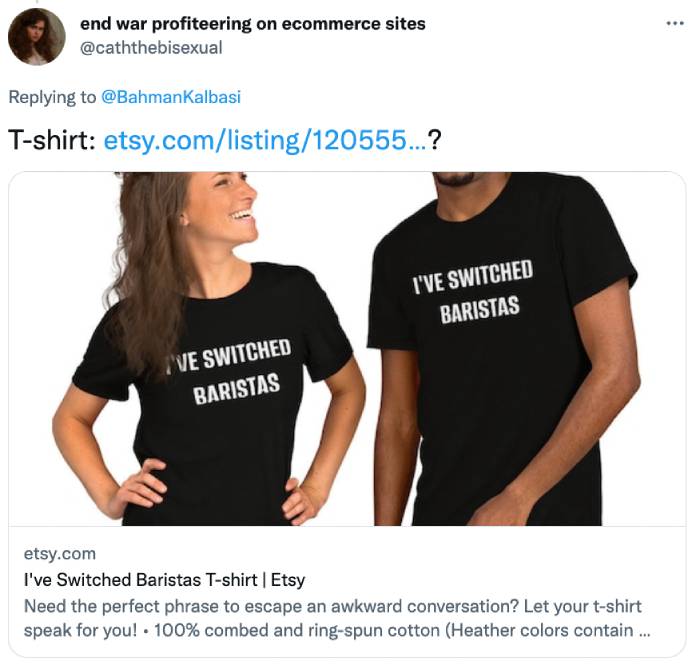 11. And they said they like it a little messy, ok? 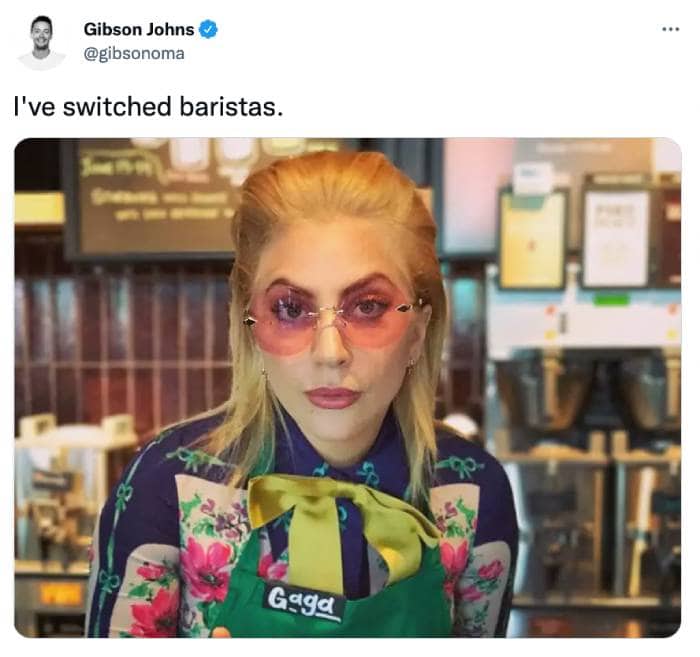 Latest posts by Hannah Rex (see all)
As an Amazon Associate we earn from qualifying purchases. This post may contain affiliate links from Amazon and other sites that we collect a share of sales from.
84 shares