The world is burning and everything is terrible, but at least we can find sweet release in Lorde‘s latest single, “Mood Ring.“

It’s the third track released from her upcoming album, Solar Power, which drops August 20th. We’re not sure if “ethereal house” is a music category yet, but if anyone can make it happen, it’s Lorde.

“Mood Ring“ is more subdued than the Solar Power music video, and slightly happier than Stoned at the Nail Salon. But it’s exactly what we need to dive deep into our cottagecore aesthetic.

The video gives us flowing green attire, snoozy summer afternoon vibes, and a bright, minimalist decor palette we’ve been trying to master for years. So far, all we have is a white rug with a wine stain on it.

Throw that all together with Lorde’s woodland fairy voice and platinum blonde hair, and it creates the best 3 minute and 44 second meditation we’ve ever had.

Instead of writing a 1,000 word essay on how this has temporarily cured our anxiety, we’ll share the best tweets and memes posted in response to “Mood Ring.” Just don’t click around to any other tweets. The rest of the platform isn’t always so chill. Who knew? 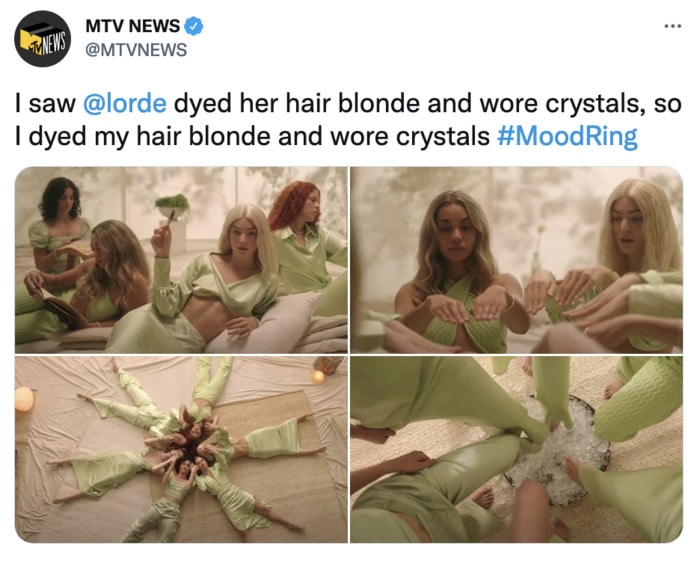 2. All hail, Queen of the Onion Rings! 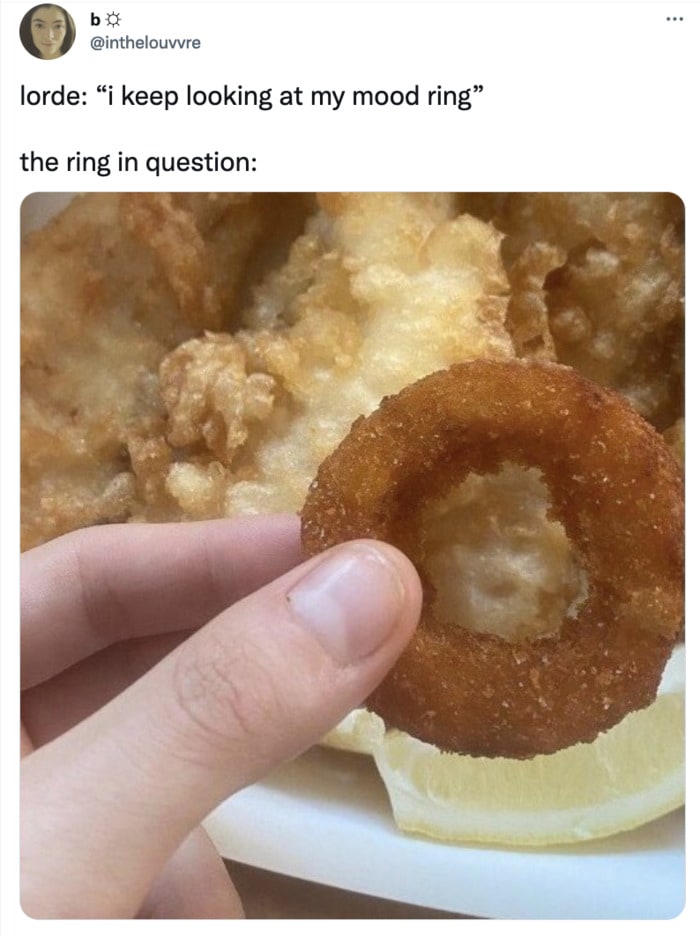 3. And here we were, having such a nice time… 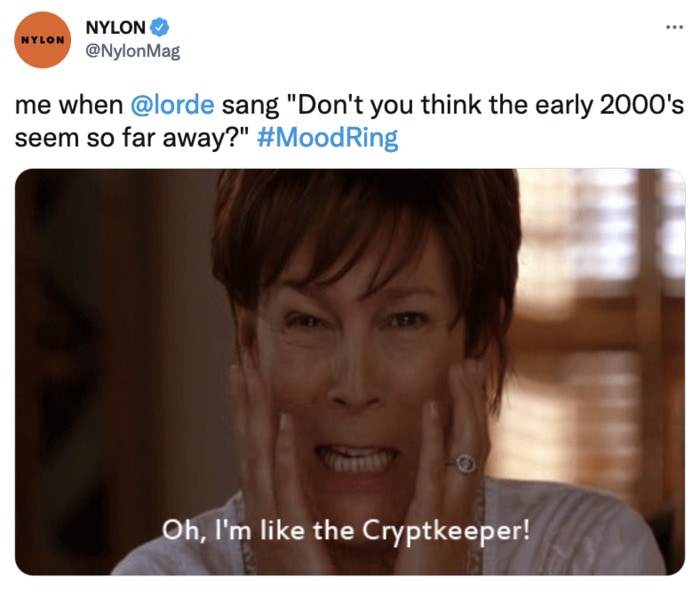 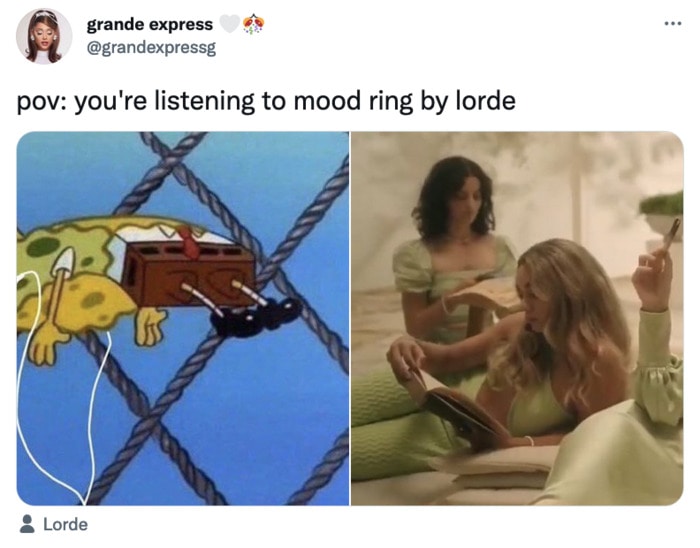 5. I don’t think I’m mentally prepared for the full album. 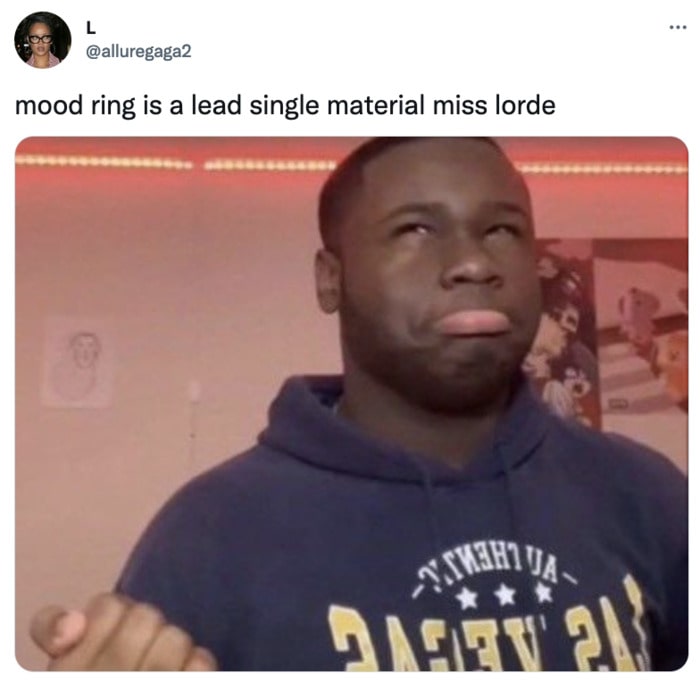 6. It definitely has way cuter clothes than our last cult. 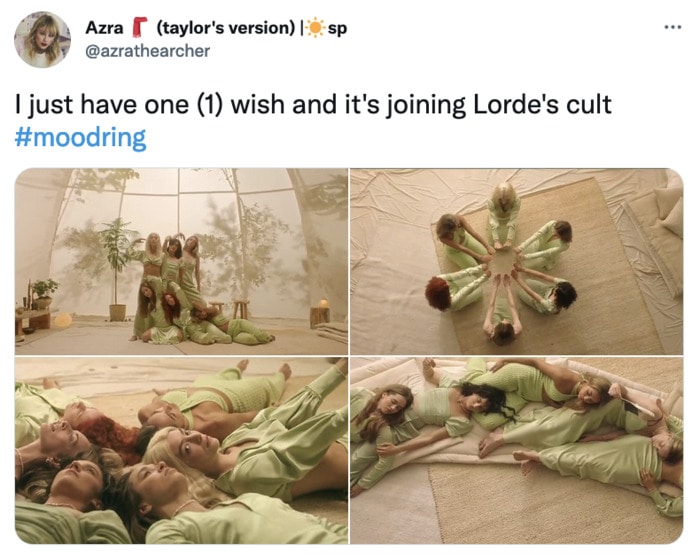 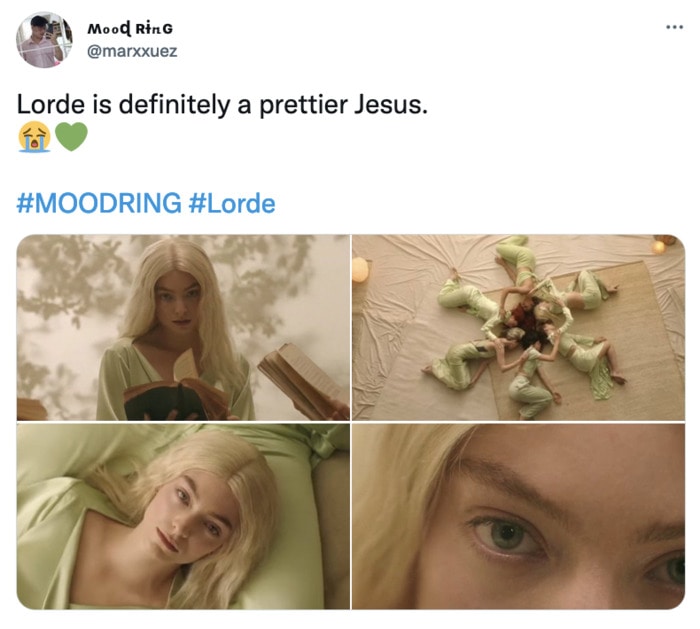 9. TBH, we can’t stop looking either. 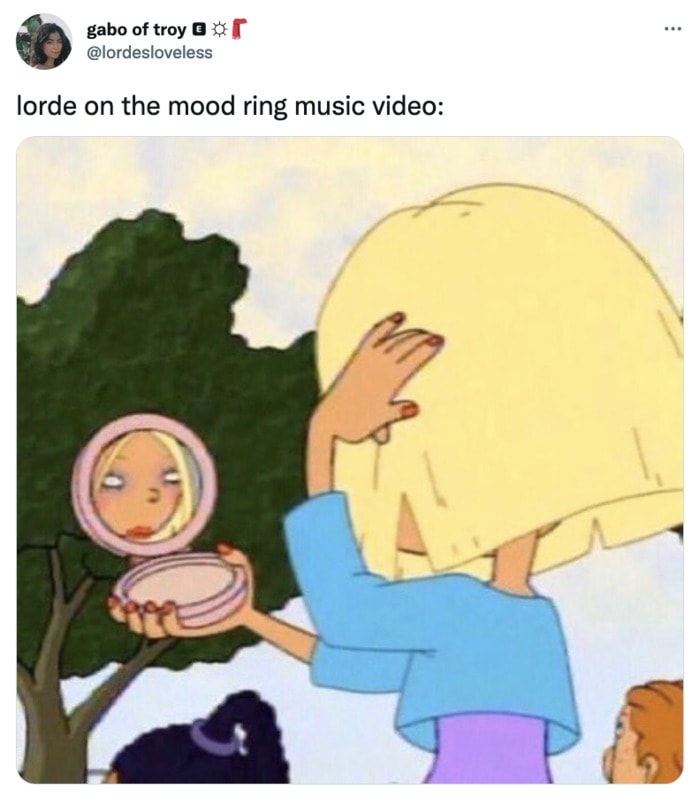 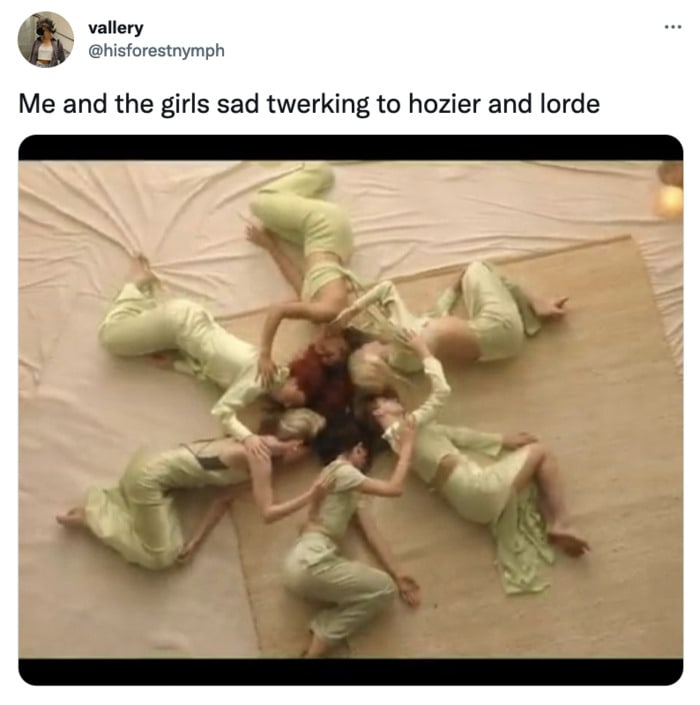 11. Where is this crossover episode? 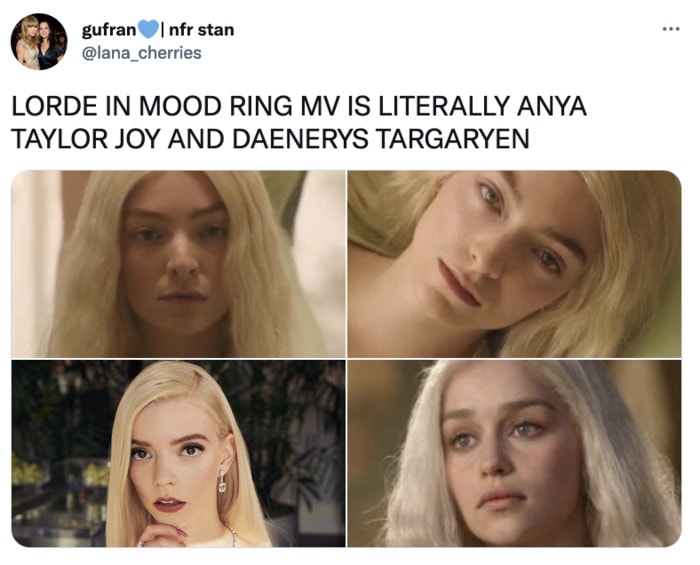 12. But what color hair would she have in that video? 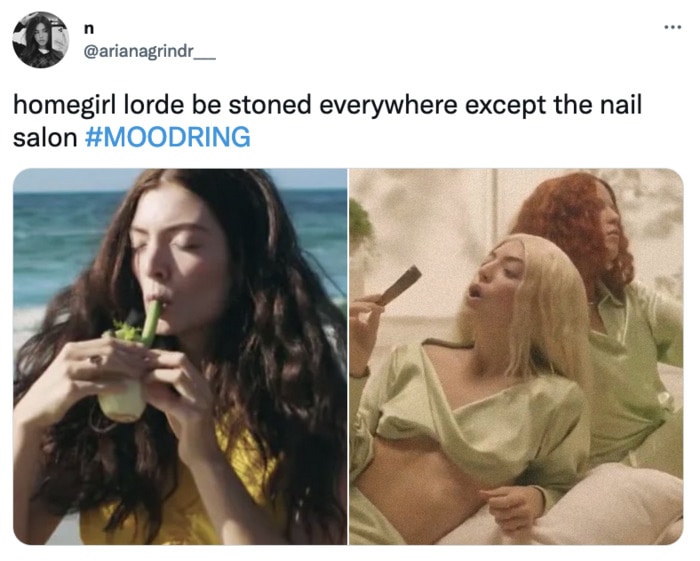 13. Holding our breath until Friday. 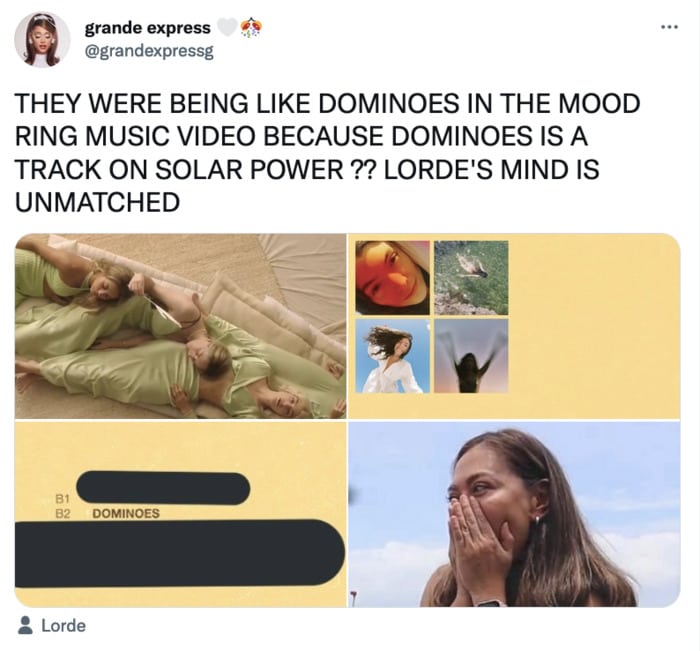 Latest posts by Hannah Rex (see all)
As an Amazon Associate we earn from qualifying purchases. This post may contain affiliate links from Amazon and other sites that we collect a share of sales from.
58 shares