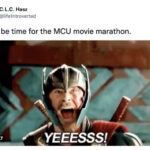 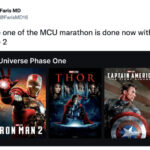 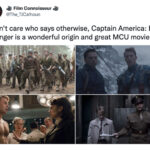 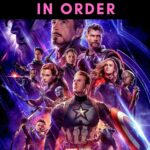 So you’ve decided to watch all of the Marvel movies in order. Good luck with that.

Whether that’s because there’s a new movie coming out (oh hi Thor) or because you’re just a masochist (hey, you do you), you’ve got to have a strategy to tackle the 28 films. Which is almost a marathon. Finally, something we can medal in!

Since it’s no longer possible to watch all the films in a day unless you have Doctor Strange‘s superpowers, we put together a host of different approaches so you can blast through the entire MCU. Afterwards, if you need a palate cleanser, we recommend Booksmart or Parasite. 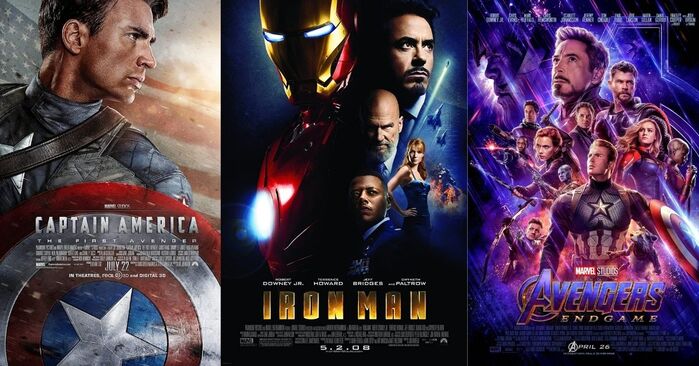 Our list consists only of movies and shows in the MCU. Which means the X-Men movies, Fantastic Four movies, and the earlier Spider-Man films aren’t in the list.

The Marvel Movies In Order

Iron Man was the first film in the Marvel Cinematic Universe to be released. But, that doesn’t mean it’s the first in the timeline. That honor goes to America’s favorite ass: Captain America. If you want to follow the events of the MCU, one way to do that is by watching them in chronological order.

My Wife just said the hottest thing ever…
"Can we watch all the Marvel Movies in order on our Disney+ so I understand what's happening?"

The Marvel Movies in Chronological Order 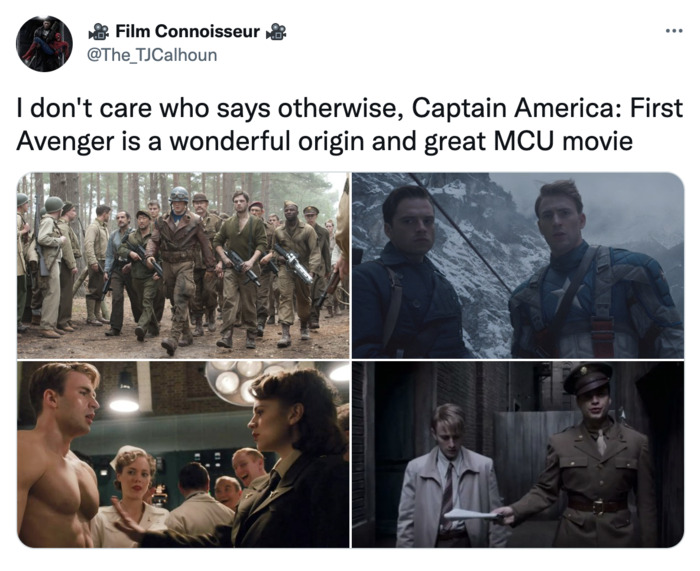 The Marvel Cinematic Universe Movies and Shows in Chronological Order

This list consists of all MCU movies and shows including all the “Marvel Television” shows pre-Disney+. 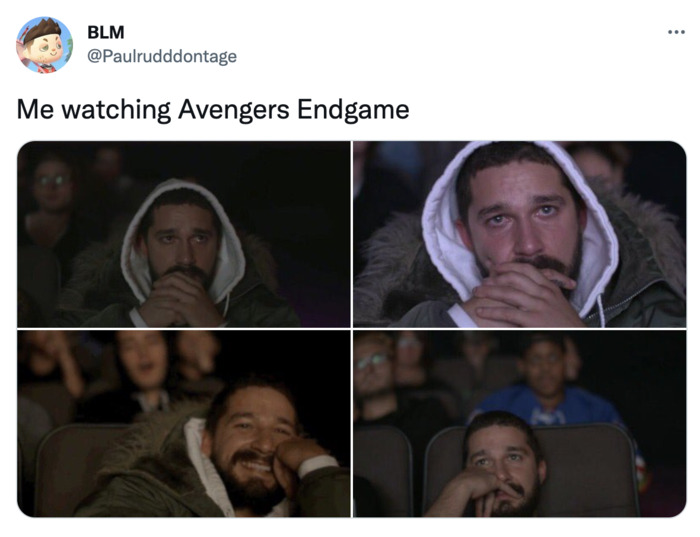 Avengers: Endgame essentially marked the end of the first of three phases of the MCU. Following Thanos’s finger snap, there was a forward leap of five years. Most of these films and shows taken place in Phase 4 which is in the near future. 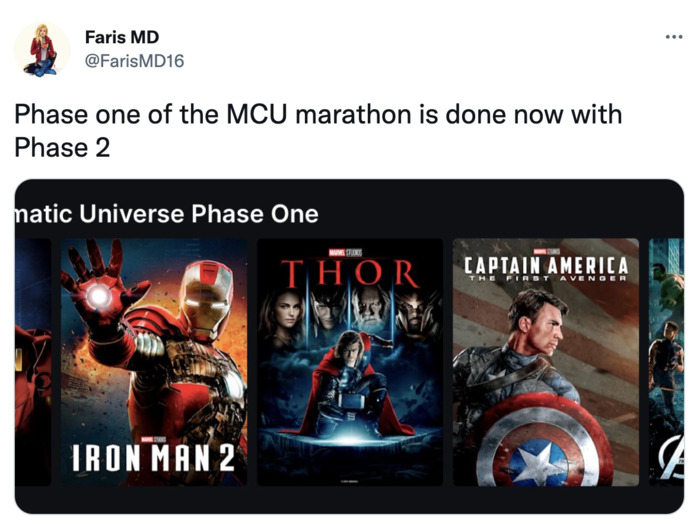 If you’ve never caught up on the MCU and you want to experience it the way the OG fans did, then you can watch them in order of when they hit theaters.

I think it’s about time for my annual mcu marathon pic.twitter.com/gjx1om4Y9r

How Long Would It Take to Watch Every Marvel Movie?

Strategies to Watch All the Marvel Movies

Watch them all in order without sleeping breaks and lean into the madness. Based on calculations, this would take roughly 2.57 days. We did this in college with no problem, but we recommend checking with your doctor first.

If for some weird reason you don’t want to stay up for that long to marathon the MCU, then just do it simultaneously. Simply get 28 screens, boot up all the movies on different Amazon, Netflix, and Disney+ accounts, and go. (This one may require friends.)

Might be time for the MCU movie marathon. pic.twitter.com/qYzQ5vkbzA

If you want an approach that might not make you swear off the Marvel universe for good, you could watch a film a night for 28 days straight or two a night for two weeks. This may also make you detest the entire MCU.

For the least painful approach, watch two Marvel movies a weekend for seven weeks. Or, double it and knock them out in less than a month.

We can’t promise the outcome of this will be positive either, but you can add another layer to the marathon by turning it into a drinking game. Whether you take a sip of White Claw every time Tony Stark eats or someone does a three-point landing, the choice is yours.

Go see an arthouse film and tell everyone you’re too good for the MCU. We’re sure there’s a new Wes Anderson film coming out any day now.

Latest posts by Ashley Hubbard (see all)
As an Amazon Associate we earn from qualifying purchases. This post may contain affiliate links from Amazon and other sites that we collect a share of sales from.
671 shares