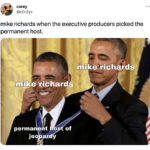 For 36 years, Alex Trebek was the iconic host of Jeopardy. After Trebek passed in November, Levar Burton became the fan favorite to be the next Jeopardy host.

The former Reading Rainbow host guest hosted last week, and then, news came out today in Variety that Executive Producer Mike Richards is in negotiations to be the next host. Who?

Not Ken Jennings, not Mayim Bialik, not Levar Burton. Not even Katie Couric!

1. At least he understands the format.

This guy might be the perfect pick because he's already got everyone responding "Who is Mike Richards?" https://t.co/qcDyGWtWiZ 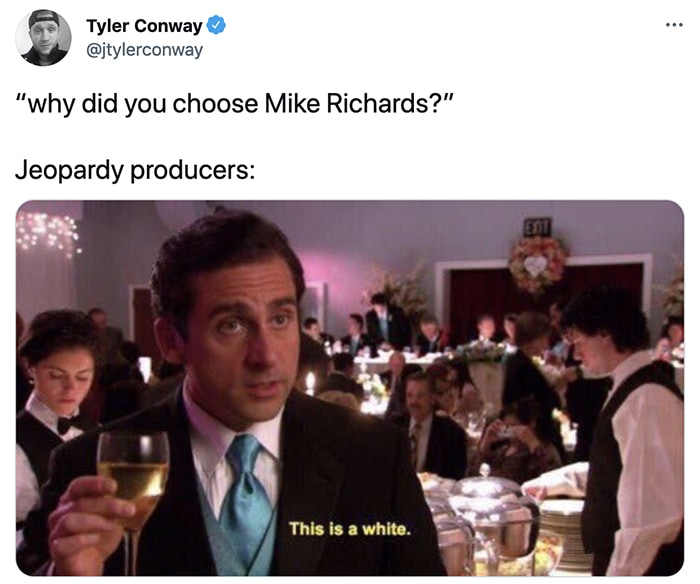 Everyone: We want lavar burton or mayim or even aaron rodgers to host jeopardy

TFW you hear Jeopardy is in negotiations to make Mike Richards the permanent host and NOT LeVar Burton. pic.twitter.com/Mj0XXxHOXK

5. We know this because we watched Reading Rainbow. 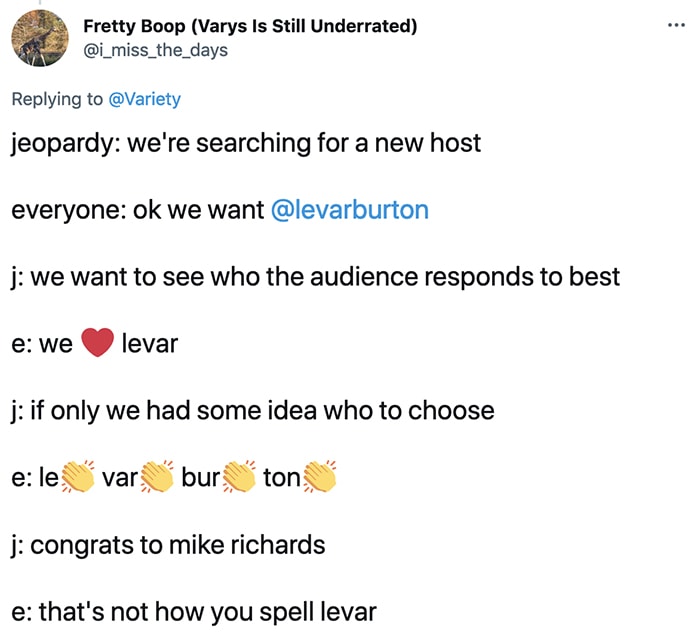 6. Hold up, there are two Barack Obamas? 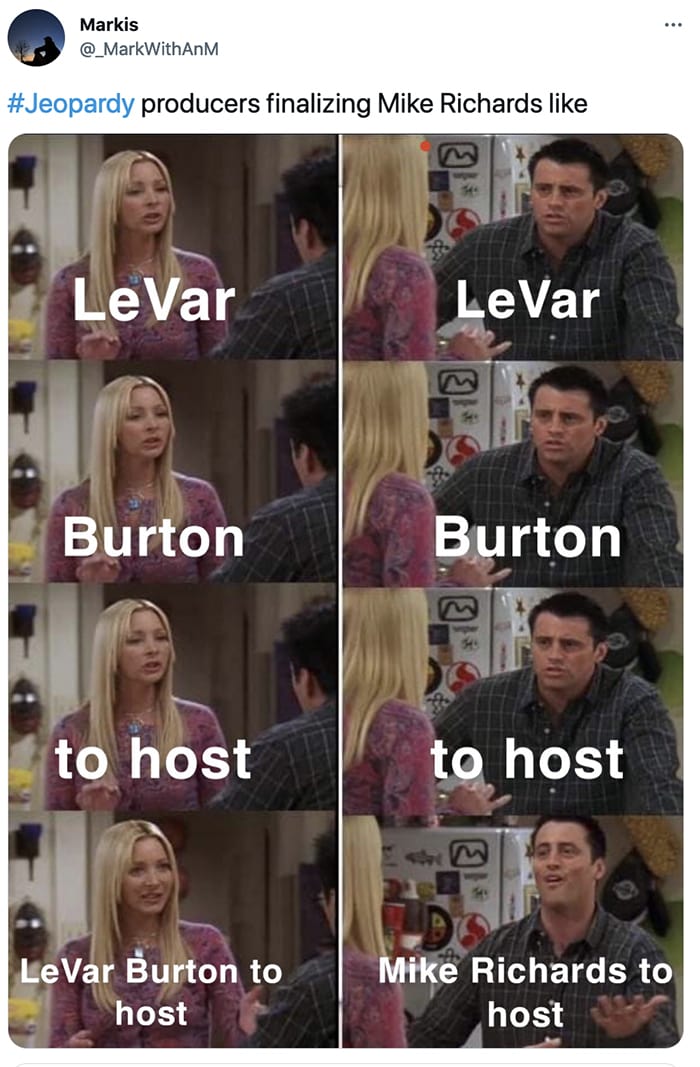 The Dick Cheney approach: We searched high and low and it was ME all along! https://t.co/5Jj7PW7gl4

Mike Richards looks like he was manufactured in a factory where they make generic game show hosts https://t.co/w8KnF8E9Tm

What we would accept: Ken Jennings hosts Jeopardy.

What we got: Mike Richards hosts Jeopardy. pic.twitter.com/U14KXPCGQd

12. You know it’s bad when even Big Brother feels the need to speak up.

I know this is a BB account, but Mike Richards, really??? #Jeopardy pic.twitter.com/0bH2YdpMiR

13. At this point, Jennings seems… not the worst. 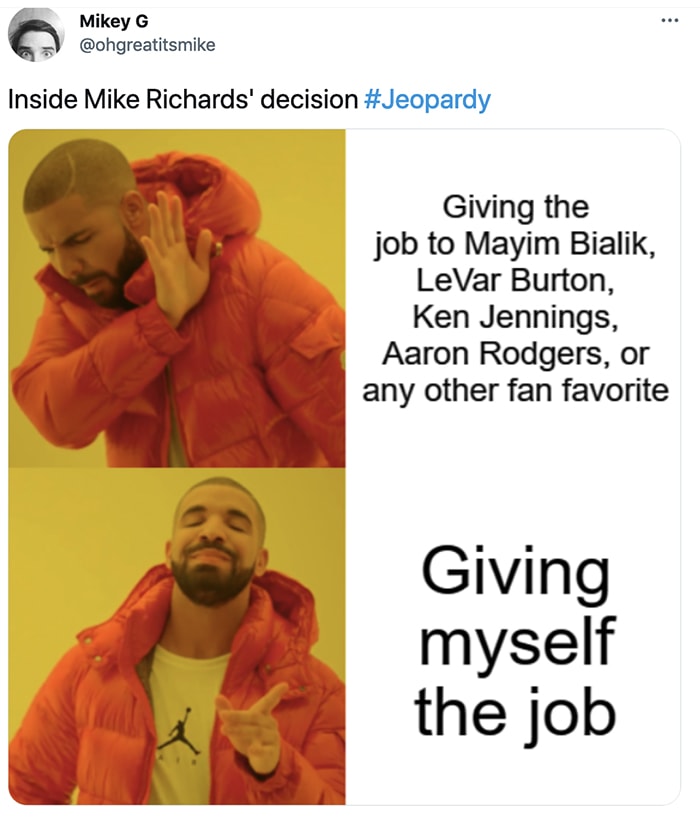 15. NHL fans everywhere are very confused. America is equally confused that there are NHL fans.

LITERALLY I was like former flyers that got arrested for drug possession Mike Richards? That feels random

Latest posts by Rebecca Swanner (see all)
As an Amazon Associate we earn from qualifying purchases. This post may contain affiliate links from Amazon and other sites that we collect a share of sales from.
503 shares