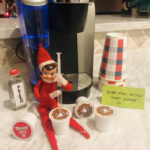 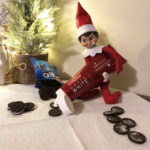 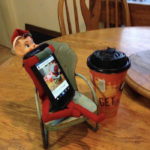 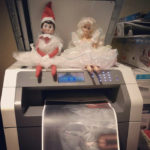 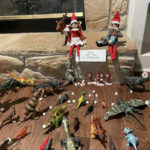 Ah, holiday traditions. If one of yours involves the cheery Elf On The Shelf, we’ve rounded up a few ideas that will make it way more fun for you. Ours includes putting a DVD of Will Ferrell’s Elf on the mantel and seeing how long it takes someone to tell us Blu-Ray was better.

The conceit is that he or she is meant to keep kids on their best behavior during Christmas because it’s Santa’s eyes and ears. And you thought having an FBI guy living in your computer was bad.

Some people like to pose their elves doing cute things like riding reindeer or playing games. But, let’s be real. When the kids go to bed, this bored-to-tears elf gets into some trouble of it own. So, here’s a bunch of naughty Elf on the Shelf ideas to keep you entertained this holiday season. 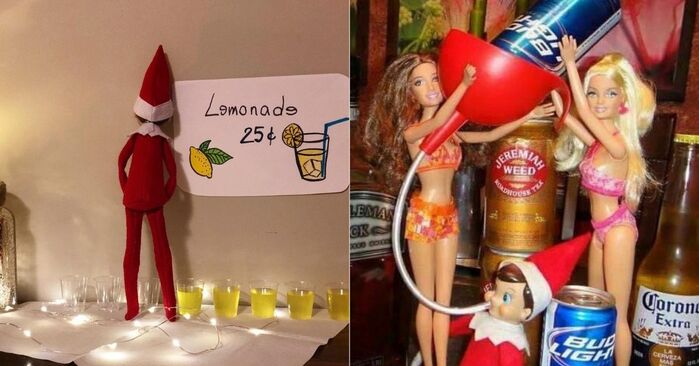 Naughty Elf on the Shelf Ideas

Santa’s had this minty Oreo surprise coming for a long time. That’s what happens when you don’t pay your elves a living wage!

We’re sure he was just trying to get the party started early… right, Mr. Elf?

He knows you’re not supposed to feed the velociraptors. Especially after midnight.

We’ve all been there. Just keep alternating the coffee and the coconut water, my friend.

Who used up all the printer paper copying their butt? And, don’t play coy with us, Barbie.

Warning: this may give your cousin some questionable ideas once the entrepreneurial bug hits this summer.

He said he would blackmail you if you turned him in, so you better hope he doesn’t have any connections on the inside.

And he left the seat up.

We’re sending this one straight to HR.

This is so inappropriate. Seriously, where are everyone’s helmets?

That’s a really nice snowman you built there. It would be a shame…if someone….ruined all your hard work.

He saw those Barbies that you bought for your niece and charmed them right out of the box. Phrasing?

If anyone tells you that you’re too old to take shots of jingle juice at the family holiday party, just blame this guy.

You knew the elves were a little tight knit for coworkers, but you never expected a cult in your apartment. At least not this week.

A post shared by Emo The Anarchist Elf 😈 (@emotheelf)

Anyone caught playing “Wonderwall” on an acoustic guitar will be immediately added to the naughty list.

Santa sent this elf out for more wrapping paper but he spent all the money at the strip club. He says newspaper will do just fine as wrapping paper.

Mom loves him because he told her the green bean casserole was extra tasty this year.

Latest posts by Leah Mulroney (see all)
As an Amazon Associate we earn from qualifying purchases. This post may contain affiliate links from Amazon and other sites that we collect a share of sales from.
4.3K shares