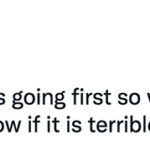 The Oscars aired Sunday night and as per usual, there was an array of stars in gorgeous dresses, impeccable suits, and Will Smith slapping Chris Rock. Up until that moment, the funniest thing was Remi Malek’s unsettling stare.

But, Smith’s swing launched Twitter into a frenzy, resulting in plenty of Oscar memes and tweets about the whole thing. 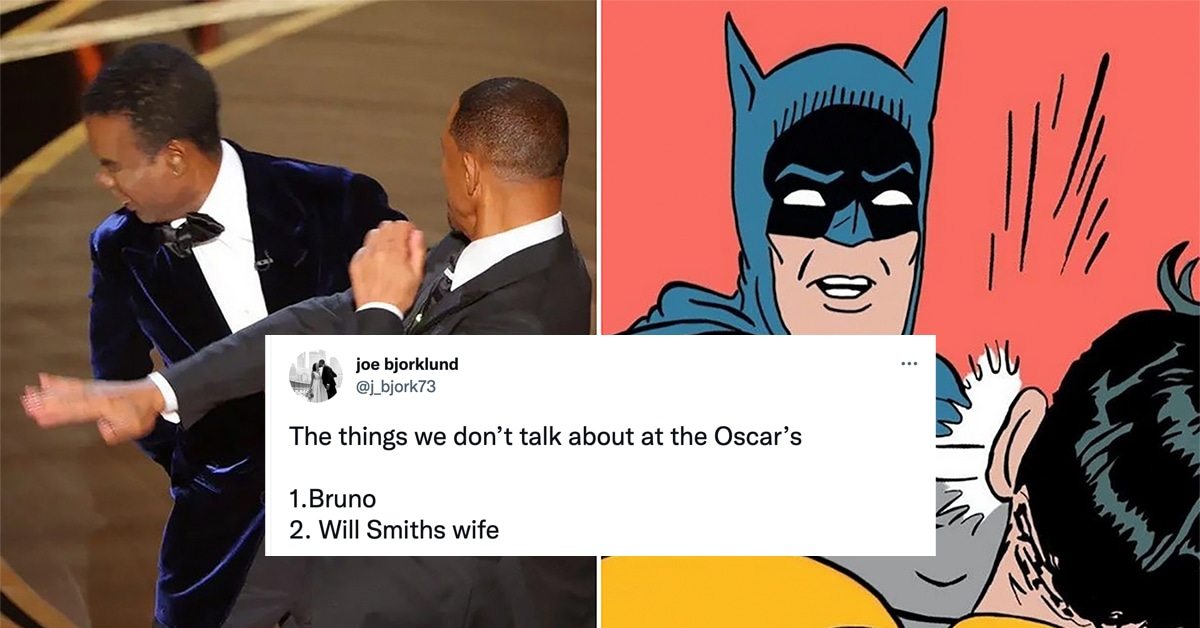 Before we jump into those, you might be wondering why did Will Smith slap Chris Rock for making a G.I. Jane 2 joke? Because, Jada Pinkett Smith is losing her hair due to alopecia and Smith was defending her. So, we’re not saying the slug was deserved, but… onto the memes!

For those who think the exchange was fake- maybe it was, but here’s the uncensored clip of Will and Chris #Oscars pic.twitter.com/HuSkEBCFX4

2. Everyone in that moment. 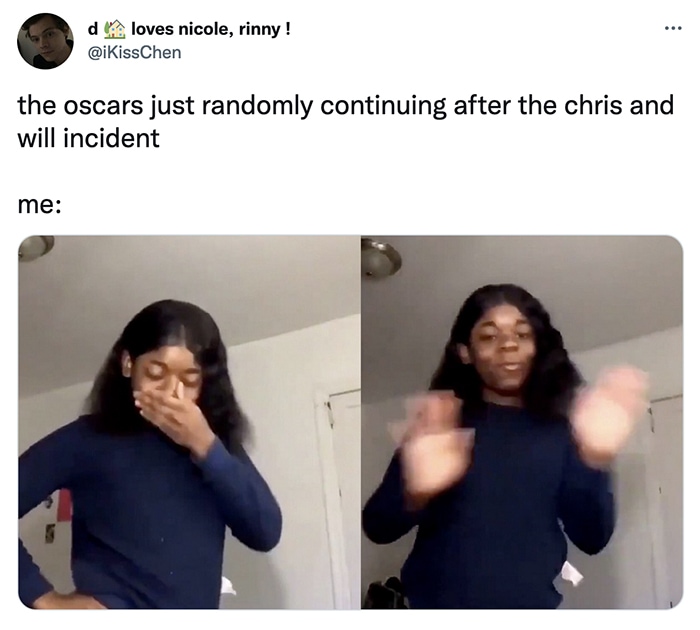 3. Chris slaps Will and wait, we’re just going to keep the presenters coming? 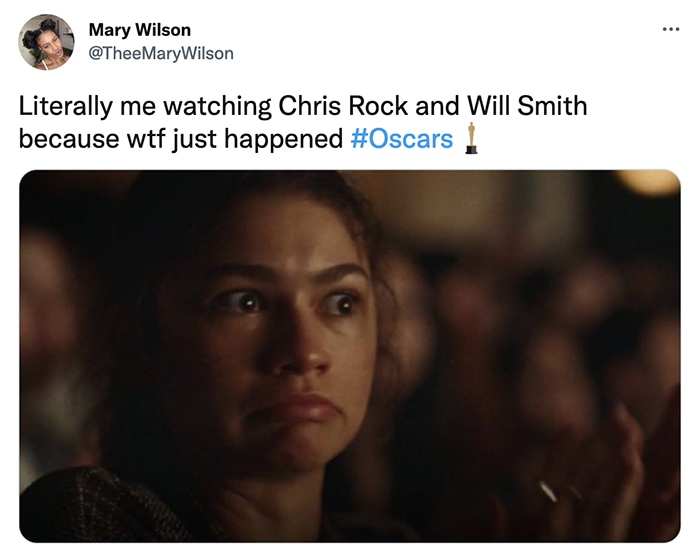 5. Troy Kotsur’s win was one of our favorite moments.

Youn Yuh-jung grabbing the Oscar from Troy Kotsur so he can sign 🥲🥲🥲#Oscars pic.twitter.com/sVMiNiafJw

6. Ariana DuBose’s win was another.

rita moreno and ariana debose. two academy award winners for anita in west side story. both their first nominations and wins. 60 years a part #Oscars pic.twitter.com/7If7BltCag

7. Fine, but can we also ask Rami for clues?

Pretty sure Rami Malek is still in character as his James Bond villain at the #Oscars pic.twitter.com/PphUtgFvBC

9. And his understudy, Timothée Chalamet.

here to terrify and arouse you, please welcome rami malek

10. Dame Judi Dench. Literally right there. Or as we like to call her, M.

That Bond thing was like the montage at the front of a DVD that you’re prevented from skipping.

They honored 60 years of James Bond tonight & he didn’t even land the best punch. #Oscars

14. Finally, they found a use for the Speed Force.

15. It’s one way to raise viewership.

16. There are rules. Apparently.

The things we don’t talk about at the Oscar’s

17. The Fresh Prince still has got it.

What a very west Philly Oscars.

andrew garfield going on twitter to see if will smith actually just socked chris rock in the mouth pic.twitter.com/rbpFk9XgPq

Will smiths publicist to the entire world. pic.twitter.com/ixRVyEvZWb

Latest posts by Rebecca Swanner (see all)
As an Amazon Associate we earn from qualifying purchases. This post may contain affiliate links from Amazon and other sites that we collect a share of sales from.
41 shares