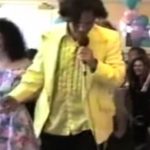 At the rate Paul Rudd is aging, he’s probably going to outlive us all. And if we’ve learned anything about getting older, it’s that each passing year brings new embarrassing moments to reflect upon at 3 in the morning. So, what awkward memories will keep Paul Rudd up at night 200 years from now? Probably his former career as a DJ.

Don’t get us wrong — simply being a DJ isn’t embarrassing. But Rudd brought so much 1992 energy to this bat mitzvah that we definitely need to talk about it. 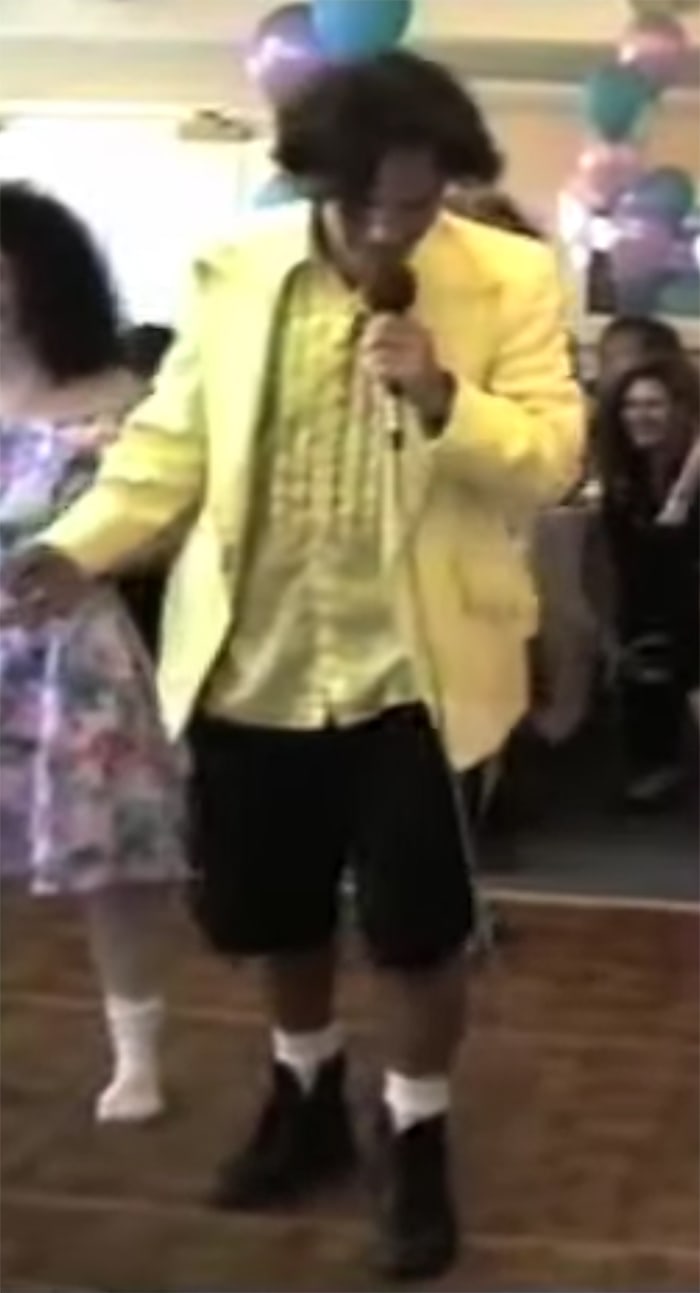 Not to be confused with the actual DJ Paul Rudd, Paul-Rudd-the-actor started his DJ side hustle at a ’50s-themed bar in Kansas City. There, they made him wear a pompadour wig because he wouldn’t cut his hair. When he moved to Hollywood, he continued to DJ weddings and bar/bat mitzvahs all over LA. It was a way to make some extra cash between acting gigs and stealing our teenage hearts.

Rudd told Howard Stern he felt like “a bit of a douche” trying to coax awkward teens out onto the dance floor. But, 18 years later, he still got a glowing review from former guest of honor Gabrielle Birkner. She says he deftly navigated the traditional toasts, candle lighting, and challah-cutting. And he did it all in a canary yellow ruffled tux and shorts.

And we know this because Birkner shared the video in an article for Forward, for which she deserves several Pulitzers. If you haven’t seen the video yet, please watch it now and be prepared to come back and discuss the following topics:

Imagine a centaur, but with the body of Harry Dunne in Dumb and Dumber and the legs of Silent Bob from Clerks, and you’re on the right track. 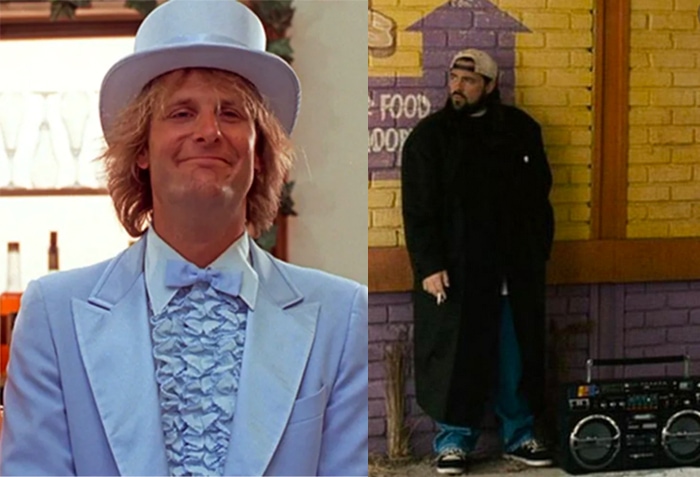 What inspired this lewk? We’ll never know, but let’s break it down and make sure we’re fully appreciating every sartorial decision he made that day.

For the top half of this ensemble, Rudd layered an oversized canary yellow dinner jacket over a coordinating frilly yellow button-down. Untucked, because this bat mitzvah wasn’t a formal affair or anything. Ahem. On the bottom, he decided to go with baggy black shorts. Because, again, he’s not some stuffy tuxedo-wearing DJ! He’s a cool DJ! For the coup de grace, he added white socks and… black high-tops? Booties? We can’t quite tell. But of course, otherwise, he looks nearly the same as he does today.

You might expect to hear a killer mashup of Nirvana, Boyz II Men, and En Vogue at this bat mitzvah — it was 1992, after all. And we get most of our music recommendations these days from our 13-year-old cousin, so… shouldn’t a bat mitzvah basically be the SXSW of parties?

No. Apparently not. Rudd made the bold decision to stick with classic wedding jams like Elvis Presley’s “Hound Dog” and the only Benny Goodman song anyone knows.

Paul Rudd’s enthusiasm level usually ranks up there with golden retrievers. And we know he knows some moves.

So Rudd’s subdued attitude at the beginning of the video felt way off  brand. His hype-man approach could best be summed up as “Let’s get wild, or don’t, whatever.”

But we’ll give him points for helping Birkner cheat at Limbo. Because, unlike calculus, that’s one skill she’d never need later in life anyway. And for blowing out the lion’s share of the candles, which wouldn’t go over well at a birthday party or anytime after March 2020, but everyone here seemed cool with it.

In summary? Questionable fashion and music choices aside, we’d totally let Paul Rudd (the actor) DJ our next party. But only if he promises to tuck in his ruffled shirt.

Latest posts by Rebecca Swanner (see all)
As an Amazon Associate we earn from qualifying purchases. This post may contain affiliate links from Amazon and other sites that we collect a share of sales from.
144 shares