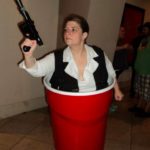 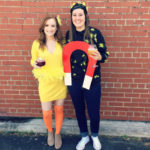 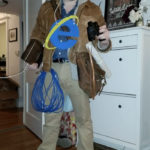 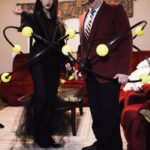 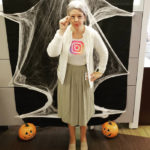 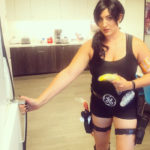 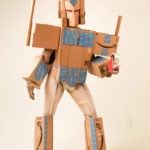 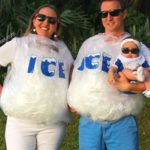 And if “above and beyond” just inspired you to create a costume featuring redundancies, our work is done here!

1. The cereal killer costume is a classic. It’s also the best excuse we’ve had to eat an entire family pack’s worth of cereal since the camping tragedy of ‘15. (Someone forgot the hot dogs!)

2. Autoboxes, transform and roll out! The tape gun literally seals the deal on this Optimus (Amazon) Prime costume.

3. Put on all your green clothing, a green wig, grab a guitar, and step into the limelight. As much as we love this pun, no reminder of Smash Mouth should go unpunished, so we salted her kale garden.

4. For this Insta-”gram” costume, head to the thrift store and grab the most grandma-looking dress, dye your hair silver or get a wig, and print out an Instagram logo. Yes, we know you don’t own a printer — no one promised this would be easy.

5. Looking for a one-night stand? Cut out a head-sized hole in a piece of cardboard, cover it with a tablecloth, and glue all your nightstand essentials on top. Wait, something seems to be missing.

6. Forget the Cleavers, the Atoms Family has been leading the way in family bonding since the 60s.

7. What do you get when you combine several heavy metals together? Toxicity. And a band, periodically.

9. Edgar Allen Ho is the sexy pun costume idea you didn’t know you needed for getting someone rapping at your chamber door later. And yes, we mean that kind of rapping — or we would’ve said “knocking” like a normal person.

10. This genius Cousin Itt-inspired costume is slightly easier to pull off than our A Million Little Things costume. Who knew severed hands cost so much, even in bulk?!

13. If you’re feeling the travel bug but can’t leave your neighborhood, don some wings, a camera, grab a piece of luggage, and glue some antennae to a hat. If the bug you’re feeling is really the stomach bug, stop eating solid foods for a few hours.

14. Ready to do some catfishing? Wear cat ears and a tail, throw on some mermaid leggings, and create a fake dating profile. Oh, and you could do this as a Halloween costume, too!

15. Hawaiian Punch and Dr. Pepper. Or if they get switched, Hawaiian Pepper, and Dr. Punch. New recipe? We think so!

16. Han Solo: But when you’re a little too excited for the beer pong tournament.

17. We would make a joke about how universal healthcare is a complete fantasy, but we just spent $40K for surgery to remove our funny bone. (It was a long overdue procedure to fix rickets.)

18. The NBA season was pretty weird this year, owing to the measures the league took to ensure social distancing. Also, here are some costumes!

21. Is there a difference between Internet Explorer and Microsoft Edge? No, really, we’re wondering.

22. Individually they’re two OK parents. But as a team they make one complete sex toy.

Mom and Dad before their Halloween party. He's a dill pickle. She's a female deer. Together they're a "dill-doe." And also my heroes. pic.twitter.com/4BMqGU5eNu

23. How do you feel about PDA? What about PDB (public displays of bread)?

24. They’ll tell you what they’ve done with “Ice Ice Baby” is different from Bowie’s version, but we’re not convinced.

25. Want a understated costume that requires no effort besides pushing a button? Here it is! 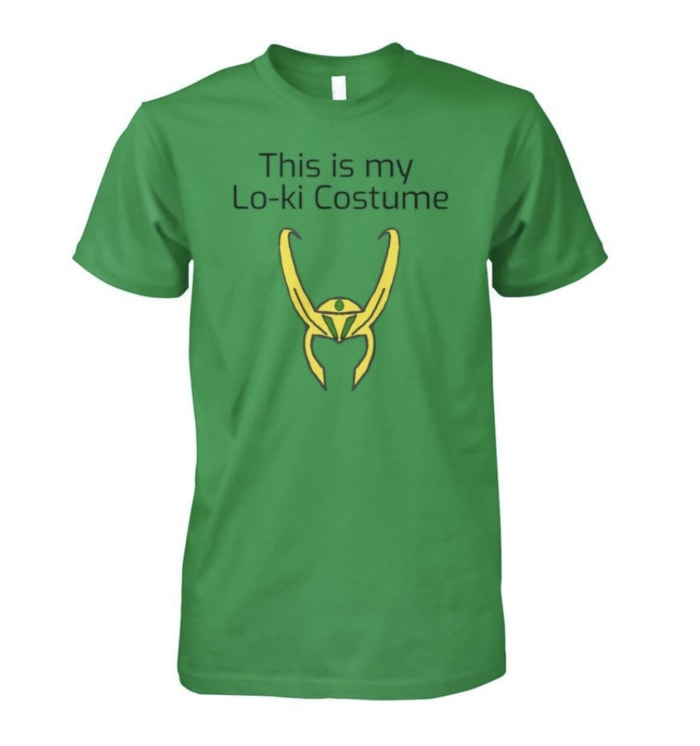 Available on Etsy. (Mention Let’s Eat Cake for a 10% discount!)

Latest posts by Ashley Hubbard (see all)
As an Amazon Associate we earn from qualifying purchases. This post may contain affiliate links from Amazon and other sites that we collect a share of sales from.
313 shares