In case you weren’t sure if crypto had jumped the shark (or Shiba) yet, then reading the crypto community’s tweets about Stoner Cats, the first NFT TV show, will convince you it definitely has.

We’re all about side hustles, but if Buterin is working on this instead of ETH 2.0 we have some choice words. Like: stop that. 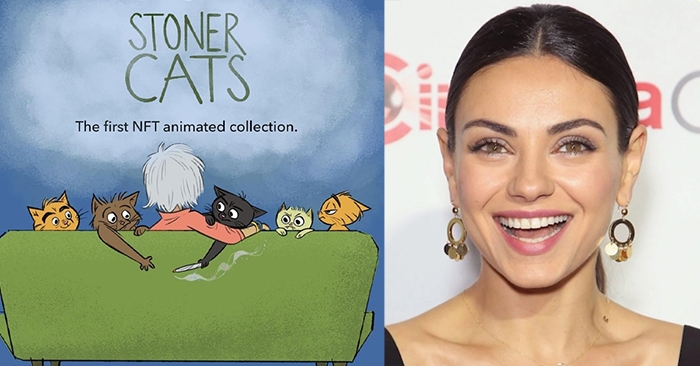 An NFT TV Show? WTF Is That?

Without going too far into the cryptoweeds, an NFT is a “non-fungible token” that lives on the blockchain. If you didn’t understand half of those words, then you fit in just fine with most of the world.

An NFT is like a macaroni necklace you made for your mom in first grade. She can keep it or regift it (um, rude), but there’s only one just like it.

Some NFTs come in one-offs like your pasta necklace, and some come in limited runs, like baseball cards. Where is our Charizard, anyway?

So even though we all say we’re not/not sure about minting StonerCats, we are all going to FOMO into it at the last minute, right?

Stoner Cats is the first TV show to use the blockchain for distribution. It was produced by Mila Kunis and the technology was developed by Mack Flavelle who previously worked on blockchain projects like NBA Top Shot and Cryptokitties.

Kunis’s Orchard Farm Productions have announced six 5 to 7-minute episodes so far, and to access each, you need to purchase a “Stoner Cats TOKEn” NFT. If you can get one before Seth Rogen buys them all.

How Do I Watch Stoner Cats?

If you purchased one of the Stoner Cats, you’ll be able to watch the show via the website as long as your wallet holding the NFT is connected to the site. And as long as you’re properly stocked on snacks. 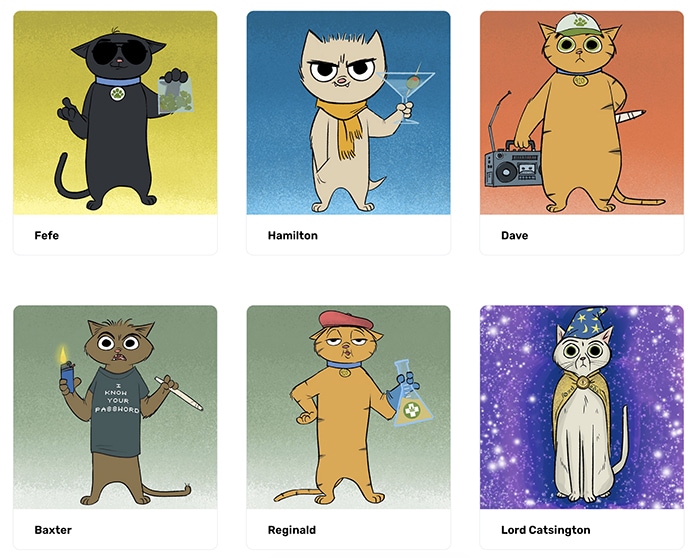 The initial drop of 13,420 TOKEns happens here at 2pm July 26th and each features one of the show’s feline characters such as Baxter (Kutcher), Lord Catsington (Buterin), and Hamilton (Rock). Prices start at .35 ETH (at press time, this was $836).

If that seems like a lot to watch an animated series, it is. But buying an NFT will also give you access to exclusive content from the animation team and access to any future content Orchard Farm Production releases. Unfortunately, that doesn’t also include Mila hand-delivering freshly rolled blunts.

Update: The Stoner Cats NFT TOKEns sold out in 40 minutes and raised $8 million for future episodes. They’re now being traded on OpenSea.

Latest posts by Rebecca Swanner (see all)
As an Amazon Associate we earn from qualifying purchases. This post may contain affiliate links from Amazon and other sites that we collect a share of sales from.
251 shares