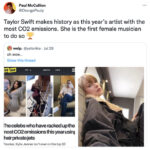 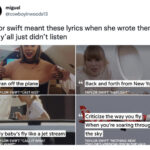 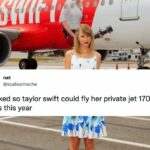 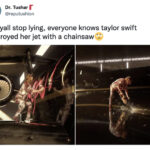 Last week, a report on the “Celebs with the Worst Private Jet Co2 Emissions ” from sustainability marketing firm the Yard revealed that none other than Taylor Swift was the worst offender.

As Swift’s management swooped in to do damage control, everyone else took to Twitter to write some choice tweets and memes roasting her for her not-so-friendly climate practices.

According to the report, which gathered the bulk of their data from @CelebJets, a Twitter account that tracks the movement of celebrity jets, Swift’s “average flight time is just 80 minutes and an average of 139.36 miles per flight. Her total flight emissions for the year come in at 8,293.54 tonnes, or 1,184.8 times more than the average person’s total annual emissions.” 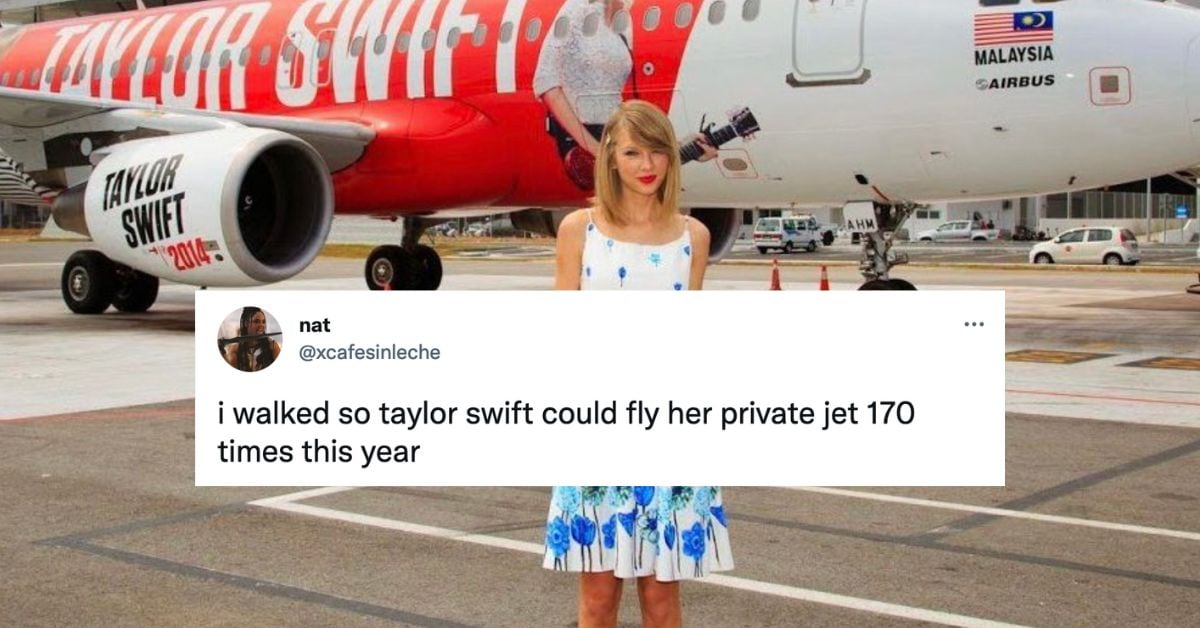 According to what Swift’s management told E! News, “Taylor’s jet is loaned out regularly to other individuals. To attribute most or all of these trips to her is blatantly incorrect.”

Either way, it’s still not climate friendly in the least. So, here’s the best tweets and memes about Taylor and her private jet.

1. Hot girl walks are so earlier this summer.

video of taylor swift going to get a glass of water pic.twitter.com/YctZlW1IlQ

2. To be fair, she does live in a very large house.

taylor swift going to her living room from her bedroom pic.twitter.com/er2llGRj8n 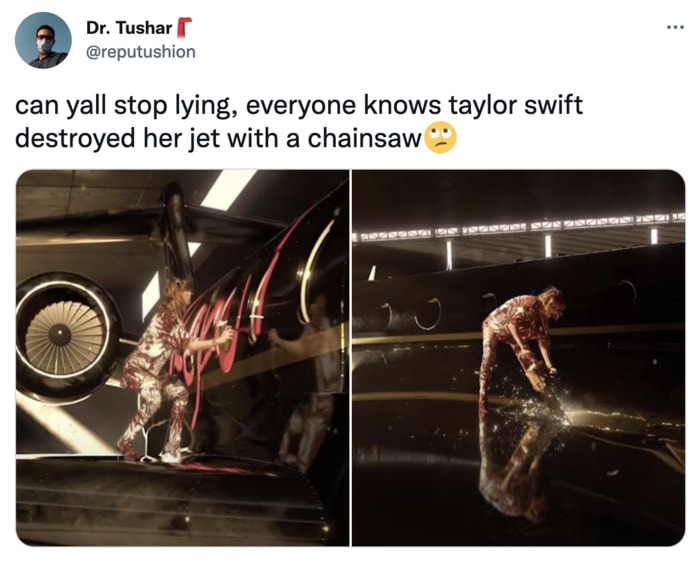 7. Did a volcano write this?

taylor swift meant these lyrics when she wrote them and y’all just didn’t listen pic.twitter.com/8FhaTgCQsK

9. What it was an electric one? Could you imagine?

taylor swift after being forced to travel in a car instead of her private jet : pic.twitter.com/fgSEtbNb9T

taylor swift drying her hair because her hair dryer brokepic.twitter.com/vRWvPm3mqo

taylor swift on her way to spread salt in the air to kickstart the month of august pic.twitter.com/uIA3v86Fz2

Taylor Swift makes history as this year’s artist with the most CO2 emissions. She is the first female musician to do so 🏆 https://t.co/gJrdWXwkKU

15. She heard their Halloween stuff is out.

Taylor Swift when she gets asked to go on a target run pic.twitter.com/UqcppcPlVo

Latest posts by Rebecca Swanner (see all)
As an Amazon Associate we earn from qualifying purchases. This post may contain affiliate links from Amazon and other sites that we collect a share of sales from.
104 shares