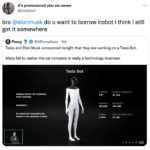 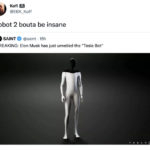 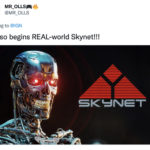 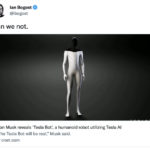 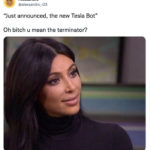 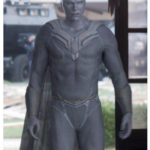 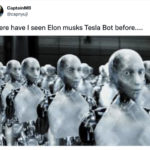 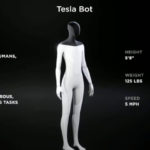 If the fact that Elon Musk played Wario in his SNL special, has been threatened by Anonymous, and seems to enjoy “tinkering with” the crypto markets isn’t enough to convince you that he might be a super villain, maybe the Tesla Bot straight out of iRobot will do it?

If not, maybe the tweets and memes responding to the announcement will. 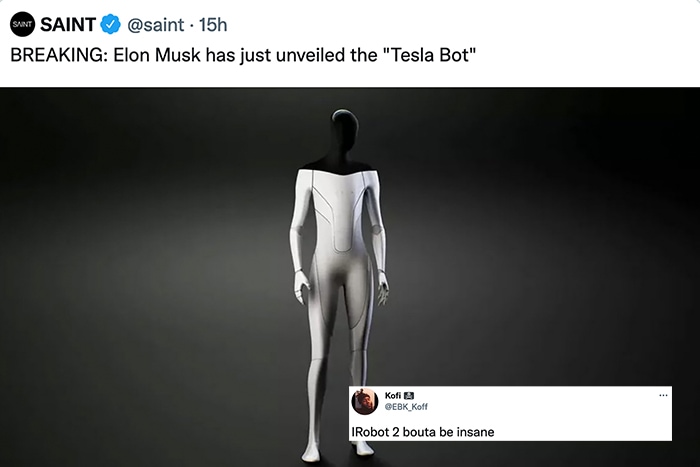 What Is the Tesla Bot?

We’re so glad you asked. On August 19, at Tesla AI Day, Musk unveiled the Tesla Bot, a humanoid robot built on the AI Tesla developed for self-driving cars. As CNET reported, “It’s intended to be friendly,” Musk joked, “and navigate through a world built for humans.” In the presentation Musk explained that “it’s set so you can run away from it and, most likely, overpower it.”

To do that and help eliminate “dangerous, repetitive, boring tasks,” the robot is 5’8″, weighs 125 and will happily shovel your driveway with its human-level hands when the prototype debuts next year. 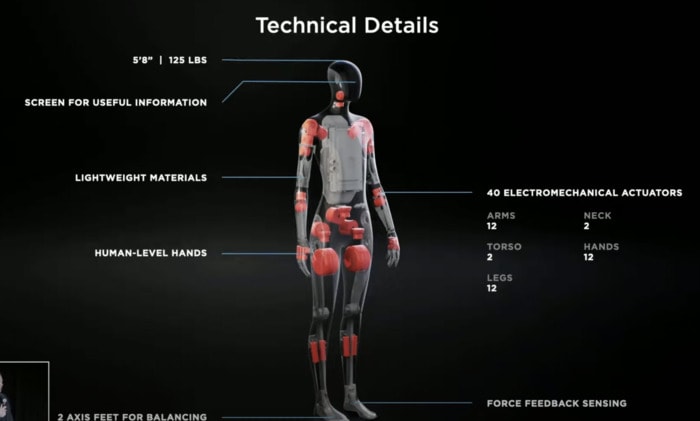 What about the collective concern about robots taking over the planet? “We should be worried about AI,” Musk reiterated during a question and answer session after the presentation. “What we’re trying to do here at Tesla is make useful AI that people love and is … unequivocally good.”
Oh, yeah, this won’t go horribly horribly wrong.

Me seeing the first Tesla Bot in public #TeslaAIDay pic.twitter.com/OVUaUMKFfW 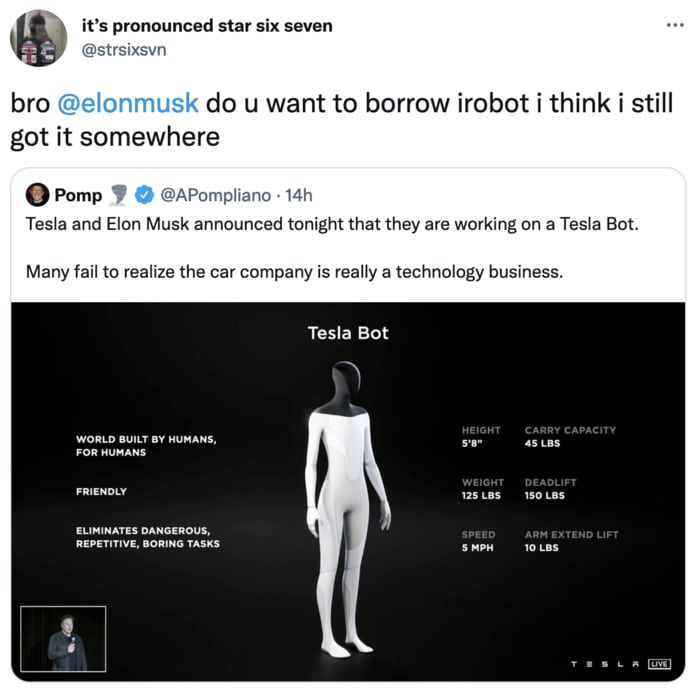 3. If its dancing skills are any indication of how well it listens, we’re all in trouble.

Lmao this is how he made his announcement? pic.twitter.com/6Ktybjyeav 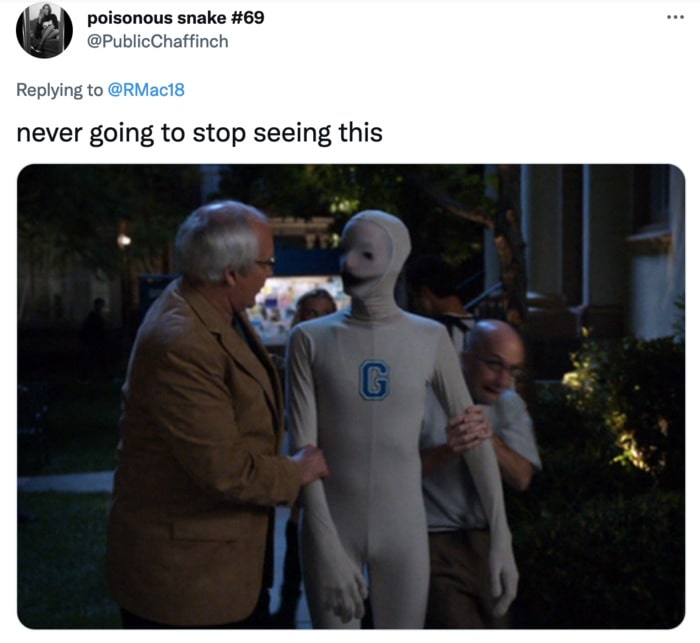 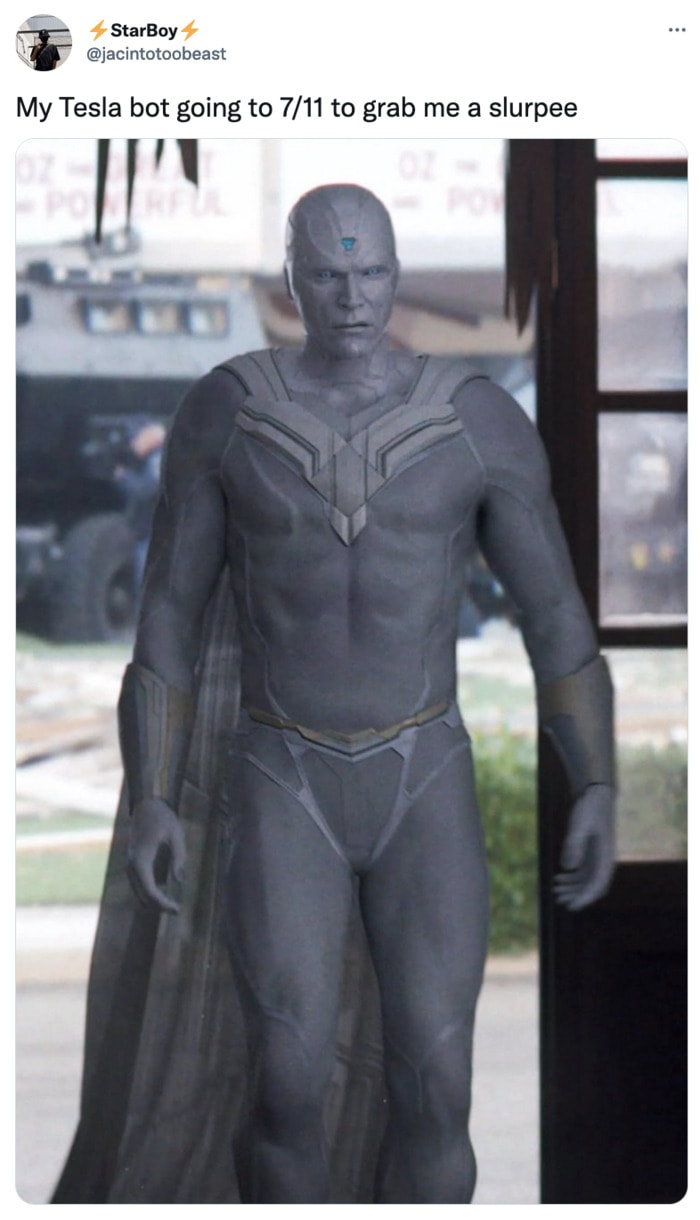 When my Tesla Bot connects automatically to my girlfriends wifi pic.twitter.com/loNthCqkVN

7. Is this why Will Smith has been working out? 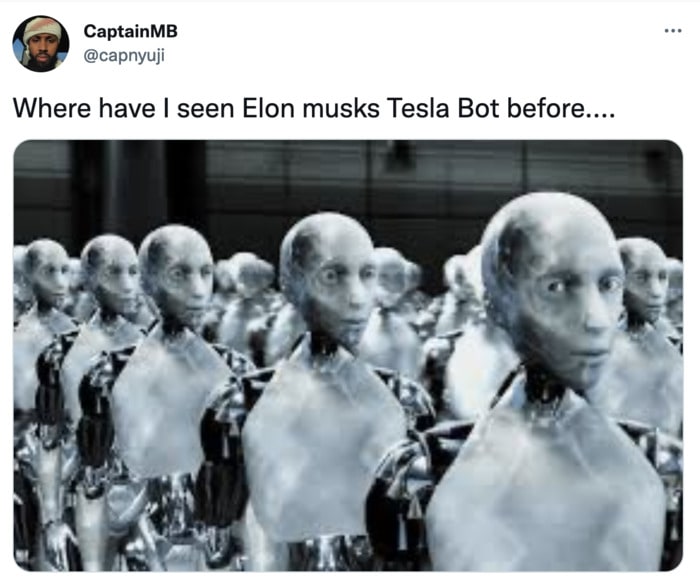 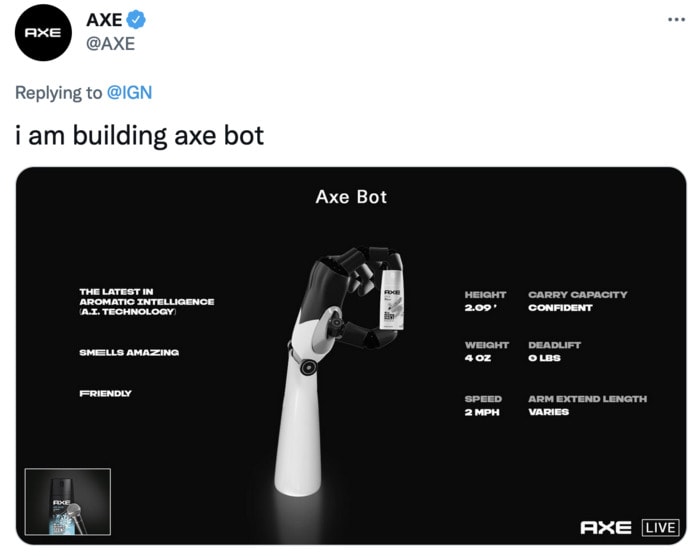 Me trying to figure out how to teach my Tesla Bot to twerk pic.twitter.com/1zMTwa3gQs

10. Great, the guy developing rockets and mind controlled devices is releasing a robot. What’s next, sharks with lasers? 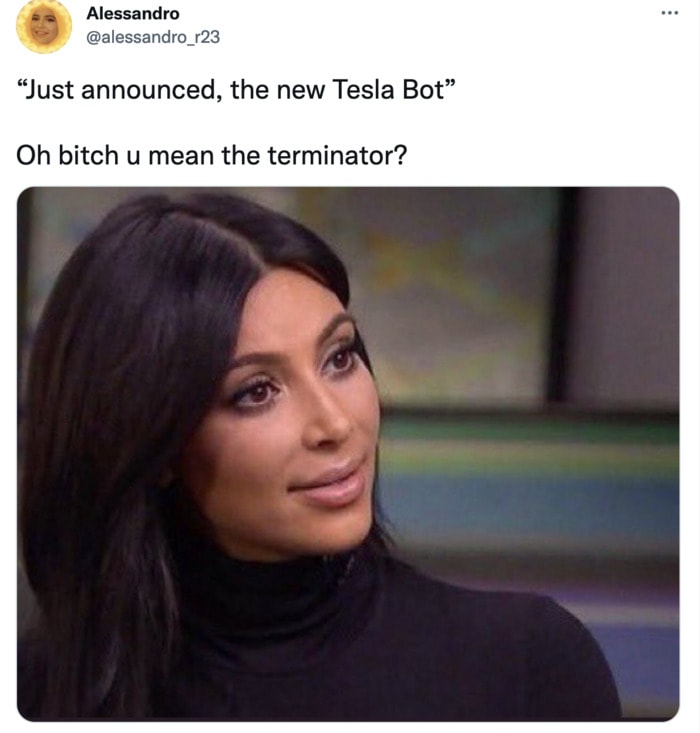 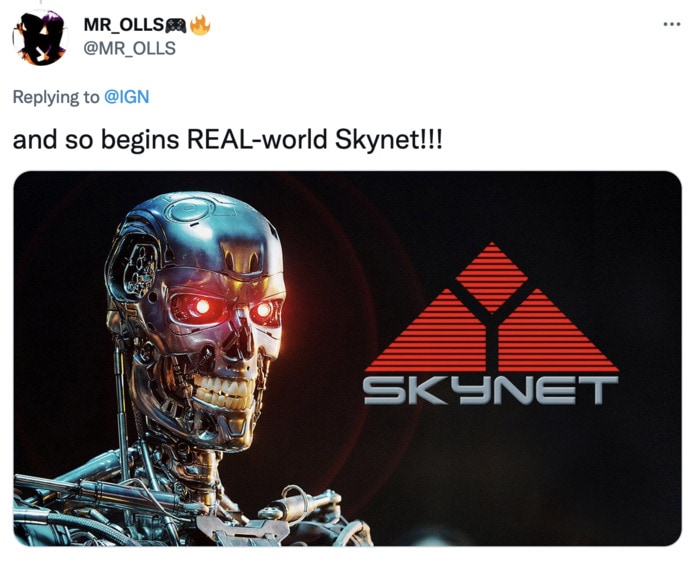 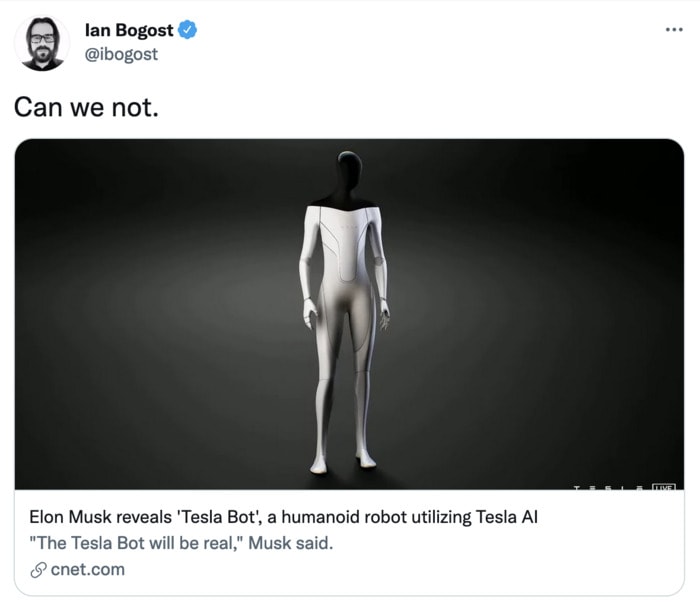 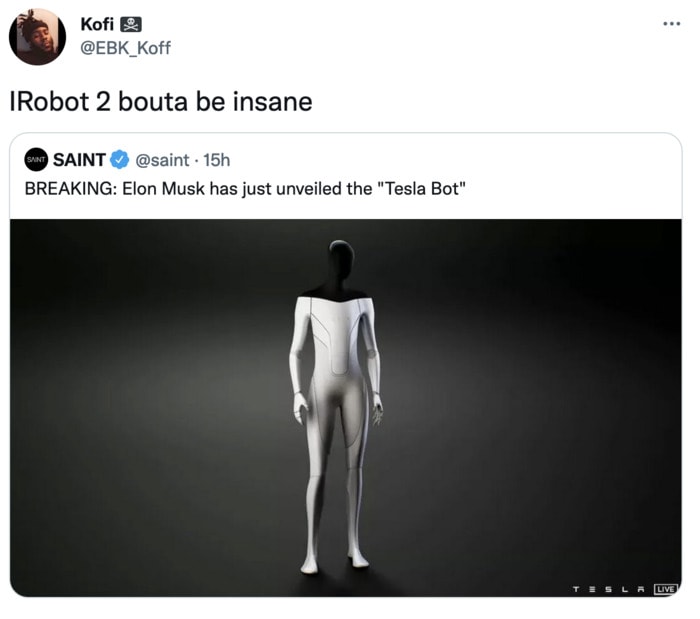 Latest posts by Rebecca Swanner (see all)
As an Amazon Associate we earn from qualifying purchases. This post may contain affiliate links from Amazon and other sites that we collect a share of sales from.
235 shares