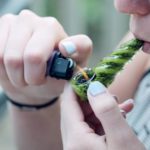 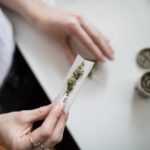 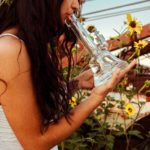 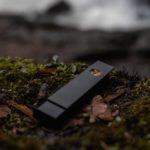 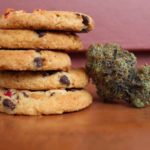 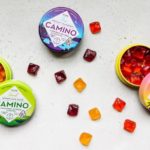 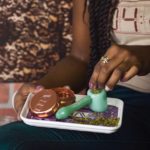 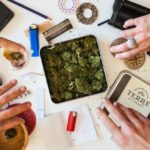 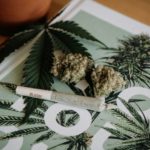 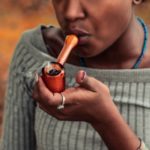 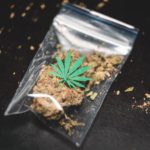 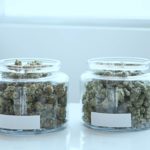 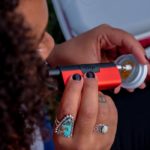 Now that 47 states have legalized marijuana in some form, you may be thinking that now is the time to try weed, perhaps for the first time. After all, there are so many ways to use marijuana. From smoking it to enjoying edibles, there’s a whole range of possibilities.

And what are we supposed to do, just say no? Clearly D.A.R.E had some of their facts wrong. 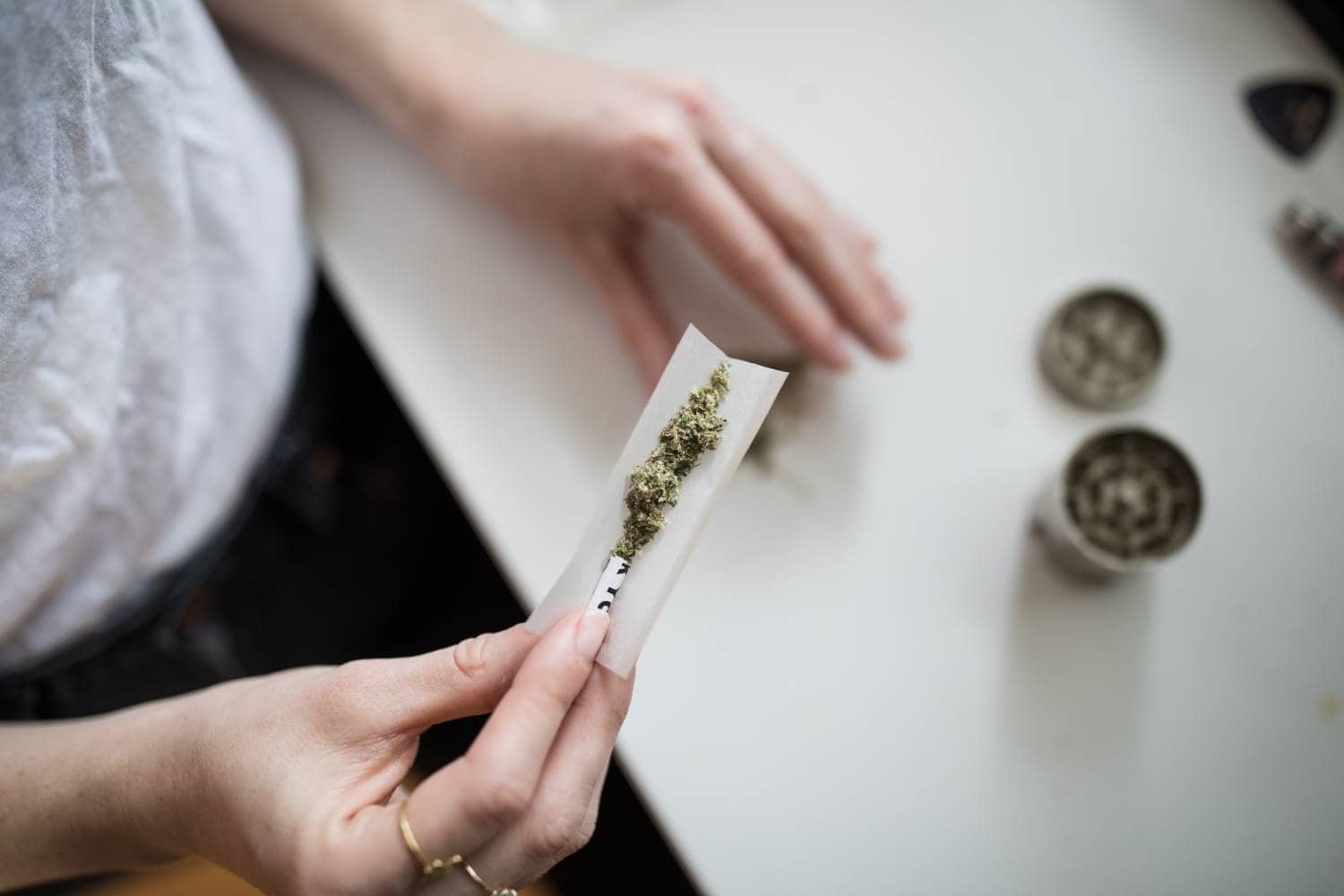 Instead of McGruff the Crime Dog, we’re here to provide you with a beginner’s guide to using marijuana. You may not be the most experienced stoner in the smoke circle, but you don’t have to be the least informed. McGruff, you can have a treat as long as you don’t tell anyone to stop getting high, ok?

When smoked or ingested, cannabis may create a feeling of euphoria, relaxation, altered sense of time, and increased appetite. When the chips start calling your name – literally – you know you’re high. 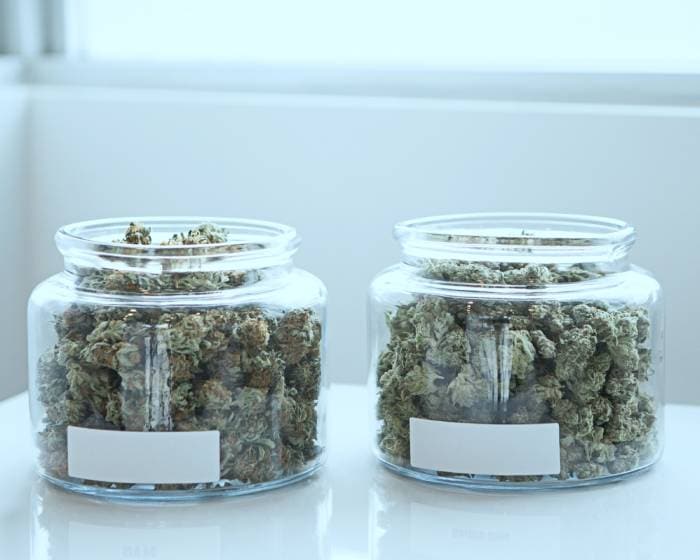 Different Ways to Use Marijuana

If you’ve imagined getting high with Snoop Dog, you’re probably thinking of smoking a joint or a blunt.

For joints, you pack the weed into rolling paper, similar to a cigarette. Blunts are generally larger than joints, and you wrap the weed with tobacco leaves instead of rolling paper.

You can buy rolling paper or tobacco leaves at your local smoke shop. Tobacco leaves contain nicotine, so stick to unbleached, unflavored rolling papers if you want to avoid any added chemicals. And if your crafting skills are stuck at a first grade level, you can buy papers that are already in cones, or tube shapes that you can easily stuff. 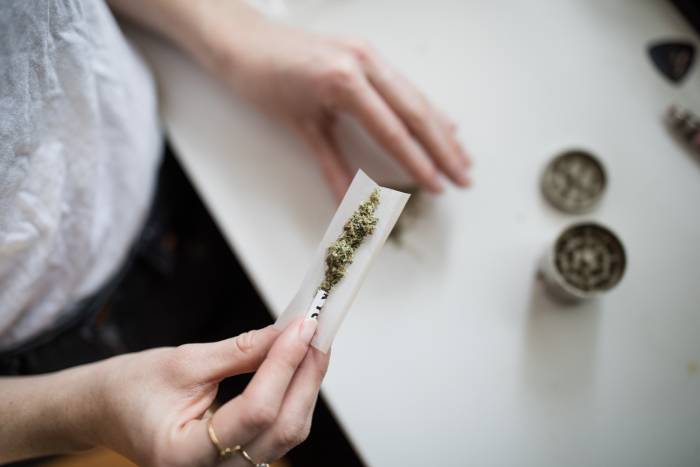 If you want to smoke without having to do any arts and crafts, try a pipe or a bowl. In these glass pieces, you light the weed in the bowl and inhale through the mouth piece. There’s usually a hole on the side that you cover with your finger while inhaling, then release to allow fresh air to come through.

Pipes are available at smoke shops and are one of the more affordable options when it comes to marijuana paraphernalia. Maybe except for an “I Am Weed” shirt. 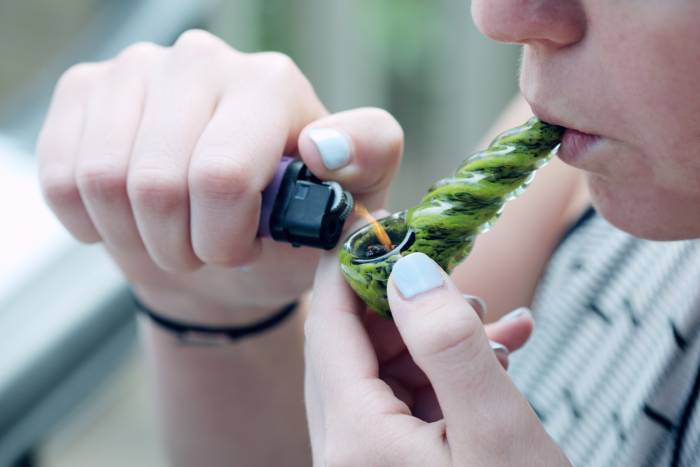 When you’re ready to invest in your smoking with a fancy new centerpiece, it may be time to buy a bong.

Bongs, or water pipes, use water to cool and filter the smoke. You put water in the bottom of the bong and load the weed into a bowl piece on the stem. When you breathe in from the longer stem with the mouth hole, you pull the smoke pulls down from the bowl. The water filters the smoke for a smoother hit.

If you thought the dry ice day was cool in Chemistry, you’ll probably love this method. Throw on an episode of Bill Nye after a few rips, and you’ll be in weed wonderland. 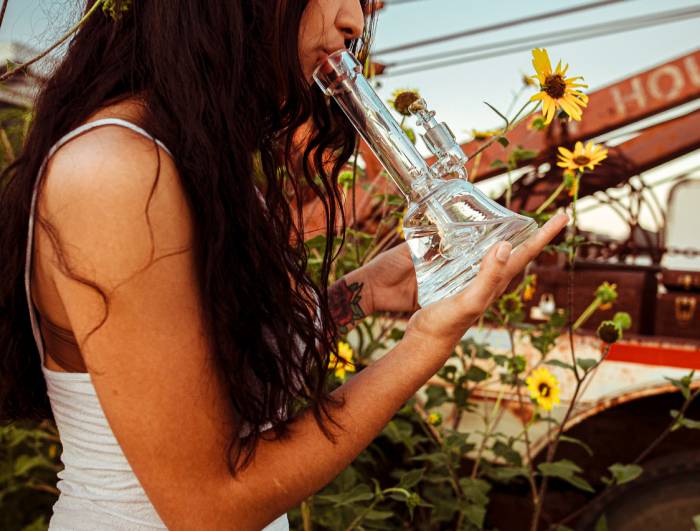 If Zenon Girl of the 21st Century ever escaped the clutches of the Disney company, she would be vaping.

A vape heats the weed flower or concentrate and converts it into a vapor instead of smoke. Although the vapor may be smoother to breathe in, it’s not proven to be any better for your lungs than smoking. 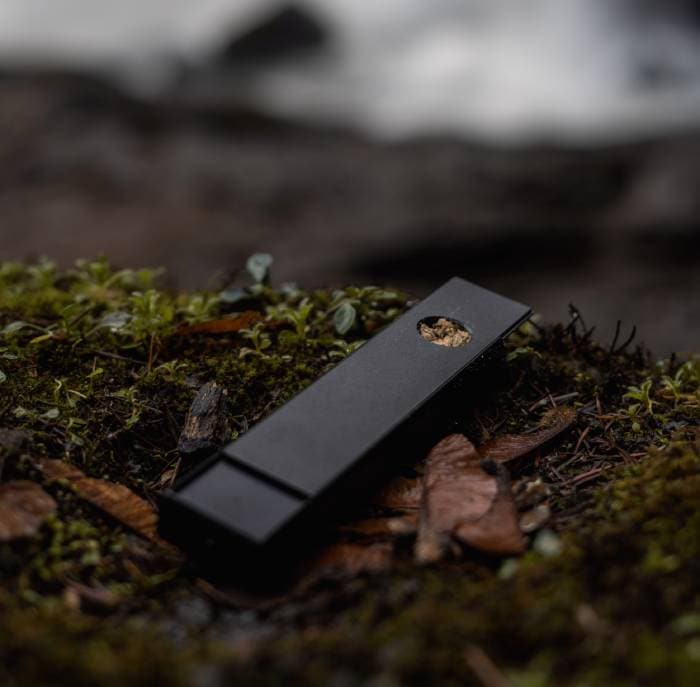 Dry herb vaporizers are the gold standard for safety and efficiency. They use the weed flower, so you don’t have to worry about what’s in the tube of science juice you bought from your brother’s friend’s boyfriend’s coworker.

These vaporizers can be portable versions that look like a big vape battery, or desktop versions that blow the vapor into a bag. They’re much more expensive than vape batteries or rolling paper, but they are more efficient than smoking. No vapor is wasted, since it’s not constantly burning like a joint. Vaping may even give you a stronger high. 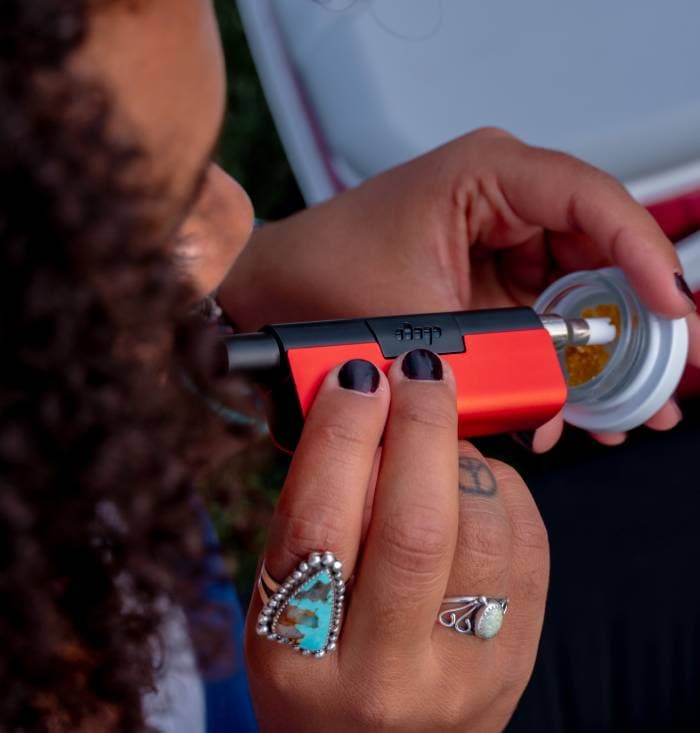 Edibles are foods that are infused with cannabis. You eat them to get high. If you were surprised by that…are you sure you didn’t already eat some?

Generally, the weed mixed into food products that are high in fat as it holds the chemicals better. Edibles also tend to be very flavorful and sugary. Marijuana is isn’t called “weed” because it tastes good.

Homemade brownies are the classic edible convoy, but now you can get all kinds of goodies at dispensaries. Chocolates, mints, gummies, baked goods…even olive oil. Who knew the Pineapple Express had gotten so fancy! 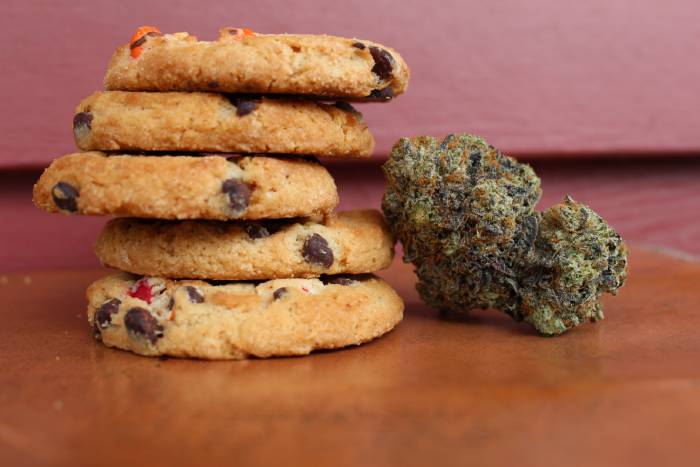 If those anti-smoking commercials with the black lungs traumatized you as much as they did us, edibles may seem like the less scary option. What could be bad about a cookie? Unless it has raisins instead of chocolate chips. The blasphemy.

However, it can be hard to find a good dose when taking edibles, because the effects don’t come on for one to two hours after ingestion. So you won’t know if you took too much until halfway through Dazed and Confused. 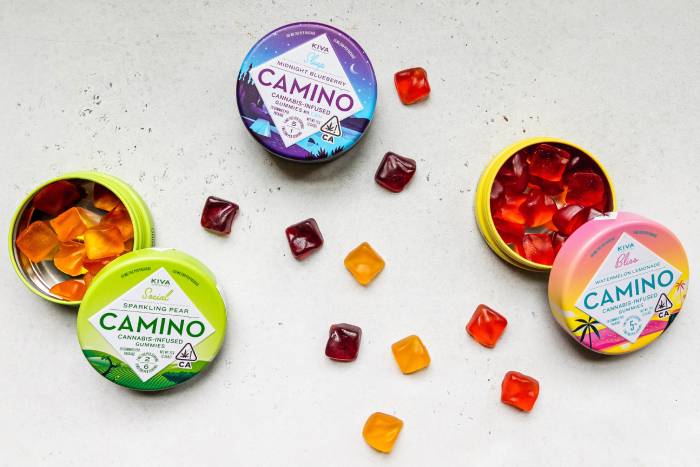 And making yourself edibles can be a tricky science. Unless you did way better in chemistry class than we did, it’s hard to make consistent doses with the recipe you found on www.weed-browneez.biz.

If you know a stoner, you probably won’t have a hard time getting someone to smoke with you. Stoners love to find new recruits for their smoke circles. Find a supportive friend who will bring knowledge and good vibes to your first attempt. And plenty of snacks. 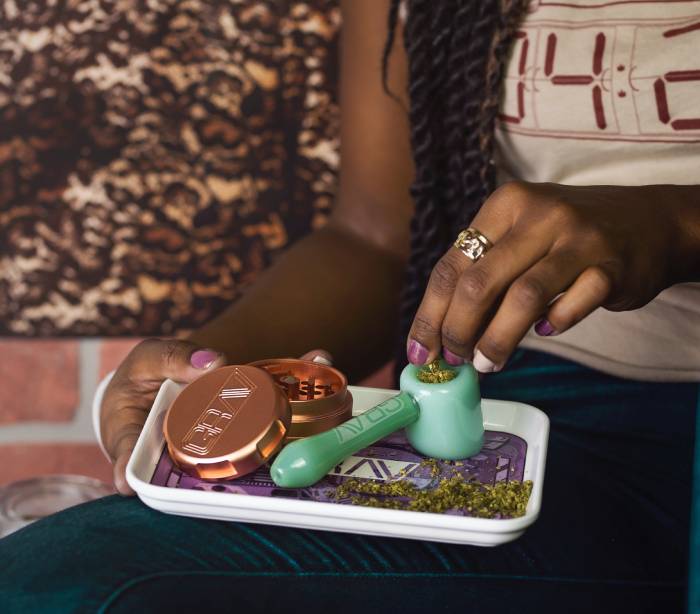 Stick to a location that’s low key and private, like your home. That way, if you’re not feeling well, you can go to bed and escape to dreamland instead of trying to find a way home. It’s illegal and dangerous to drive stoned.

If you have the option, buy your weed through a dispensary. These have to follow state guidelines for safety inspections and dosage. If you can’t buy legally, stick to flower or vape cartridges that are imported from legal states.

Most vape cartridges will have a manufacturer’s name on them, so you can Google it to see if they’re legit. Vape products on the black market can contain dangerous additives like vitamin E acetate, which caused a 2019 outbreak of lung injuries leading to 68 deaths. 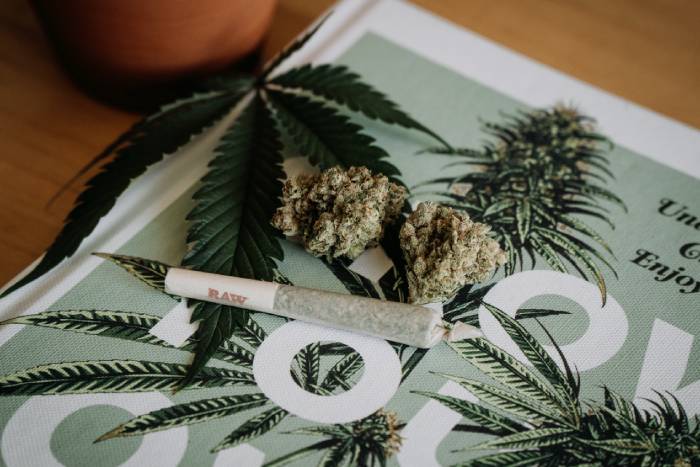 4. Choose the Best Method for You

Consider which method of using cannabis would work best for you. It’s tempting to start with edibles because they seem less scary and more delicious than smoking. But, it’s hard to figure out your dosage, and you won’t know if you were right until an hour or so later when they kick in.

If you can get access to a dry herb vaporizer, that’s a good place to start. They’re easy to use, smoother on the lungs, and easy to dose.

Regardless of your ingestion method, start low and go slow. Tolerance levels are personal and tend to go up over time, so don’t trust your stoner friend that their homemade brownie is “not that strong, bro,” or you’ll be on a trip to candy mountain.

For smoking or vaping, take a small hit and then wait a few minutes to see how you feel. Don’t suck in the smoke or vapor like you’re going to hold your breath. Keep the hits light and build up to deeper breaths.

If you’re vaping a concentrate, know that they are generally stronger than regular smoking. Skip your turn in the smoke circle once you’re feeling it. Trying to keep up with your friends with increased tolerances is a recipe to get way too high. You’ll generally feel the full effects around 30 minutes, and they can last one to three hours. 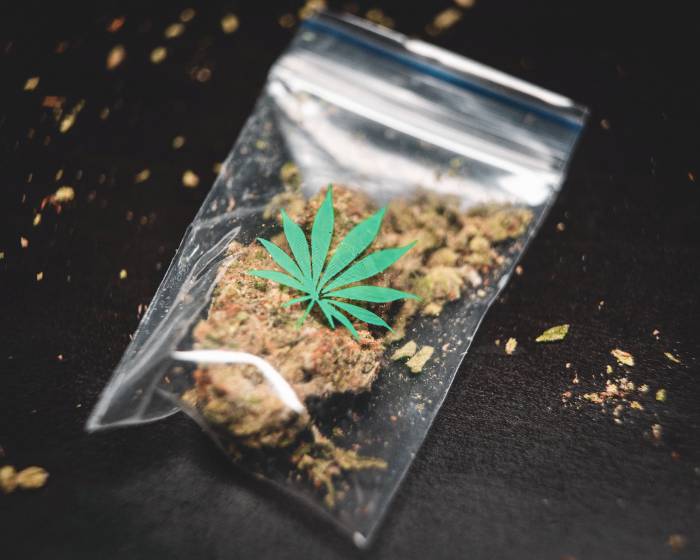 If you’re using edibles, again, start with a small dose. Dispensaries will generally sell edibles in 5mg to 10mg servings, and that’s usually a good place to start for a first timer.

If the serving size is too big, break it in half and save the other half for later. Don’t double up on doses for your first time. If you eat a second dose and then get hit with both at once, you’ll be trying to get your German Shepard to help you solve a mystery.

If you do take too much, relax, drink some water, and try to go to sleep. You won’t die from your brain frying like an egg. According to the Drug Enforcement Administration, there have never been any deaths reported from an overdose of marijuana.

“Should someone overdose on cannabis, your best bet is that they will end up falling asleep, feel extreme dizziness, or feel nauseous leading to vomiting,” says Charleen Caabay, a cannabis advisor and co-founder of The People Ecosystem.

Side Effects and Dangers to Consider

All of that said, filling your lungs with smoke isn’t good for your lungs.

Whether it’s smoking marijuana or cigarettes, smoking can cause respiratory issues like bronchitis, emphysema, and bronchial asthma.

Some people only feel high and relaxed when stoned. Others experience paranoia. Most people experience heightened senses, distorted sense of time, bad motor skills, lower inhibition, and increased appetite. You shouldn’t drive while high, so get your White Castle sliders before the munchies hit. Or pay an extra $20 to have them delivered. 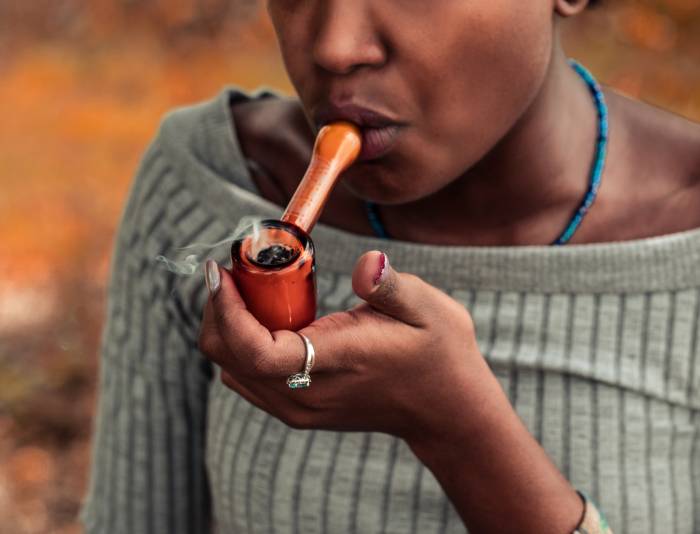 There’s no solid evidence on how addictive marijuana is. Anecdotally, many cannabis users report going on tolerance breaks with minimal or no side effects, unlike other drugs that cause severe and sometimes dangerous withdrawal symptoms.

“I myself am a regular user but I can go without it and not suffer through any severe withdrawals,” says Caabay. “Synthetic drugs like heroin would be considered highly addictive and can lead to dangerous withdrawals if being weaned off the drug.”

Where Is Weed Legal?

Many states only allow medical marijuana patients to buy from dispensaries. But recreational marijuana is legal and available in these states:

Despite 47 states having some form of legal marijuana, it is still federally illegal. This leaves weed in a weird gray area. Someone could be considered a medical patient one state, and then a drug smuggler when they drive with it to another state. So, if you were thinking of packing your edibles in your carry on, don’t.

There are bills in progress to legalize weed federally. But if you hold your breath waiting for the federal government to do something to fix the situation…you’ll be holding up the smoke circle for a long, long time.

Latest posts by Madison Higgins Hwang (see all)
As an Amazon Associate we earn from qualifying purchases. This post may contain affiliate links from Amazon and other sites that we collect a share of sales from.
34 shares