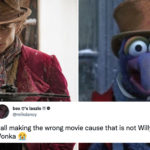 Timothée Chalamet is having quite the 2021. From his meme-approved appearance with Bill Murray at the Cannes Film Festival to his white suit at the Met Gala to this first look of him as Willy Wonka for the prequel coming in 2023.

Gene Wilder will always and forever be the Willy Wonka, despite Johnny Depp’s attempt to out-weird one of the strangest characters to be associated with confectionery.

But, one thing Wilder (or TBH that version of Depp) didn’t have was sex appeal. And, this Wonka seems to have it in spades. Or, rather, crystals. You know, because chocolate comes in a crystal matrix and… right.

The reactions so far to the first look are pretty good, so here’s the best memes and tweets we could find. 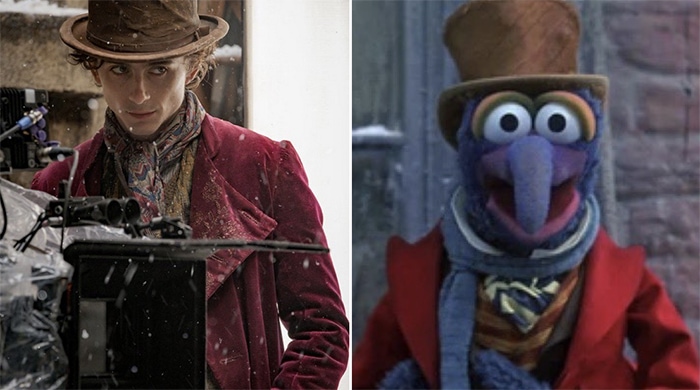 Tweets and Memes About Timothée Chalamet as Willy Wonka

1. Agreed. So there will be more, right?

timothee chalamet willy wonka is what happens when a hollywood focus group tries to create a tumblr sexyman. pic.twitter.com/k0Neh1DkwC

3. Ok, but hear us out on George Clooney.

y’all making the wrong movie cause that is not Willy Wonka 😭 pic.twitter.com/4NKcvP00n5

Can’t wait for this Willy Wonka prequel movie so we can finally learn what would cause someone to like candy.

6. But have you had an everlasting gobstopper?

Willy Wonka is so weird. I’ve had chocolate too bro. Not gonna act all weird because of it

7. Again? Did we miss something?

oh jesus now everybody about to be thirsting over willy wonka aGAIN https://t.co/7bNLmz4zq0

8. But it literally just started.

the sexification of willy wonka needs to stop.

i never thought i would want to fuck willy wonka but here we are pic.twitter.com/GVq53sW8RB

10. Please enjoy the chocolate factory. It’s right next to the butter churn.

I don’t need a sexy young Willy Wonka movie. Show me a wicked old, retired Wonka, on an unstoppable killing spree in his nursing home. Taking down seniors left and right with poisoned Werthers and booby-trapped pudding cups.

12. Straight into the world of Charles Dickens? Darn right he is.

Is Willy Wonka going on an adventure? pic.twitter.com/4J1BCmvXoC

Latest posts by Rebecca Swanner (see all)
As an Amazon Associate we earn from qualifying purchases. This post may contain affiliate links from Amazon and other sites that we collect a share of sales from.
282 shares