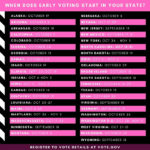 Voting in a national election is a bit more confusing than it was in high school, even if the stakes aren’t as high. (We might not have run for Jealous Runner-Up, but we had way more fun at prom than that boring Queen.) To reassure yourself and the rest of the world that democracy kind of works, make sure you take the time and make the effort to get your vote counted this election. Here’s how. 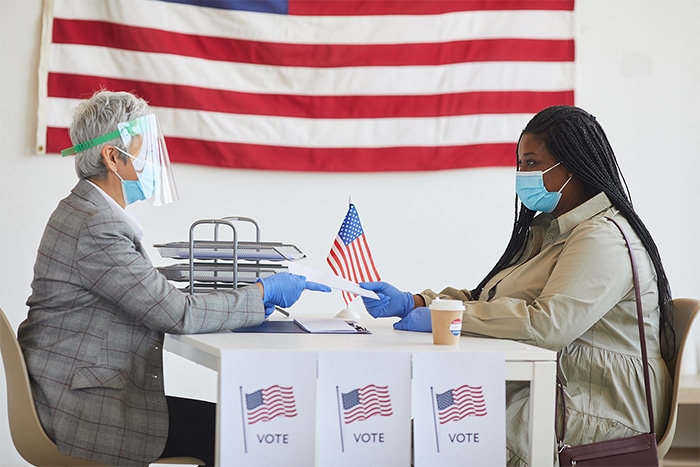 Seriously, do it now if you can. This election is going to be decided in the days and weeks after Tuesday, November 3, but you don’t have to wait to do your part.

By voting by mail, you’ll be freeing up the in-person polls for those folks who need them, hopefully cutting down on wait times and the chances they’ll catch COVID-19. Read the basics below then check Time’s guide for info on each state’s policies and deadlines. Yes, time still exists. Who knew?

What Am I Voting For?

In the November 2020 general election, you will have the opportunity to vote on:

You may also have opportunities to vote on: 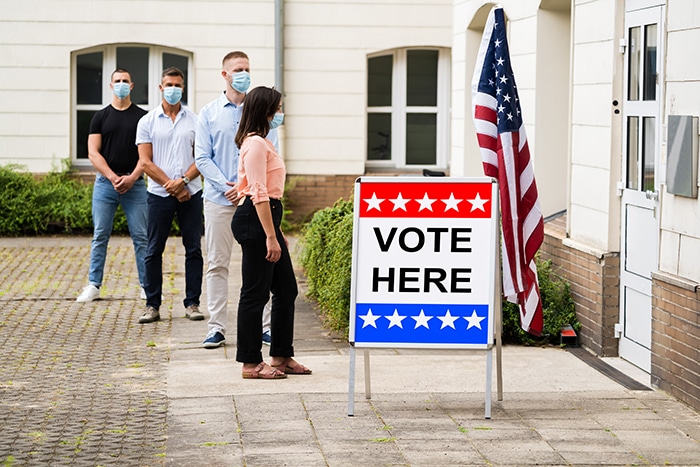 How to Register to Vote

The first step to voting is to register to vote. If you are 18 or older and a citizen of the United States by November 3, 2020, you are eligible to vote in the general election.

In some states, like California and Oregon, you are automatically registered to vote when you make any changes at the DMV.  In other states, you need to register a month before the election you wish to vote in, which — whoops. Well, there’s always next time.

Regardless, it is critical to register to vote as soon as possible because each state has different voter registration deadlines. But it’s almost easier than boiling water.

Here are the steps to register: 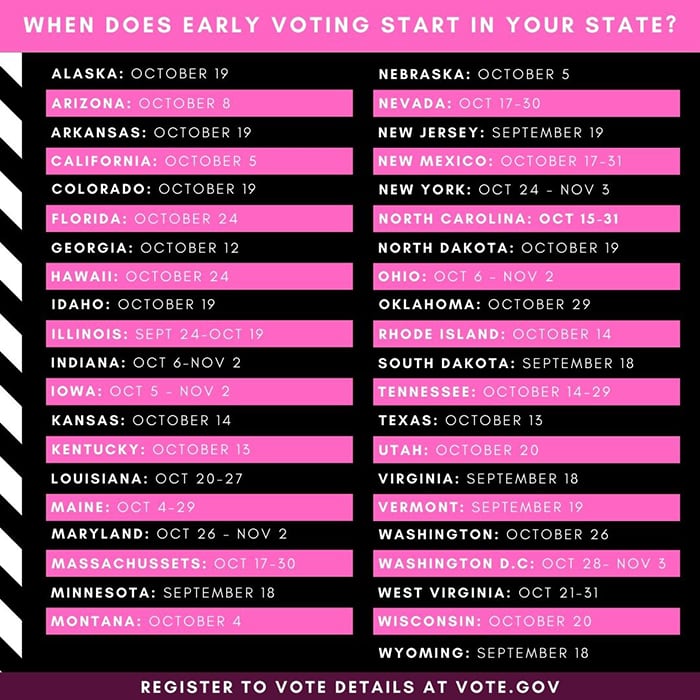 You registered to vote by your state’s deadline. Now what?

A post shared by When We All Vote (@whenweallvote)

How to Vote In Person

You can vote in person on Election Day, November 3rd, or in many states, weeks beforehand! If you want to vote in-person, voting early will reduce the line on Election Day and it’ll likely be a lot faster for you too.

Locate your designated polling place, bring your photo ID and don’t forget to wear your mask.

How to Vote by Absentee or Mail-In Ballot

If you choose to vote absentee, request and send your completed ballot as soon as possible. But do it quickly: absentee ballots need to be mailed in by October 25. Request your absentee ballot here.

There are five states that conduct their elections through a mail-in process called “all-mail voting.” These are: Washington, Colorado, Hawaii, Oregon, and Utah. In response to COVID-19, at least four additional states — California, Nevada, New Jersey and Vermont—and the District of Columbia have pledged to mail ballots for this election, too.

Registered voters in these states should receive mail ballots at their registered addresses before Election Day. Ballots can be mailed back, submitted at a voting location, or deposited at a dropbox by a designated time on or before Election Day. Like a real dropbox. Not the company one where you’ve been also storing all your personal photos.

You can return your completed absentee or mail-in ballot three different ways:

Depending on your state, if you’re voting via mail-in, your ballot has to be postmarked or received by a certain date. Check the list below, vote, and then send it in ASAP so you don’t miss the deadline.

How to Volunteer on Election Day

Due to COVID-19, there is a critical lack of poll workers. While many states are increasing their mail-in and absentee voting options, most Americans will opt for in-person voting to cast a ballot this Election Day. If you want to get more involved on Election Day, you can volunteer as a volunteer as a poll worker.

Latest posts by Kathleen Higashiyama (see all)
As an Amazon Associate we earn from qualifying purchases. This post may contain affiliate links from Amazon and other sites that we collect a share of sales from.
173 shares