Home » Food + Drink » Food News and Trends
This post may contain affiliate links that we collect a share of sales from. Click here for more details.
160 shares 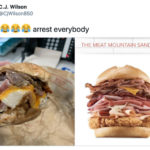 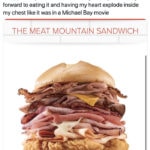 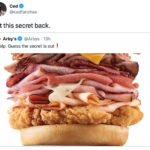 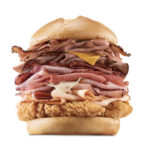 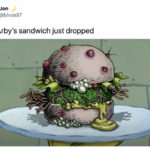 Look, we love a good sandwich. (All you hot dog is a sandwich people, please sit down. Now is not the time.). We’re especially partial to over-the-top ones like the Godmother at Bay Cities in Los Angeles. But, Arby’s, well, Arby’s Meat Mountain Sandwich might have gone too far.

The Mountain Meat Sandwich is a veritable mountain of meat that looks like it was made by a guy at Katz’s Deli who drank 12 shots of espresso and got carried away with the meat slicer.

Not to mention that the only creatures with a mouth large enough to eat this sandwich are snakes and ventriloquist dummies, so that must have been some fun focus group testing.

The sandwich as actually been around for decades on the secret menu, but got the Twitter spotlight after someone posted a comparison photo of what they ordered vs what they got. So, we gathered some funny tweets roasting the fast food company’s menu item below. 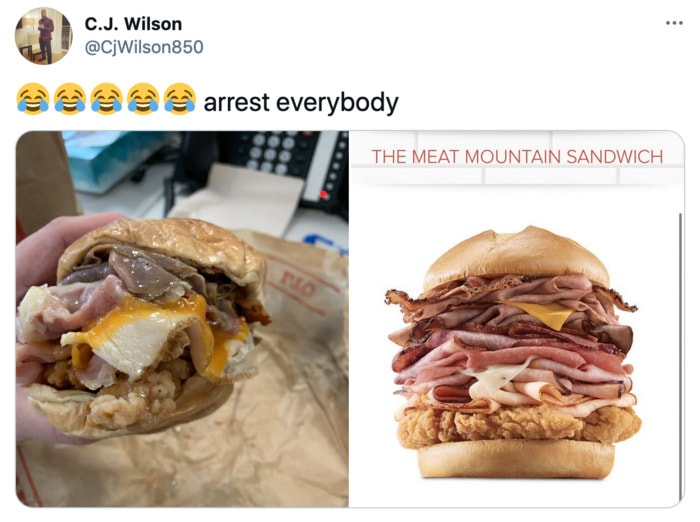 WTF is the Mountain Meat Sandwich?

If your sandwich is so big you lose the cheese, that should be a sign it’s too big. Also, there’s reportedly now a fish fillet in there too. Because if there’s one thing we want, it’s fish and cheese together.

How Many Calories are in the Arby’s Mountain Meat Sandwich?

Consumerist estimated that there are 1030 calories in the Mountain Meat Sandwich. To which we say, that cannot possibly be correct. There are appetizers at Cheesecake Factory with more calories. And in most burgers from Jack in the Box and Carl’s Jr.

1. Cat’s officially out of the bag. 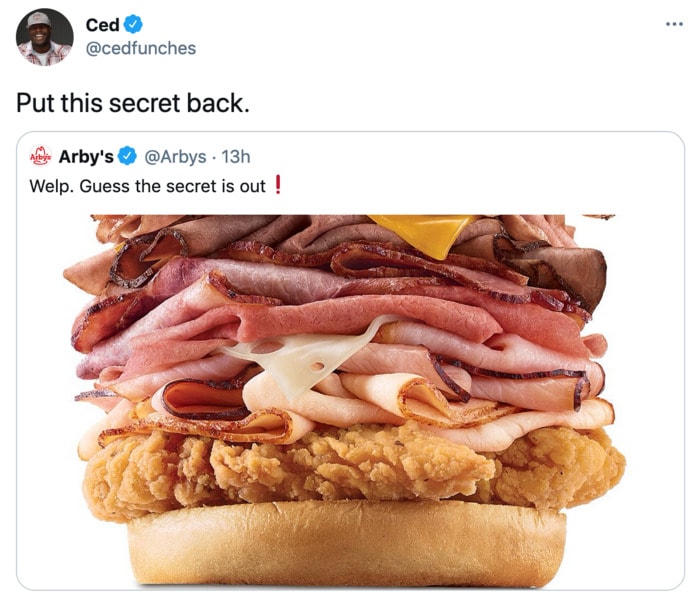 2. Are we talking eras or eons here, Jon?

3. Spongebob’s sandwiches might not be the best inspiration. Just a thought. 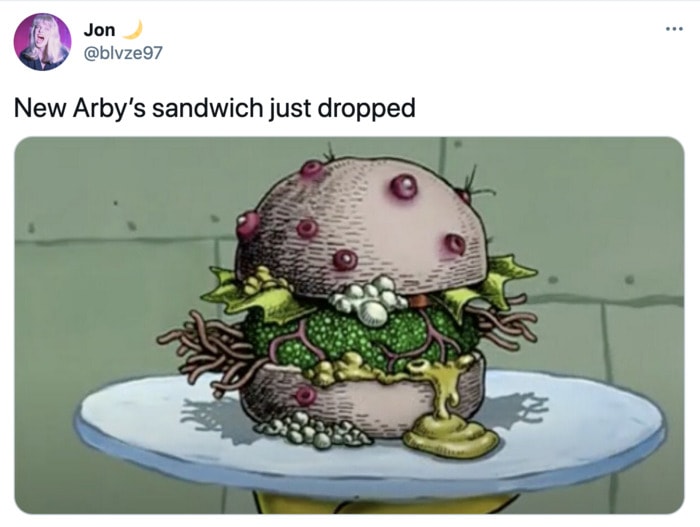 Your stomach after eating “Meat Mountain” from Arby’s pic.twitter.com/2WuaIWAhs3

9. At least it’s better than a Chestburster? 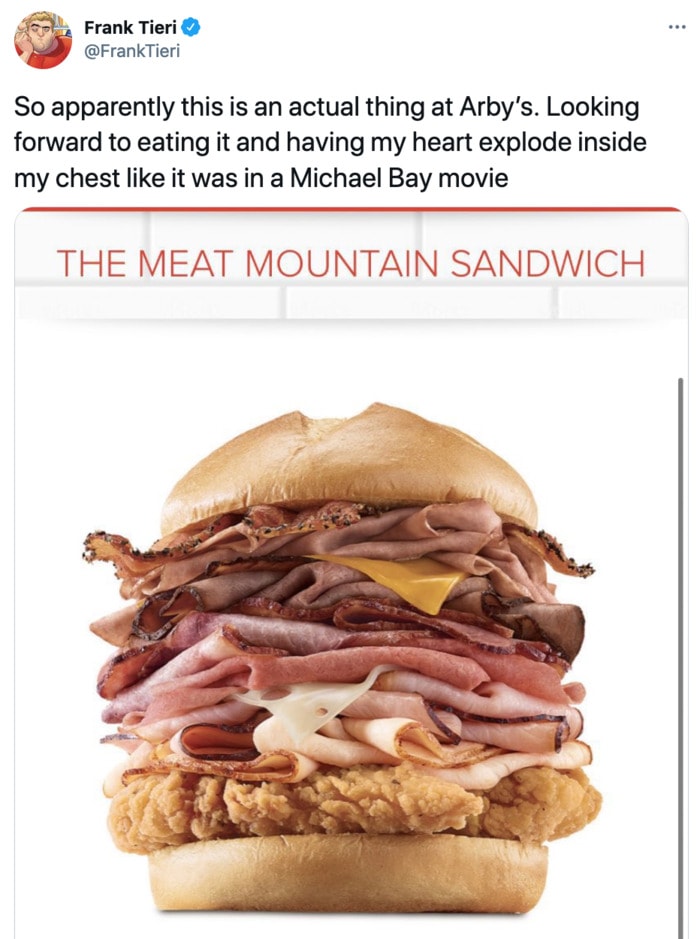 Latest posts by Rebecca Swanner (see all)
As an Amazon Associate we earn from qualifying purchases. This post may contain affiliate links from Amazon and other sites that we collect a share of sales from.
160 shares