Home » Recipes » Ice Cream and Popsicles
This post may contain affiliate links that we collect a share of sales from. Click here for more details.
11.2K shares
Jump to Recipe 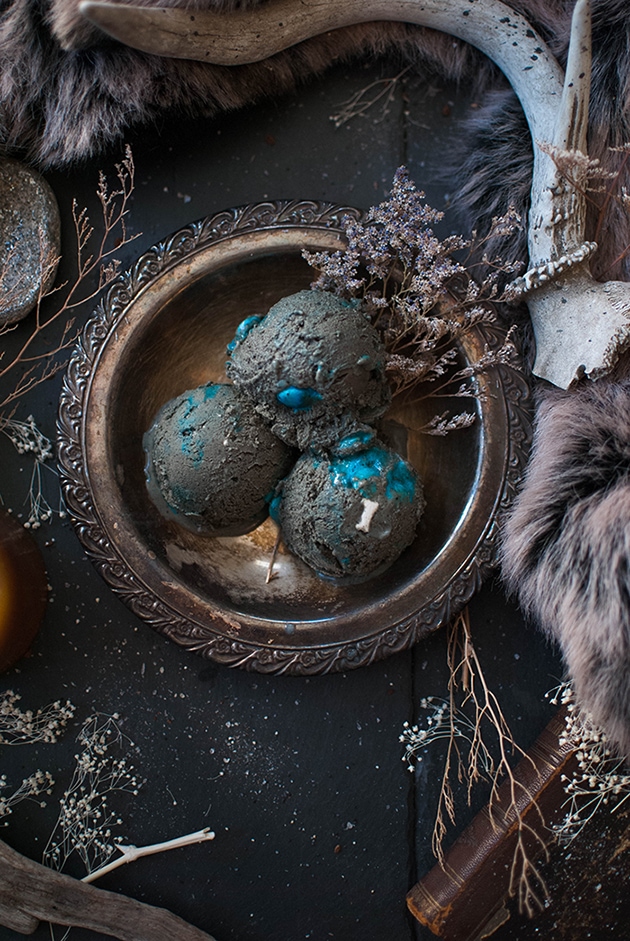 Good news, Game of Thrones fans: Jon Snow is back and I’ve got a Game of Thrones recipe I think you’ll love. Bad news: Winter is still coming, and with it, those nearly invincible White Walkers that command the army of the dead. Unless your favorite character is armed with a piece of dragonglass or a blade made from Valyrian steel, you can bet they’re in deep, deep trouble.

Good news: Inspired by the chilly monsters that live behind the wall — and which are likely coming south of the wall this season — I created this Game of Thrones-inspired recipe for White Walker Ice Cream.

Originally, I was going to blend sesame ice cream with blue moon ice cream, but I decided those flavors might make a kind of gross combination. If you’re not familiar with Blue Moon, it’s a raspberry-lemon-sugar flavored ice cream Midwestern ice cream. I ate a lot of it when lived in the suburbs of Detroit. It But, raspberry, lemon, and sesame? That felt like I was pushing the boundaries of good taste.

So, instead, to create a Game of Thrones ice cream that also screamed White Walker, I made a sesame ice cream and then mixed in blue M&Ms to give that bright pop of blue for their eyes and bone sprinkles to represent their skeleton army. Also, you know, cause they’re deadly.

If you’ve never made ice cream before, it’s not tough. There are two really important things you just want to keep in mind when making ice cream. The first is that you want to cook your final mixture until it’s thick enough so that it coats the back of a wooden spoon and when you draw a line through the mixture on the spoon, the line holds for at least a few moments. Until it’s there, just keep stirring and checking. Depending on how hot your stove is, it might take upwards of 10 minutes.

Once the ice cream was done, I met up with photographer Webb Bland of NotBland Photography who takes rad, cinematic photos of dream cars for Top Gear Magazine and other clients. Trust me, if you have even a slight interest in pretty things, check out his site.

We threw around a handful of ideas and eventually landed on recreating something that felt like it could been part of the set. I mean, after all this is Game of Thrones ice cream. In the final shots, there’s something that ties back to many of the primary houses. The Dire Wolf pelt for the Starks (don’t worry, we didn’t use real fur), An antler for the Baratheons, and the candle for the fire of the Targaryens. The Lannisters seems to have gotten the short shrift, but maybe there’s something in the photos that represents them too? If you see it, tell me in the comments!

4.58 from 14 votes
Print Recipe
Game of Thrones ice cream recipe inspired by the blue and grey of the White Walkers! 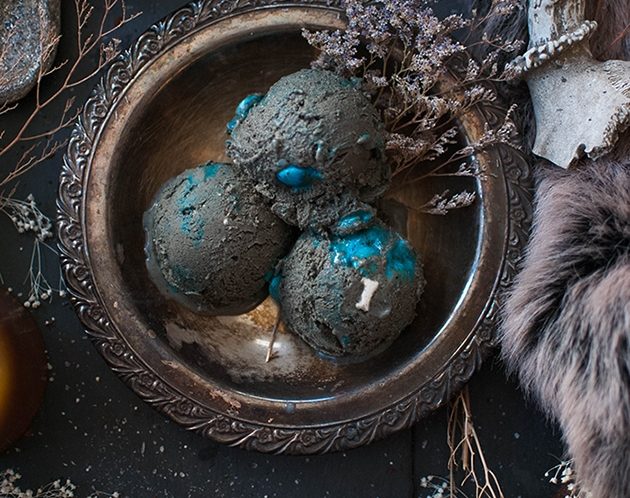 Course: Ice Cream
Cuisine: American
Keyword: game of thrones ice cream
Author: Rebecca Swanner
Did you make this recipe?Leave a review below, then take a photo and tag @letseatcakeblog on Instagram so we can see it!

Latest posts by Rebecca Swanner (see all)
As an Amazon Associate we earn from qualifying purchases. This post may contain affiliate links from Amazon and other sites that we collect a share of sales from.
11.2K shares