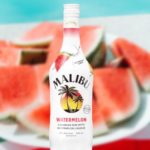 While Malibu might be new to time travel, they aren’t new to mixing fruit flavors with rum. There’s Malibu Strawberry, Lime, Pineapple, Banana, Red, and more. And, you thought you couldn’t taste colors. 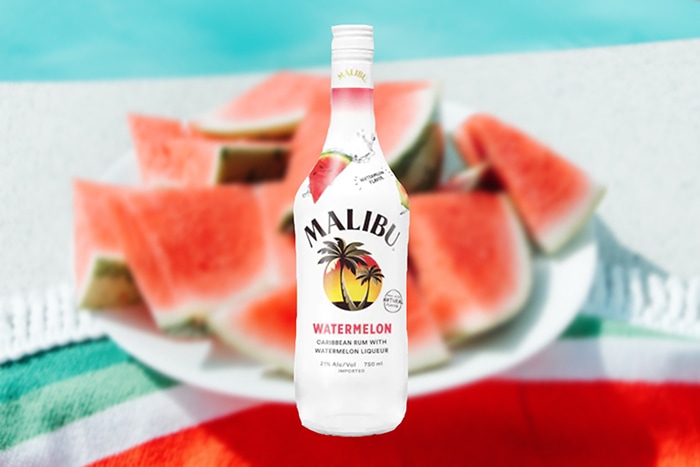 But, they might have outdone themselves this time with their watermelon-flavored rum, suggesting that it’s just a matter of time before someone invents watermelon whiskey.

Malibu Watermelon takes the subtly-sweet flavor of Caribbean rum and mixes it with the fruity and fresh taste of summer’s messiest fruit, watermelon. All to give you the sweetest, best hangover you’ve had since college.

Where Can I Buy It?

Well, alrighty then. Here’s a few cocktail recipes to get you started. Luckily, Malibu also had some recipe ideas for their new summer’s-here-whenever-they-say-it-is liqueur.

If you need a recipe for this, you’ve had too many already.

Latest posts by Katie Schindelheim (see all)
As an Amazon Associate we earn from qualifying purchases. This post may contain affiliate links from Amazon and other sites that we collect a share of sales from.
901 shares