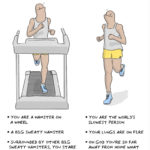 Tommy Siegel is on the brink of completing an impressive creative undertaking – publishing 500 cartoons in 500 days.

Since he started in February 2018, Siegel’s Instagram illustrations (follow him at @tommysiegel on IG) have caught the eye of AOC, Mark Hamill (aka Luke Skywalker), Ringo Starr, and he’s tackled everything from surreal leather daddy spiders to what deep underlying truth your coffee preparation method reveals about you to political commentary on Trump and Alabama.

(Update: Many of these cartoons are now available in his new book!)

Before this endeavor, Siegel was most well-known as the guitarist, bassist, and co-vocalist for Jukebox the Ghost, an indie pop band based in Brooklyn, New York. They’ve appeared on Conan, Letterman, and toured with Ben Folds, but if you haven’t heard of them, start with “Fred Astaire.” If it doesn’t make you dance a little, you’re probably dead.

Originally, the plan was to do 365 illustrations – one drawing a day for a year. But as he neared that milestone, he decided to go for an extra 135. Why would someone do such a thing? Is he done drawing forever once the 500 days are up? Who should our favorite Beatle be?

I reconnected with Siegel (we had first connected last year when I commissioned him to create some original illustrations for Let’s Eat Cake) to answer these questions… and a few more.

A Q&A with Tommy Siegel

Why did this whole project start?
For the first six or seven years [of Jukebox the Ghost], we were playing over 150 shows a year, so we were gone most of the time. But in the last few years, we’re doing better, but we’re touring less.

It presented an existential question: What to do with all that time? I was sort of throwing all my energy into making more side music, but I couldn’t even release it all. So I started this cartoon project a little over a year ago just to see what would happen. I wouldn’t say I’m doing it full time, but it’s certainly making it so that I don’t have any free time.

Sounds like a lot of work. Tell us: How does the cartoon sausage get made?
I’ve got a notebook going where I catalog ideas. Sometimes, it’s just a word, like, “squirrel.” There’s things that have hung out on my list of ideas for six months until I came up with a cartoon that was worthy of whatever the word was.

I usually polish them and put the finishing touches on them —which is kind of the bulk of the work —then do the wording the day before or the morning of.

What you’re saying is we should stop procrastinating.
I try to make it easy on myself so that I don’t whiff it at the last second. That’s the danger of a constant moving deadline.

Have you whiffed?
There’s been a lot of comics that got saved in the edit.

I’ve sent it to a friend the morning I was going to post it and was like, “Is this right?” And they’ll go, “No, this is right.” I’ve been lucky to have a network of friends, the most direct of whom I I’ve been missing. He’s like my best friend who lives up in Alaska and he’s on a rafting trip on the Arctic river so he hasn’t been able to help.

You began the series on February 12, 2018 – we know because we circled that date on our calendar with a giant heart. What inspired it?
I had been following along with a cartoonist. His name is Branson Reese who did a 365 challenge. I really enjoyed watching it. His stuff just kept getting funnier and funnier. You know, some days you would see that he was kind of reaching or struggling, but that was kind of part of the fun of it, too.

Isn’t the creative process the best?
I had been submitting comics to The New Yorker before that and had gotten them all rejected. But, I looked at my stuff and thought, you know it’s not as good as it could be. I don’t put the legwork in that I ought to. I think some of the jokes are there, but the drawings just are okay. So I started the 365 challenge after that.

Did you reach out to Branson?
I messaged him and was like, “Was it worth it? Would you recommend it?” His answer was, “It’s a horrible idea and you should do it.”

How soon in did you regret committing to doing 365 cartoons?
30 days in I was like there is no way I’m going to make it because that 30 days had felt like the longest stretch of my entire life. Around 30 days in, I started to be like do I have more ideas?!

I think that we all probably have an endless creative energy. I think it’s just amazing that if you open your brain to the idea that you have to do something, how it’ll sort of fill the gap. I’m coming up on 500 cartoons and now I have more ideas than days.

What helps you tap into that creativity?
I can tell you being in my apartment it does not help. It’s good to work to get better at your skill, to provide a space for the ideas to come, but the ideas come whenever they want to come. The important thing is to allow space for them to arrive and then to acknowledge them when they show up.

Do we have to use the good plates?
You showing up is the first thing. I’ve met people who played music who were like I could never write a song. I’m like, you absolutely definitely could write a song today. You just have to not do something else for a minute.

Also, you can’t force ideas out. I mean with comics sometimes I can because there’s a wide array of topics. I just sort of think about topics I haven’t covered yet or walk down the street and be like, oh like a trashcan. I haven’t done one with a trashcan. What would a trashcan do?

But that relationship between work and inspiration is a tricky balance. I think that the only negative thing I would say about the 500 days of comics is that I think as far as a creativity test, it’s probably too much of a gauntlet and certainly tests that work/inspiration balance.

Will you keep the Patreon going?
I’m releasing a song in a week or so. Then I think I just have to figure out if there’s some way to keep it going that is manageable for me and worth other people’s money.

A few of your cartoons have been shared by some famous people. What was that like?
It’s kind of crazy. I mean the strange thing about social media is that it sort of disembodies those kinds of interactions, right? I know Ringo Starr has retweeted my cartoon and that means he saw it and that’s crazy. More than anything I would just like to meet him and be like, “Do you remember that?” That was a big moment for me.

Yeah?
Yeah, I’m like a Beatles junkie. I saw Paul McCartney live and I thought it was crazy enough that I could be in the same stadium as a Beatle much less directly interact on the Internet with a Beatle.

Who’s your favorite Beatle?
When I was young I was a John guy and now I’m a Paul guy. How about you?

Um…I’m not really a huge Beatles fan.
Oh. So I’ll just pick one for you then.

Perfect. Who should I like the most?
Do Ringo. Underrated.

Great. Done. Have any of the brands you’ve featured reached out to you?
No, and that has been disappointing to me. I’ve been waiting for a brand to get upset at me. I was really hoping to have a cease and desist letter in my mail by now. On some level I’m turning them into a meme that people enjoy, so maybe it’s good for them.

There’s got to be people on Pringles’ ad team who have noticed that my drawings of the Pringle Man naked have been probably gaining a lot more traction than their actual advertising campaign. I just wonder what they think about that. They’re seemingly perfectly comfortable with the Pringle Man depiction. So, I can only assume that that’s accurate.

Do you eat a lot of Pringles?
I don’t. I don’t even like Pringles. I mean they’re okay, I guess. I mean if they’re around. I don’t think I’ve ever bought a can of Pringles in my entire life. And I don’t think I could now. I think if I did now I would blush. I would definitely open the can immediately to see what was inside.

Want to see more of his cartoons? Pre-order his upcoming book on Amazon!

2. No coffee? Then pass the hot chocolate. 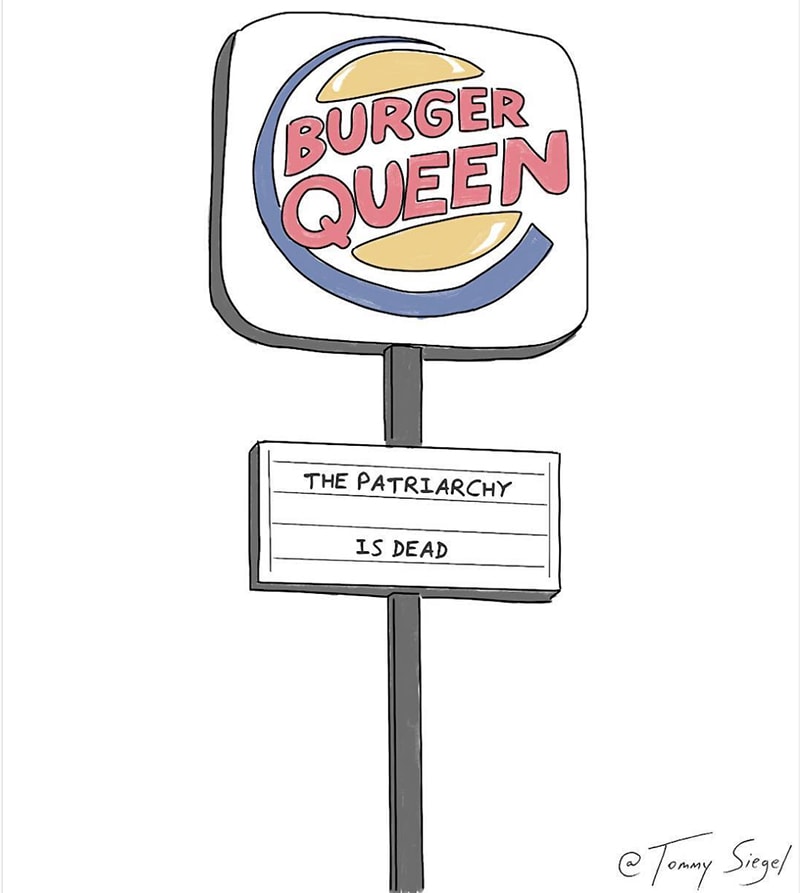 4. Totally not relatable at all candy hearts. 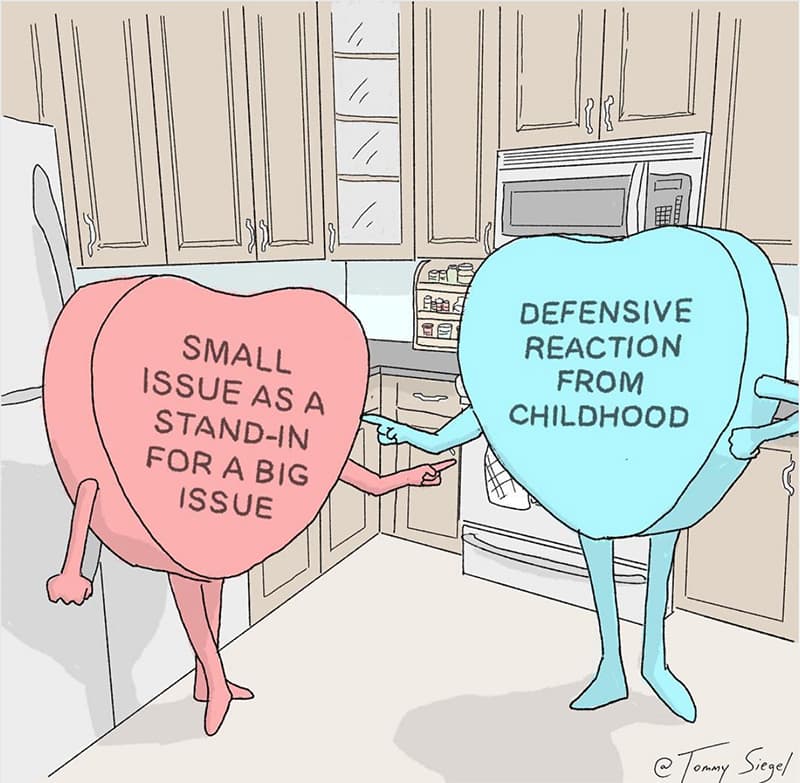 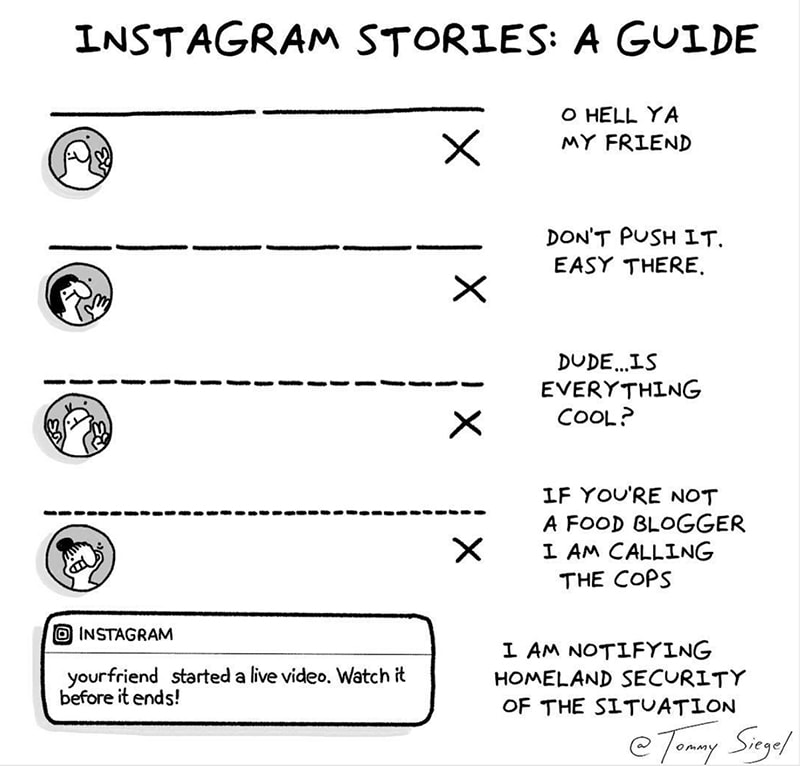 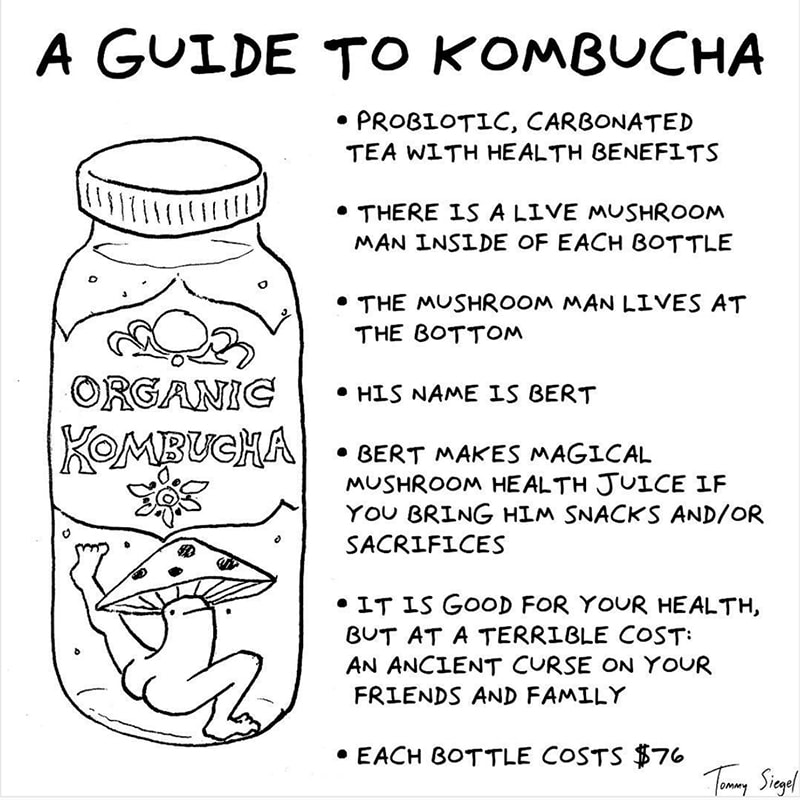 7. We were not prepared for this. 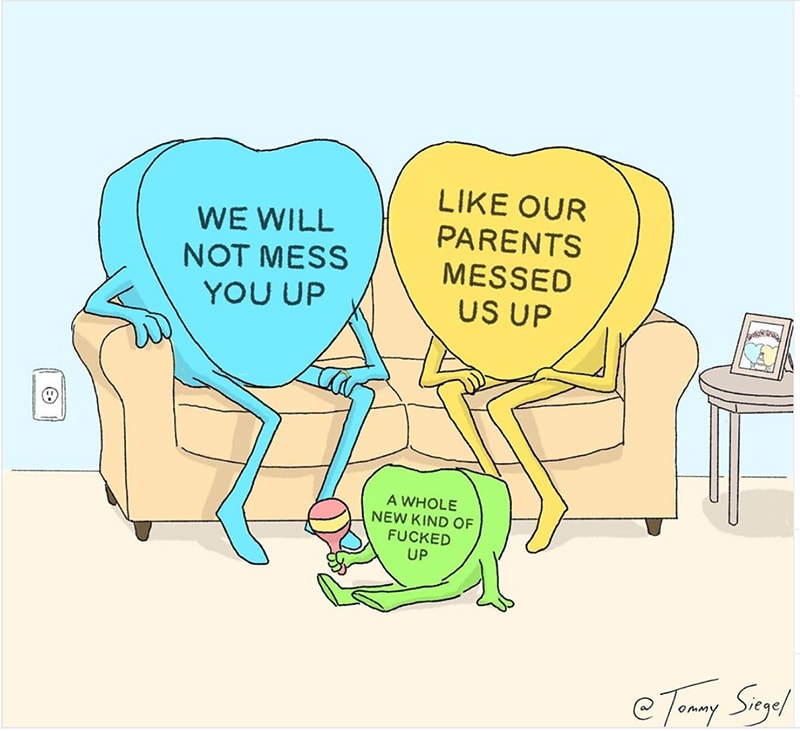 9. That squirrel idea did eventually see the light of day. 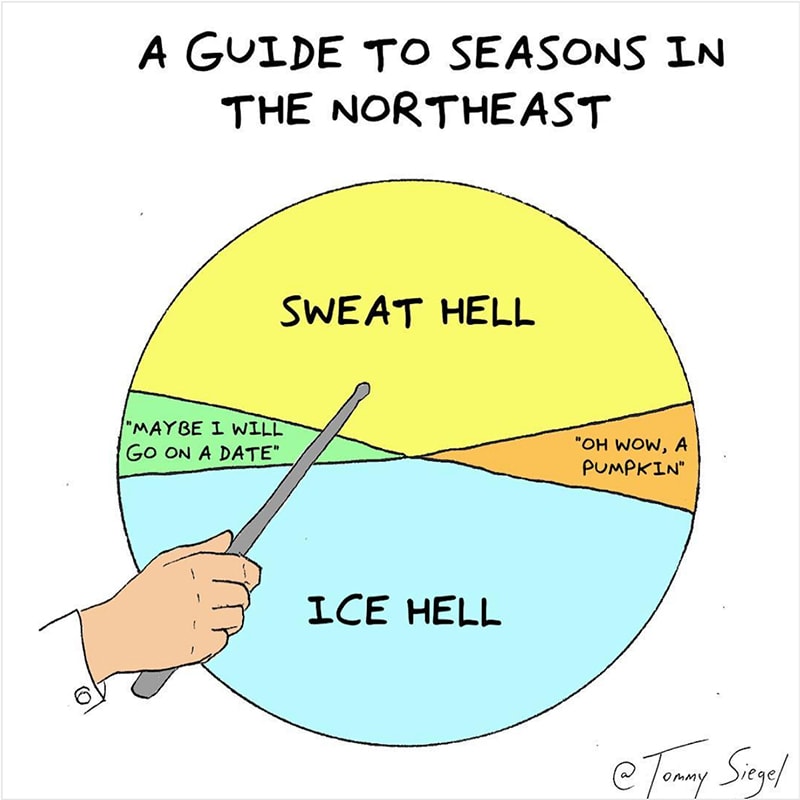 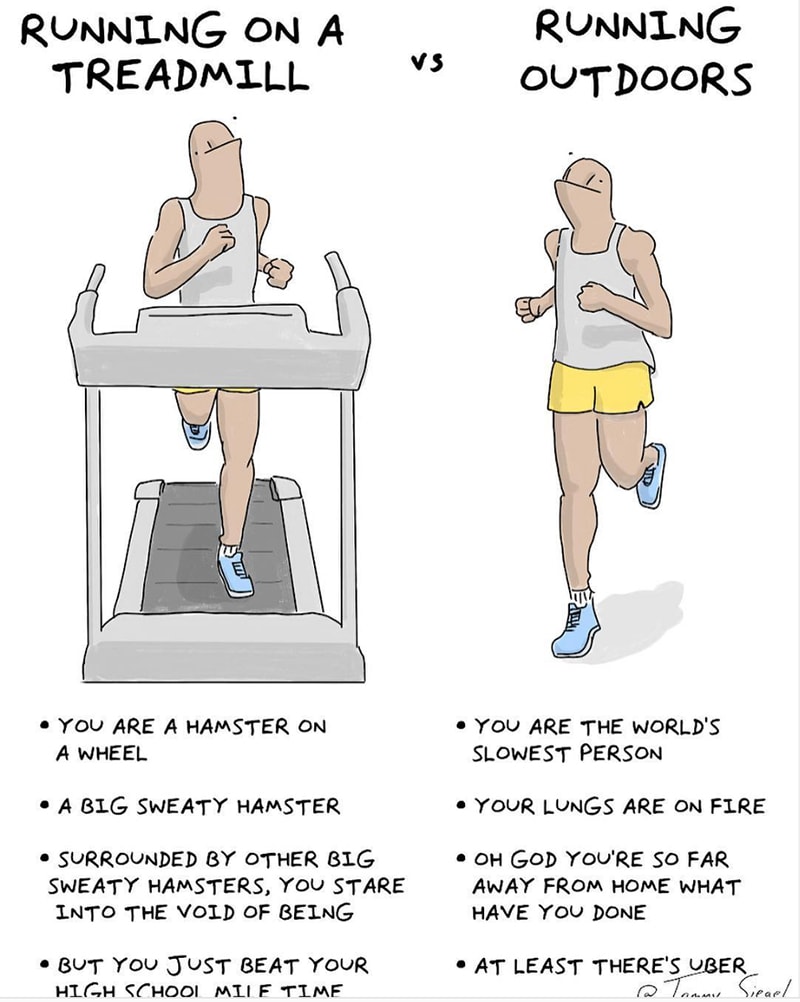 12. They were so quiet and unassuming… 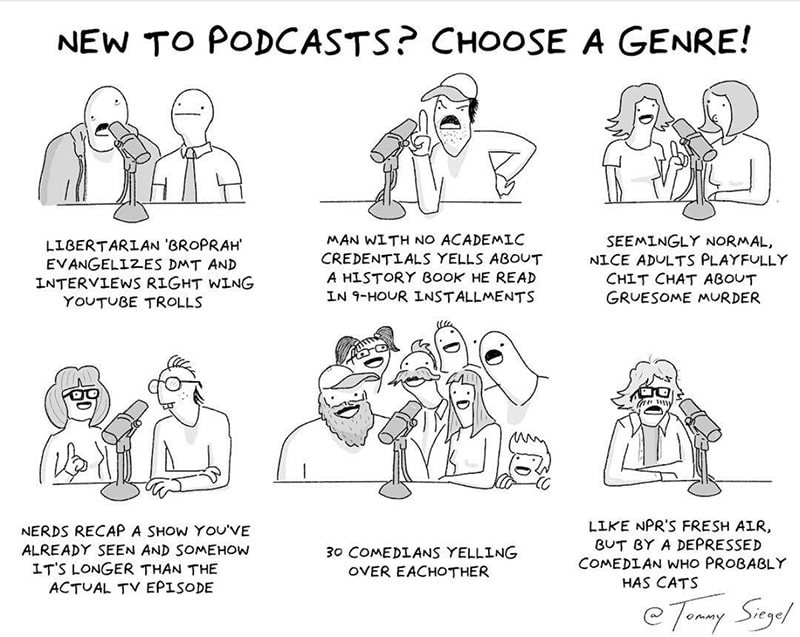 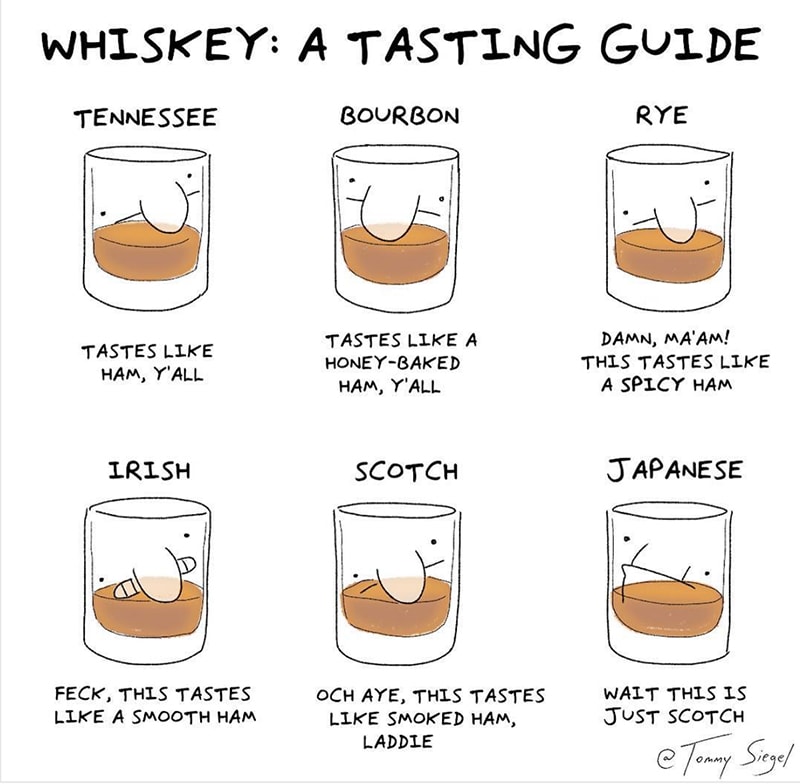 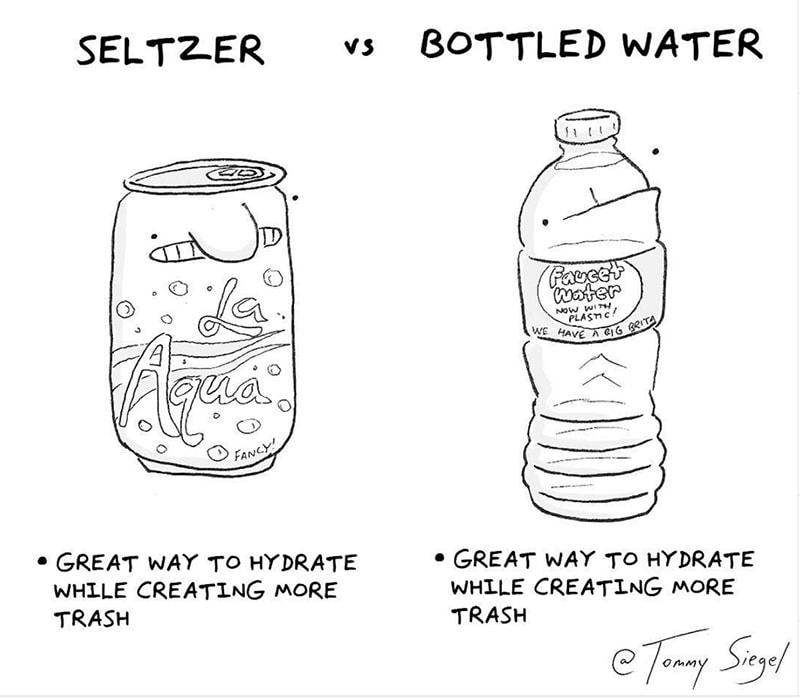 15. Oh god, what does it mean if you don’t watch murder shows? 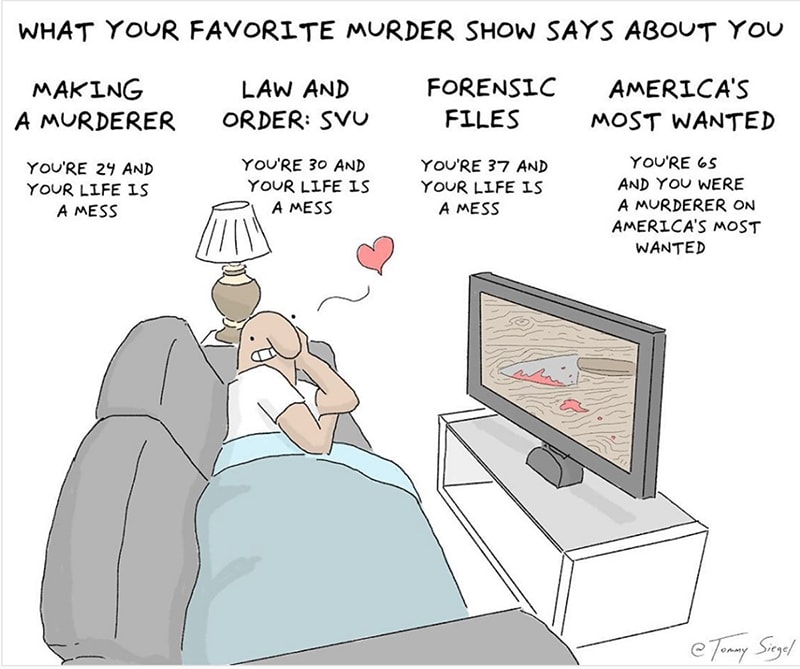 16. We’re a little worried about the penguin on the left. 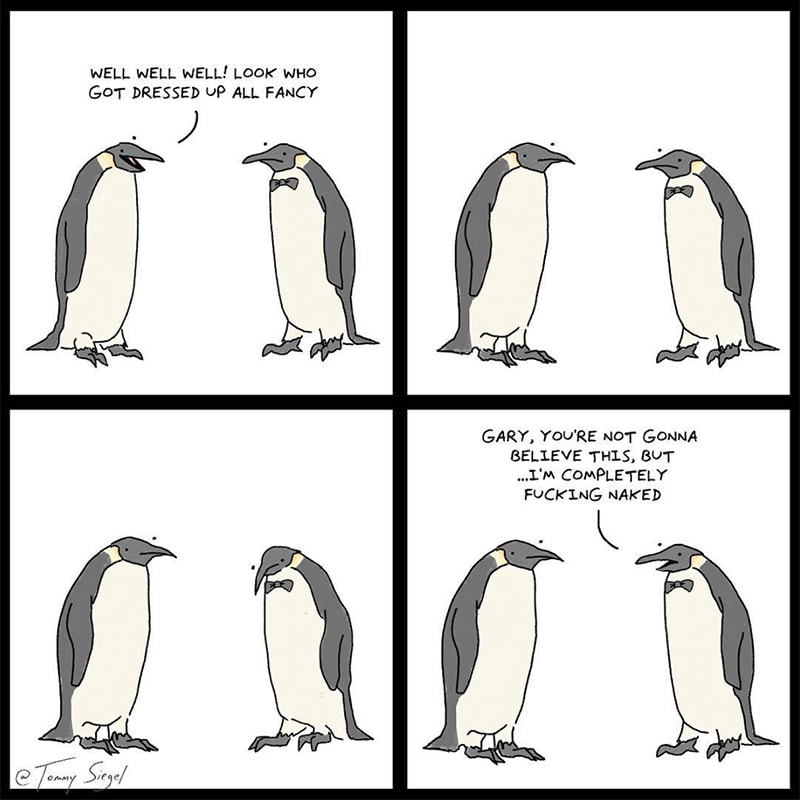 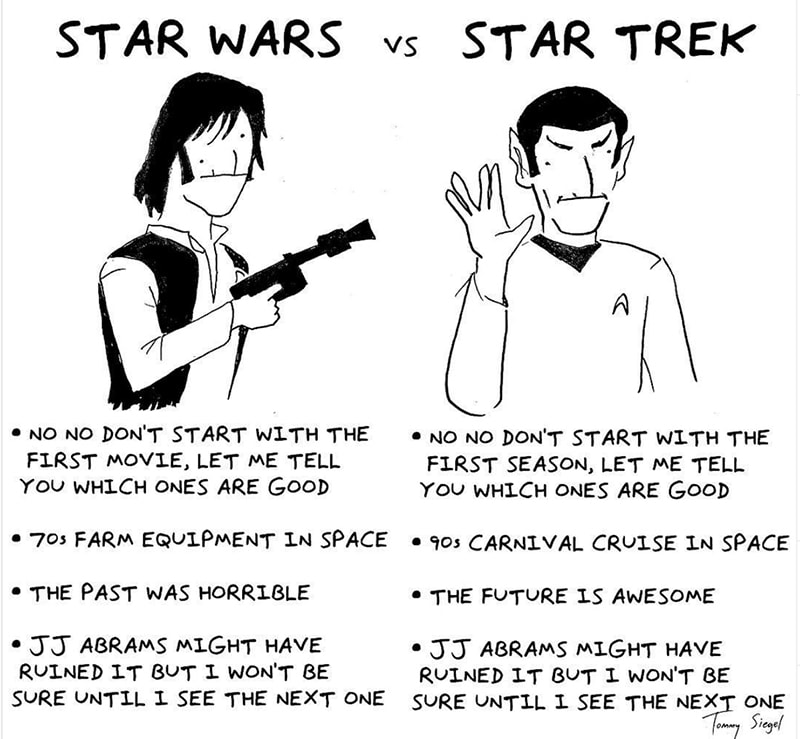 Latest posts by Rebecca Swanner (see all)
As an Amazon Associate we earn from qualifying purchases. This post may contain affiliate links from Amazon and other sites that we collect a share of sales from.
399 shares