Home » Recipes » Chocolate
This post may contain affiliate links that we collect a share of sales from. Click here for more details.
2.1K shares
Jump to Recipe 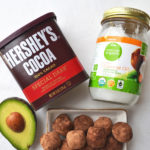 Keto fat bombs are a tasty way to satisfy your sweet tooth on the keto diet, and they can be so easy to make! This recipe for Chocolate Fat Bombs uses avocado to make a truffle-like treat in under 10 minutes. 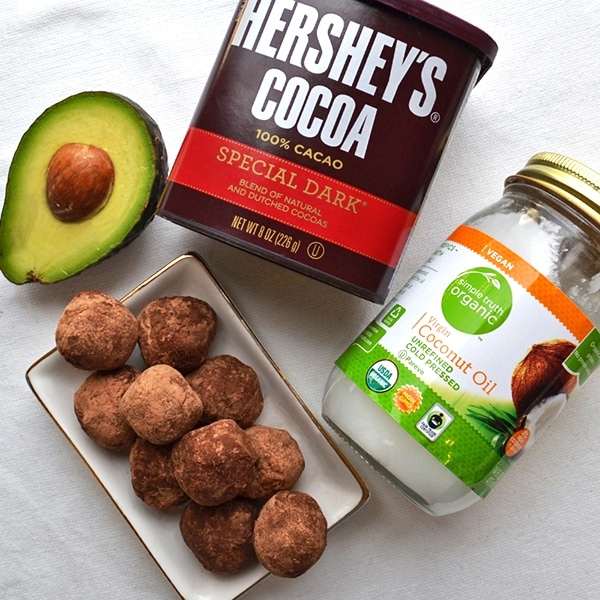 This recipe for Chocolate Avocado Keto Fat Bombs is easy and foolproof, assuming you can pick a ripe avocado and use it in the small window before it turns brown. Even if it does turn brown, you’re combining it with chocolate so no one will ever know! Except for you. You will know. And you’ll have to live with that forever.

Either way, the recipe doesn’t involve any cooking, so you don’t have to worry about burning down your kitchen.

Here are some tips to put this recipe together with minimal risk of failure.

What is the Keto Diet?

The keto diet might seem like the longest running April Fool’s Joke out there. How healthy can it be to eat a diet centered around fat, and how could anyone possibly survive on a mere 30 grams of carbs a day, AKA the amount of carbs in one measly apple? An apple a day might keep the doctor away, but an apple and a donut and a burger will keep my limited sanity in check. 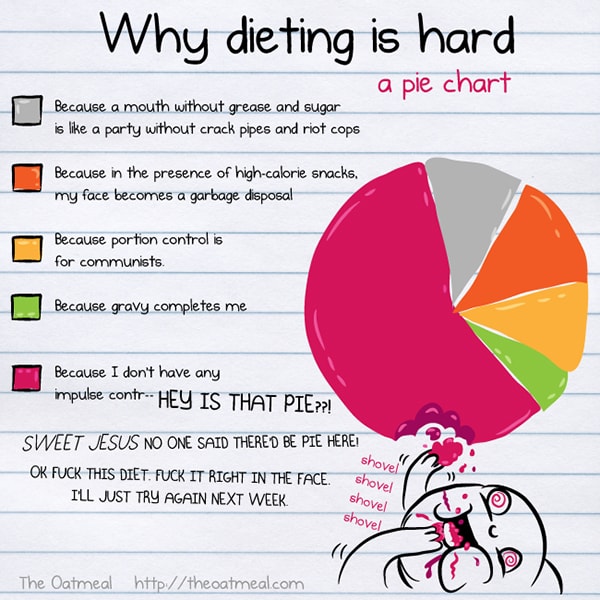 But, crazy as it might seem, people have been jumping on the keto diet (full name: ketogenic diet) with the same excitement as a dog on a trampoline.

Despite some nutritionists who claim it’s really not great to put your body through this kind of shock (and that maybe you should eat some fruits and vegetables once in a while), some people use the keto diet to lose weight quickly before an important event like a wedding or a coffee date with your ex to “catch up” and “wish them the best for the future.” We think you’re beautiful just the way you are, but that doesn’t mean you can’t enjoy these tasty chocolate balls.

The trick of the keto diet is you’re supposed to reach that 65-80% fat macro mark by eating healthy fats, not by chugging a cup of bacon grease. Not that you would do that, right? Right?

One way to do that is with keto fat bombs, like these avocado fat bombs. This keto avocado recipe makes bite-sized goodies that are loaded with healthy monounsaturated fats and some other ingredients that make them taste good, like chocolate. Because, well…chocolate. 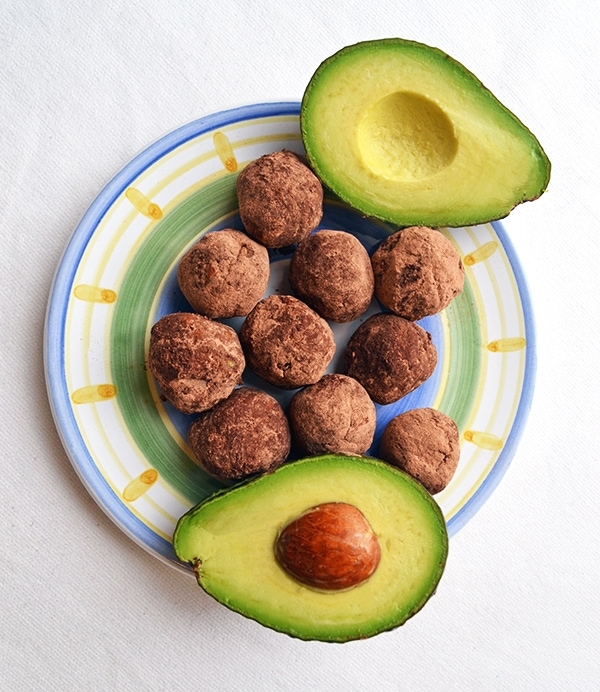 4.57 from 16 votes
Print Recipe
This recipe for chocolate keto fat bombs uses avocado to make a truffle-like treat in under 10 minutes. If you're following a keto diet, use liquid stevia, not honey. 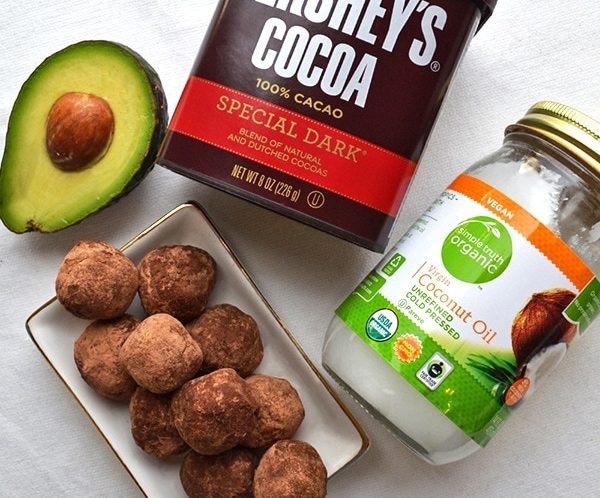 Latest posts by Hannah Rex (see all)
As an Amazon Associate we earn from qualifying purchases. This post may contain affiliate links from Amazon and other sites that we collect a share of sales from.
2.1K shares