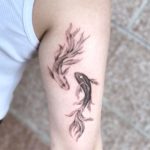 It’s official. Avatar is getting remade by Netflix as a live-action show. So, it’s time to start saving those Avatar: The Last Airbender tattoo ideas so you know what to get when you can go back to the tattoo parlor again. If you’re the type to stress about making tattoo decisions, don’t worry. You’ve probably got at least until 2040.

Avatar: The Last Airbender first aired in 2005 and I remember sitting on the couch for hours and hours watching Aang’s adventures across the four elemental nations from the confines of my “cozy” Brooklyn apartment. The original series had some of the best animation I’d seen on the small screen, plus humor, thoughtfulness, and plenty of squee-inducing creatures like the flying bison Appa and the winged lemur Momo. Oh yeah, and magic. (Unless you too can control objects through telekinesis and we just didn’t get that gene.)

Netflix added the series in May and since there’s been more rumblings about a 2021 reboot led by creators Bryan Konietzko and Michael Dante DiMartino. So, it’s time to decide. For your tattoo, do you want to go Team Appa or Team Momo? Or perhaps get a simple white lotus? To get your inky wheels in motion here’s some our favorite Avatar: The Last Airbender tattoos.

1. Yip yip! (That’s Appa for please take us on a ride). Design by Christian of Copper Plate Tattoos. 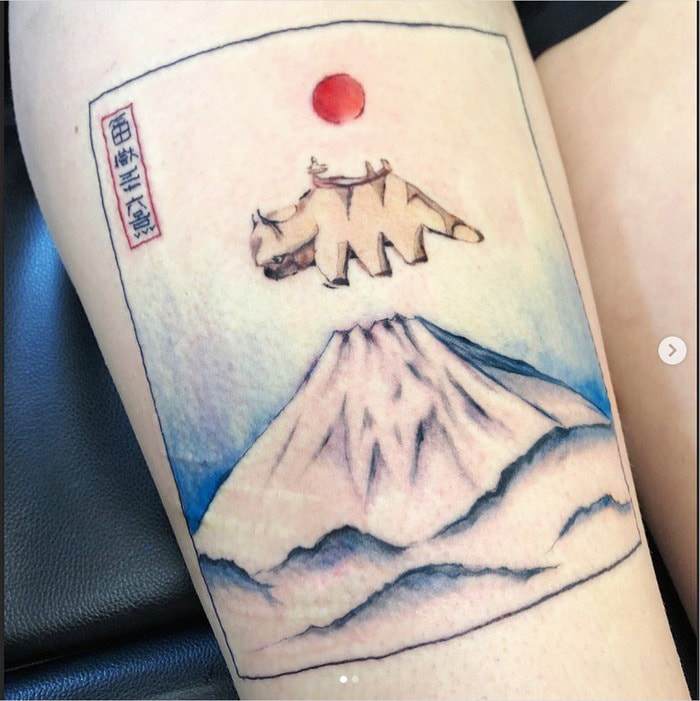 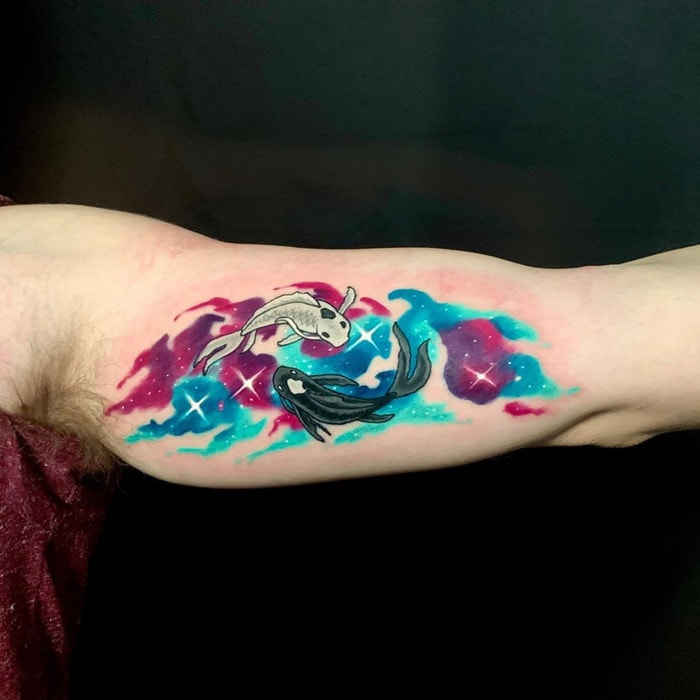 3. Aang’s all growns up in this tattoo by Oliver Fair. 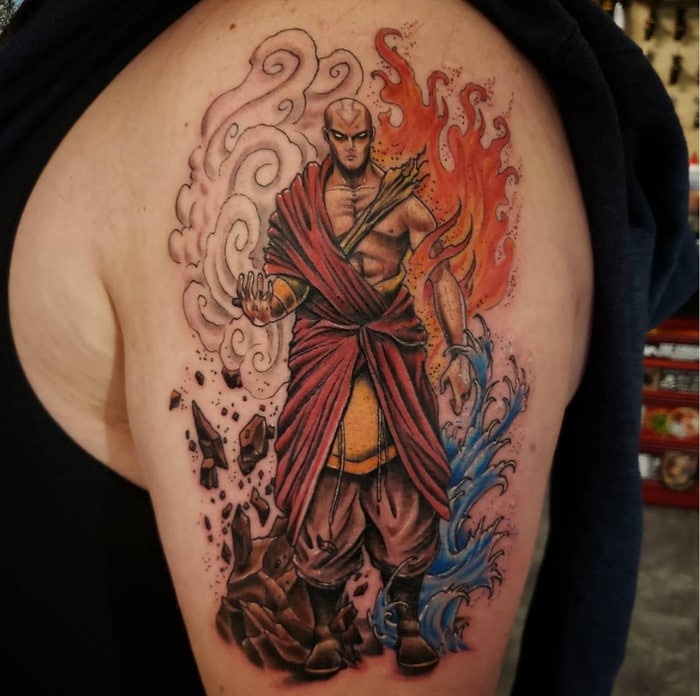 4. Things worked out a lot better for Appa than Eve after he ate the apple. Tattoo by Bona Sunama. 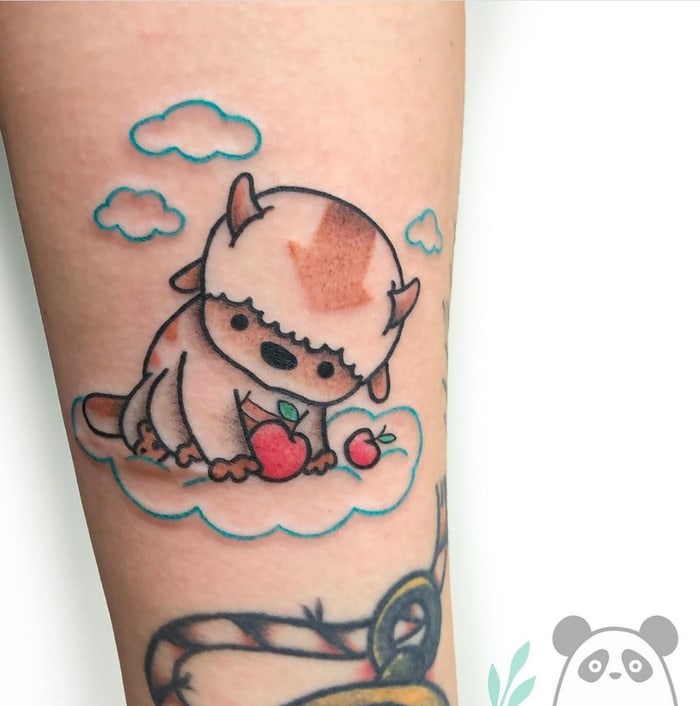 5. Only other secret society members will know you’re a part of the Order of the White Lotus (this one was inked by Melly Mae of Rose Gold Studios). Everyone else will just think it’s a pretty flower tattoo. Buffoons. 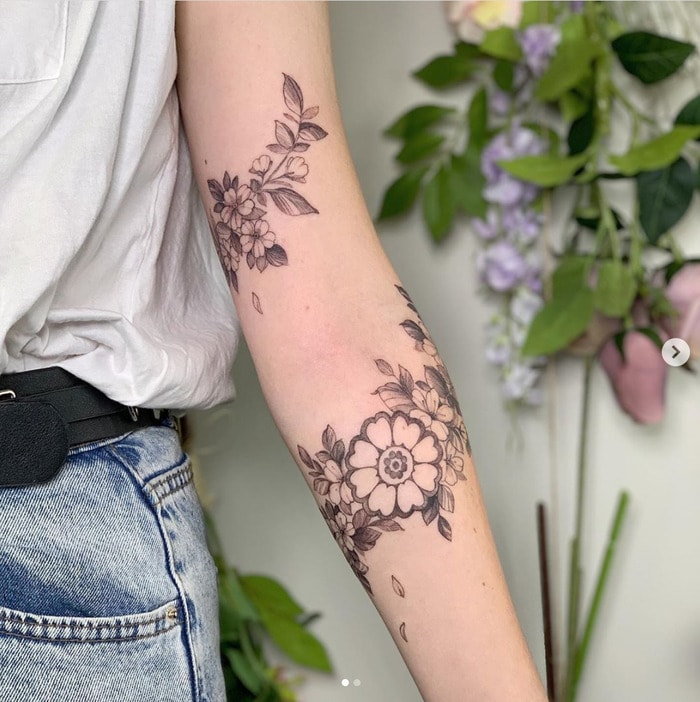 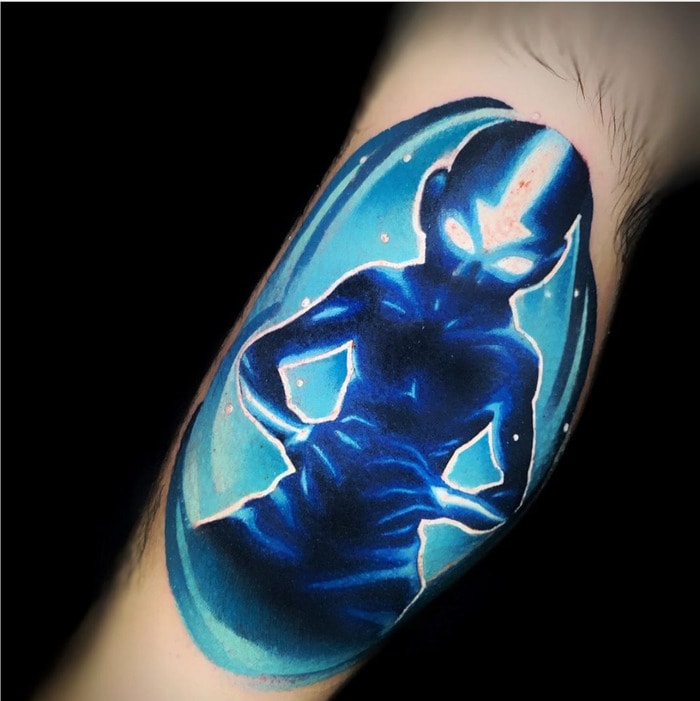 7. Everyone needs a little self care time. Appa tattoo by Tiggy Tattoos. 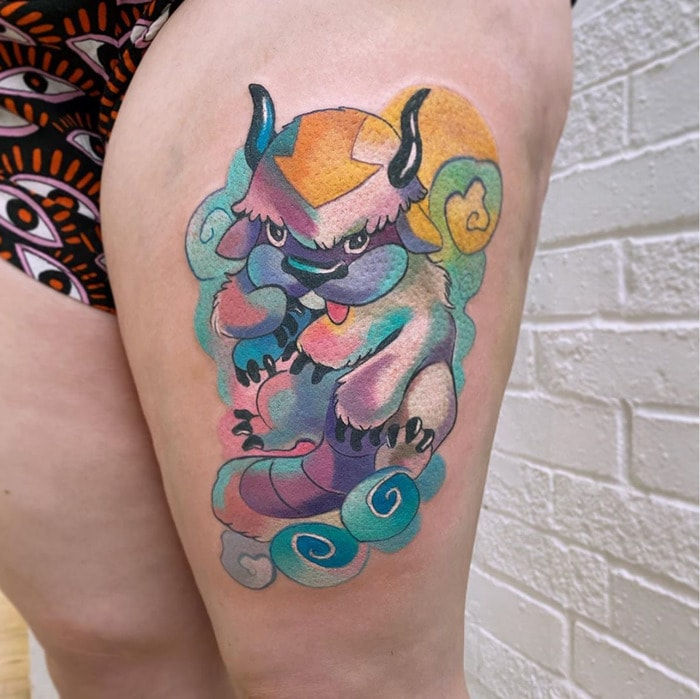 8. The feathery tails of these koi fish by Bear Patton have us hypnotized. 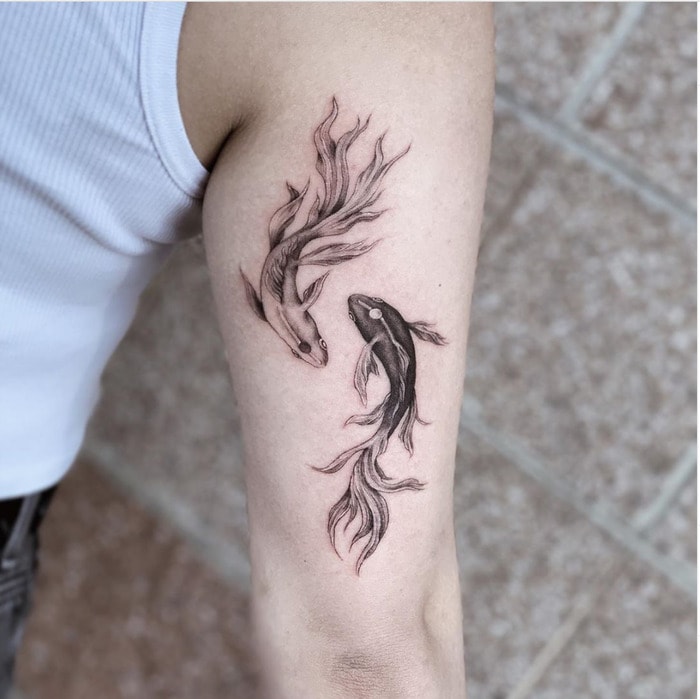 9. Everyone’s favorite winged lemur, Momo by Momo Miel. Also the only winged lemur we know, so the odds are kind of stacked in his favor. 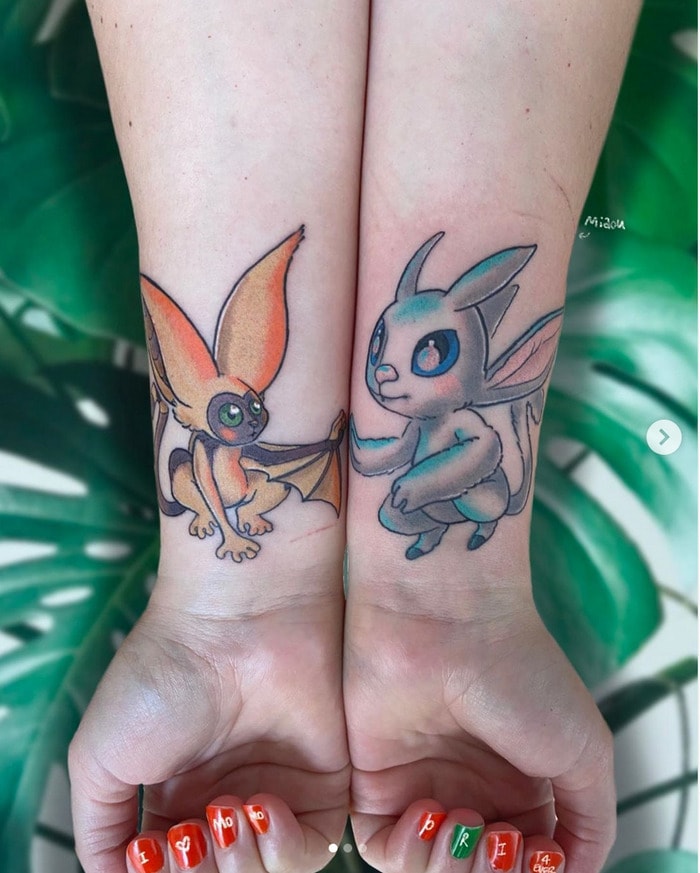 11. Now would be a good time to move out of Aang’s way. Work by Pautz. 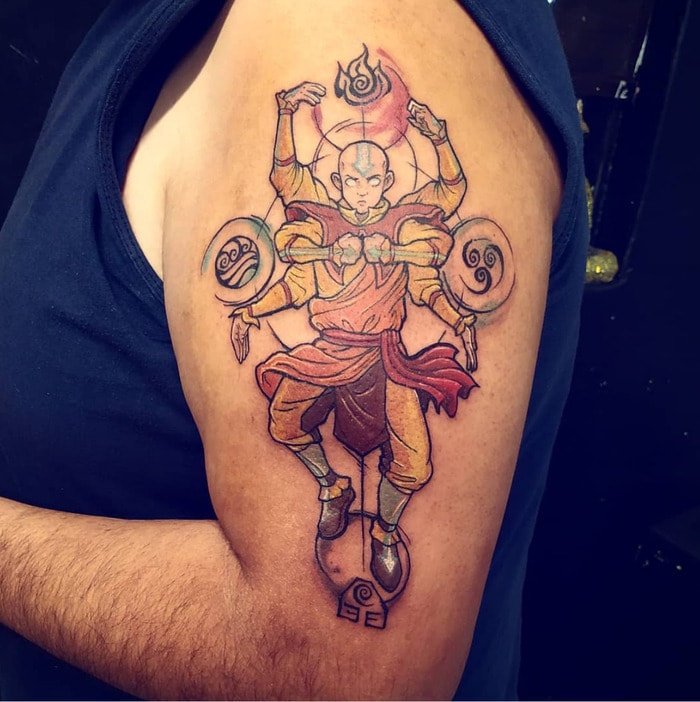 12. “It’s time for you to look inward and start asking yourself the big question: who are you and what do you want?” The same answer it always is Uncle Iroh. Bottomless mimosas! (Tattoo by Angela Emr) 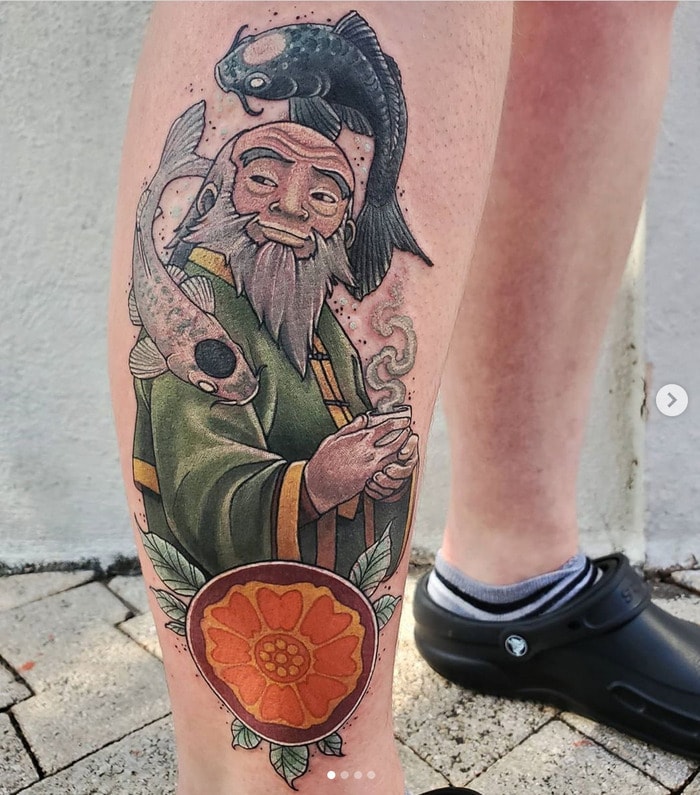 13. The ocean and moon spirits come together again in this tattoo by Lauren Williams. 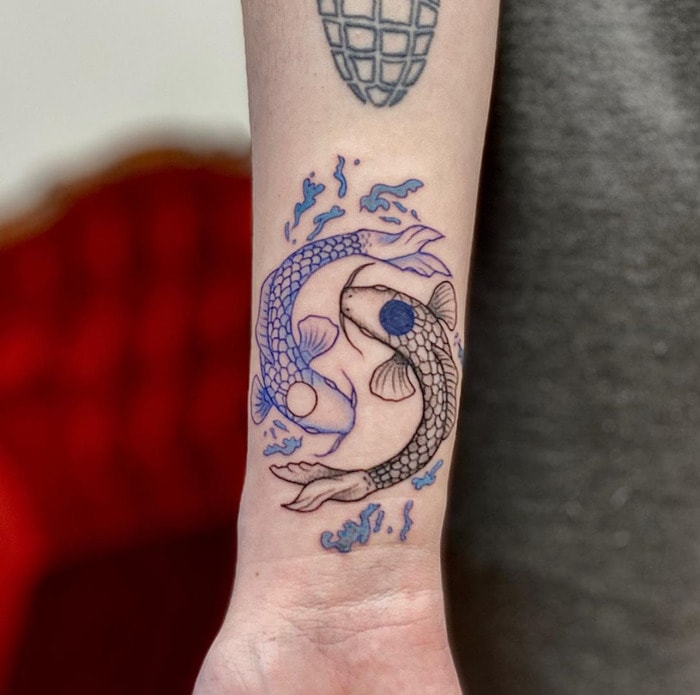 14. Not sure you want a witchy tattoo or an Avatar-inspired one? Get the best of both with an elemental tattoo, like this one by David Cox. 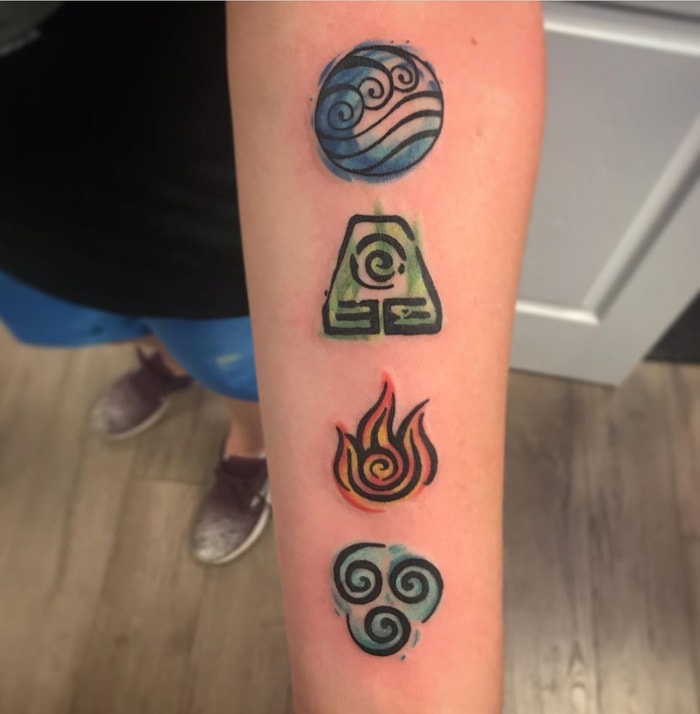 15. This Appa is giving us serious dozing Falcor vibes. Ink by Rat Girl. 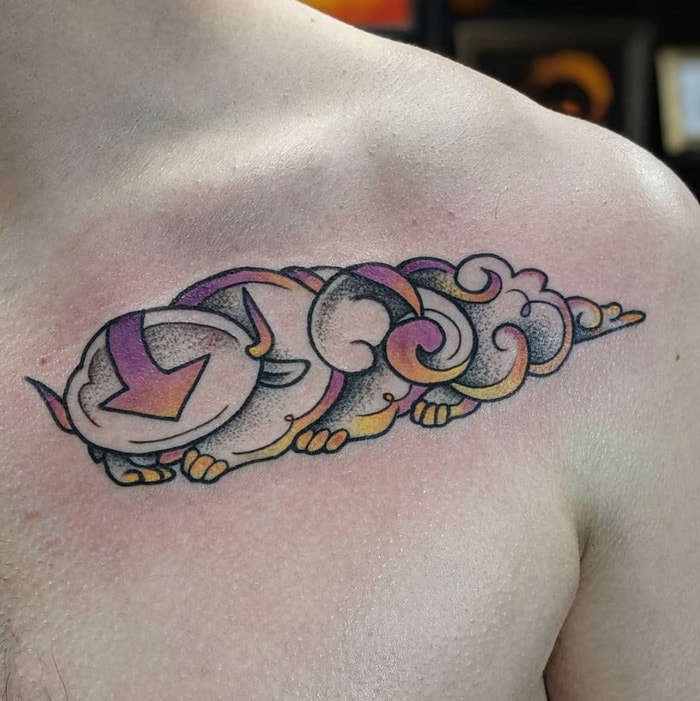 16. Aang, you look a little hangry. Maybe a snack? Work by Emily Schoichet. 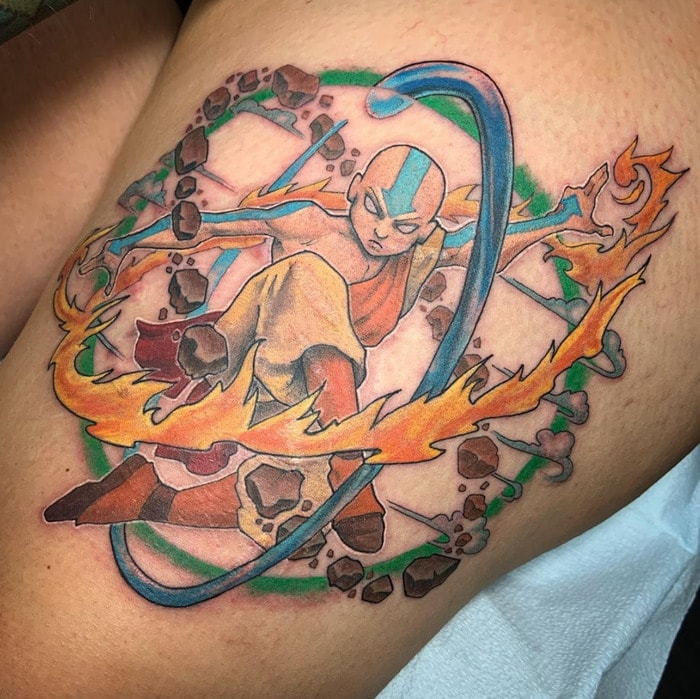 17. When it comes to cuteness, this Momo and Appa tattoo takes the cake. Guys, you can give it back now. Ink by Brynn Sladky. 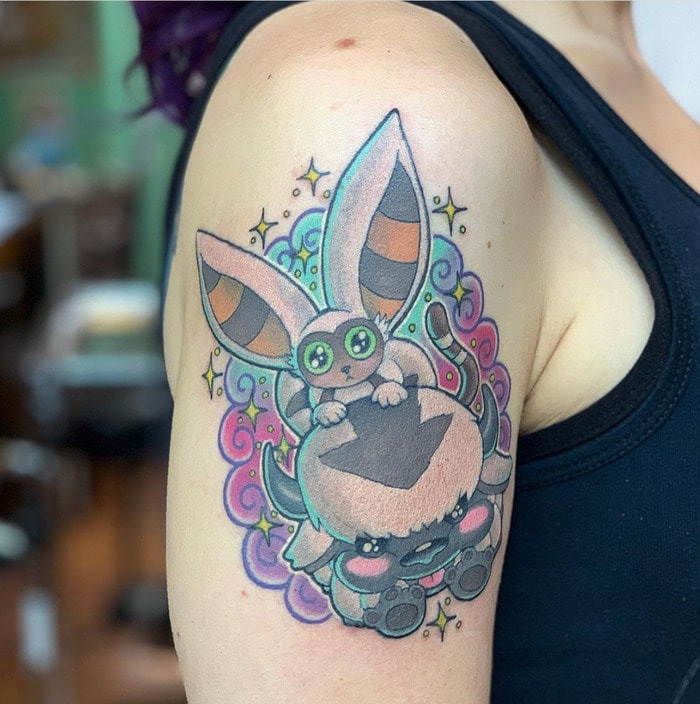 18. This Appa tattoo really makes it feel like he’s floating through the air. Or his edible just kicked in. Tattoo by Tiggy. 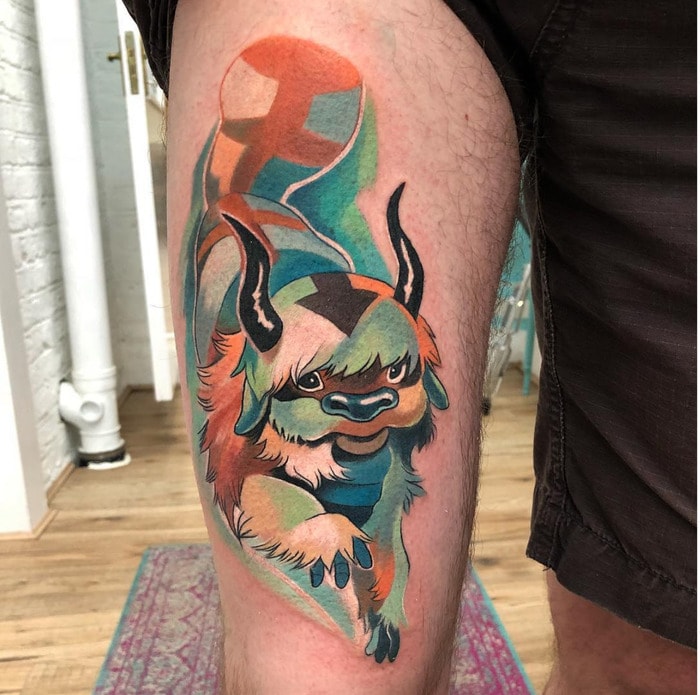 19. We can’t share a collection of Avatar tattoos without including Prince Zuko. Tattoo by Kacey Meg. 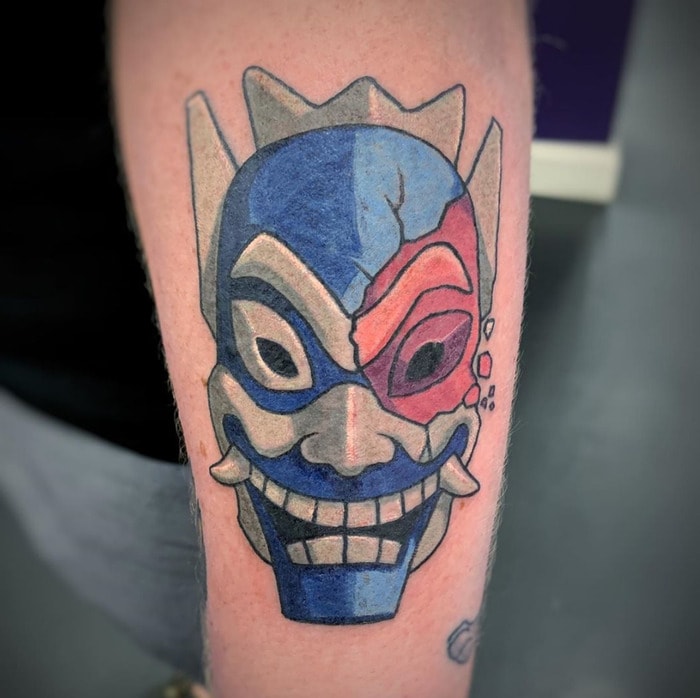 20. Closing it out with this Aang tattoo by Mike’s Garbage Art that’s stylistically similar to the animated show. 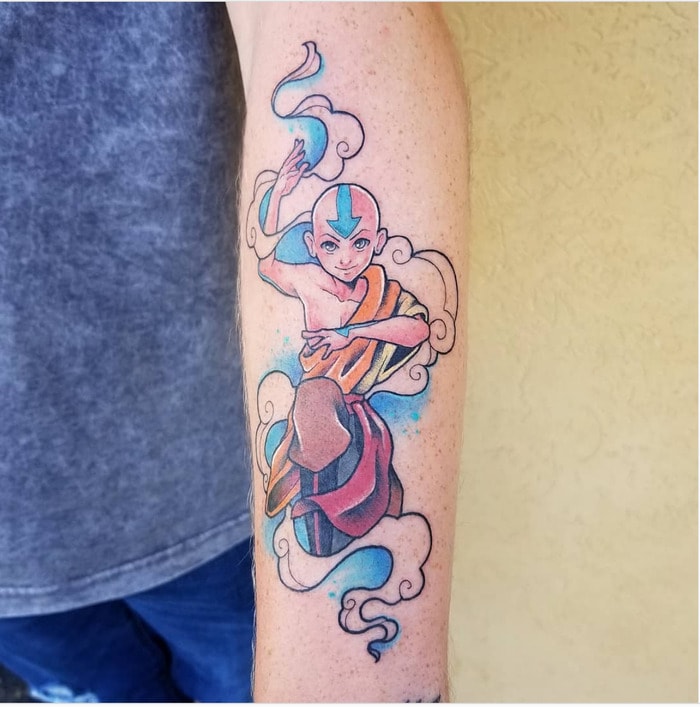 Latest posts by Rebecca Swanner (see all)
As an Amazon Associate we earn from qualifying purchases. This post may contain affiliate links from Amazon and other sites that we collect a share of sales from.
53.1K shares