So there’s this athlete. Simone Biles. If you haven’t heard of her before, please let me know where I should send flowers because you clearly just woke up from a coma and this is the first thing you’ve seen on the Internet.

Simone has been making gymnastics history for the better part of the last decade, and her entry into the 2020 Tokyo Olympics checked off yet another record: she became the first American in 30 years to qualify for all six Olympic gymnastics events.

We couldn’t even qualify for our family corn hole tournament. 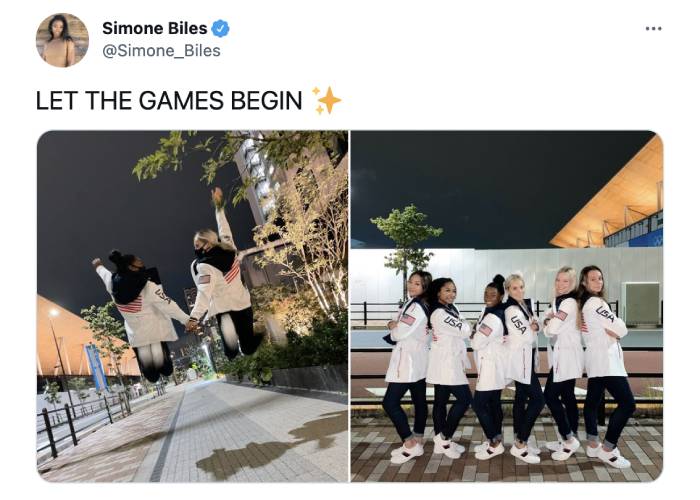 Earlier this week, the gymnastics games kicked off with the team competition. After Simone completed a shaky vault pass, she made the decision to withdraw from the remaining three events, citing medical mental health issues.

Later, she also decided to withdraw from the all-around individual competition.

Her decision has been met with plenty of responses. Many are praising her for prioritizing mental health. Some are saying that as an Olympic athlete, she should display more mental toughness.

Let’s see those people squeeze into a leotard without getting winded. Never mind dealing with a global pandemic, a delayed Olympics, and having the weight of Team USA on their shoulders. Oh, they can handle all that? Then can they do our taxes, too?

Simone is a record-breaking athlete who has dedicated her life to becoming the best gymnast in the world, but she’s still human. No one would think twice if an athlete pulled out of a competition for a strained muscle – why should the brain be different?

By putting her mental health first, Simone not only demonstrated more mental awareness and maturity at age 24 than I did in my entire 20s — I have the receipts from Ben & Jerry’s and Total Wine to prove it — she’s also helping change the game when it comes to prioritizing mental health.

Tennis star Naomi Osaka also demonstrated this priority by taking a two-month break to focus on her mental health prior to the Olympics. 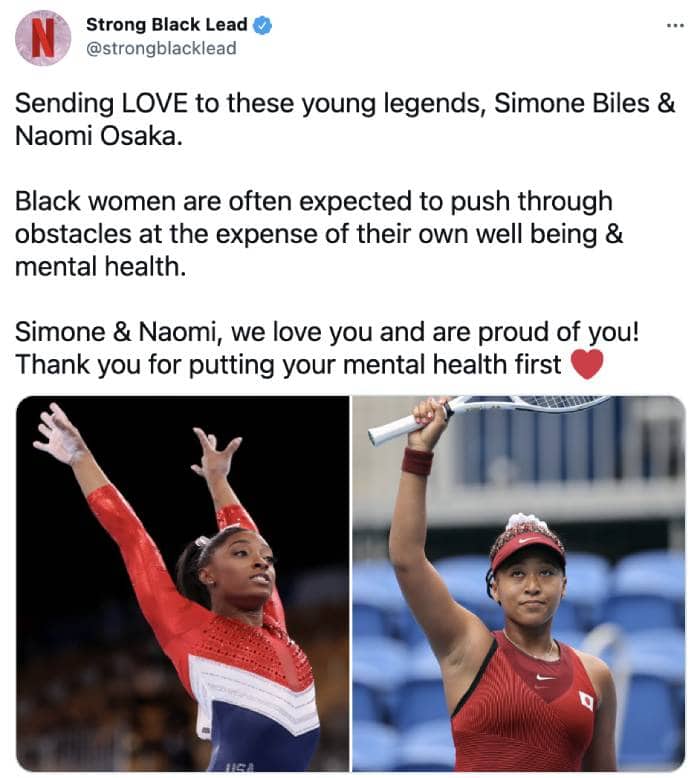 These young athletes are showing the world that mental health matters.

No matter who you are, it’s important to acknowledge when you’re burned out. And when your computer is burned out. That’s what that smoking smell is.

To honor the greatest of the greats and to support her smart decisions, here are some of the best moments from Simone Biles’ career.

In a time where Corona just made you think of skunky beer, Simone qualified for her first Games. She scooped up gold medals for the team competition, individual all-around, vault and floor events, and a bronze on beam. Phelps, who?

The Olympics isn’t the only time gymnastics exists – there are World competitions, too! And in 2019, she obliterated multiple records.

Medals-shmedals. Simon took her GOAT status to the next level by naming new moves after herself. Yes, that’s a plural “moves.” First up on floor is a double layout with a half twist. Or as I like to call it: “How did she end up facing the other direction?”

Simone doesn’t stop at one. In 2019, she introduced the world to the Biles II on floor, which is a double backflip triple twist.

My brain gets tired trying to figure out which way she’s turning and where, yet Simone still manages to keep track of where the floor is. I could have sworn it was two feet to the right.

Moving onto beam! The Biles: Beam Edition is a tricky dismount that consists of a double twist, double backflip. At the same time. All together. In one breath.

And that’s after flipping and jumping and twisting on a platform that’s the size of your phone. But hey, good job on folding your laundry today!

This move isn’t named after Simone, but she’s the first woman to ever execute it in competition…or attempt it at all.

In May 2021, she stunned everyone by not only landing this insanely difficult move, but having so much power behind it that she even over-rotated slightly.

For those who didn’t grow up on bouncy blue floors with hand blisters, that means she had so much extra power after propelling her body off a stationary vault and flipping it two times in the air, she almost could have flipped even more. Speaking of, how are those pancakes coming?

Simone doesn’t just dominate on the gymnastic floor – she can tear up the dance floor too! In 2017 she competed on Dancing With the Stars and although she ended up placing fourth overall, she did bless us with a glorious one-liner.

After the judges commented on her lack of smiling during a steamy Argentine Tango, she responded, “Smiling doesn’t win you gold medals.” My hands are still sore from clapping.

Latest posts by Hannah Rex (see all)
As an Amazon Associate we earn from qualifying purchases. This post may contain affiliate links from Amazon and other sites that we collect a share of sales from.
399 shares