When it doubt, ask a scientist. Why? Because if you’ve ever watched a single sci-fi movie, they’re always the ones who try and warn us about the dangers that lie ahead. Whether that’s climate change, pandemics, or letting dinosaurs run rampant all over a tropical island.

They also apparently know about the dangers of trying to quickly cool a warm beer. If you’ve ever tried to chill a beer by throwing it in the freezer and then coming back later to a bunch of icy glass shards, maybe try throwing it less hard next time. Also, unless you’re intention is to explode your brew, the freezer is not your friend.

So how do you chill a beer quickly? We’re so glad you asked. Mostly so we could ask a handful of physicists who specialize in thermodynamics. It’s been a slow news week. 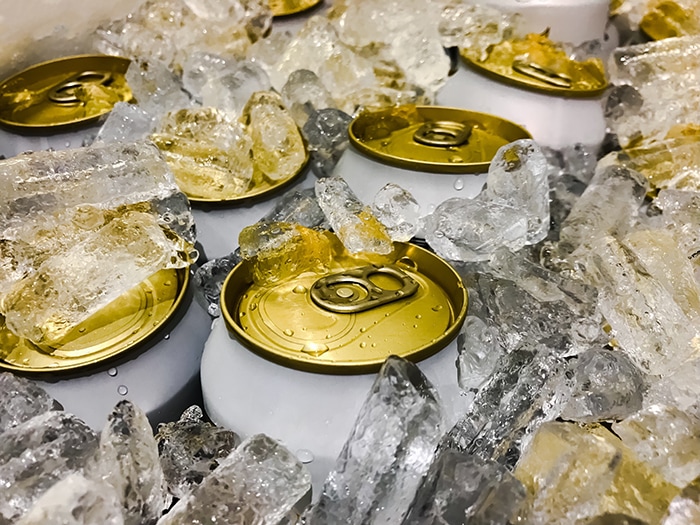 How to Chill Your Beer Fast

We’ve already mentioned you don’t want to put your beer in the freezer. So, what do you do if you just got back from the store with a case of warm beer and your party is starting in ten minutes? Fill a bucket with ice, cold water, and salt. And, preferably, aluminum cans, not glass.

Professors David Caroll and Jed Macosko explained that to rapidly chill a beer, you’re going to need to create a big temperature differential between the inside of the can or bottle and the outside. Basically, the outside of the container needs to be a lot colder than the inside.

Onye Ahanotu, an Applied Physicist and Winemaker at Ikenga Wines, agrees, saying, “to improve this heat transfer even greater, we can have a phase change caused by the heat transfer.”

Ahanotu continues, “the issue is ice water will still only get down to 32° F at the coldest. If we add salt to ice we can depress the freezing point of water so that the ice melts partly and the temperature can be closer to 28° F.” 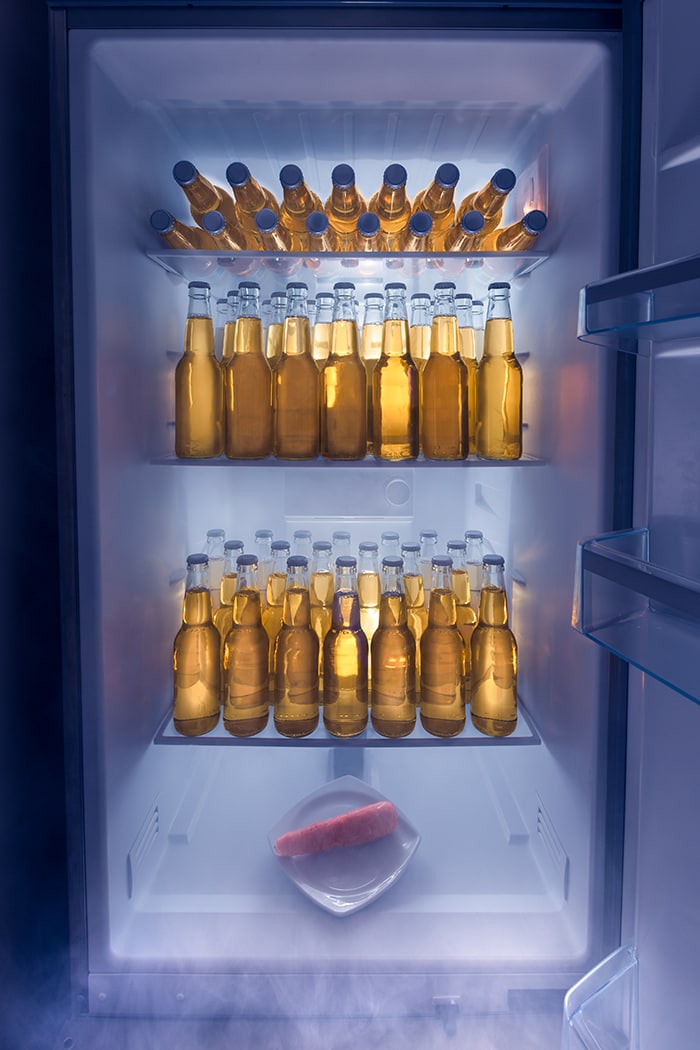 So, ok, why doesn’t the freezer work, then?

Caroll explains, “The freezer has a greater temperature differential…but the cold air doesn’t conduct heat away as fast as the cool water.”

To help all the liquid inside the beer can or bottle touch the surface you’re cooling in the salt bath, gently spin or rotate it. (Get your friend who decided to arrive early to do this.)

Macosko advises against shaking it as that’s generally bad for actually drinking the beer later. But, there are devices like the SpinChill or Chill-O-Matic which will gently slosh the liquid around for you. 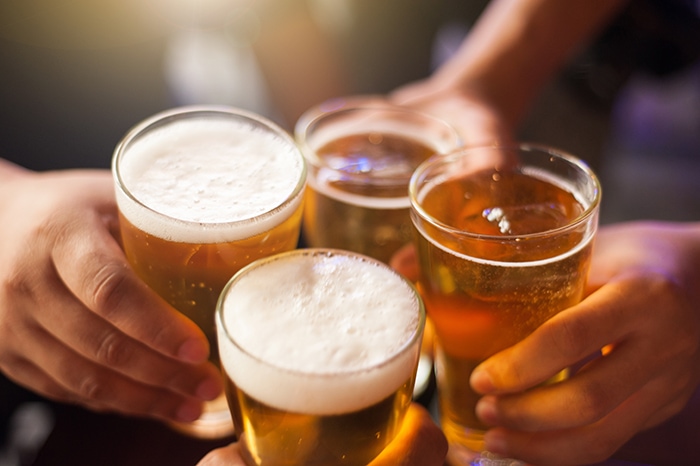 How to Create an Ice Bath for Your Beer

Here’s Ahanotu’s step-by-step approach, which he says “is the same approach that they use for deicing roads.” Candles and wine not included.

1. Get an insulated container (not made from steel).

3. Add beers and another layer of ice.

4. Add a lot of table salt. Allow this to partially melt and stir the ice.

Why You Shouldn’t Chill It Too Quickly

Despite the effectiveness of this method, there is one issue. As Caroll explains, “the trouble with cooling beer quickly is that it bruises very easily.”  In layperson terms, that means you might end up with skunky beer.

So although the three physicists offered some over-the-top solutions — like using spraying your cans with liquid CO2 — we wouldn’t recommend these. Also, as Caroll pointed out, a rapid chilling method “can damage the beer if you create ice on the inner side of the can [or] bottle by freezing the water in it.”

Honestly, if you’re drinking some beers you probably won’t notice if you “bruise” them a bit. But, we recommend you instead stick with the low and slow-ish method that’s still faster and more effective than your freezer.

Latest posts by Rebecca Swanner (see all)
As an Amazon Associate we earn from qualifying purchases. This post may contain affiliate links from Amazon and other sites that we collect a share of sales from.
394 shares